Solar Shifter EX is a case of style over substance, with gorgeous environments spread out over eighteen very difficult levels. It does not necessarily bring much new to the table, but the overall experience is a solid if unspectacular one that should appeal to fans of the shmup genre. 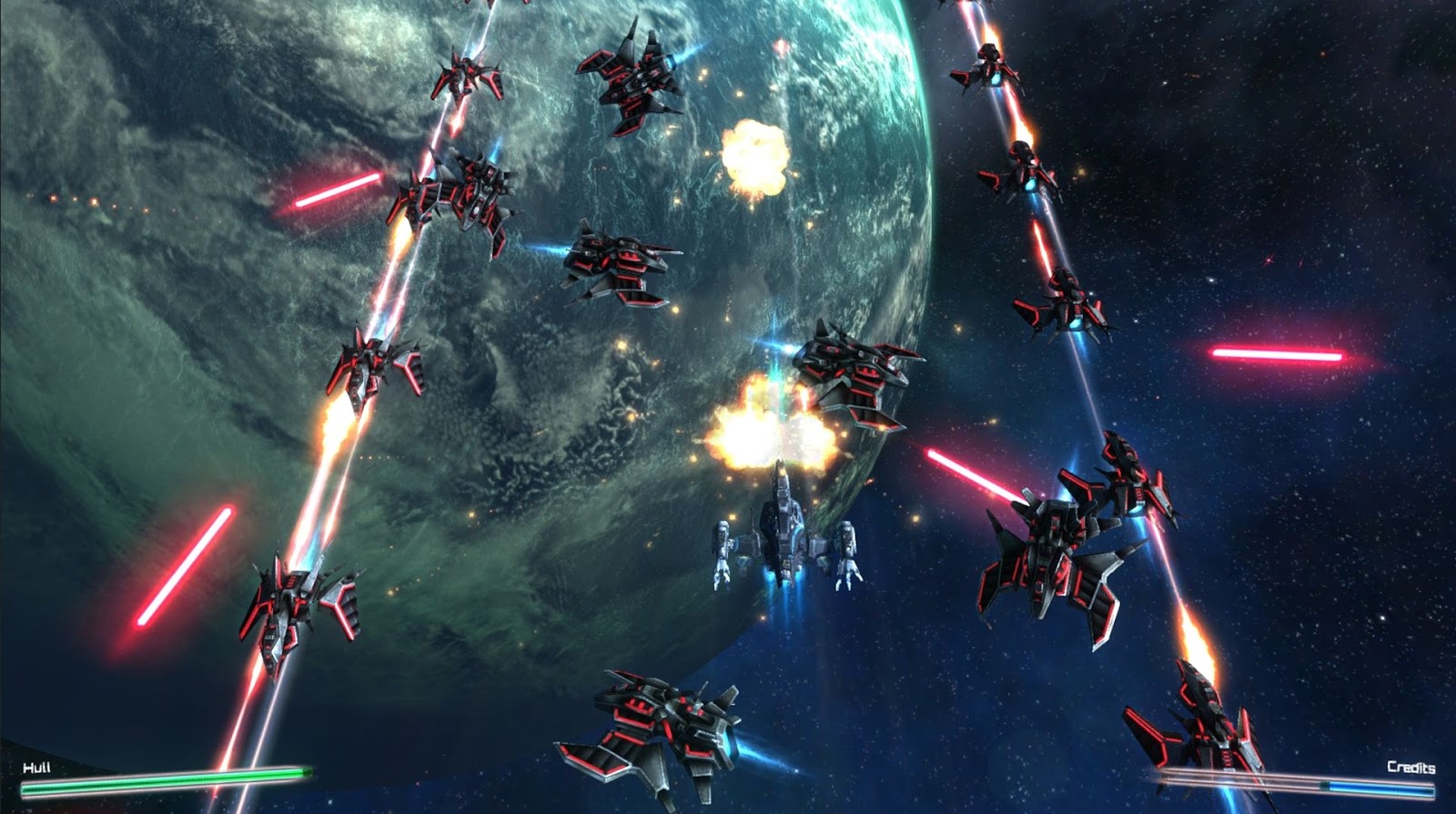 The backstory puts us as a race having exited the solar system to find new life on new worlds. However, the life we found was of the hostile alien variety that led to our defeat. This is the story of a last ditch effort to gather enough resources to help spare what life we have left. It is a bleak, grim setting that actually works quite well – though before long any and all story winds up little more than backdrop for the escalating shooting experience that Solar Shifter EX has to offer.

To its benefit, Solar Shifter EX has a few dozen enemies and four different ships you can use to help add variety to the game. However, the standout feature is the shifting mechanic. Without a doubt, this is the freshest part of the game, allowing you jump around the screen to different locations – handy for when you get pinned in what would otherwise be certain death. It kind of reminds me of jumping around in Velocity as well. 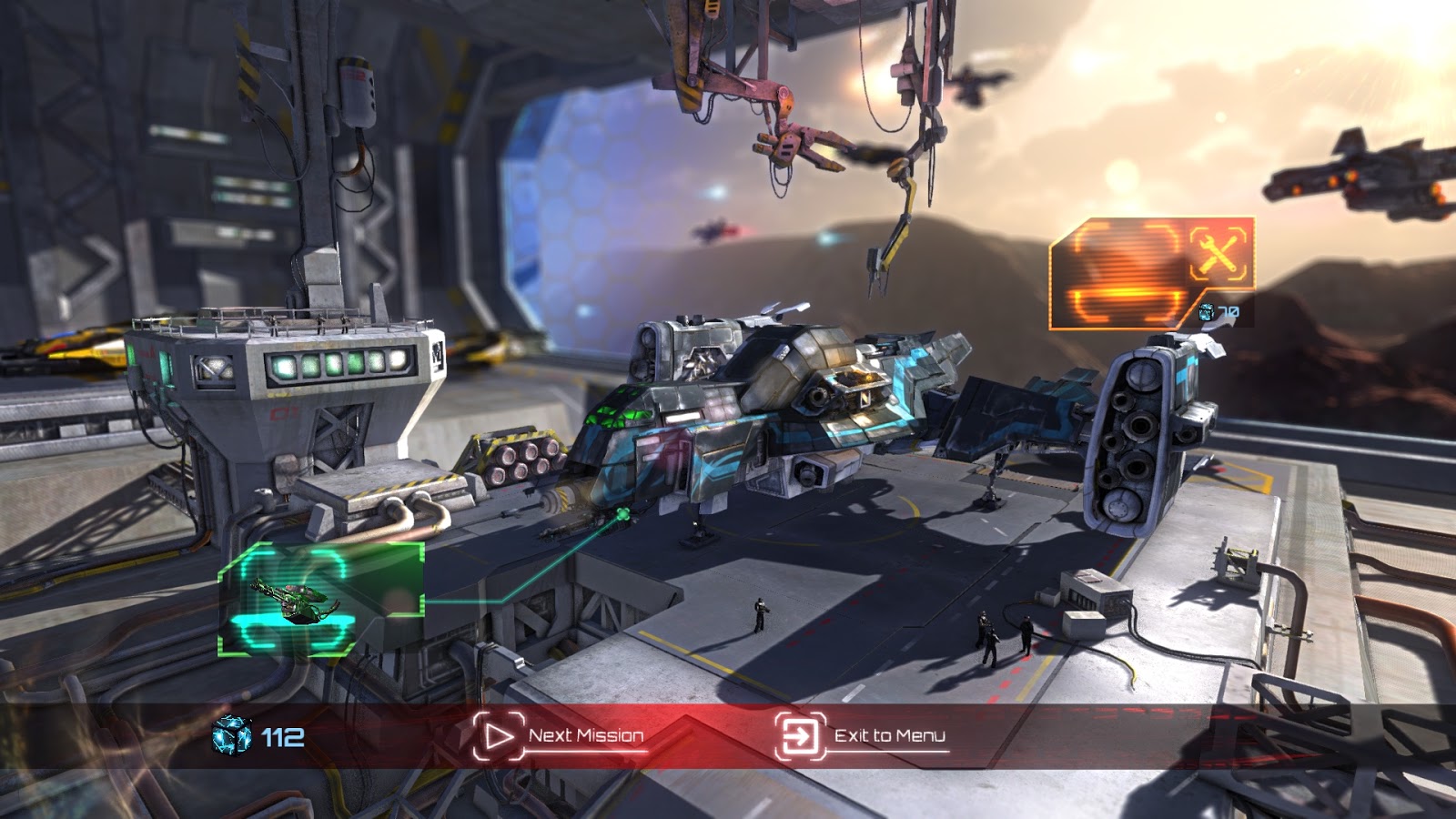 While this is still a quick-twitch game that will test your reflexes, the checkpoints along the way help to ensure continued progress. The upgrades for your ship is one area where I think the title could have taken a bit more time and effort, creating more unique ways of battling enemies. In reality however, they are really just more about dealing some extra damage. Also, the three alien ships are used as sort of a sub-level experience, not something you can unlock for main level use. It makes sense that as a last ditch hope, this ship is the only one you really have at your disposal, so I appreciate the additional variety the alien ships provide, but some sort of unlockable system with alternate ships or weapons would have added some replay value to the game.

In terms of the bells and whistles, Solar Shifter EX holds up well with pulsing music that really fits the pace of the game. The environments have a sort of 3D look to them that is both beautiful, but at times also distracting. It is a tough line to straddle – because shooters should be pretty, but so often the details on the screen mean life or death. If colors blend or details merge or get lost in foreground versus background, it can make some of the deaths you suffer feel somewhat cheap and unwarranted. This does not happen very often, and the aforementioned checkpoints help to soften the blow, but I cannot help but feel like this could have been managed better. 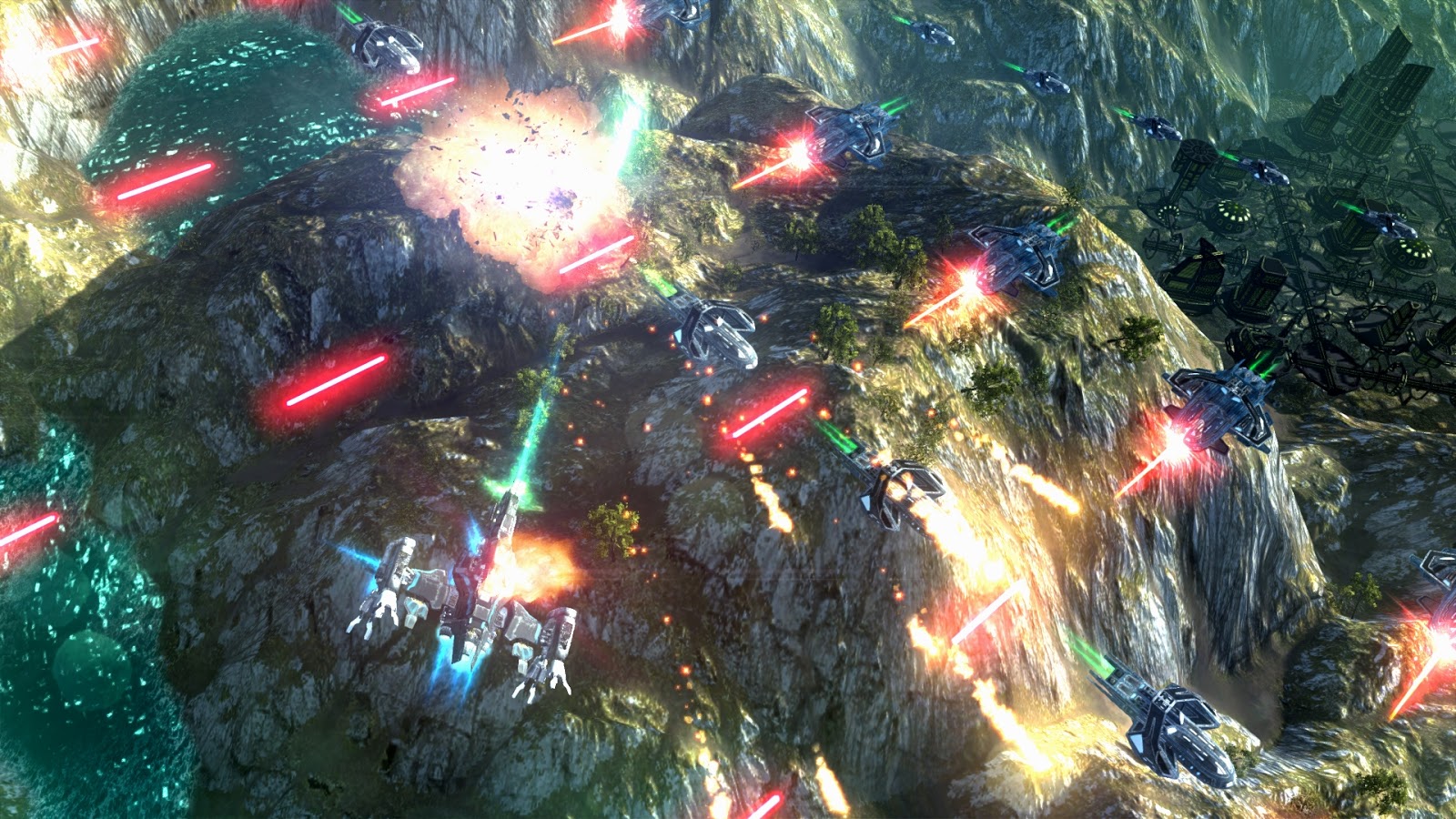 I highly recommend using a controller for this game. The keyboard is just not as easy to maneuver with, and I ran into an odd issue where shifting sometimes failed to work when my keyboard. I am sure it was just me and something to do with my reach/striking of the key, but it was odd I never ran into that problem when just using a controller.

Solar Shifter EX does not bring a whole lot new to the table, and as a result it is a game that is unlikely to convert new players to the genre. That being said, if the shoot-’em-up genre appeals to you, one and a half dozen levels of challenging space shooting should be right up your alley. It does not take a long time to burn through those levels and there is very little replay value to be had, but the trip is a solid one while it lasts.