It’s Super Mario! I would have killed for something like this when I was a kid. I always had a tendency to latch onto games with creation elements, and that really has not changed over the years. Super Mario Maker is almost exactly what I wanted thirty years ago. Better late than never! 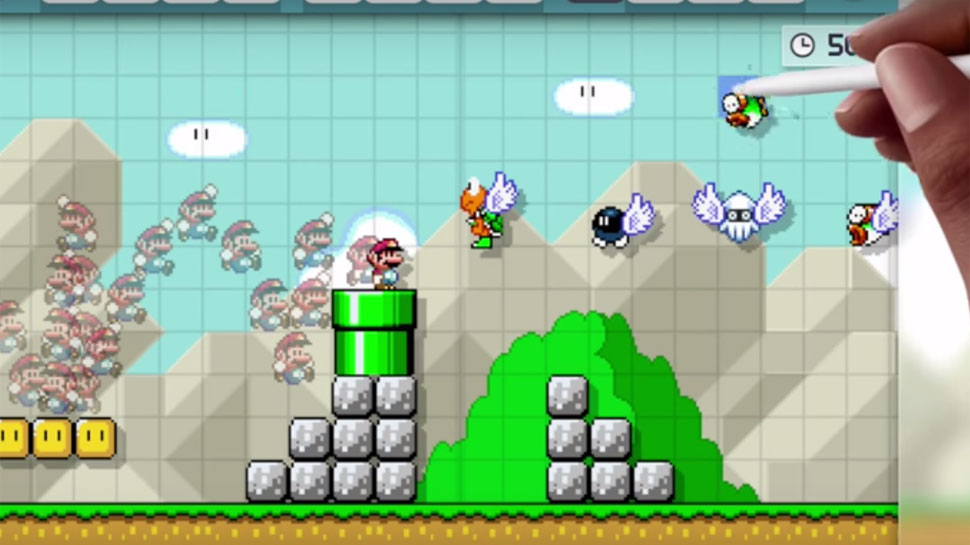 I have to work in the word ‘almost’ with that above sentence, because there are a handful of things that were still missing that really would have completed this particular package. Still, the way things begin is great. There is a wonderful sense of humor on display as you guide Mario until… you can’t anymore. Then it’s time for the game to start giving you guidance.

Nintendo has always been the best about using their unique interfaces for the Wii and Wii U, and that remains true here as well. This is the sort of game that could not have been properly made (despite what my ten year old self wants to believe) without a touch interface. It is so much faster and more intuitive. It also provided us with one of our biggest laughs as my oldest daughter was drawing in some terrain, and happened to look up at our television for the first time in a while. The Wii U simulates a hand on the television that represents what is happening on top of the tablet controller. After that, my daughter just kept said it was freaking her out. 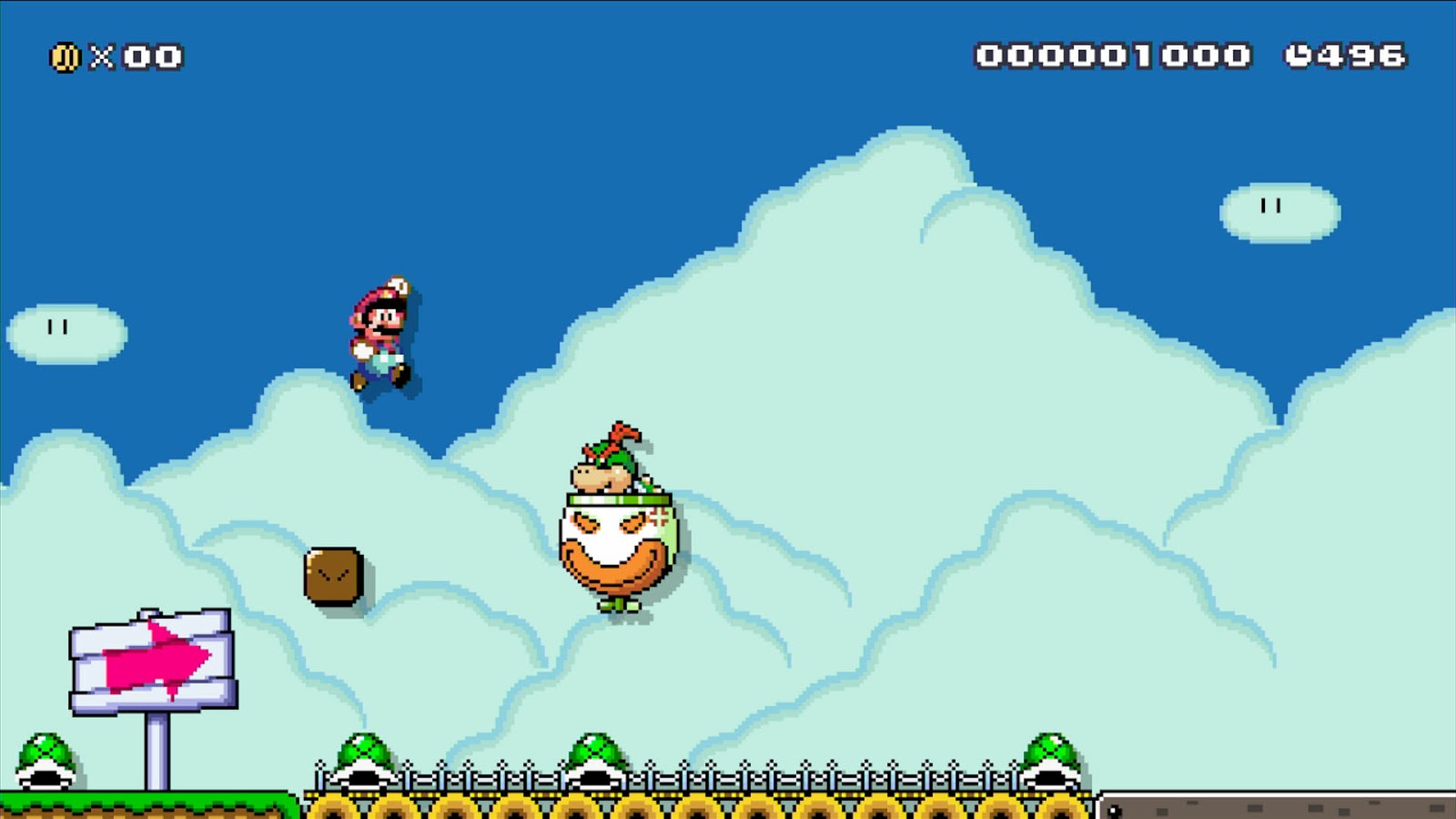 It is the little details like that, or the musical sound of stringing together large chunks of terrain, or the wide range of tools you unlock to help build levels that really resonates with this particular package. It is a game, and a game maker. Super Mario Maker gives us the keys to the car, teaches us the basics and then lets us drive and see where we go. My family has had this game in constant rotation since it came out – including my wife, who hardly plays video games but once she realized what we were doing? Well, she wanted a turn as well.

The number of levels you can create as well as the ability to share and download those made by others gives this title an almost indefinite shelf life. Nintendo has included many of their own levels, and some of them are incredibly creative – a great form of show and tell as it lets players know just how good a finished level can be. Of course, with anything like this, there are plenty of duds out there in the internet to download as well. In truth I had far more fun with our family’s levels than worrying about what other people strung together, but I did find quite a few that were still entertaining.

For all of the things that Super Mario Maker does right, there are a handful of small things it gets wrong. Finding content from friends is a chore. Having to unlock items seems like a good way to keep people coming back for more, but it also feels very restrictive at times. Lack of sloped levels was a minor bummer. Lack of checkpoints was a huge bummer. I really did not expect a Super Mario 2 system to be in here (after all, it is so very different from the rest of the series – no surprise given its non-Mario origins) – though I was still a little disappointed (I always enjoyed the game). 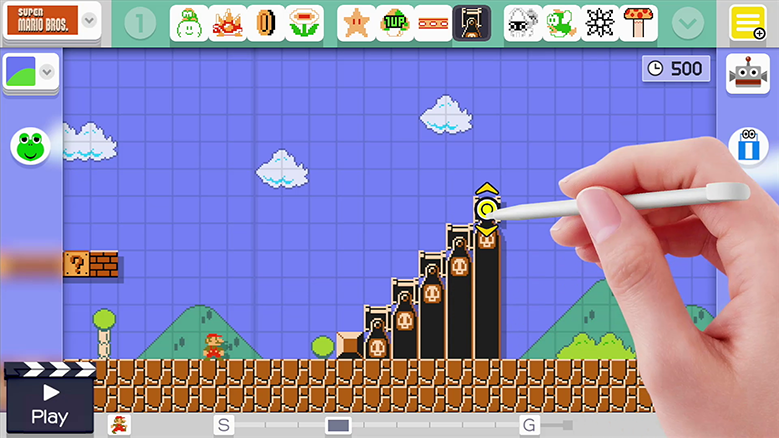 However, for all of these minor missteps, Super Mario Maker generally gets it right. The interface is incredibly intuitive. Making someone beat their level before being allowed to upload it is a nice check and balance. The way you can bring in elements from newer Mario games into older ones really opened my eyes to the numerous possibilities before me. Super Mario games have never really been about the narrative – but they are wildly imaginative, with beautiful visuals and enchanting sounds. Here you get to harness those characteristics for yourself.

Super Mario Maker is arguably the best use for the Wii U tablet controller yet. It is quite literally fun for the whole family as well – ranging up from you youngest daughter through my son, other daughter, wife and myself. We have had no shortage of fun designing levels for others to play, constantly trying to one-up each other in clever designs. This is an amazing toolkit that is both polished and approachable. There are some shortcomings, but on the whole this is the game I have been wanting – for thirty years now.