What do you get when you mash up a procedurally generated map like Zelda or Binding of Isaac, make it a 2-dimensional platform exploration game sort of like A Valley Without Wind, and then put in combos and air dashes from Guacamelee?  Ascendant is all of these things and more, and boy is it punishing.  The tutorial will teach you absolutely everything you need to know to get around, to survive and to succeed, and along the vein of Demon Souls, you can beat this game without a single upgrade if you have the situational awareness, reflexes, strategy and timing down pat.  For the rest of us lesser mortals, though, you are going to need every last bit of health you can scrounge up, parry just about anything that comes anywhere near you, and get the best weapon you can RNG into your hot little hands. 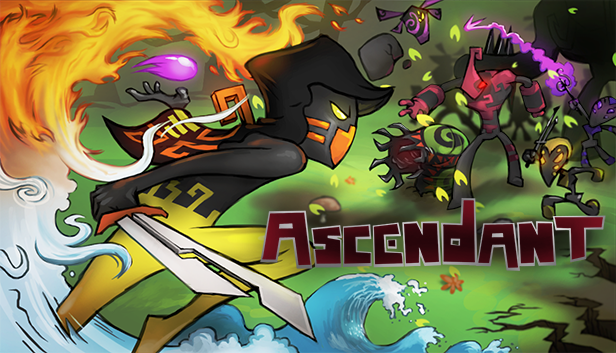 The art style reminds me a lot of ‘A Valley Without Wind’… which was not a visually impressive game.  I am personally not a fan of the look, at all, both in how everything feels so flat and in how the animations seem not to quite match up with the world around you.  If you have ever played a game where your walking animation did not quite match up to the rate at which you moved along the ground, you know exactly what I refer to.  The colors are liberal and vibrant, and each level has its own look, its own feel, and its own set of enemies that differentiates it from the others.  Keys open locked doors, currency (or health) can be spent in shop rooms for power-ups, and all the other tropes you come to expect from a game of the sort.

The aural experience is a bit disappointing for me, along with the visual style.  The music is oddly soothing and not at all what I would want in a game where I have to kill everything in sight.  The sounds, on the other hand, are essentially what you would expect.  The timings for the sounds are good, the quality of them is also dead on the mark, so if you turn the music off or just play your own power metal on the PlayStation, then you might have a far better experience. 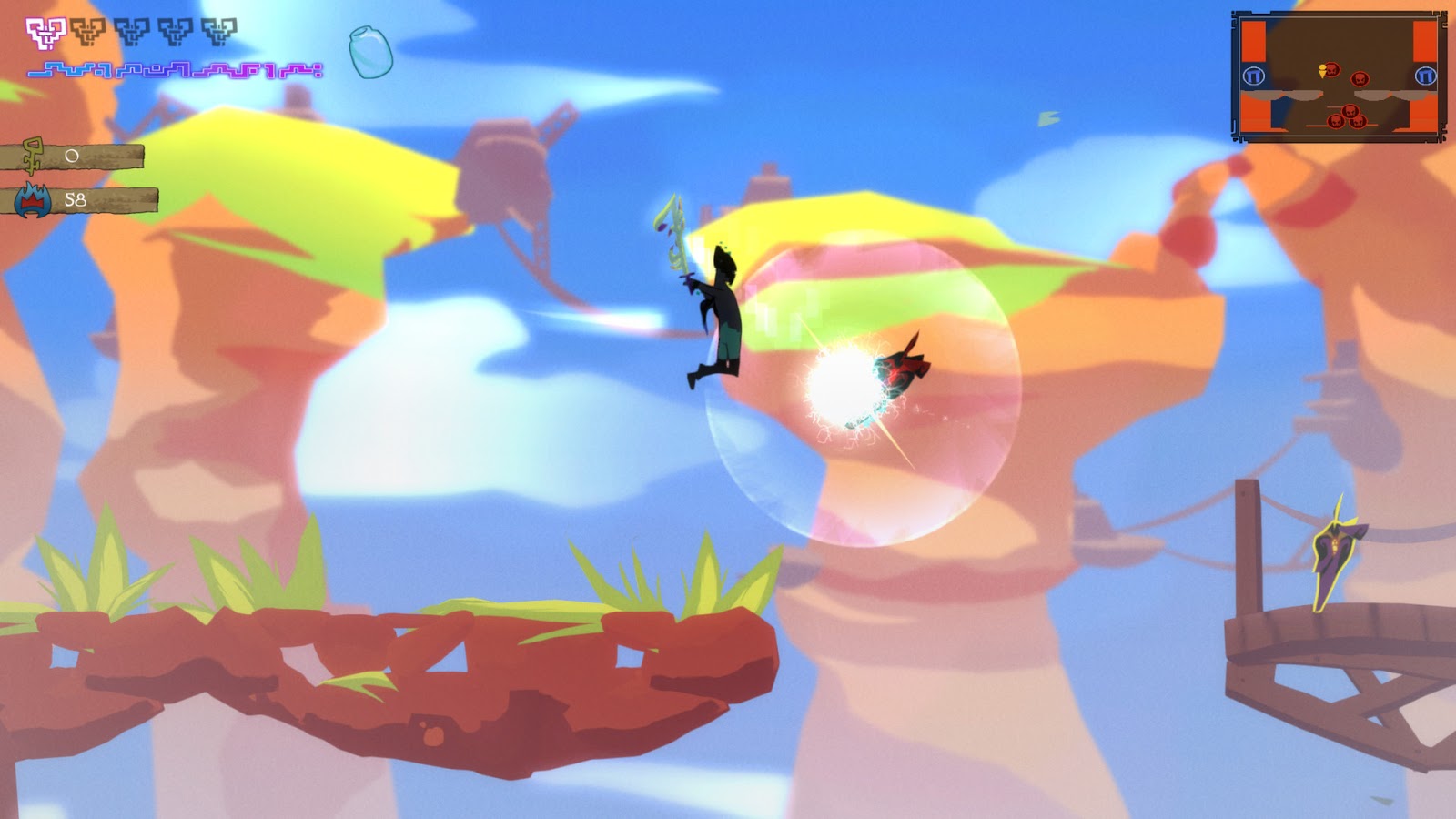 Combat is what you make of it, in this game.  You have magic, but it is mostly ineffectual at first, until you unlock better spells, although it can be used to take out weak fliers.  A strike ability and a launch ability give you two types of attacks, and that is mostly where the combat system ends.  There are no formal combos to pull off, which means you can slash endlessly until you feel like launching them, and don’t have to wait until the right stage in the combo chain… but instead of leaving the combat open and fluid, it feels more shallow and uninspired.

At the end of the day, you will either just hack and chop at things until they die, or launch them at each other/onto spikes for an insta-kill.  This holds true for most enemies, in that little bugs can be attacked in the same manner as ranged shooters, which are dealt with in the same manner as jumping goblin types.  You can reflect projectiles for massive and typically unerring damage, or you can chop at them and launch them around… and the game really would have benefited from some more options.  Controls are, at least, tight and responsive, so if you overshoot a mark, don’t parry quickly enough or just flat out jump onto spikes, you really have nobody to blame but yourself. 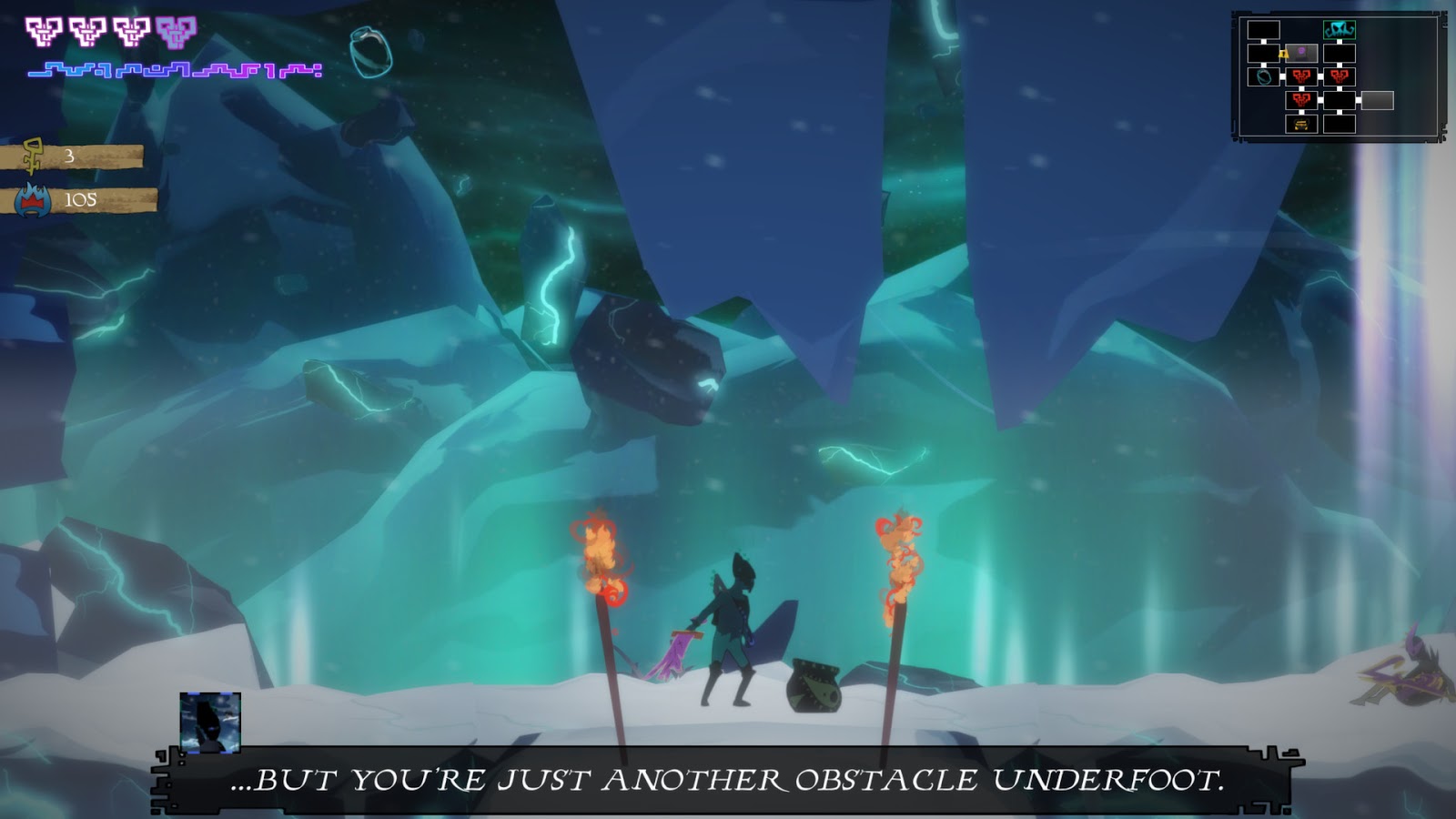 Bosses are varied and challenging.  Some require you to spam parries, others can be zerged down, some have adds to manage, some have to have the environment manipulated before you can even hurt them.  Boss battles are quick and ruthless, and typically either you or the boss will be dead within 30 seconds, but they are fair, if punishing, and enjoyable.

Despite all of my complaints and noted drawbacks for this game, it is enjoyable and more than worth the price tag.  As you play, you will unlock more spells, more weapons, more characters, and with these you can progress further and unlock even more options for success, but the only experience you can grind to make things easier for yourself is your own skill as a gamer, and not a variable in the code… and if you do happen to beat the game and ascend your favorite character?  Good news, now you can’t play as him anymore, and have to start getting good at an entirely different play style.  Did I say good news?  Well, its good to masochists at least!