Some movies are advertised a lot but when I watch them I wonder why. “Black Mass” is one of them. The story is about a gangster who makes a deal with an FBI agent in order to bring down the Italian mafia in Boston during the seventies. At first I thought the movie’s problem was going to be Depp’s make up but I was wrong. In fact, Depp looking like a vampire makes sense because he is called “Whitey”, which probably means he has some sort of rare skin condition. On the other hand, the movie suffers due to a lack of focus, creativity and cohesion. 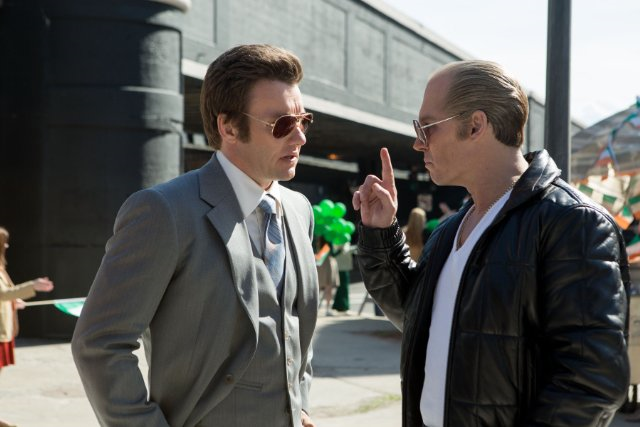 Many people die, however I didn’t feel tension because I didn’t care about any of them (except for Deborah), the agent has no antagonist and the action is interrupted, needlessly, by criminals narrating the events to the police. The story is divided between two main characters, the gangster and the FBI agent, trying to show two biographies simultaneously, which doesn’t work. If it focused on the good guy his words about loyalty, his change when he became successful and his disappointment in the end would have a bigger impact.

The plot has many threads that are not properly introduced or finished. We see Bulger, the bad guy, talking with his son, a scene which is also in the trailer, but the boy dies soon after. Bulger plays cards with his mother but she doesn’t appear again either. What was the point of these characters? We hear the villain changed after their death but his behavior stayed the same. His right hand man suddenly appears to have a girlfriend, who is murdered immediately. His brother, a senator, does not affect the plot and the same goes for his wife or the guy who gets beat up at the club. Very late in the movie we learn Bulger is connected to the IRA, which has major consequences, but there is no setup for this.

Perhaps the main let down is how simplistic everything is. The movie supposedly is about an alliance between a criminal and a man of the law to bring down the mafia. So, I thought they would make an intricate plan and deal with various threats but here is what happened instead (SPOILER ALERT!): Bulger told the FBI where the mafia bosses live, the FBI bugged their phone lines, the mafia bosses confessed their crimes on the phone and they were arrested. 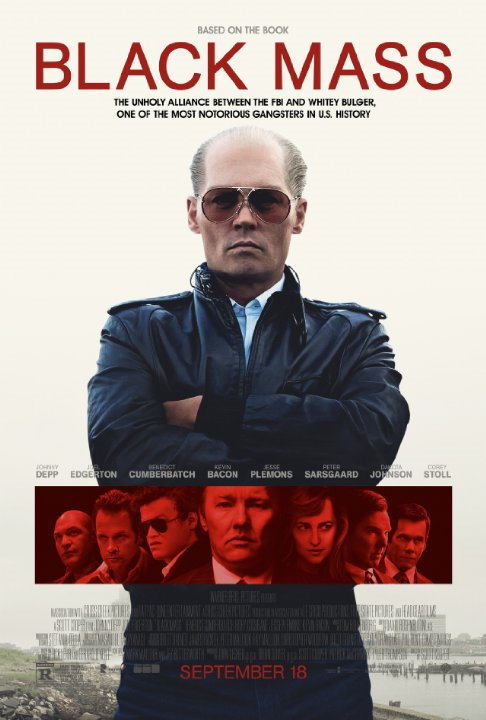 The direction is bland too, without any interesting shots, and some generic murders are the only action. At least Johnny Depp enjoys playing Bulger, a man whose favorite moments in life are when he strangles or riddles someone with bullets. Joel Edgerton impersonates the ambitious FBI agent, who is devoted to his old friend although he is a monster now. By the way, I would prefer to see Connolly visit, for example, his old neighborhood and show us in a flashback how Bulger saved him when they were kids instead of just telling us what happened. Also, why were the FBI stupid enough to let Connolly handle the case although they knew he was personally involved in it? Benedict Cumberbatch has the role of a senator and Corey Stoll plays the new D.A. but his appearance is very short. Lastly, I should mention Juno Temple, who is surprisingly good as the naïve, unlucky prostitute and should have a bigger role. Generally, the performances are satisfying.

“Black Mass” is a “rise and fall” story for two men belonging to opposite sides of the law; it sounds intriguing but has serious script problems. If you want a movie about gangsters the “Godfather” trilogy is great. Another solid choice is “Goodfellas”. “Black Mass” needed additional work in the writing department and a director with imagination.