Older gamers that started early will forever remember the times of the NES and prior in which games were “hard”. These games were hard in the manner that required perfect memorization of enemy types, moves, and stage layouts in order to make it over in one piece. Or at least try to. Cataegis: The White Wind brings back these harder days of old fitting in nicely with Contra, Castlevania, and Ninja Gaiden for one of the hardest gaming experiences that I’ve had in a long time. 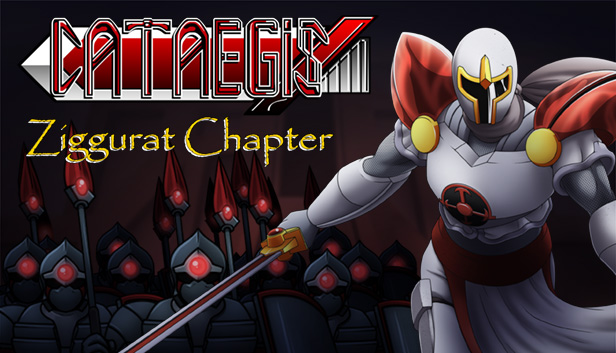 Cataegis: The White Wind is a 2D Retro Platformer that puts players in the shoes of Cataegis, an Elite soldier of the Neo Templar Order that has been given one single task. One day a Goddess named Ishtar descended to the Earth destroying an entire continent but by a sheer miracle not a single person was harmed or killed. Claiming to fight in her name, radicals soon flowed to her side and started a war with the rest of the world that would not submit to the Goddess’ rule. Given the task to remove the goddess from the picture, taking sword in hand our Templar sets out in white and red of his station to do the bidding of his superiors.

Gameplay wise Cataegis is honestly both a hit and a miss. Having designed the core of the system around two buttons and a D-pad in that much older school of gaming, our character can both jump and attack. There’s no real worrying about special abilities and combos. Running can be done by double tapping the directional button which makes Cataegis move faster as well as allowing for further jumps before even considering using the second jump for double jumping. Attacking is simply hitting the attack button that kills most normal enemies in about a hit and the larger ones in several. Holding the attack button powers up for a larger attack in which when hitting its mark wreaks devastation upon your enemies.

While the single attack works well enough, powerups are found that can be used until either picking up a new one or dying when our Templar runs out of Hit Points. These powerups change the nature of Cataegis’ sword attacks either for longer strikes, shooting out projectiles on angles, or instead containing one short but powerful blow for one of the smallest yet most powerful Claymores that I’ve ever seen. Like the main sword, each of these swords contain their own charge strikes that further changes the formula that can be used in combat against tougher foes. Also like the original, each weapon type contain a secondary charge move that can change a bad situation to a good one in a moment as long as there’s enough buildup for that charge. 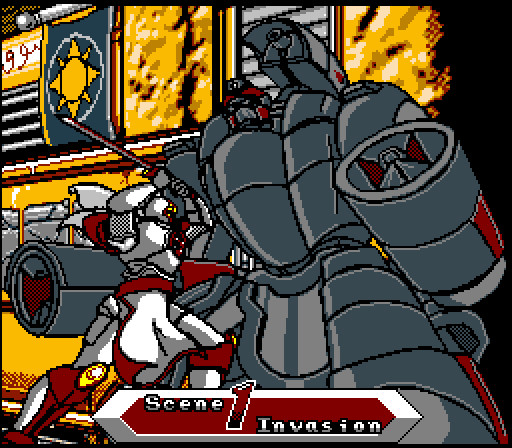 With the core platforming system being as well designed as it is, and the combat being as smooth as it can be, that’s about where things can get a bit more dicey in the fact that the excellent controls and style are marred by the difficulty that makes even those games of old seem a bit on the easy side. Part of the difficulty that is would be the older schooled style that requires for the player honestly game over a few times as they learn the layouts of the level, the placements of the enemy, and the style in which the enemy attacks. This form of difficulty puts the players skills to the test as their level of control is put into question and is generally the deciding factor between victory and defeat.

Where Cataegis begins to fall short is the sometimes off put hitboxes that can lead to a game over faster than you actually knew what happened. Coming into contact with an enemy will take away one Hit Point of the current Player Life. Starting off with two lives it doesn’t take long for these to disappear before starting to master the system. With this in mind, there are certain enemies that require getting in extremely close and to do so more often than not will lead to getting hit because you moved just a fraction too close into them. Part of this can eventually be avoided by learning exactly how the enemy moves and shoots projectiles, but sometimes things that should really not have hit you do and it was in these moments of hitting yet another game over that could be frustrating because by no means should it have happened in that manner. Between those moments and the accidental coming close to enemies, hitting into the enemies because your sword was not fast enough, getting hit by something that was rather unseen as your concentration was elsewhere, and the insane logistics of the missiles that fly around from certain enemies and the recipe for gamer overs could write their own book.

A bit weird for its design choice was the interesting manner in which the story is played out. First time players will be asked to launch the tutorial which teaches the basics of the game as well as the different sword types and charged up moves. From there the first level will start which is a thrill ride all of its own with many memorable moments as well as frustrating ones in that challenging old school style that just drives you to do better. Learning the moves of your enemies and making it to the first boss will lead into the above mentioned frustration that has nothing to do with skill. Once this is over however the game notifies the player that a new mode has been unlocked via the main menu and promptly sends you back to it. 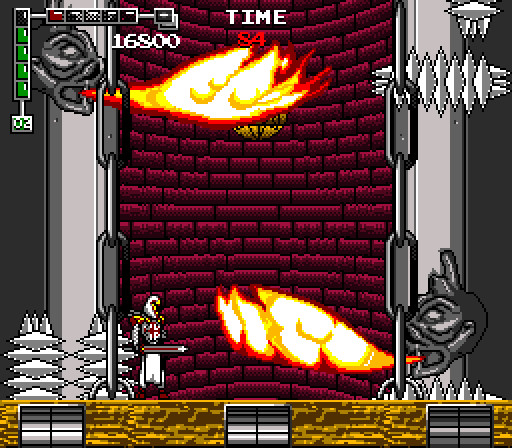 Moving into the Ziggurat mode this is where the bulk of the real story takes place. Having purposely gotten himself captured, Cataegis is instead of a coliseum in order to make his way to the Goddess in order to complete his mission. The coliseum is littered with enemies and bosses as well as a vendor of sorts that allow for Cataegis to take out upgrades to his sword from his inventory instead of simply waiting for one to be picked up. What I thought fell a bit short of the upgrades vendor is that he gives you items to use but never really anything in order to upgrade yourself. That ladies and gentlemen is completely reliant upon your skills at platforming action adventure games.

Now while I found Cataegis: The White Wind to be really frustrating at times because of how enemies can attack and the random hit boxes that simply deplete your health hellishly fast, I did enjoy it. Cataegis is definitely a throwback to the older style of gaming that isn’t seen very often anymore short of anything coming over from From Software. While graphically well represented in a good retro style and sporting a good set of responsive controls for your character himself, the sheer brutality that Cataegis must go through was a bit too much at times turning what should have been an excellent retro throwback into an alright one as it is very easy to get frustrated at dying repeatedly for something out of your actual control.