Otome adventures are not the most popular of titles here in the US at this point, but we have seen more chances being taken by publishers of late, and I feel we are better for it. More options to choose from is a good thing, and the PlayStation Vita has proven to be a natural landing point for some of these niche titles. Code: Realize – Guardian of Rebirth is a stylish, entertaining visual novel that will not be for everyone, but for those looking for something different and deeper to delve into, you could do a lot worse than this offering. 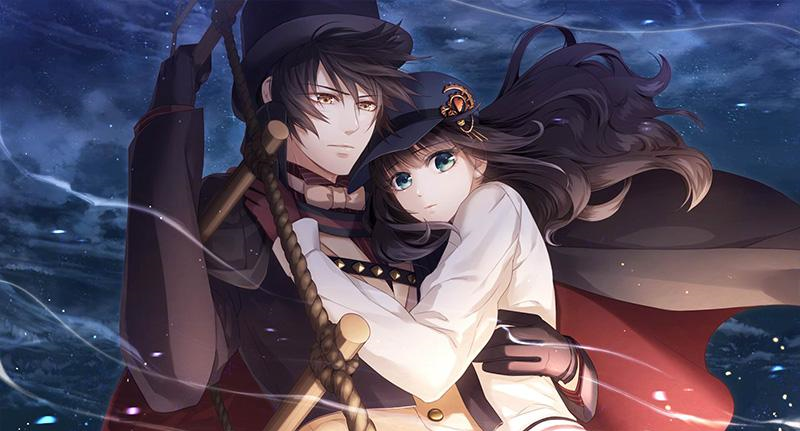 The way our story is introduced was incredibly powerful, with our protagonist Cardia secluded from the rest of society. Why? Not because she is what you would normally consider an outcast. A beautiful, intelligent woman, she is in fact suffering from a condition (brought about a strange gem in her chest) that makes her a carrier, so to speak. Her touch has a deadly melting effect whenever she comes into skin contact with someone. Obviously this makes her a tremendous danger to others, if not herself.

This sort of thing can obviously impact not only those around a person, but Cardia herself, who sees herself as something less than human. Because this is an Otome story focusing on a female protagonist, the idea behind is is that we will lead Cardia through tangled relationships with one of her potential suitors (and it is quite a cast comprised of Impey Barbicane, Saint-Germain, Arsene Lupin, Victor Frankenstein and Abraham Van Helsing).

With a visual novel of any sort, you need a world that feels fully fleshed out and characters who are interesting. You are potentially spending a considerable chunk of time here, and if you are not immersed in these things, then the experience falls flat and the investment fails to be worth the effort. Thankfully Code: Realize – Guardian of Rebirth succeeds on both fronts. While I could have done without yet another protagonist suffering from amnesia of any sort, the steampunk setting and ample time given to the male characters helps to invest the player in the story. Dialog is important because Cardia is a relatively blank slate (thanks again for that amnesia) and her interactions with other characters help to fill in the details as her story progresses.

In terms of the game’s presentation and quality, Code: Realize – Guardian of Rebirth holds up exceedingly well on two fronts, even if the third part of the equation is somewhat hit or miss. The art style is often dark and brooding, but detailed and the use of contrasting colors really looks great on the Vita’s screen. Additionally, I was quite fond of the musical score, which complimented the scenes and environments very well. All in all, for a visual novel – you need a reason to want to ‘play’ the game. Sometimes the ability to impact the narrative is enough, but a solid audio and video presentation helps to separate the game from what would otherwise be a book. 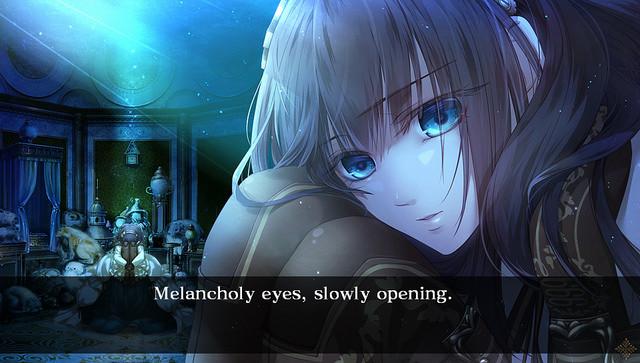 However, as a book, I do not know that this particular title would have worked as effectively. The writing itself is somewhat more spotty. I thoroughly enjoyed the setting and the characters, though some of the bits of dialog and exposition fell somewhat flat. The writing is never necessarily bad, but for a game where you spend the vast majority of your time reading text, the scenes that were underwritten stood out quite a bit. There energy and intent are there, but sometimes the actual confrontations were just a bit cringe-worthy. Thankfully these moments are more the exception than the rule, but they stood out to me given the nature of the game itself.

Taking literary figures and spinning them into a romantic storyline is an inspired choice that actually works quite well. The characters are interesting and I found myself quickly becoming invested in their situation. Cardia, like the PS Vita in this instance, is a perfect window into this adventure that offers a creative, ambitious storyline that I was happy to have experienced.