comments Share
You are reading
Crash Bandicoot: The Wrath of Cortex – Retro Reflections

“Crash Bandicoot” was a famous PlayStation platform game which spawned many sequels. I completed one of them a long time ago and decided to try another Crash game, this time on PlayStation 2. 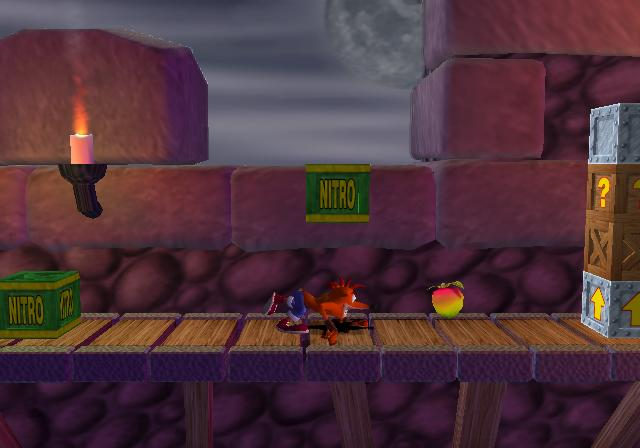 The story is about an evil mask dude, Uka Uka, unleashing some elementals to wreak havoc on Earth and defeat Crash once and for all. I think causing massive catastrophes just to stop one guy is excessive and Crash doesn’t look menacing anyway. Of course, this is a platform game, so the story doesn’t need to make sense. Thankfully, Aku Aku, the benevolent brother of Uka Uka, explains that using crystals is the only way to stop the elementals. Crystals are used in so many games that when Aku Aku said “imprison them in…” I guessed he would say “crystals”.

Your purpose is to complete 25 stages populated by strange creatures, smash lots of crates and collect 25 crystals. Crates have a major importance: most of them contain fruit (100 fruit=1 extra life), others help you reach higher areas and some are deadly, protect you from harm or break only with a trick. Despite the 3-d graphics, this is a 2-d game; I wish I could leave the main road for a while and choose different paths. Other things you do is drive a plane and shoot down levitating towers, drive a minecart and dodge nitro crates or move inside a sphere, making sure you don’t to fall to the jungle below. A nice stage was being chased by a dragon inside a castle. There, I found a platform with a question mark; these exist in various places and take you to bonus courses with extra fruit and lives.

The second domain is ruled by the water elemental. During heavy rain you pass over rivers and drive a jeep chased by a pack of rhinos. A beautiful underwater mission follows, where you control a submarine and deal with strange sea creatures. Next, Coco, who moves like Crash, finds herself in a port with Japanese-style decoration. I died in every possible way, by fish, a seagull, a silly-looking guy throwing swirling blades and a collapsing platform. Nevertheless, I finished the level with the same number of lives as I had at the beginning. “Wrath of Cortex” hardly motivates you to play well because you keep earning extra lives. After that, I drove a plane and shot torpedoes at ships. The boss battle required precise, fast jumping but I was disappointed to see that, once again, you fight an “evil Crash” who has acquired a special ability by the elemental. 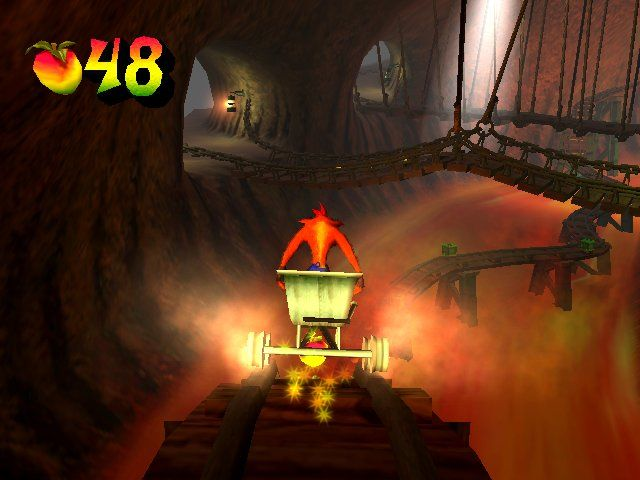 The third domain belongs to the fire elemental, however the dangers you deal with are often irrelevant to fire, for example you must avoid a tsunami. How about crossing a river of lava or fighting magicians casting fireballs instead? That’s another problem of “Wrath of Cortex”, the levels don’t give you the impression they are parts of a larger world, they feel more like mini games with no common theme. The third stage has Crash racing with a jeep in a desert and I lost several times because I often fell in holes.

That’s when I suddenly realized I did not want to continue. I was not interested in Crash, his world or his quest and the gameplay was far from exciting. Even the constant change of scenery hides the fact you keep doing the same things, for example jump over chasms or avoid objects dropping from the ceiling. Nevertheless, I decided to give the devoid of any personality hero another chance. So, I finished the driving stage and proceeded to enter the gyrosphere again, this time negotiating a course in an area full of …snow. Yes, snow in the domain of fire. Great. The last mission involved flying a helicopter and dealing with hazards and enemies reminiscent of the ones in the fifth mission of the first domain. It seems the designers were running out of ideas. Finally, I saw the boss, lost a few times and let go. It was just not worthy of my time.

I tried time trial mode too, which means you must finish a previous level as quickly as possible. Some crates freeze time if you break them and if you beat the predetermined  time limit you are awarded a relic. According to the manual you gain access to a secret level if you collect five relics but this didn’t work –I don’t know why-, so I quit. 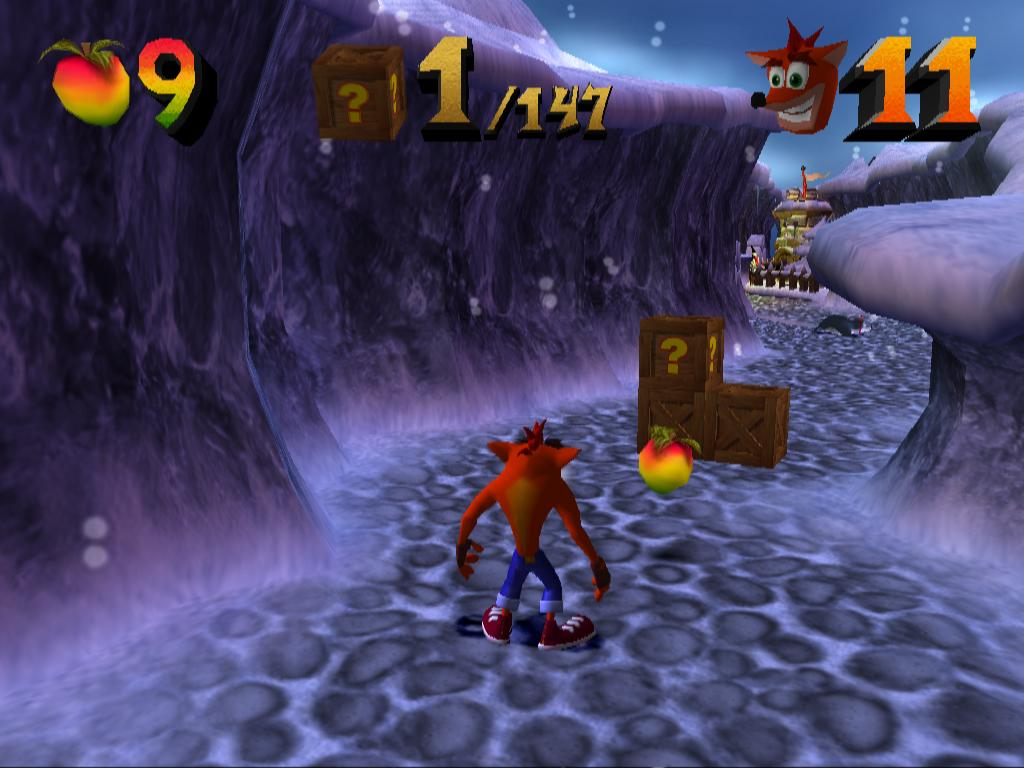 The graphics show this is one of the earlier games for PS2, especially during the introduction, with an ugly looking sea. On the other hand, the colorful scenery is pleasant and the animation of Crash and his enemies is good. The underwater level is charming, with the submarine casting lights in the water and waving plants sprouting from the sea bed.

The sound includes good effects and voices for characters who never have anything remotely interesting to say. Crash doesn’t speak at all but I think we can live with that. The music is cheerful and easily forgettable.

Controlling Crash or the vehicles is easy. There is a button for jumping, one for spinning and another one for crouching. Spinning breaks crates or defeats enemies and you can crawl behind obstacles or perform a body slam while in mid-air. The airplane moves up or down, rotates and shoots bullets, the jeep accelerates by pressing “x”, the helicopter is slightly less agile.

“Crash: Wrath of Cortex” doesn’t have any serious drawbacks but isn’t special either. The extra challenges, for example breaking all crates in a stage or unlocking secret areas, add some replay value, but don’t compensate for the main game’s lack of depth and identity. If you are looking for an original, fun platform game on PS2 “Ratchet and Clank” comes first to mind.