With Halloween just around the corner Ghosts and Ghouls tend to start making appearances right about now. With everyone gearing up and trying on costumes it’s the perfect time for the supernatural to come out and play before Winter finally clutches us in its icy grasp. Thankfully, we have plenty of people willing to go out on limb for us mundane folk in the form of Ghost Hunters, Chasers, Trappers, and Busters. In this particular case however all the tricks in the book are going to needed because this treat is a doozy. Welcome to Extreme Exorcism, a Platforming Arena free for all which will test your skills in a way that most may not be ready for. 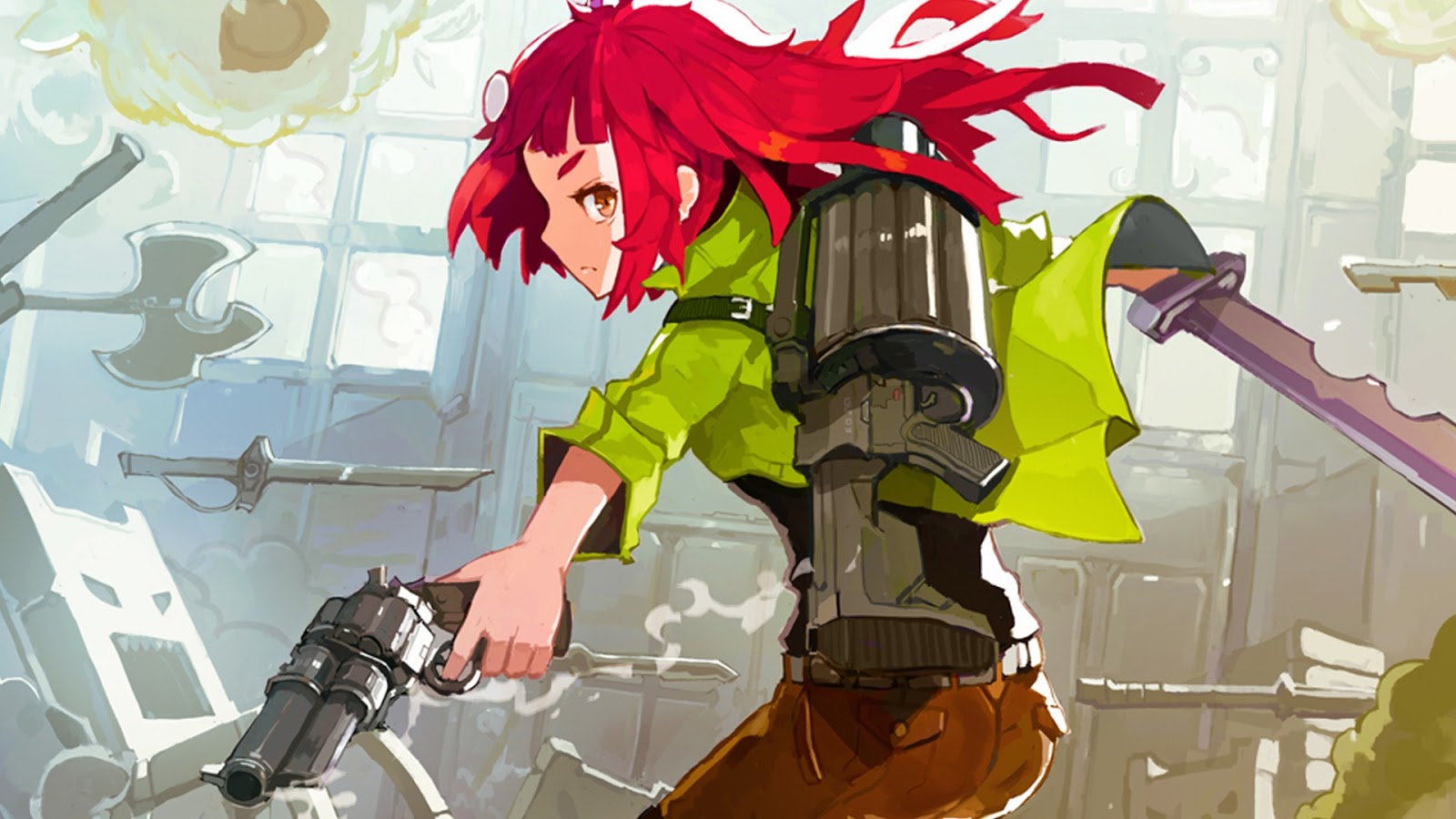 Extreme Exorcism is an intense experience that could create a bit of confusion at first until the reality of the situation truly sinks in. Every stage starts off with a single ghost that needs to be tackled and taken out to end the round. In all honesty it’s a wonder what that ghost is doing because that was the easiest time anyone has ever had. As the second round starts off the ghost moves in a pattern that is wholly different than the previous one making them quite a bit harder to take out than the first. By the third round there are two ghosts moving in crazy patterns but the first is still performing the same move set. Looking at both of them carefully you realize that you are in more trouble than you thought you were. Each added ghost performs the actions you yourself just performed in the previous round including any weapons you may have used. Looks like Halloween has come early with both the Trick and the Treat.

Before thinking “Hey let’s just stand in the corner and take out the ghost easily making the next round a piece of cake”. 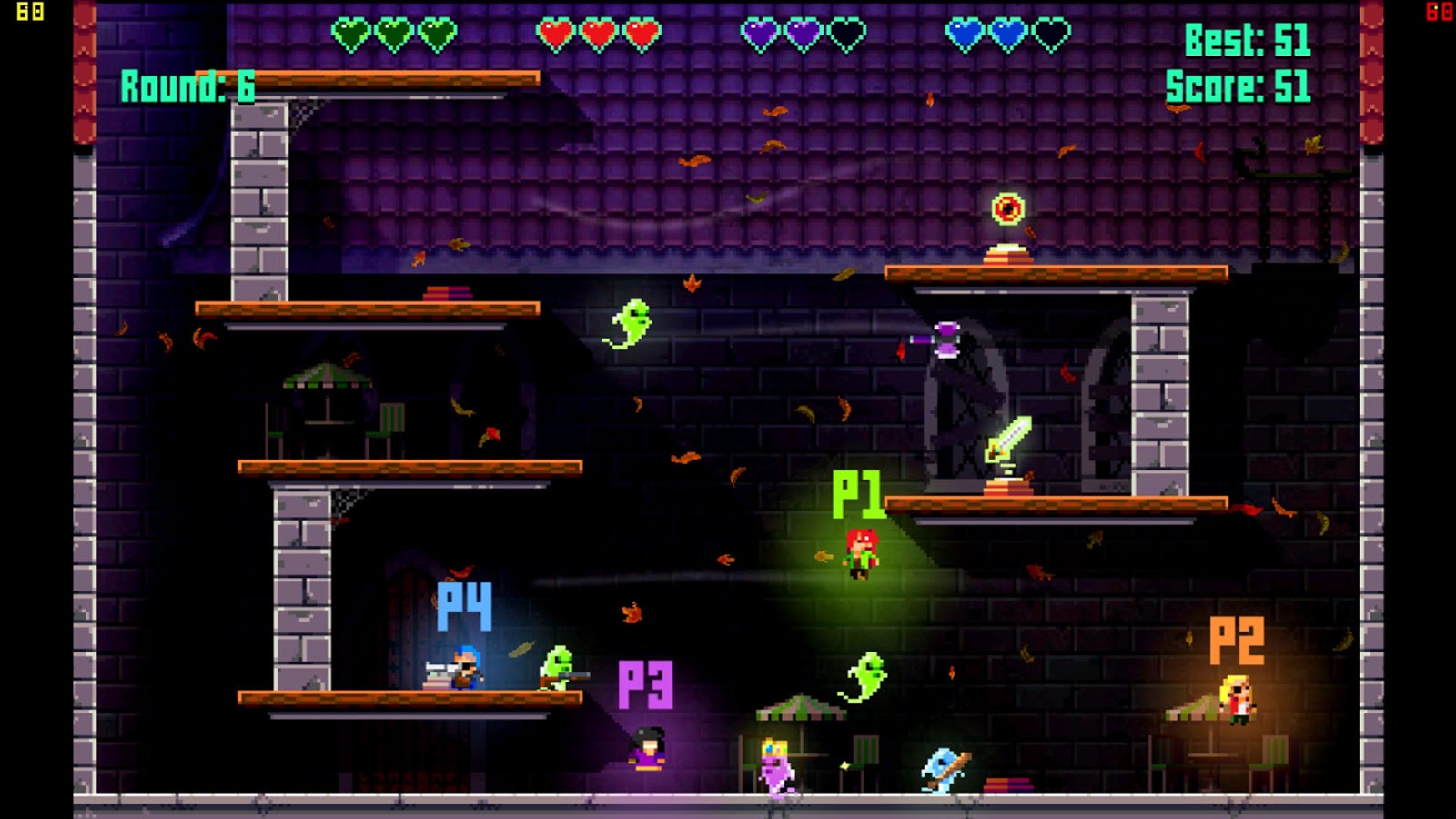 That will most likely only make matters that much worse! As an exorcist, there are a variety of tools available to hunt down the ghosts and lay them to their eternal rest. The one thing to always keep in mind however is that your hands are empty at the beginning of every round. Making your way over to a weapon is a must and these are always random in both placements and types. Pistols, Swords, Assault Rifles, Rocket and Grenade Launchers, Evil Dark Magic Staves, Throwing Knives, and so much more are available to tackle the beings from the beyond. If the first thing coming to mind is overkill… wait until five, six, seven, eight, or nine rounds in when you realize that you’ve used all of these and must dodge the projectiles that you yourself once launched. While keeping in mind that your hands are empty at the start of a round, up to three weapons can be carried allowing for some pretty hectic antics to be used when hunting down the Ghosts.

The goal of each level is simple. Eliminate the ghosts for points in order to unlock the other stages within that level. By doing so and amassing points, the others levels will unlock which each carry their own stages which all fall under a theme. The scoring of points is rather simple and never really something to worry about. Each ghost flying around is worth a grand total of one point. In the beginning before jumping up to seventy-five, the objectives are fifty points. Worried yet?

While battling the ghost versions of yourself there is going to be one ghost that sticks out from the rest with a shiny crown. Defeating this ghost will instantly end the round scoring a total of ten points and if you survive at least five rounds the way forward will be opened. Once the next stage has been opened however there is absolutely no reason to stop amassing points and setting high scores or simple having fun to see how far you can actually make it. There are a variety of different levels and stage designs that only ever increase the difficulty of the task, making every extra round worth that much more for completing it against your phantoms. 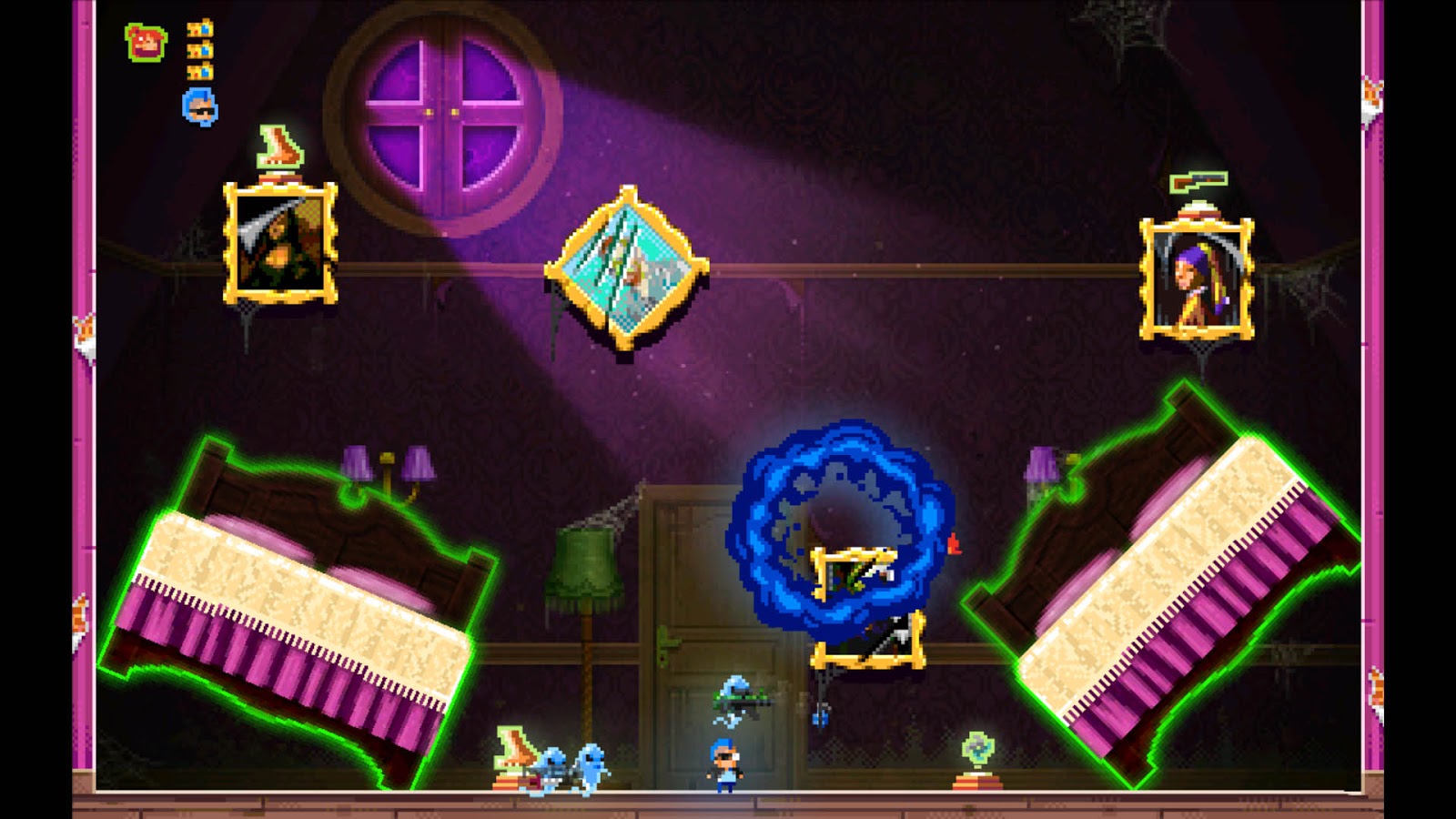 Because offering multiple Levels that each contain differently designed Stages is simply not enough, Extreme Exorcism also offers challenges that can be completed. Challenges range from eliminating a certain amount of ghosts for xth amount of rounds without firing more than five shots to taking them out with a specific weapon or defeating a certain amount before they defeat you. With all of these challenges and Levels to be had what more could anyone want out of this ghost filled Halloween merriment? What Multiplayer?! Why yes thank you! Players can choose to do everything on their own or to tackle it with up to three friends in either a co-op or deathmatch mode because fighting against solely yourself was not enough crazy!

Extreme Exorcism is a great experience whether playing solo or in co-op with others. With fast paced gameplay, crazy weapons, and the unique idea of having to fight against yourself the whole way through, it’ll be hard to put down the controller as you tackle round after round in order to simply stay alive. Happy Halloween *maniacal chuckle*!