Forza Motorsport brings what you would expect to the table: lots of cars and tracks, gorgeous weather and plenty of little hooks to keep you coming back for more. The racing itself has not advance much, but it still makes for a solid experience with several options to help everyone find their ideal way to experience the game. 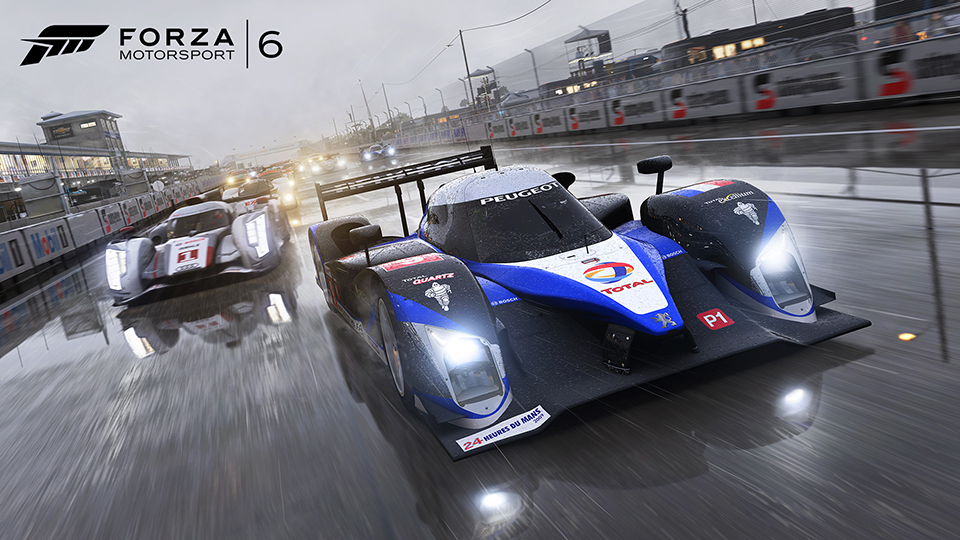 Forza Motorsport 6 gets off to an almost pretentious start, with this short video and voice over about how humans simply have a need to race, to be the fastest and the best. It is not wrong on any level, but it came across as a little strange at first. Entertaining? Sure, but one thing Forza Motorsport 6 is guilty of is a little overindulgence. It knows that it has breathtaking venues and fast, fascinating cars, and there is a lot of pomp and conversation around each track or event. Again, not a bad thing, but these slow down the pace of a game that really is all about speed.

So what about the racing in Forza? This is how you spend the majority of your time after all, and while it still feels great, some aspects of the racing hold up better than others. Forza Motorsport 6 still does an excellent job of creating a strong sense of speed, especially when you are in a showcase event trying something far different than your normal races and courses. It can straddle the line between simulation and arcade nicely, with your settings playing a huge factor in this. I am by no means a racing expert – my wife is the one who can usually rock the sim settings without issue. Me? Give me additional modifiers to help my racing along, because I am simply not that great at these games. I enjoy them, I just wish I was better at them. There are options for this.

Speaking of modifiers, there are also ‘mods’ you can attach to your car. Some last from race to race, such as additional traction that does an even better job on a specific course. Others are one and done – giving you bonus experience or money if you burn them off on a particular race. I have mixed feelings on these, because they give you even further customized control over your car, but they do not make a great deal of sense from an in-world standpoint. I like them, but they are somewhat illogical as cards that you simply play on your car.

The Drivatar system is still very entertaining. I don’t care that it really is not one of my friends (as it seems to draw heavily from your friends who have played and compiled Drivatars), it is still a good time to see one on the road in front of me. You know, before I nudge them back off of the road. I was curious to see how the system would pick up on driving techniques, and the best example I saw was in watching my oldest daughter play the game. My wife and I both showed up on several of her tracks, and the differences in our driving styles were quite pronounced. Mind you, my wife’s is better, but that is something that the Drivatar system picked up on. She takes turns more cleanly and chooses better times to accelerate and generally runs a clean race. I have a tendency (okay, more of a compulsion) to try and knock people out of my way. I have mastered the fine art of hitting someone in the back wheel and panel area to spin them out on a turn. I’m a jerk. I accept that, but on the track I am a jerk. Watching my daughter race saw my wife gunning past people, avoiding contact, while my car seemed to be involved in every dust-up out there. It was an oddly satisfying thing to see.

While there has long been night racing in Forza, here in Motorsport 6 it gets taken up a notch. I tend to race in a third person perspective above and somewhat behind my car so I can see the environment better. My wife tends to race with the ‘in the car view’. I was amazed at how her range of vision was impacted by her headlights at night. The cooler temperatures also had a discernible impact on the tires and how well they held the road. Rain is a glorious new effect. I was suitably impressed with the rain effects in Driveclub, but they are even better here both in how they look and in the way the cars react to them. 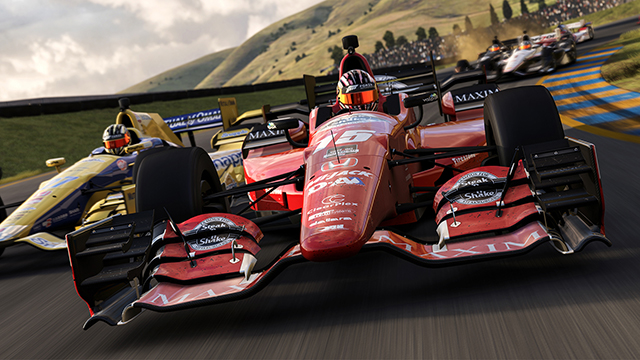 The career mode is really just a series of light narratives meant to guide you through some of the more notable locations and types of cars out there. I’m not a motorhead by any means, so for me this was often education if unnecessary (as I mentioned before – I just wanted to get to the racing). My wife has a far greater appreciation for cars and I found her nodding her head and smiling at a lot of the information that was being presented as we made our way through not only those Stories of Motorsport, but the Showcase events that pop up along the way.

Forza Motorsport 6 somehow manages to find a way to straddle the line between arcade and simulation very nicely. The assists can be tweaked and toggled in such a way that even someone such as myself can feel competitive while playing – though I know I am not as good as others out there at simulation racing games. Earning credits to unlock new cars and encountering new Showcases are a great way to spice things up, and there is a very active community of racers and people designing looks for cars – it is great seeing what is new on that front. This is a gorgeous game with audio that growls and hums when it needs to. There is a bit more fluff around the edges than I personally cared for, but the rain and night effects are awesome and worth seeing as well.