The difference between an Early Access build and that of a full release can sometimes be astronomical. Now freed from the realm of Early Access, Onikira: Demon Killer puts players in the role of a Samurai raised by a Feudal Lord as his own son. Done so at the request of a dying man that gave his life for his lord on a mission that he never returned from, the lord kept his promise while also teaching our hero the ways of the Samurai. Growing up to become a force to be reckoned with is going to come in handy while running through this mythological Ancient Japan through the form of a fast paced 2D action side-scroller. 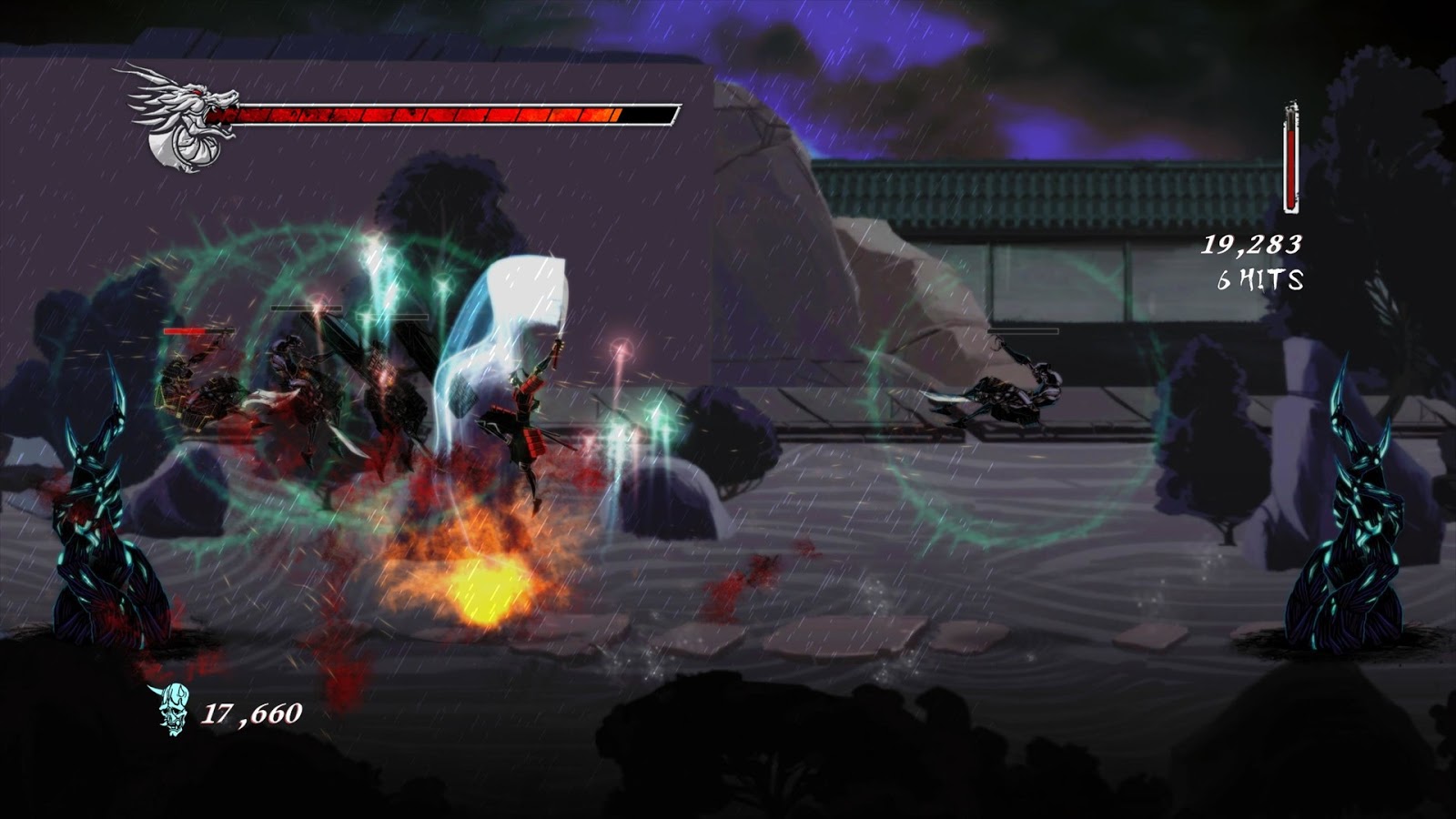 Graphically Onikira is something to look it. As stated while previewing it, everything is designed in an incredibly brilliant art style with colorful backgrounds and much darker but detailed character sprites. These contrasting elements create a visual experience that not only supports the fast paced nature of combat, but also create environments that are gorgeous to look at for extended periods of time.

Jumping straight into the thick of it, things do not take very long to escalate with Demons attacking the town and the castle. With katana in hand before being given access to even more deadly weapons to add to the arsenal, Onikira uses its opening stage as a tutorial to teach players the core concepts of combat. In honesty this must be one of the best tutorial sessions that I have ever done. While leading players into events to attack, jump, perform special moves, and evade, never does it limit the usage of these maneuvers prior to “learning” about them. Everything is present and experimental from the beginning short of the added weapon types to come down the line. 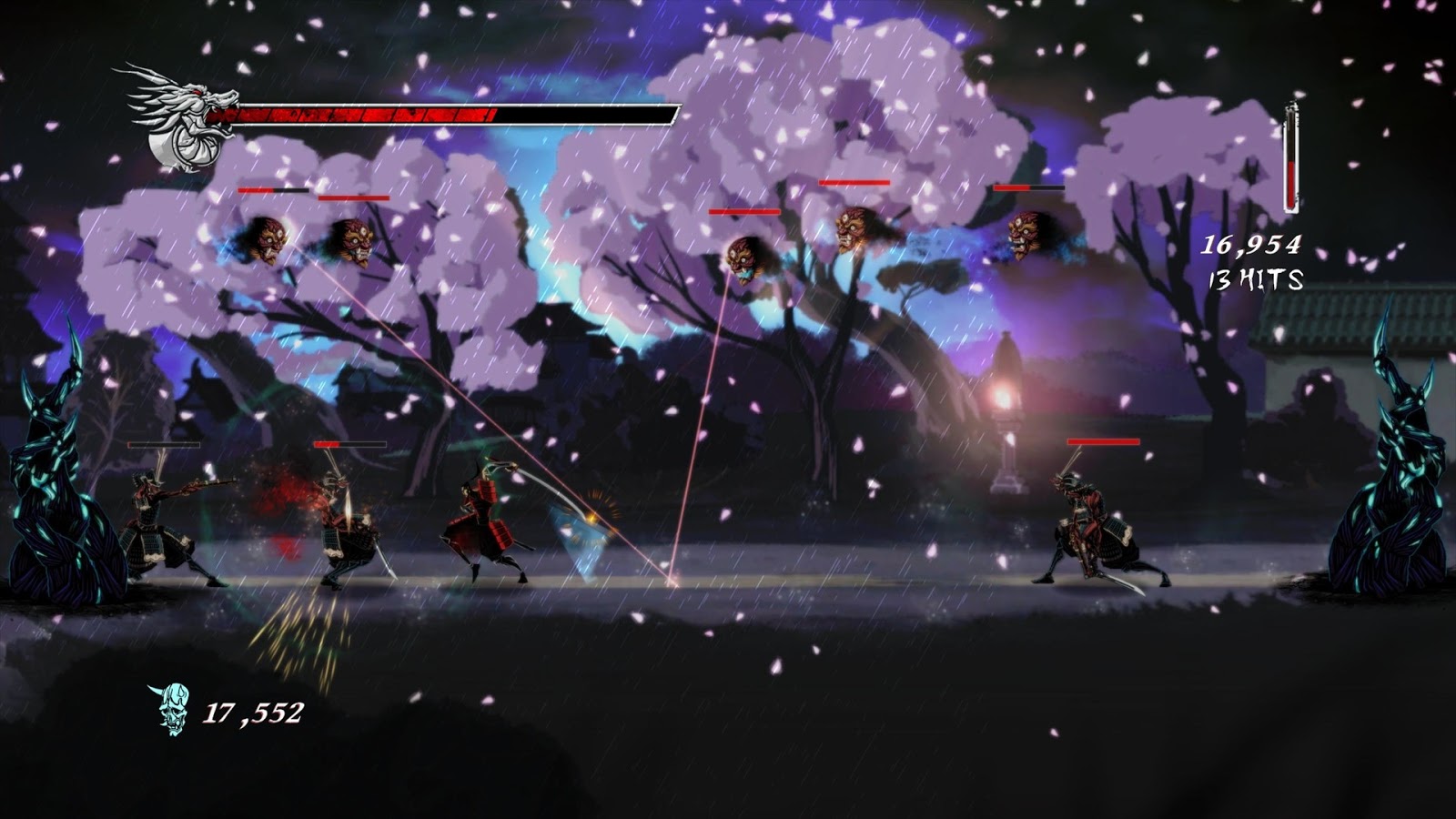 A big drawing point when originally diving into demon slaying was the fluidness of combat. With a bit more refinement from what was already present in the earlier version, gameplay is still just as smooth in order to slay those that lie in the way of our Samurai’s goal. Control of how we fight is smooth with the quick nature of the pace of slashing/bashing/dodging around our enemies. With this in mind, button mashing can be an option in order to get a player through the stage. While effective enough within certain times, going about this method would be a lot of work essentially taking the scenic route to the goal. Learning more than the basic combos will tremendously speed up the process and the grace in how everything progresses as advanced combos will also keep the health bar a lot safer from harm in the end.

An issue that I can personally have on general basis when trying to learn how to perform specific combos early on is the timing. Hitting the button too early or too late and everything is ruined as the enemy runs their blade through your now exposed body parts. Taking a different approach that does not compromise the complexity or “difficulty”, combos are instead done in a particularly subtle way that teaches the “when” to act while still requiring the manual dexterity to pull it off. Using a glint of the blade between the appropriate button presses, it becomes easier to know “when” to execute the rest of the maneuver such as two hits in the air, wait a moment and see the glint, attack again in order to come crashing down with a wide ranged sonic boom. Getting to this point will take a bit of work but knowing about when to do it is a step up than nothing at all that can be frustrating at times. 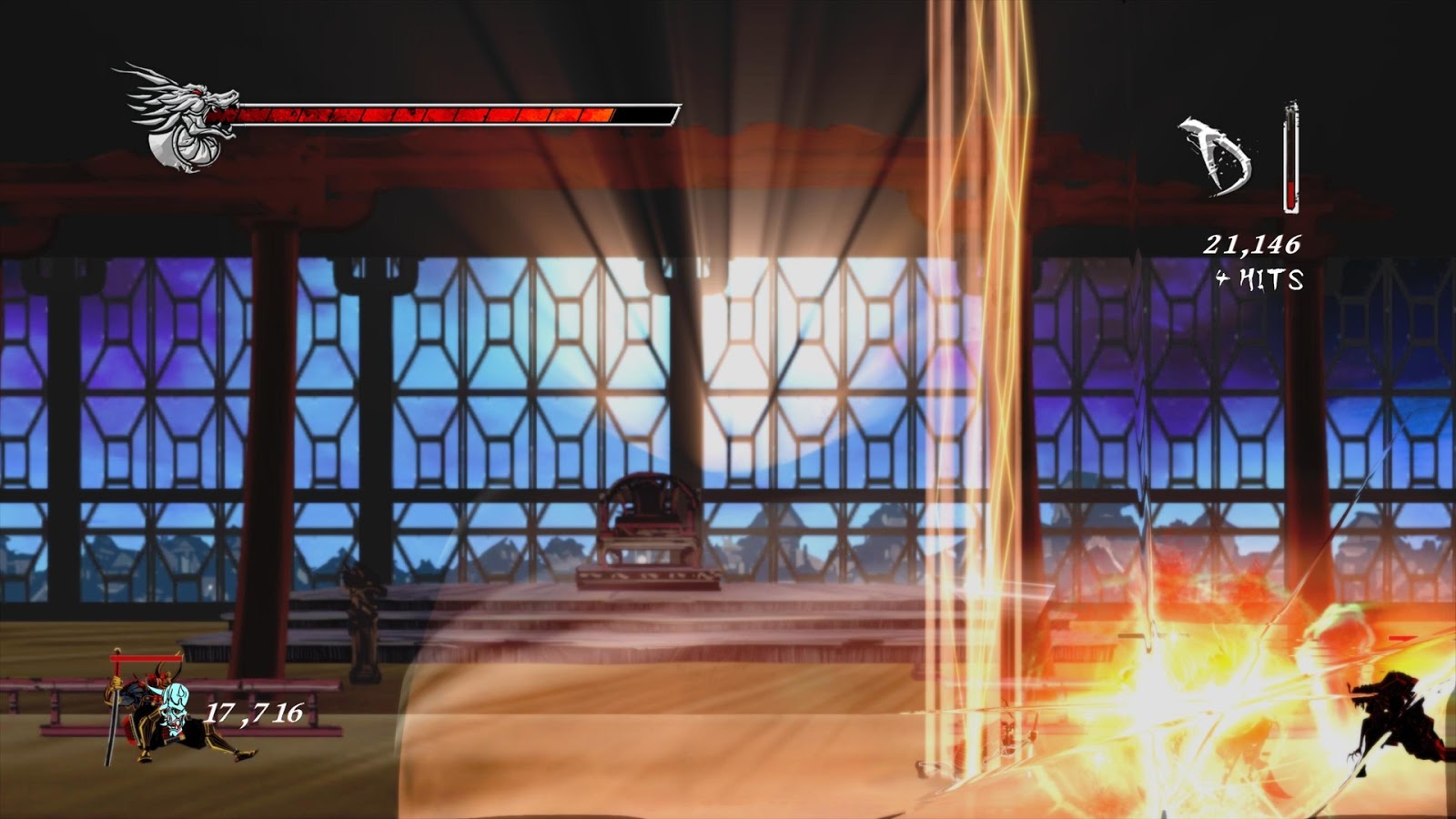 Performing better in battle is almost a necessity when taking a stage’s grading into account. The three elements that make up the grade are Time, Kills, and Stylish points. The Stylish Counter was different than one would expect requiring players to simply not be hit instead of keeping up with hitting enemies within seconds of one another in stylish manners. Designing the counter in this fashion allowed for some rather decent style points for a level score as the higher the rank the better the modifier. With the counter forever in tact in regardless of the time, be warned that one single hit will decimate an entire stylish rank instantly. Several hits in a row which can occur at times and the counter is toast and set back to zero. In order to get the best possible scores on a level this counter is going to need to not only max out early, but stay there as reaching the top is made anything but easy.

Onikira is a well-built fast paced 2D action side-scroller that sees a lot of versatility within the provided weapon types which only add to the possible combinations to decimate those that would do you in. Throwing this action filled package into an artful design with both dark and vibrant colors, our Samurai’s adventure is both great to look at and fun to experience with plenty to see and unlock in order to make your enemies lives more miserable.