A few months ago I watched “Escobar: Paradise Lost”, which was related to drug trafficking, with Benicio Del Toro. That movie lacked focus and I forgot it quickly. “Sicario” has to do with drugs and Del Toro is starring again. Unfortunately, I didn’t like it either. 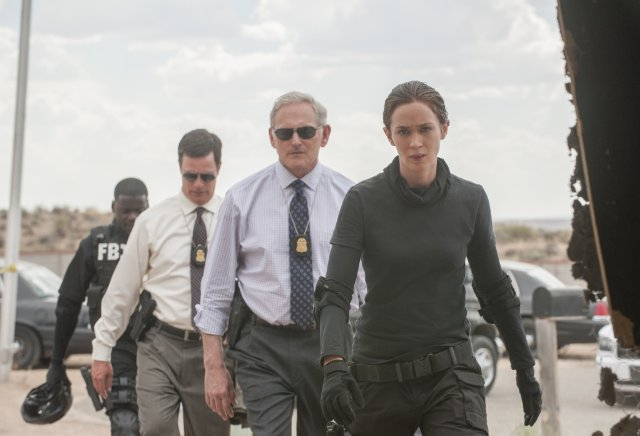 The story is about an FBI agent joining a mixed task force to deliver a decisive blow to the mexican drug cartels which operate in the United States near the borders, leaving dozens of dead bodies behind. “Sicario” starts promisingly, with Kate and her FBI team making a shocking discovery that reveals the cartels have become more ruthless than ever; what follows isn’t equally interesting.

First, there is no protagonist. Kate is the main character but she doesn’t affect the sequence of events. She is there “to watch and learn”, they tell her, and that’s all she does, confined from the moment she flies to Mexico. Her partner is even more decorative and unable to help. There is no antagonist either, no conflict between specific persons. After a while I thought I was watching something between a movie and a documentary.

In addition, the plot is poor and the movie is slow. The narration “jumps” from one event to the other, not showing us what happened in between because Kate is on “a need to know” basis. I kept waiting for something exciting to happen but it never did.

On the other hand, I was impressed by how vulnerable Kate became when she found herself in a different environment. You would think she was a usual person, not an FBI agent. Taking into account the fact she was alone and didn’t know the truth, while Matt Graver had a team of ruthless killers on his side, Kate’s weaknesses was realistic. However, I don’t go to the cinema to watch 100% realism. 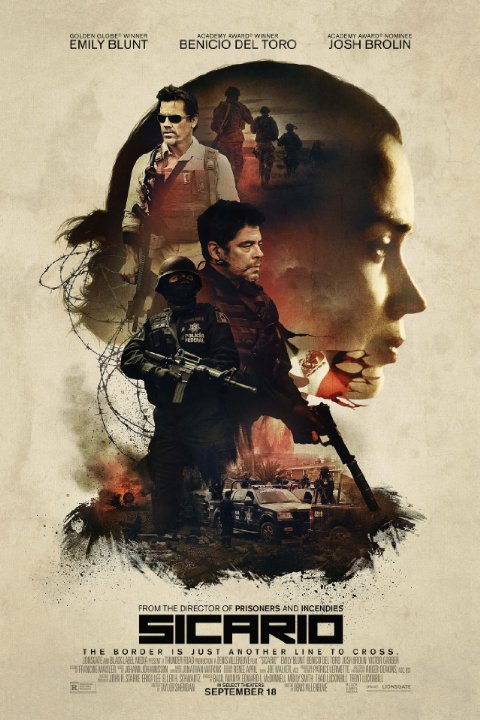 The direction has some fine moments, for example, the distant shots of the mexican land after a plane has taken off or light entering a room through the curtains. However, these atmospheric shots make the movie slow. The direction is faster and more exciting in a few instances, e.g. when a column of Chevrolets cross a big Mexican city swiftly, escorted by heavily armed policemen. Another impressive scene is the one where the soldiers approach a tunnel in the desert and we see the activity through special vision goggles.

I also appreciated the depiction of a new situation, where “the boundaries have been moved” and governments operate outside the limits of the law. Here, they do it for a good cause, to stop drug lords from butchering people. Nevertheless, the lack of transparency is dangerous.

Emily Blunt plays the FBI agent who is devoted to protecting people; she is convincing whether she needs to look determined or confused and exhausted. Del Toro impersonates Alejandro, a man with a dark past, who participates in the task force for reasons Kate ignores. Lastly, Josh Brolin has the role of the CIA agent, whose calm behavior hides how dangerous and cunning he truly is.

“Sicario” tries a new perspective on a common theme. It is realistic and has some intense moments but it lacks the action and plot for a “war against drugs” movie. I am sure some people will appreciate it but I didn’t leave the cinema satisfied.