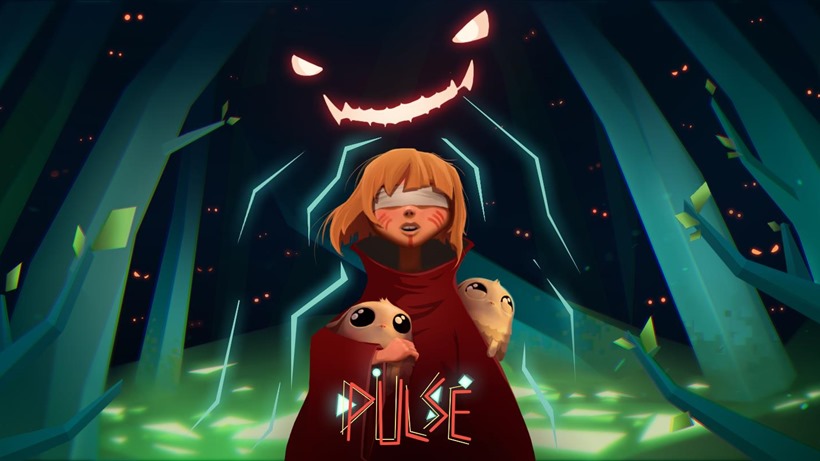 The premise is awesome, in that you play the role of a blind girl who senses the world around her slowly developing, giving you – the player – a means of navigation. At first blush, this reminded me of the recently reviewed Beyond Eyes, an Xbox One title that I thoroughly enjoyed, despite some weaknesses in the overall presentation.

However, there are some key differences in the games as well. Here there is a bit more of a survival aspect to Eva’s journey, where as Beyond Eyes mostly relied on simple puzzles and almost random exploration. Also, visually the games are quite different, not only in style but how they are presented. Eva’s journey is presented as a first-person experience. The unique echolocation aspect reminds of Daredevil – without the crazy acrobatics and combat. 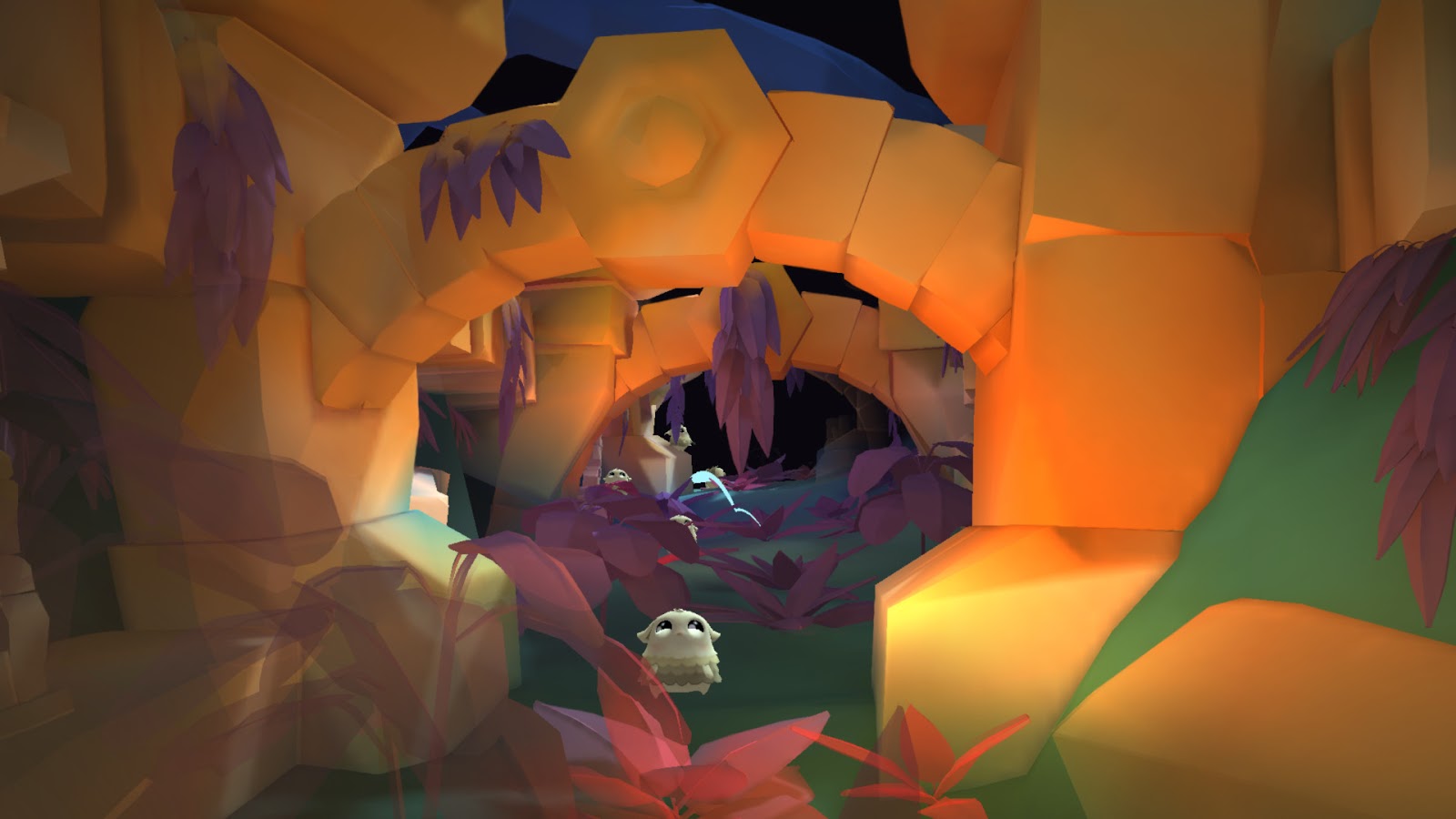 The idea for progress is picking up and throwing Mokos (they’re cute and fluffy-looking, so you’re really not looking to hurt them) ahead of Eva, so she can sense the ripples that are made around her by the impact. Walking does the same, but with less range. This in turn creates a sort of progression that reminds me more of The Unfinished Swan. The tale of a young girl striking out on her own against her parents’ wishes, and while Eva is in no way equipped to fight the dangers she will encounter along the way, she has enough mobility to get around and over them.

As a core game, Pulse is actually both creative and sound. The biggest two issues are in the limited scope of the game – which can be beaten in a couple of hours and the mechanics that never really evolve. Once you have beaten the game, a subsequent playthrough should be quite quick indeed – there is really nothing new along the way or alternate methods of doing things. Once you have spent about ten minutes with the game, you know exactly what you will be getting most of the rest of the way. 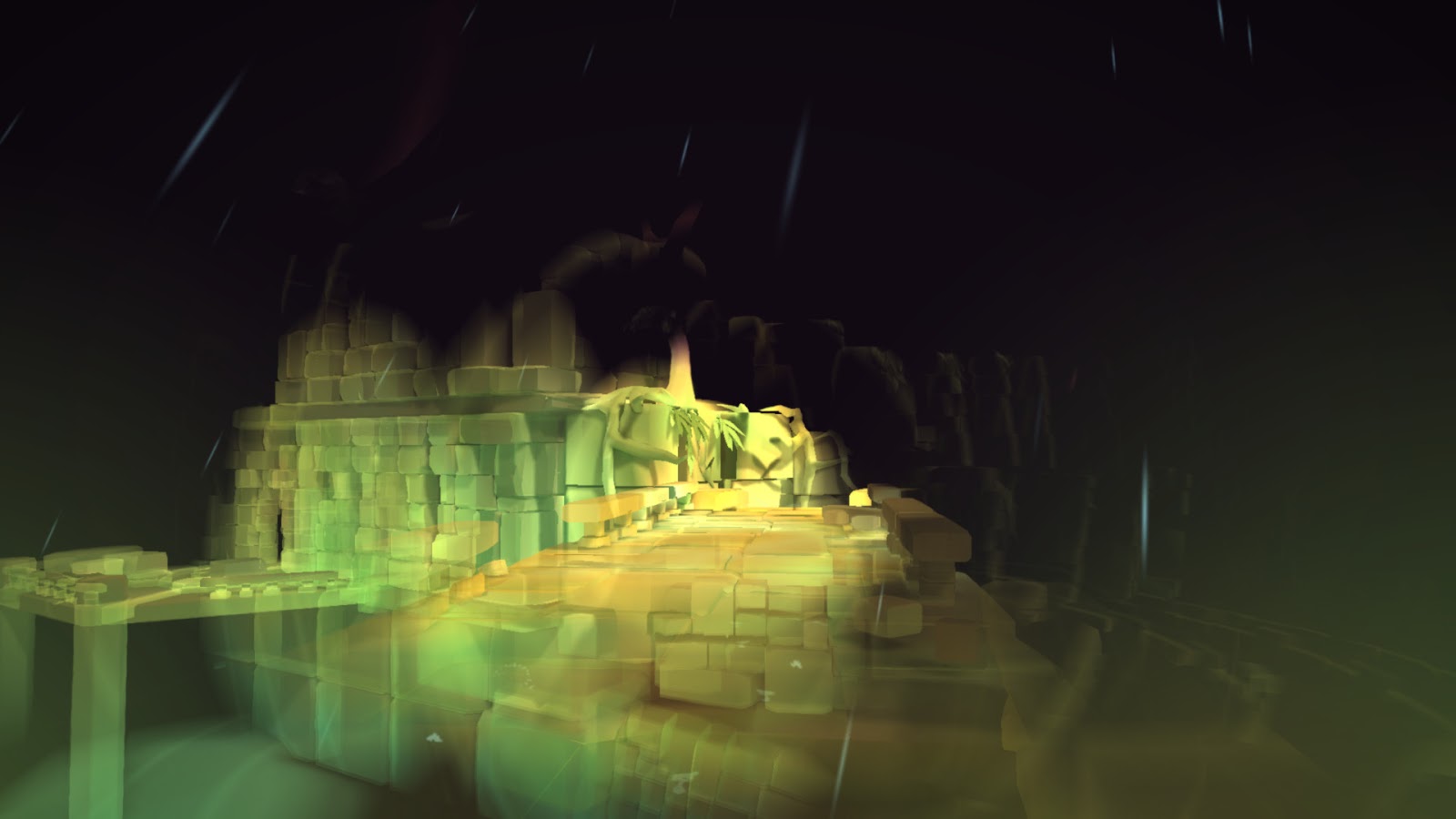 That being said, there are moments where Pulse really shines. The frozen lake, cracking beneath Eva’s feet as she shuffles along in an attempt to reach safety. This particular set piece is both highly enjoyable and somewhat maddening, because it speaks to the potential of Pulse while giving us too few moments like it. The same can be said of the mechanics. Eva only has a couple of ways of generating the sound waves that illustrate her environment, and aside from her icy shuffle, her movement mechanics remain the same throughout the rest of the game.

There is nothing wrong with a short game or one with simple mechanics, but when you put them both together in such a unique package, it winds up leaving the impression that more could have been done with it. The sound and visual design are both unique and often beautiful. Pulse is a fascinating idea that never really feels like a fully baked game. Hopefully the team can evolve what they have started here and give a more complete offering down the road, but there is plenty of potential to be had here.