Rebel Galaxy blends an open world concept with single-plane space cowboy goodness mixed with an attempt at changing space combat by emulating the naval broadsiding of old. Taking a cue from Elite: Dangerous, Rebel Galaxy is full of space stations that offer a number of different quests, from bounty hunting to trading, there really is something for everyone here. However good the space cowboy appeal may be, Rebel Galaxy feels flat and even though it is a space game, the limitation to a single plane (i.e. no “up” or “down”) gives the game an “on-rails” feel that cannot be shaken. 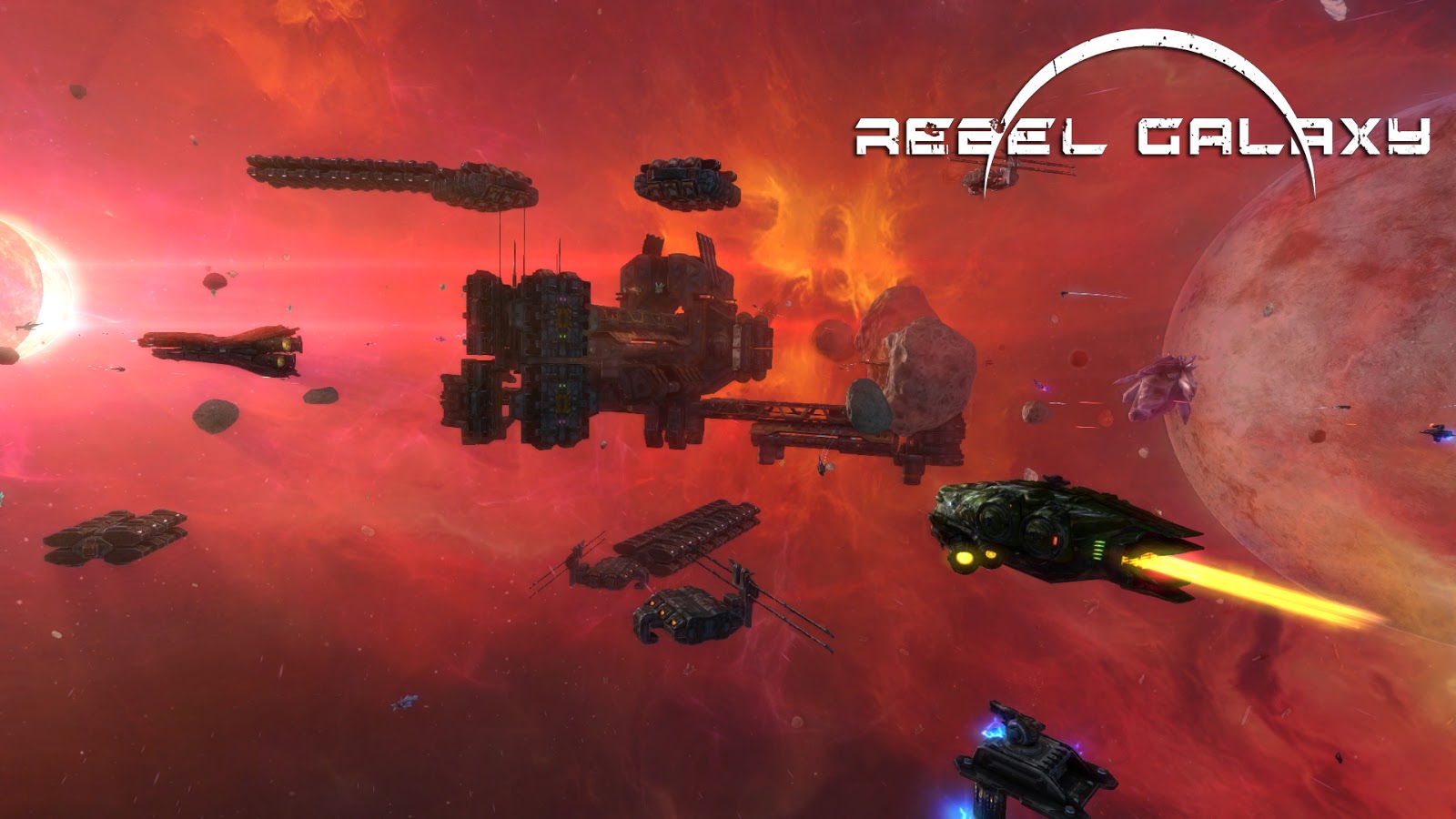 I am a huge space fan; I positively adore games that have you traversing the stars in search of bounties, new races, a rare material, or as you build your trade conglomerate. When you add in a Joss Whedon’s Firefly feel one would think that the stars would have aligned and all was good in the world, however with Rebel Galaxy I just could not *feel* it.

Sure there is the funky country style music, off-hand humor and general behavior that makes you think you are playing as Captain Mel Reynolds’ cousin, but it feels fake; as if it is a poorly emulated attempt at capitalizing on the desires of all the Fireflies out there. Perhaps I am a victim of the hype machine, but the flat and predictable missions, combined with poor ship design, typical customization paths, and incredibly boring missions, had me struggling after a few hours in game. For all of Rebel Galaxy being compared to the gold standard of space cowboy awesomeness that Firefly was, I fail to see how there is any way that a fan of Whedon’s masterpiece could ever compare the two. 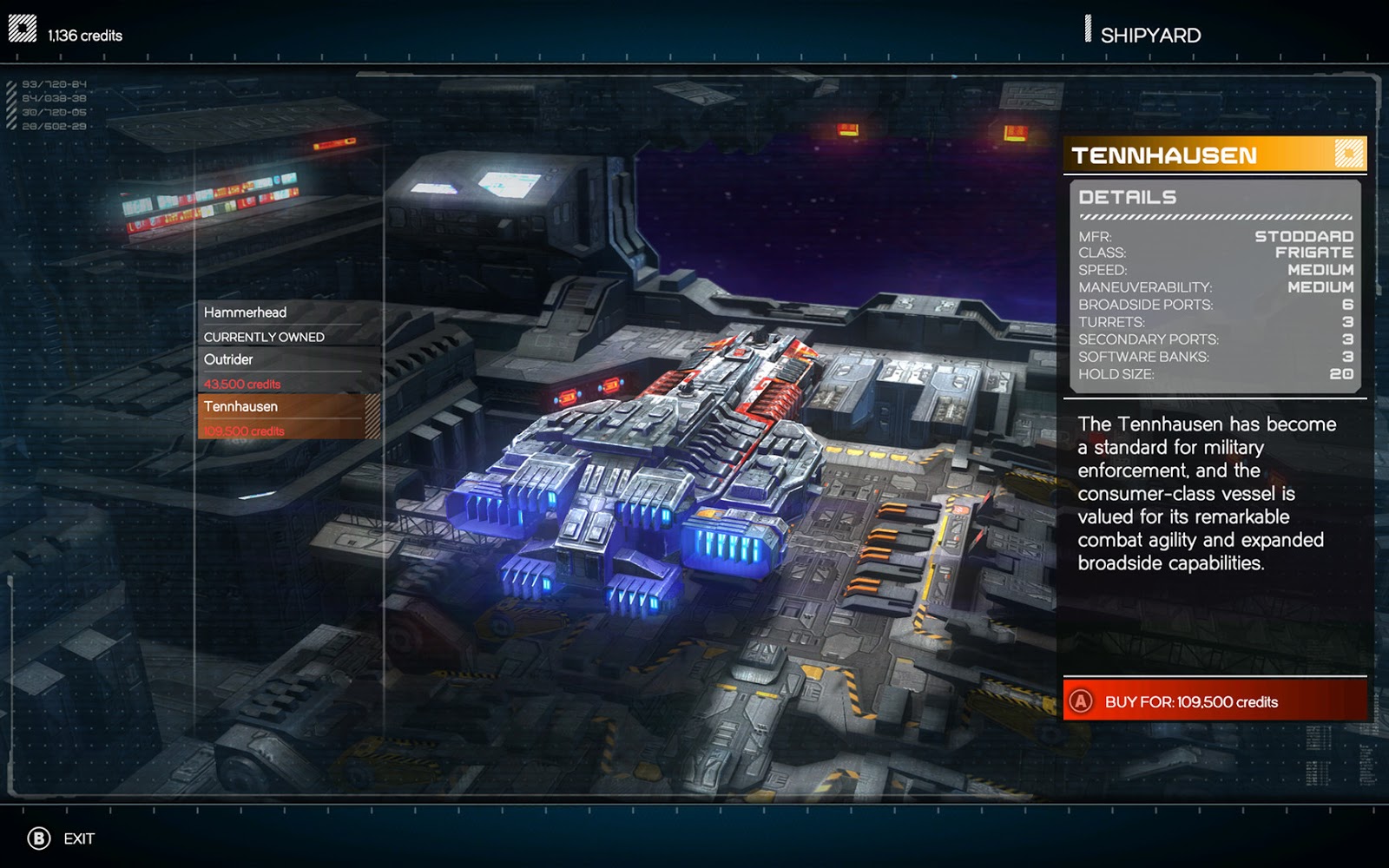 Amidst flat and boring gameplay you have some incredible graphic pop-in issues; the computer that I run well exceeds the requirements for Rebel Galaxy yet time and time again I would be streaking through space only to have an asteroid (or a planet) simply materialize right in front of me which then resulted in my tiny, lightly-armored speed machine being pulverized and turned to space dust. Even worse, while you are swinging left or right to broadside an opponent that mind you, can move on the X, Y and Z axis, unlike you, as you are stuck moving on the X and Y axis only (meaning you can move left, right, forward or backward and the enemy can move like that but also up and down), you will absolute run into tiny space debris as it floats around.

Thought you had front shields? Think again because this tiny little scrap of metal from the previous enemy is grinding into your hull. Between being killed by enemies that were above or below me and the fact that anything no matter how big or small, will utterly destroy you combat, or even travel, becomes incredibly tedious. I normally spend dozens of hours in space, flying through the open starfields and taking on any pirate I can find yet the tediousness of Rebel Galaxy had me turning my head in disgust after nine short hours with no desire to return to it. 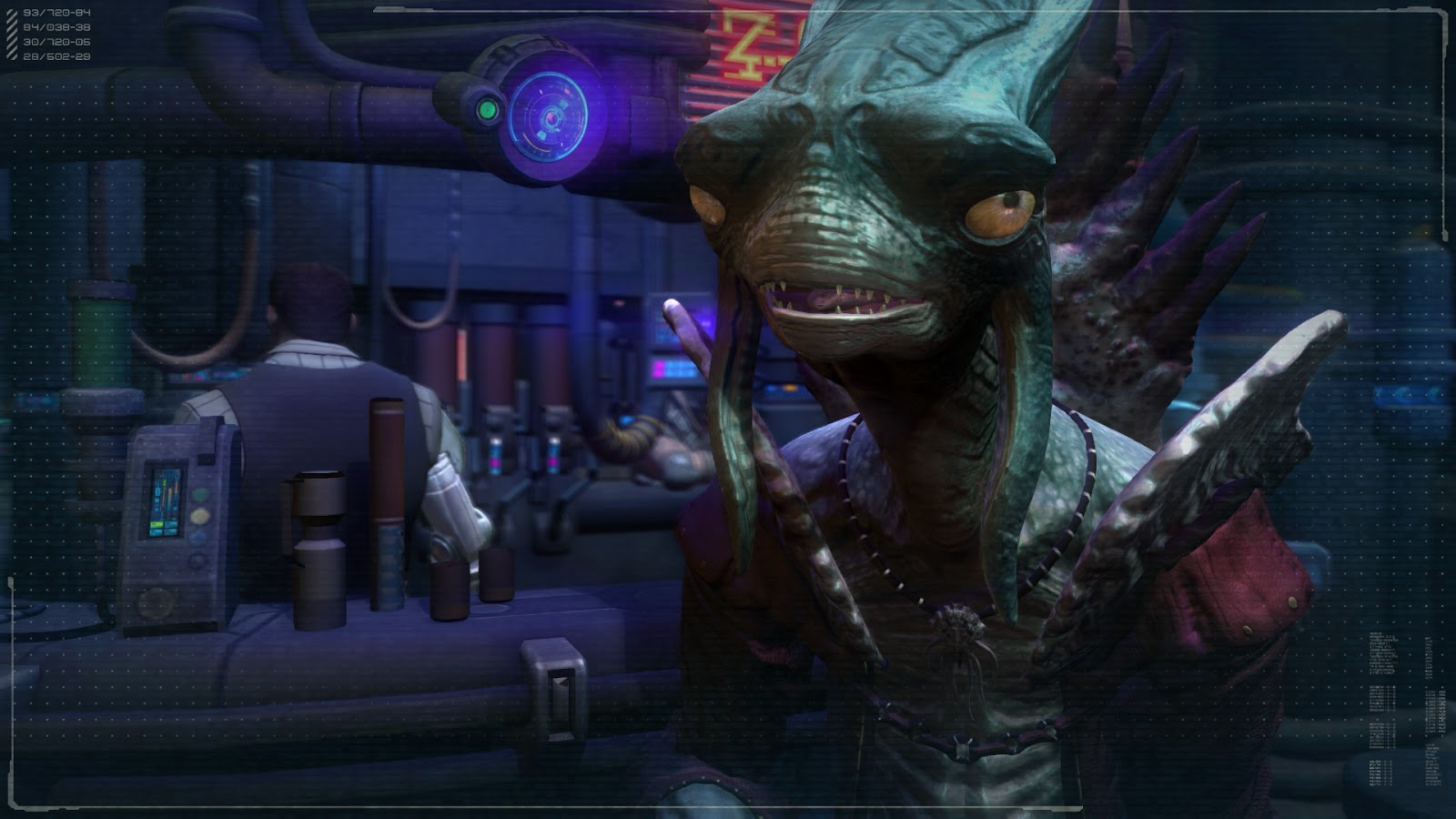 Though space may look and sound good in Rebel Galaxy, the shortcomings of flat characters, time-consuming and incredibly boring missions, graphical pop-in resulting in spontaneously exploding space craft, and uninspiring ship designs place Rebel Galaxy firmly in the “bargain bin” games. Unless you are hard up for a space-based boring simulator, I would recommend staying away from the half-hearted attempt at reviving the magic of the crew of the Serenity.