Scuf Gaming has been manufacturing professional gaming gear for a number of years now and I was finally able to get my hands on one of these paddle-based controllers for the Xbox One. With an utterly spectacular finish, stellar interchangeable sticks, and more customization options than most automobiles, the Scuf Gaming Infinity1 controller is a force to be reckoned with. It is no wonder that they are the leading controller provider for gaming professionals. When I first received my controller from Scuf I was a bit confused; the box was massive. Once I tore through the packaging tape I was thoroughly surprised that the box contained not only the controller and the expected interchangeable backstraps, but also a handful of new thumbsticks, a snazzy hard-plastic carrying case, thumbstick locks, a tube of goop used to replace the grippy spots on the controller, and a new set of thumbstick rings. The package was absolutely loaded to the brim which indicates Scuf’s care for their customers; they truly make sure they are taken care of in every aspect of professional gaming.

Given that Scuf’s controllers are 100% customizable I tried picking a common build so my controller has the hair-trigger locking grips and all four rear paddles. The hair-trigger grips take a bit to get used to, but once you do you will never look back. Rather than depressing the trigger all the way down to fire, the hair triggers only need to be pressed a fraction of an inch; this results in fast firing action and is simple to get very used to, very quick. The rear paddles were more of an adjustment to make, after all when you’ve been gaming for two-and-a-half decades using face buttons, readjusting to pressing buttons on the rear of the controller takes time. 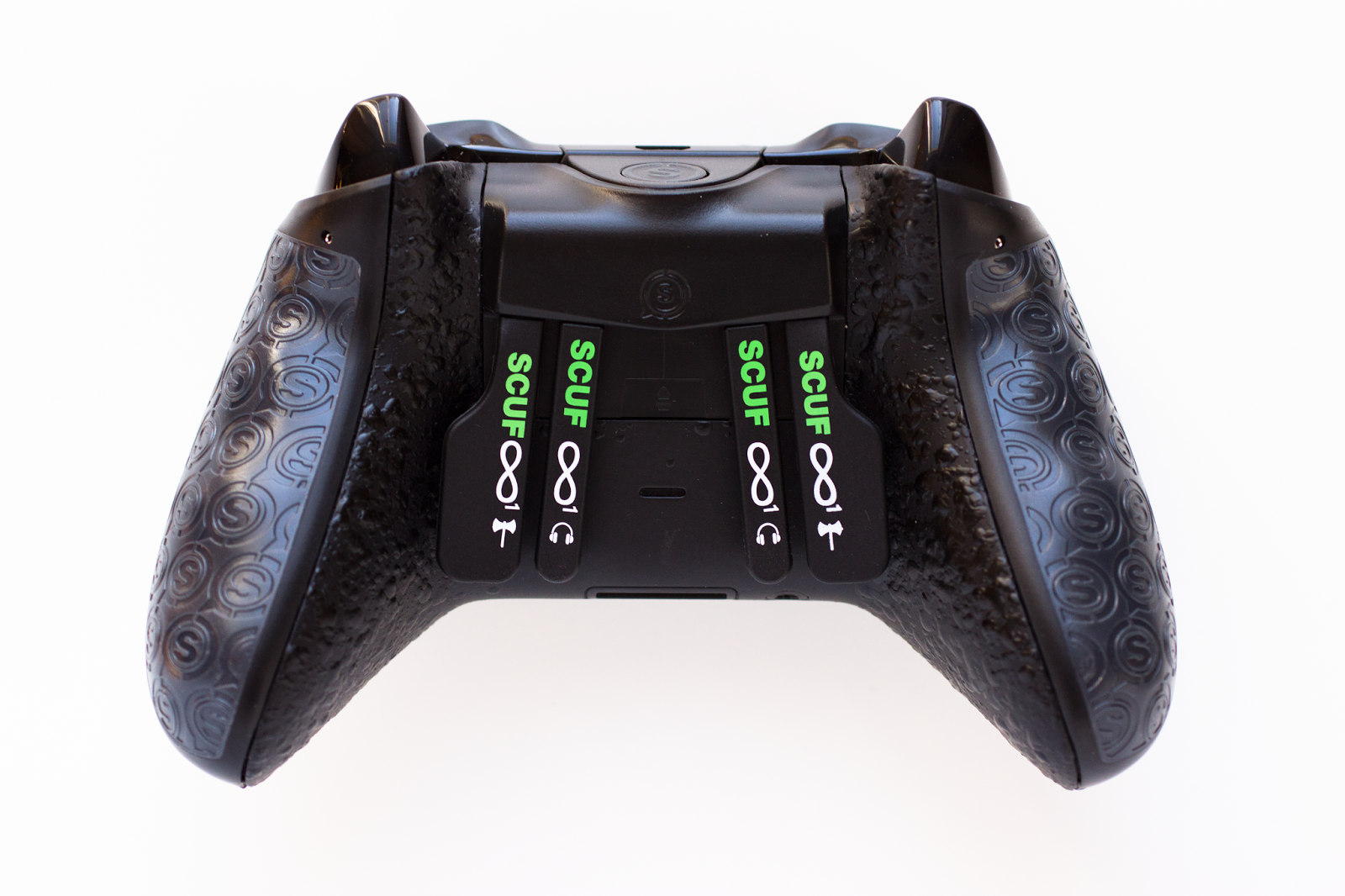 Once I got the hang of which paddles were what (though you can change that using the provided magnetized gizmo) I managed quite well; admittedly though I would still hit the face buttons when switching weapons. I can say though, that when you are in the thick of a firefight in Black Ops 3 or Destiny that keeping both thumbs on the sticks is a god-send and using the paddles to switch weapons, reload, or interact with the environment/a vehicle became second nature. The downside is that I have smaller-ish hands and the innermost paddles force me to hold the controller awkwardly; this prompted me to remove the inner paddles and re-assign the other two to reload/interact and switch weapons. Once I did that? Life became far easier.

The biggest issues that I ran into outside getting used to the new layout had to do with the D-pad and the headset adapter. If you plug a headset adapter into the controller you will lose out, and possibly even break, the paddles. Fortunately my controller has the optional 3.5mm connection but frankly it should be standard; I was able to plug numerous headset in using the analog connection, but others, like my Halo 5: Guardians Astro A40 (which has an integrated Xbox One adapter) could not be connected due to the paddles. Not a game-changer but certainly something to keep in mind, pending your headset of choice. 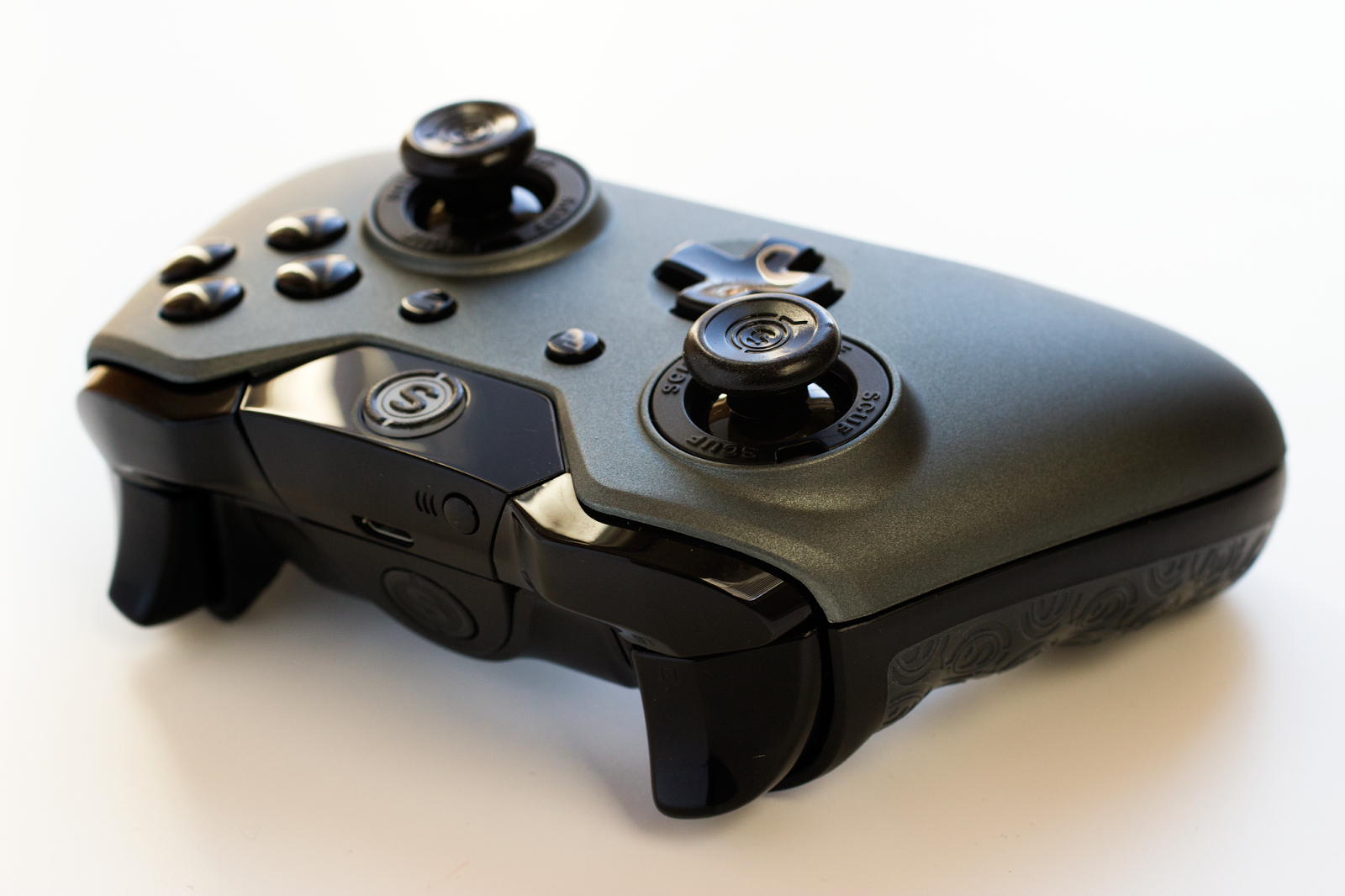 The issue with the D-Pad is that is just does not work as well. In this unit I have to push harder, or even multiple times, for the D-Pad to even register. Navigating the Xbox One’s new Experience design is impossible with the D-Pad so you will be restricted to the thumbstick. It is not a bad thing, but I used the D-Pad enough throughout various games that I felt that it should be mentioned.

The Scuf Gaming Infinity1 controller is a prime example of why Scuf Gaming is the number 1 provider for professional gamers. Fast, accurate, and extremely easy to use once you get the hang of it, the Infinity1 literally puts every option at the tip of your fingers. Better yet, its high quality build design, durable materials, and thoughtful care package are strong reasons as to why your next gaming controller should be a Scuf Gaming controller. 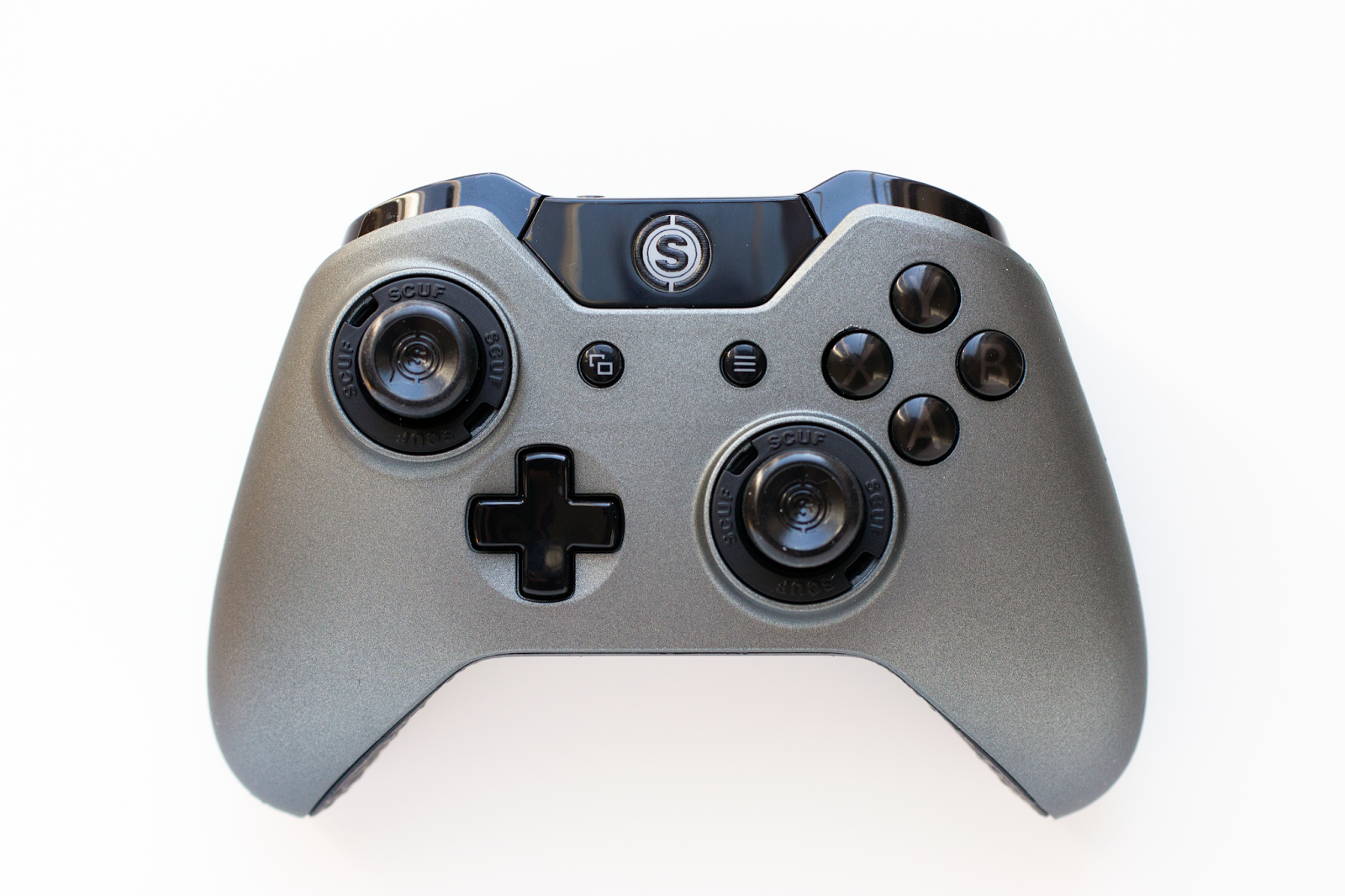