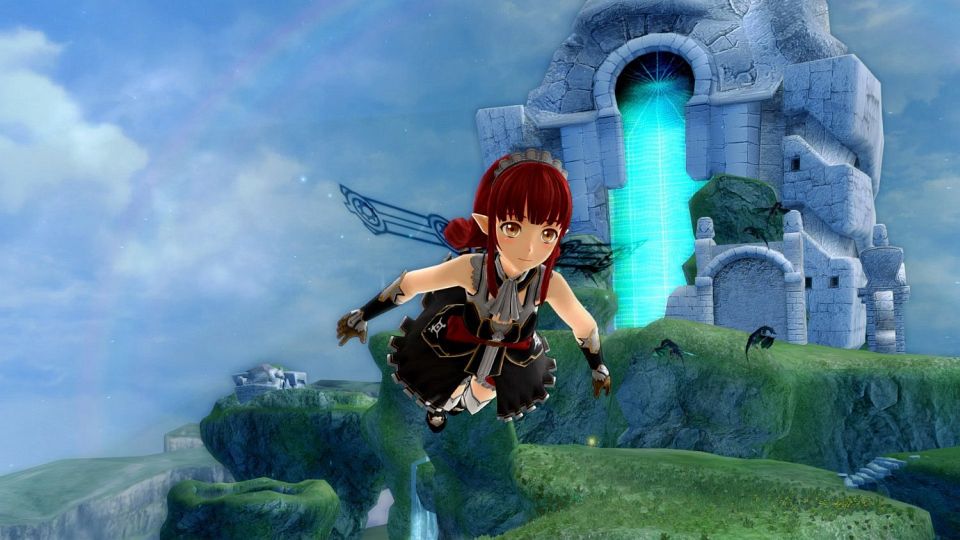 We have been following Sword Art Online: Lost Song for some time now, and I am happy to say that while the game has some rough edges here and there, it is an enjoyable experience that should appeal to fans of the anime, but also serve as a good entry point to newcomers.

One could actually look at this title a few different ways. Admittedly, a lot of the story refers back to the prior title, Sword Art Online RE: Hollow Fragment – a game that we enjoyed when we played it, despite some obvious flaws that held it back some. Here our hero, Kirito, often internally monologues back on the events from that game. The tone there was a much darker one, with weightier material as the participants in the game found themselves trapped within. Death in the game meant that their bodies would die as well as their minds and souls were trapped within the game world. Eventually many of the players did manage to survive – but clearly not all. Even those who did escape however, found the lives waiting for them to be a challenge due to their bodies having grown weak with lack of use during their stay. 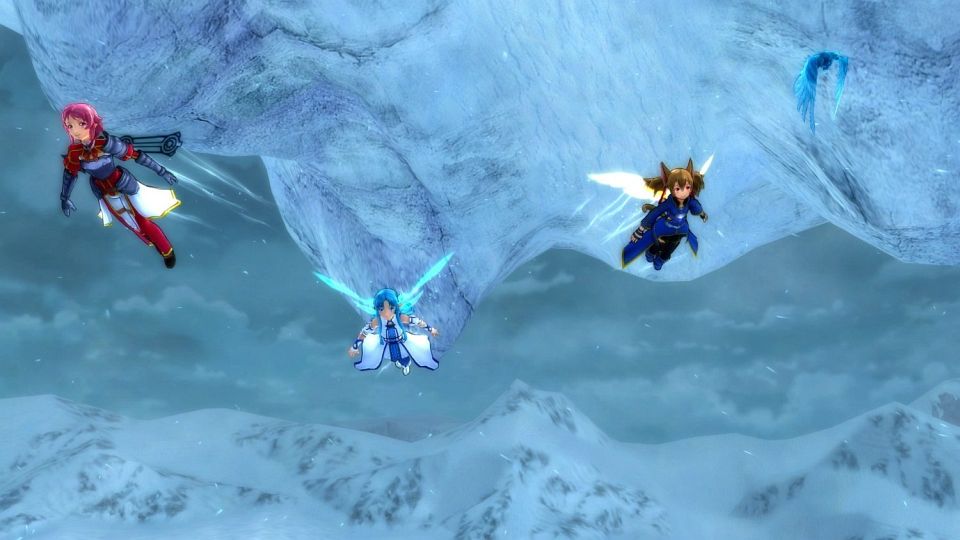 Now Kirito and his friends have found a new online game to play called Alfheim Online. Here the stakes are much smaller as he and his friends try to battle it out with another guild to be the first to clear the game. Of course, there are story wrinkles thrown in along the way, but the general premise is a far less dark one than the prior game. It works, even if it is lighter stuff, in large part because the characters are charming and there are a lot of truisms that fans of MMOs will find in here. Some of the dialog is over-the-top, but there were other tongue-in-cheek moments that had me nodding my head knowingly, chuckling all of the while.

From a narrative standpoint, this might not be the best place for a newcomer to jump into the series, but seeing as it is only a couple of games in now, it is not the worst either. There are enough references to the prior game to fill in most of the blanks, without bogging down the pace of Lost Song. What does work for newcomers are the improved systems. You can now control any of the main characters, the progression systems are easy to understand yet the cycle for earning experience is still an addictive one. Creatures litter the way, providing ample opportunity to fight if you want it, but there is a good deal of freedom of movement to be had here too, as in this game the characters are winged and this adds a vertical dimension to the exploration that Hollow Fragment did not possess. 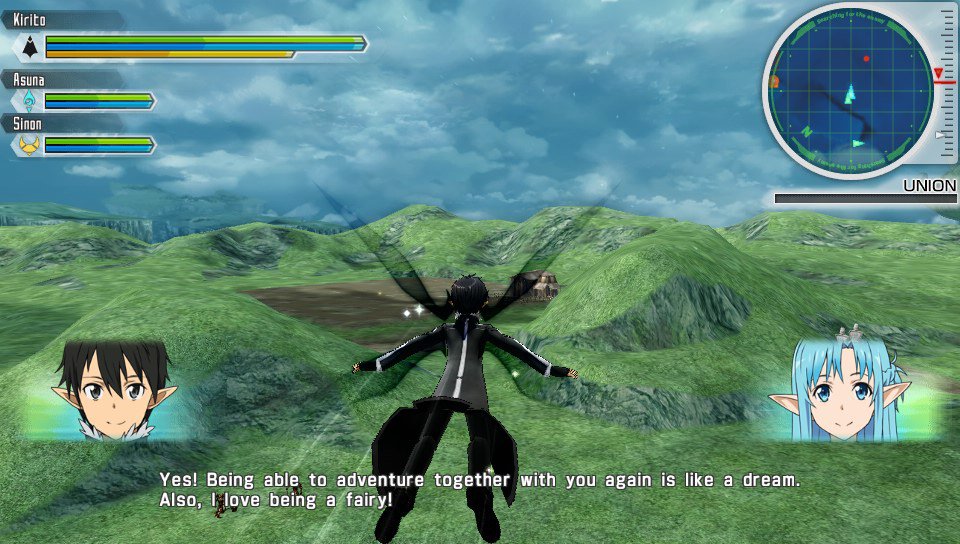 However, while the story might not be an ideal start point for players, the gameplay is. The combat has done away with the strange mix of turn-based/MMO style cooldown mechanics that Hollow Fragment used, and in its place is a much more action-oriented system. You can opt between melee and ranged combat, and sweeping in to combat enemies in real-time is rewarding and frankly, just a good deal of fun. This is especially true when you consider the vertical/flying elements mixed in. While this system makes it easier for newcomers to get involved, it does grow somewhat stale by the game’s stretch run. During the last third of my time playing Lost Song, I began to wish for something that evolved a little more and provided me with a greater number of options. Boss fights boil down to pattern recognition and reaction, and by the time I had completed about two-thirds of the adventure, Lost Song had thrown just about everything new at me it was going to.

Visually Sword Art Online: Lost Song looks sharp, the anime art style and bright, colorful graphics working well together. Characters are well animated and character portraits are attractive. The landscapes are vivid and fun to look at while exploring. It is a pity that the camera angles are sometimes rather finicky, leaving me to spend nearly as much time combating an odd view as I was creatures, but this is a minor complaint. The camera angles are less-than-ideal, but they are by no means broken or progress inhibiting. The music run low and ever-present but comfortable during exploration and soars as needed for more action packed moments, creating a nice ambiance throughout the adventure. 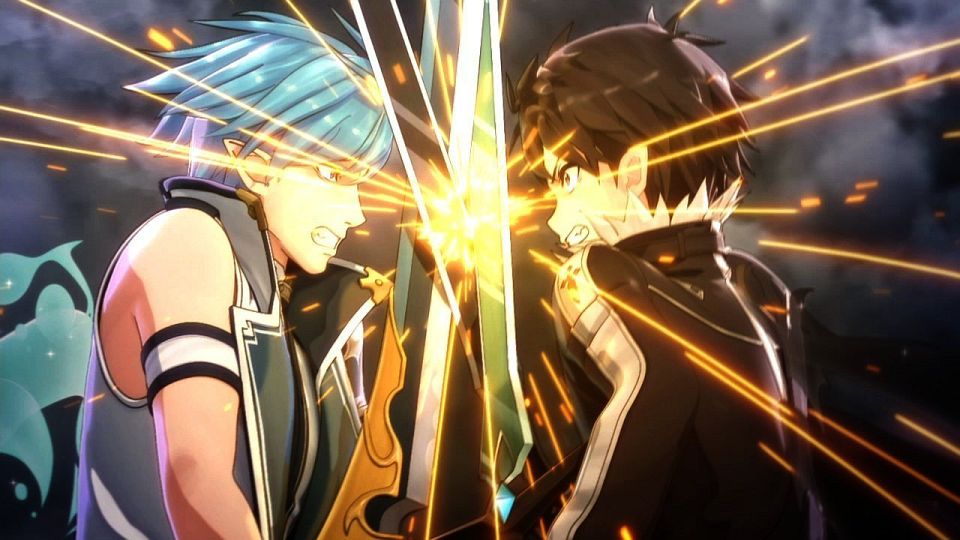 Beyond just the single player game, there are some online modes worth briefly touching on. As a huge fan of Monster Hunter and Toukiden games, I looked forward to battling big baddies with other online players – like a big raid in an MMO. Lost Song does an adequate job on that front, providing some good opportunities tow work cooperatively with other players, though it never felt as fully fleshed out to me as my adventures with friends in Monster Hunter. There is also a competitive online mode that pits you against another player. It is a good test of skills, and human players certainly give you a better challenge than the AI characters encountered during the single player portions of the game, but some different modes or objectives would have given this combat mode more reason to come back to it.

Sword Art Online: Lost Song is in many ways an improvement over its predecessor. It looks and sounds really good, characters are interesting and I enjoyed the action-oriented combat considerably more than the cooldown style used in Hollow Fragment. However, an occasionally stubborn camera, a lack of depth and development for the combat system and lower stakes in the overarching story do take some of the shin off of this latest release in the series. Still a solid action-RPG outing, and it gives me hope that the series will continue and grow.