The end times are near but that doesn’t mean things have to go quietly into the night. Set in the Warhammer universe, join into battle with one of five characters in order to traverse a world now being covered by Vermin unseen until now as they raise from the depths to slay everything in their path. Bows, Knives, Warhammers, Magic and more will be all that stand between our would-be heroes and the tides that would sweep them from history. 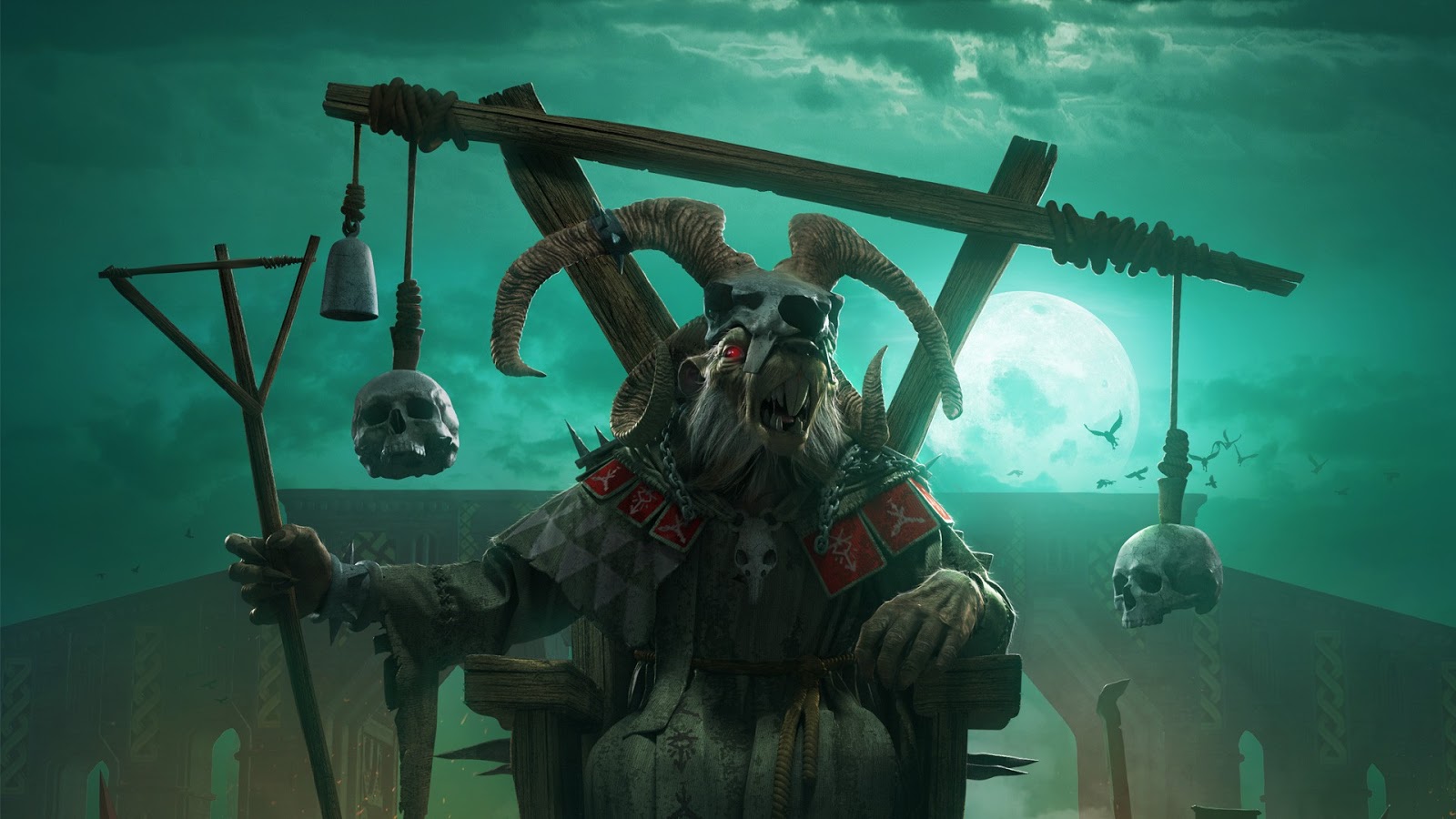 The main ideas in which Vermintide are based off of while not being “new”, as parallels can be drawn between Left for Dead and The Killing Floor series, are still distinct enough to make this more than a simple clone. Moving around in a squad of four in order to protect one another, large to small areas will need to be traversed in order to complete your goals. Goals range from the collection of resources into a specific area to saving a particular person or simply sounding an alarm. Now while the objectives may sound easy, the execution of them is far from with the obstacles placed between your party and the goal.

Being given the choice of one of five different characters with their own classes and specializations, there is enough variety in order to keep things interesting. Going out into the streets can be done either in a Private Single Player game with Bots, Private Multiplayer Game with Friends, or simple a Multiplayer done through Matchmaking. Regardless of the chosen venture, quick response times will be required because your enemies will not wait for you to figure out what you’re doing before swarming and dragging you off into the night. 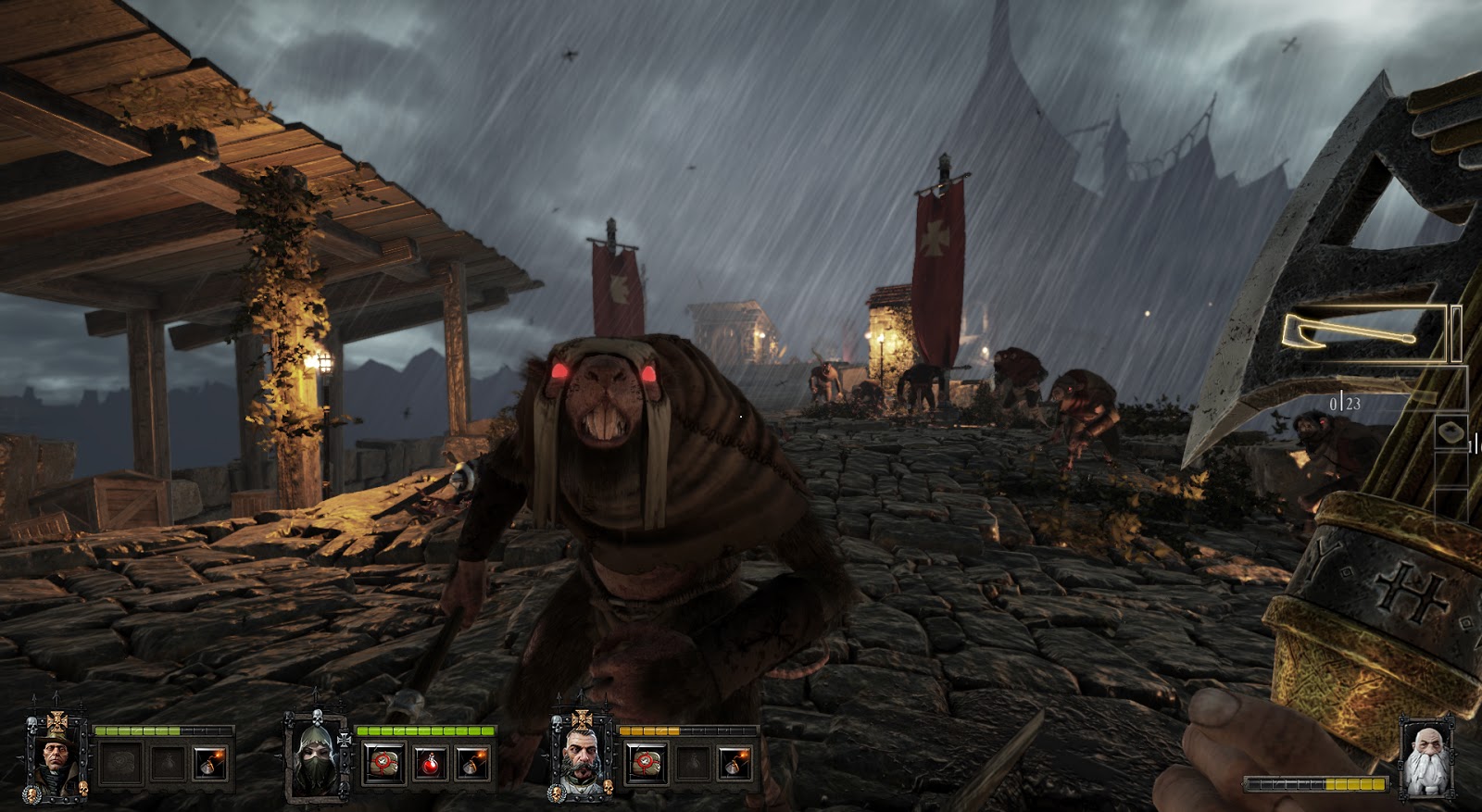 Exploration of the environments are what will keep things interesting. Left for Dead worked on the basis of Zombies were everywhere but every now and then if you take too much time a swarm will chase after you to really make you get a move on. The Killing Floor worked a bit more in the survival category which would make a Roguelike proud with several classes to choose from with perks to make your life easier. Vermintide uses a bit of both of these within a Warhammer setting for a new experience that can easily smoothed into while still requiring mastery of a character’s abilities in order to survive.

Each character, regardless of their race / class, has a melee and a ranged attack that differ from one another. The smaller Dwarf carries around a sword and shield allowing him to fend off enemy attacks while the Human warrior starts off with a maul designed to either hit one opponent very hard or simply sweep the rest from his path. While the melee attacks differ in terms of speed and power from one to another, it’s the ranged weapons that really change things up. Dual Pistols, Magic Fire Staff, Crossbow, Blunderbuss, and a Bow all have their own effective ranges and uses that fit the character’s style of play. With various amounts of ammo, reload times, power, range, and sometimes effectiveness per situations, there are times in which some of these can feel overpowered just like other times they can feel underwhelming as arrows to a protected head will not do as much damage as a short ranged blast from a blunderbuss. 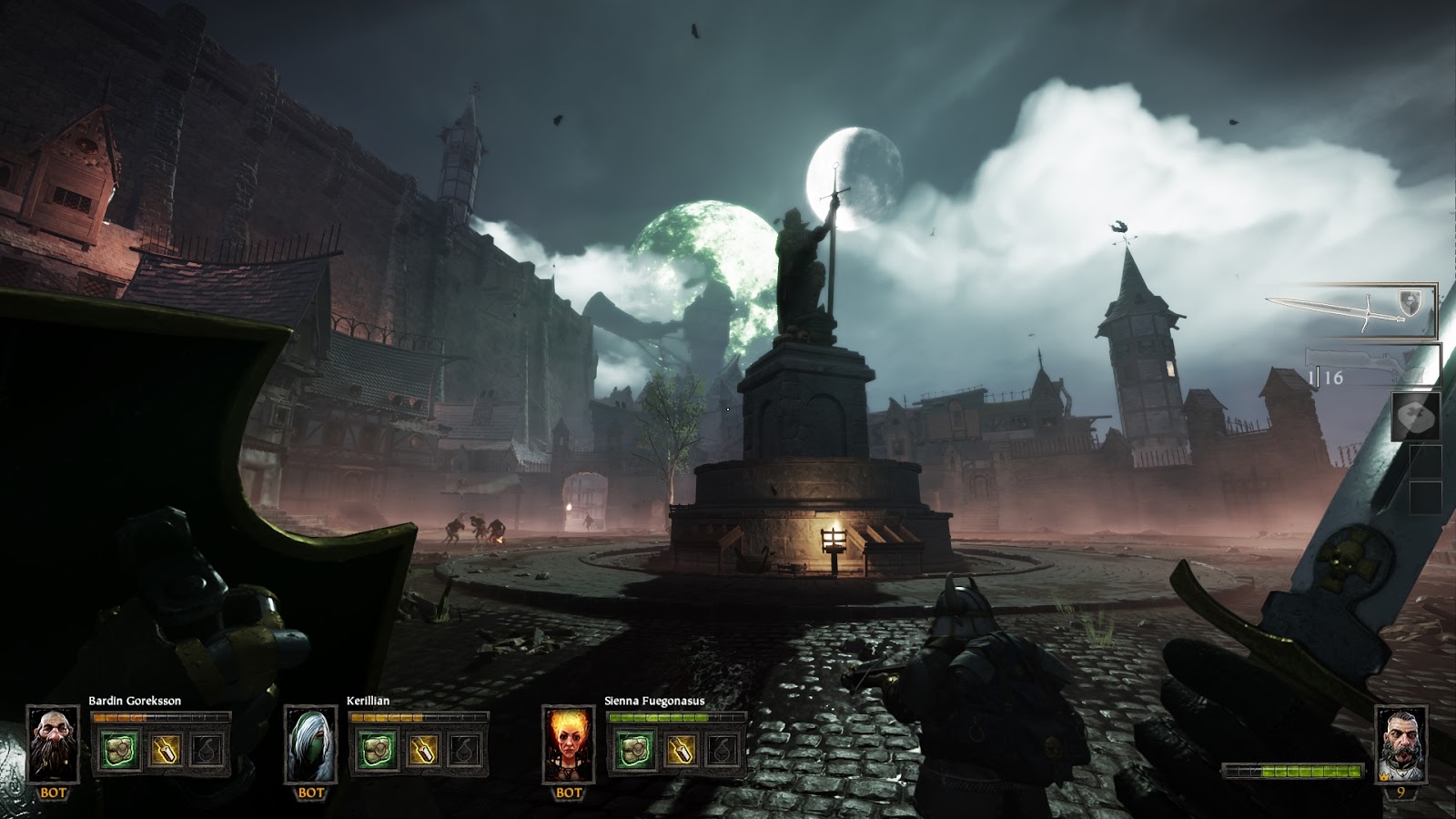 Equipped with more than weapons, each character starts off with a healing potion for when the situation demands taking a step back before falling immobile to the ground. Keeping an eye on health is going to be important because once you fall to the ground, only a teammate may help you back up and there’s a limited time to do so while the enemies chip away at your “in-between” health bar that separates you from being knocked down and fully out of commission. Thankfully there are more than simply potions available with items such as Health Kits which while require more time to use, will heal up more damage than simply gulping back a potion would. Alongside the healing items are other substances that can increase strength and speed which affect your directly to give an edge on any situation which may require it. Finally there’s the ability to pick up bombs for explosive or incendiary action which either are extremely effective against large crowds or swarms of enemies.

Because standard, or starting equipment as we all know is not the greatest, new gar can be picked up as long as a stage has been successfully completed. Failing to complete your quest will only yield a portion of experience that could have otherwise been had in order to level up your account and not your individual characters to open up some features around the base of operations as well as new slots for trinkets at specific levels. This can take a while to become lucrative as the gear is random and it may not always be for your preferred character.

Warhammer: End Times – Vermintide is an easy to get into fast paced First Person Hack and Slash that is a lot of fun to play. Playing Solo with Bots or in Coop with other friends leads to a good time as long as being rushed by hundreds of enemies is your thing as you bat, slash, or blow them up and out of your way. With the various classes offering different manners of playstyles and the levels themselves never taking overly that long, Vermintide is very easy to dive into for both short and long play sessions. Now the only piece missing is possible optional content such as running around as a 40k Space Marine…