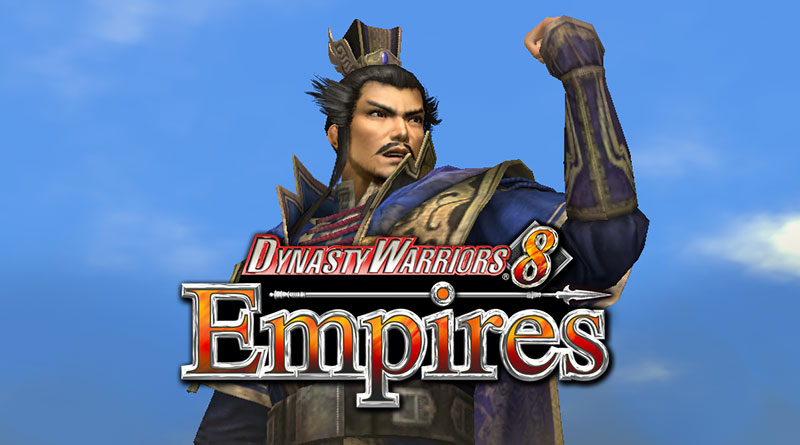 There is literally no shortage of love for the Warriors series here at CGR. Dynasty Warriors 8 Empires for the PlayStation 4 was a solid entry with Nick back in March and it has now made its way over the PlayStation Vita. With a solid blend of mechanics that we’ve come to love, the Empires label adds in Politics and Strategies in order to change up the style of play making it worthy to stand among its brethren without worry of not measuring up.

Fans of the series who have never ventured into this sub-series may find things a tad different than they are used to. Mainly me who up until this point had not ventured down this path. With many familiar historical names and faces that are recognizable through the entries, Empires 8 plays host to a combat system that is not only tried and true but stellar in its execution with newer features to spice things up.

One of the biggest drawing points to Empires is the Political system that has put into place for setting up treaties, raids against other territories, or simply taking on quests for other warlords. Each of these actions regardless of how much effort it could really take has been given the standard time of a month in order to complete. With the possibility of your warrior being able to conquer for fifty years, using the month system will still give more than enough time for every type of sortie or political maneuvers. With the option to roam for five decades being an interesting one however, it does not quite mean that a warrior will actually make it that far as there will be plenty of opportunities in older to falter which make everything all the more enticing in order to succeed. 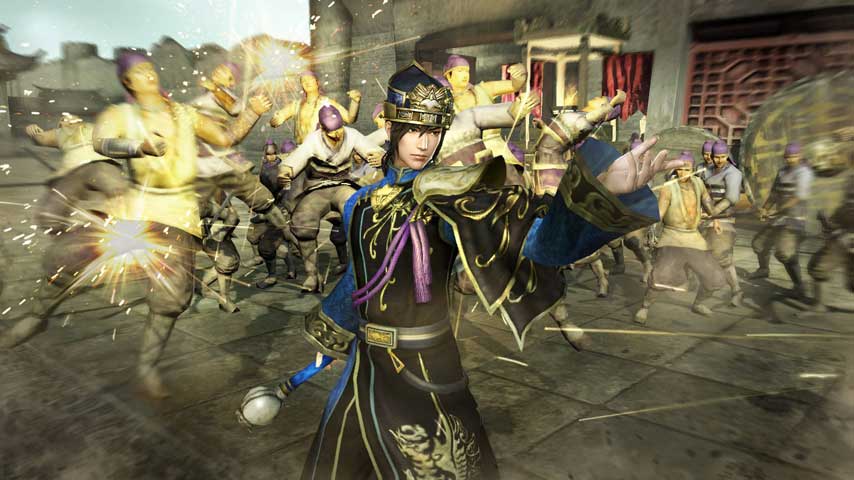 Using a War Council as both a starting point and a place to re-convene after a certain amount of time has been collapsed, your Warrior can decide which strategies (either political or warlike) that they wish to take for the duration until the next meeting. Picking up at least one strategy to a total of three is not only beneficial for a course of action to help guide your warrior but also will build up merit allowing for possibilities to increase their ranking to even one day becoming the lord himself reigning over all of those underneath. Increasing in rank comes with perks but it should be noted that the higher your warrior climbs to the top, the more jealous and unliked they will become to their peers which can make things a bit difficult if they are needed later on.

Being a Warriors game however there is more to everything than backdoor politics and war planning. Being able to take to the field is a warrior of the player’s choosing which itself makes up for the most interesting part of Empires. Unlike the main lined entries whichever warrior that is chosen, in my case Xiahou Dun, they become a force of their own that does not follow the course of history but instead makes their own path in whichever fashion that they choose to. This was a huge freedom from the main line as it allows for the warrior to carve out their own path without worrying about the scripts of history that have already been written and passed.

Moving onto the field is where anyone already comfortable with the long running system will find themselves at home. Multiple areas are available to roam and conquer with the 1v1000 system and musou attacks to supplement the combos against anyone standing in your warrior’s path. Officers and other well-known Historical figures will pose more of a threat or in some cases put the fear of defeat right into the player as a single hit could almost remove a third of your warrior’s health gauge. This has always been terrifying regardless of the Warrior’s entry however this time around there’s a supplementary action form that allows for a way out in the form of “stratagems” that can be executed on a moment’s notice if need be. 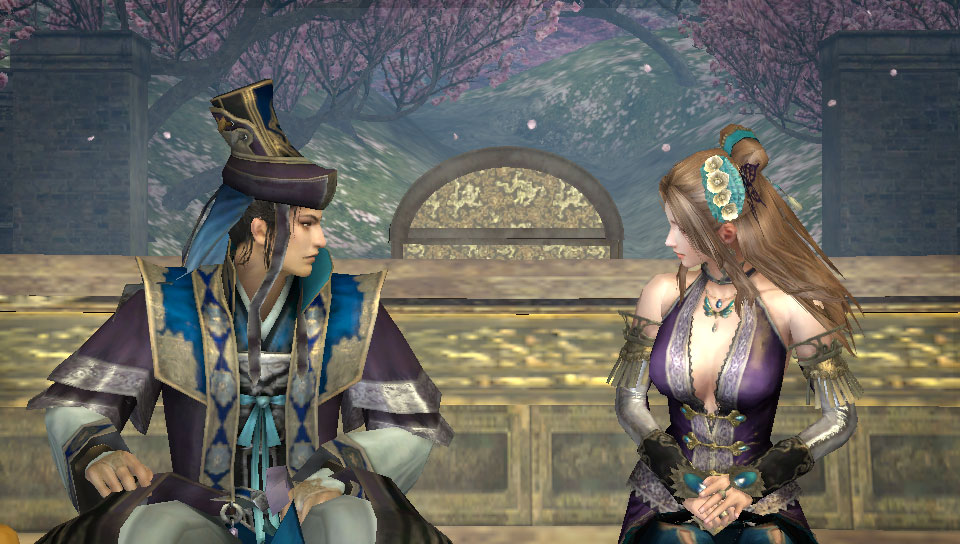 With all of the maneuvers already available from the combos to the much more powerful attacks requiring a gauge to be filled in order to use it, the idea of yet another one on top seemed like it could have been a bit too much. In a way having access to the stratagems was at first however once they’ve been gotten used to they fit right in. In some ways it may have just been trying to get a hang on all of the newer political aspects and then having new options in battle to keep track of could be a bit much for someone’s first time. Once everything has been settled in however, stratagems were at times pretty incredible to turn the tide of a battle as like the name suggests, they are to be used strategically.

Using yet another gauge, stratagems come in various options such as blasting fire or ice attacks around your warrior over to a full scale barrage of arrows that rain down upon the field. Each of these has a cost that must be covered before being used however stratagems like the first one mentioned are immediately executed while the later one requires some time in order to set into motion. Each of these types of actions are properly displayed as to which category they fall into with the more lengthy of stratagems being visually highlighted in a glowy hue of gold while the more immediate are simply silver bordered. The reason that these can honestly save a warrior’s life are some come in the form of strength or speed modifications in order to move out of the way or simply fight back on the same level. If these however are not enough, then it would be a good idea in order to keep a form of health restoration with enough point in the stratagem gauge in order to use it. It comes in VERY handy when things get a bit too close to being defeated. 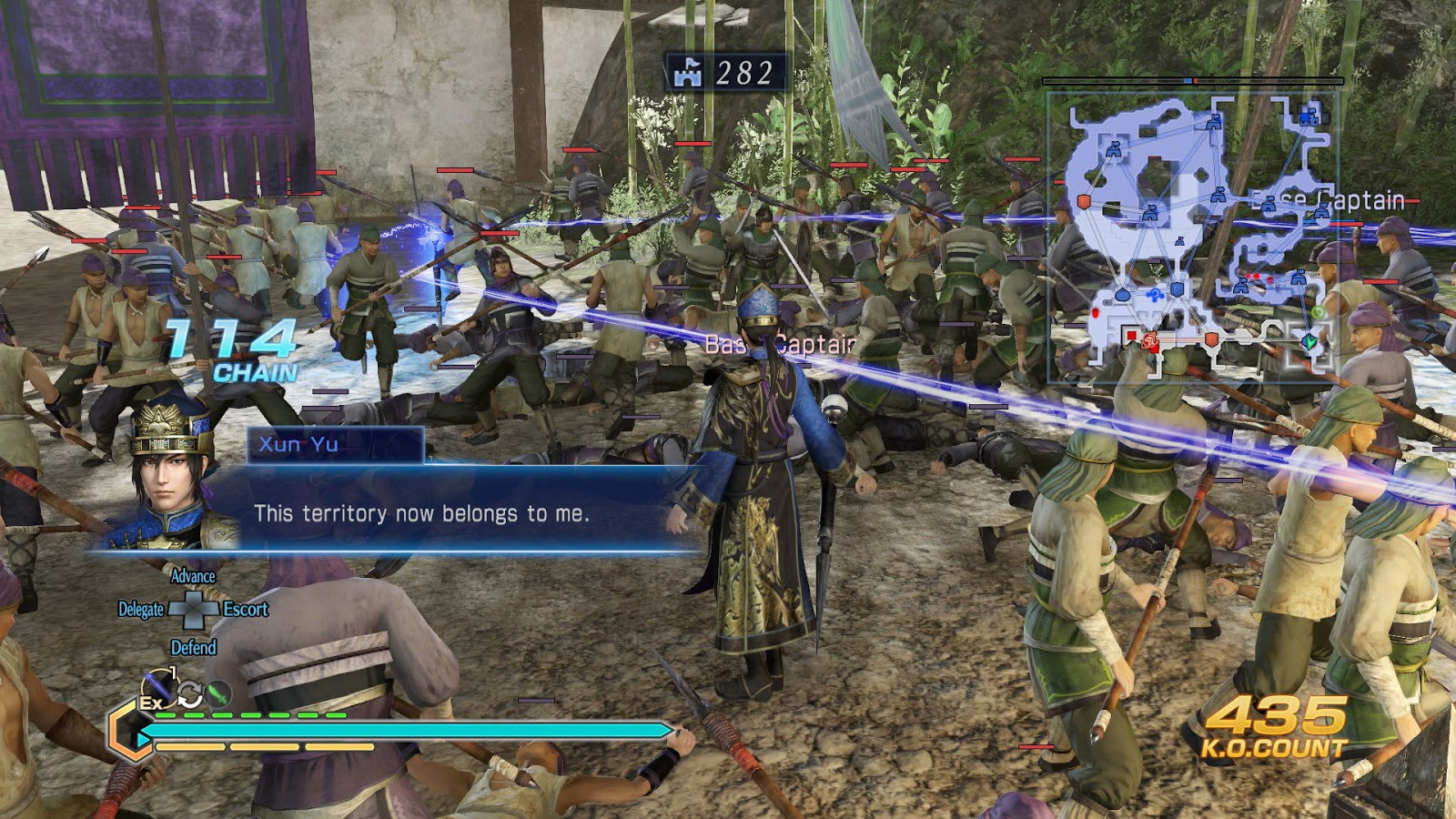 Because the Vita system is not as powerful as either its other big brother the PS4 or even the PC in which Empires was also released on, there can come some moments in which the limitations of the system show. One of the biggest and most common occurrences will be the frame rate drop when a musou attack is launched. The musou attack itself will not have an issue but the system will drop in performance as it struggles to catch up with the havoc that was just wrecked upon your enemies. The second issue comes from the smaller nature of the device in which the text at times can be extremely small. Generally this wouldn’t be an issue but considering the more political nature and the need to read a lot of text it can cause a bit of eye strain. Being just a little bit bigger would have been nice or even an option in order to increase the font size manually.

Dynasty Warriors 8 Empires is a great entry into the Warrior’s line especially with the vast amount of replay value at being outside of a set historical timeline. Even with the Vita’s size and system specs causing a few tiny issues, it is not enough to stop the enjoyment that can be taken out of this title especially with the ability to bring it onto the road.