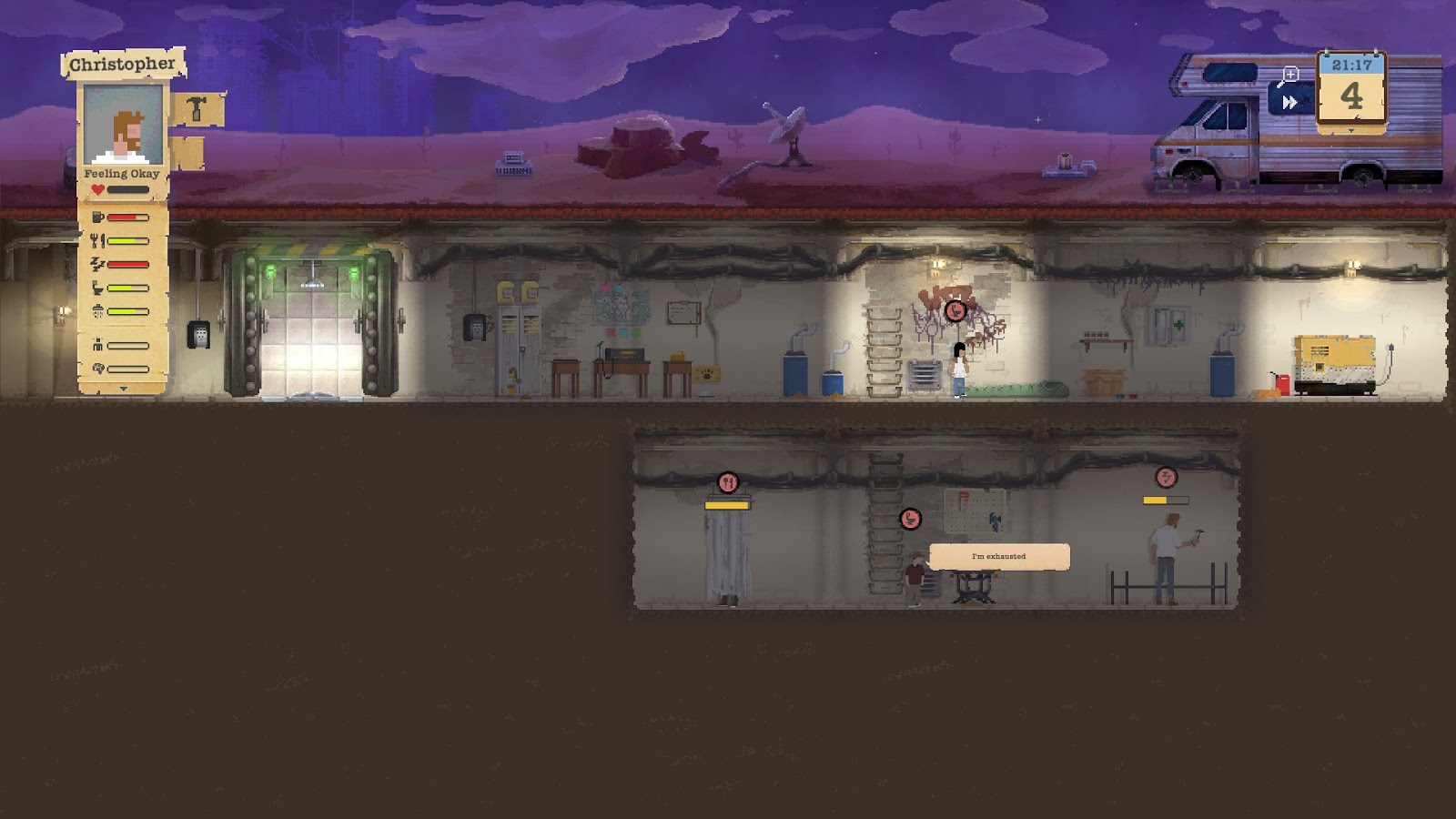 Post-apocalyptic is one of those settings that just resonates with me, and I’ve been personally keeping an eye on Sheltered for a while now. So far, things are looking good.

Just a quick mail to keep you updated with recent developments for post-apocalyptic survival game, Sheltered, which is co-developed with Unicube and is currently available in the Xbox One Game Preview and Steam Early Access.

There’s a new Danger update going live around midday GMT today. To support the update, we’ve released the next of our behind the scenes developer diary videos “Beneath the Surface”.

The YouTube link to the trailer is here: https://youtu.be/i5jBR6TE7vs

Full details of the update are: