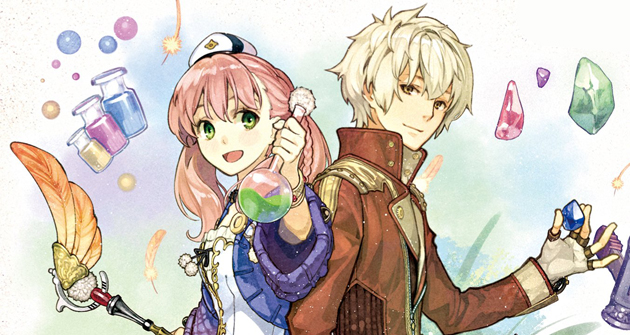 Atelier Escha & Logy Plus: Alchemists of the Dusk Sky brings the 2013 RPG title to the PlayStation Vita, as has been the habit of the series for some time. It is essentially the same game, just with additional downloadable content that brings the popular series to a portable platform where it performs wonderfully. We have long been fans of this game series, and while those who played it on the PlayStation 3 might not have enough reason to come back to it, it is absolutely worth your time if you missed it initially.

Right off of the bat, Dusk Sky (for the sake of brevity) gives you reason to want to play it a second time due to the ability to pick from one of two protagonists right away. The two characters are still on their journey together, so you see the same game, it is just presented in a slightly different lens depending on the choice you make at the outset.

Regardless of whether you choose to drive Escha or Logy, this title stands on its own merits despite being the second in the Dusk trilogy. It helps to have played the first game, if you would like some additional context for the world, but the characters are fresh and coming in with a knowledge of the game’s world is far from a requirement. The narrative, which sees our characters faced with a variety of tasks, many of which are somewhat mundane, is great aided by memorable characters and circumstances that do a great deal more with what is a common story and makes it memorable. In many ways, it is both charming and funny, but often a little sad and sweet as well. The downside is the characters take some time to get established and become interesting, making an already dense RPG experience on that newcomers might have trouble getting invested in early. Other aspects of Dusk Sky will be familiar to fans of the series (or RPGs in general) as the mechanics that make up how you spend your time are commonplace for the genre. There is the alchemy elements that serve as crafting/creation, turn-based combat, exploration and typical types of character progression. All of these components are woven in neatly with the less common time management aspect. You have a deadline to complete many of your tasks, and different actions will chew up the remaining time in different ways. I always felt as though I had enough time to complete my primary task, but for those who really like to explore every nook and cranny and maximize your stats and crafting – you will have to leave a few stones unturned. This, plus the character selection at the beginning does help to offer up some additional replay value.

In terms of the presentation, there is a lot to like here. I have always been a big fan of the visual style of this series, with its use of colors and often beautiful style of art. The music ranges from fitting to incredibly memorable depending on the situation. On top of that, I am always happy to see a game get such a thorough localization effort. There is a ton of text here, but it has been translated over very well. All in all, it makes for an aesthetically appealing package from start to finish.

These different systems can prove quite deep, and this is one of my favorite aspects to the series as a whole. This version of the game however, does a great job of explaining things without the hand-holding becoming too obnoxious. Menus are clean, there are plenty of directions, but there is enough space given for some trial and error as well. It is not as though the game dumps all of its information on you at once, causing your eyes to glaze over due to data overload. Instead of hitting you over the head with one tutorial after another, a lot of the information is nestled into the in-game help, which covers a variety of topics quite nicely along the way. You will still be learning new things near the game’s midpoint, and as these new systems are injected into your experience, you are then shown how they work. It is a near-perfect learning curve, but there is still certainly a curve here that newcomers to the series will no doubt have to master. 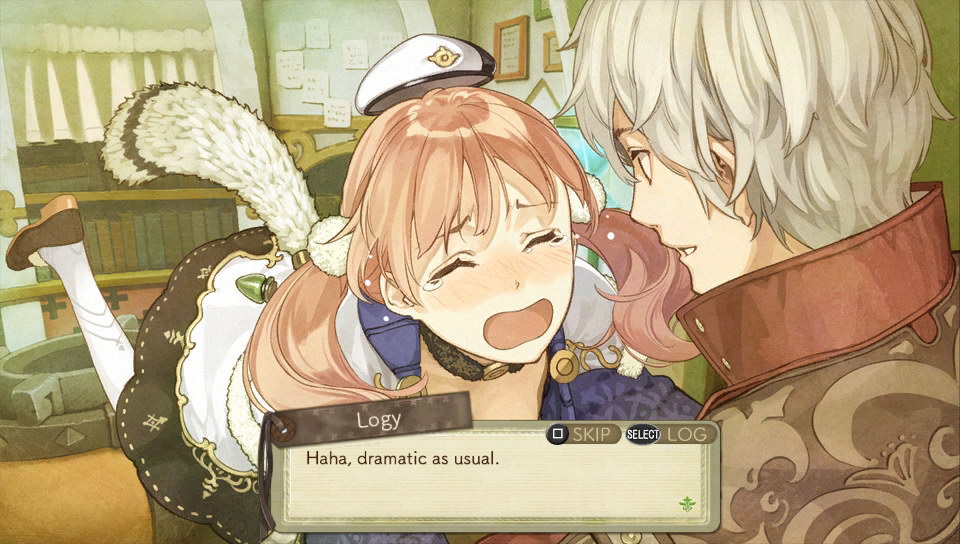 Unlike the learning process, the actual difficulty in combat pacing is a little more questionable. Midway through the game, what was an easy experience takes something of a nasty turn that can surprise you if you are unprepared. Hardly the end of the world, but if you breeze through your earlier missions, you might find yourself struggling to improve enough to properly continue given the constraint of the time-based mission structure later on. It is hardly the end of the world, and as a long time RPG gamer, I tend to max out as much as possible along the way anyhow, but even with my characters stronger than average at the time, I noticed when the enemies were carrying a much bigger, heavier stick with which to beat on me.

All in all Atelier Escha & Logy Plus: Alchemists of the Dusk Sky is an excellent RPG that once again makes a smooth transition from the PlayStation 3 to the Vita. Because of the two different characters and the inability to really explore and do everything you might want to given the time boxed nature of the missions, there is some replay value to be had here. Huge fans of the series such as myself will need little more reason than that to dive back in and play the game again. However, beyond those items and some additional DLC packaged in, this iteration of the game might not be as compelling if you feel you got your money’s worth out of the title during its first time around. Still, RPG fans who somehow missed this chapter the first time should do themselves a favor and grab it and enjoy it for its deep systems and generally likable characters.