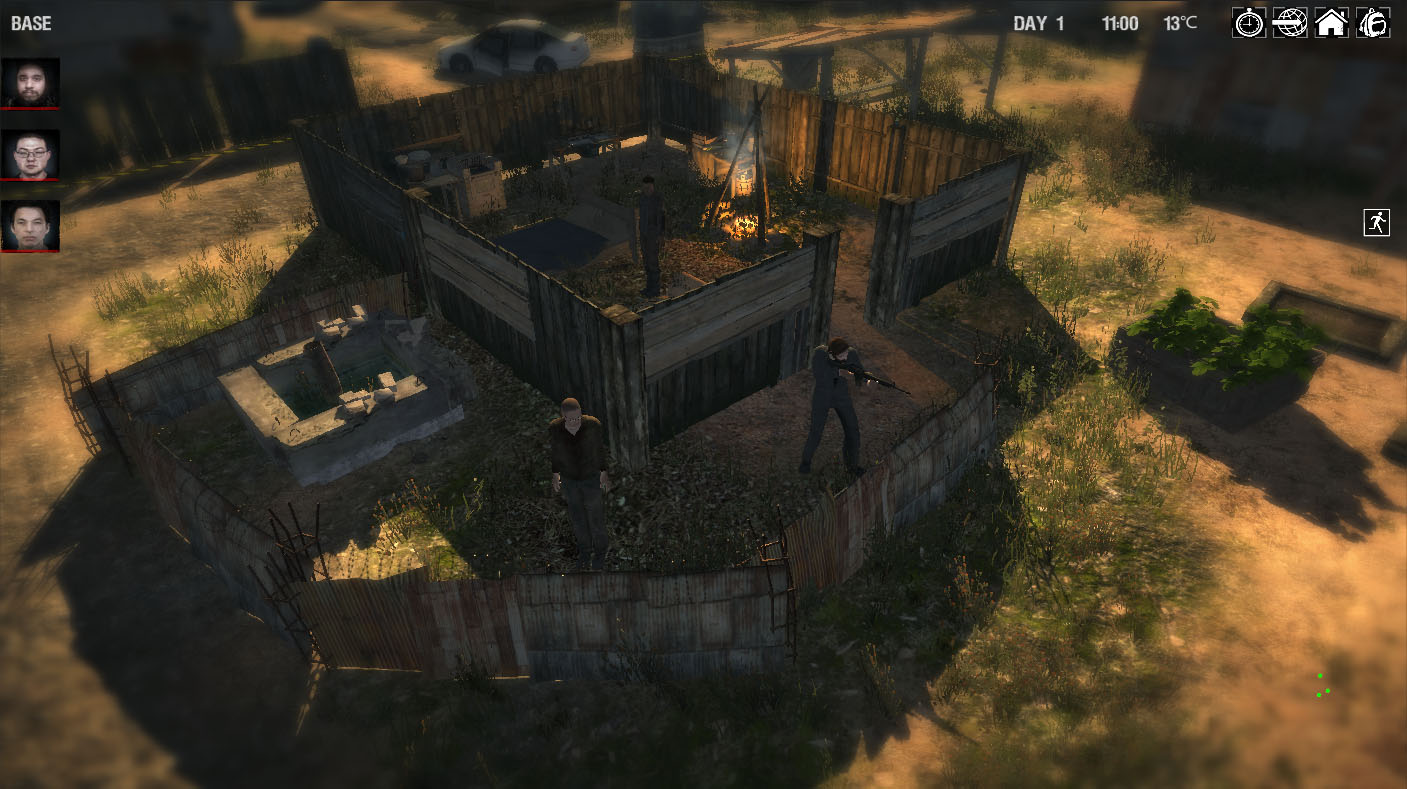 As the name indicates, strategy is involved here, but really at its core, Forsaken Fortress Strategy is a resource management and survival game. There are some big ideas bubbling just beneath the surface, though the indie nature of the development team does force them to scale it back a bit.

This is a somewhat smallish game, though there are a trio of modes of play. Challenge is focused on escaping the city while the Free mode is geared towards making things more challenging, but really Survival is when Forsaken Fortress Strategy is at its best. In this mode, you attempt to survive for twenty days – no small task.

The visuals are pretty simple, but there are some nice touches to be had that range from a fully movable camera to animations that depict different jobs and states of well-being. The sound effects are also simple, but they mesh nicely with the soundtrack to create a an almost haunting and often tense atmosphere. On the whole, the presentation will not blow anyone away, but it is solid and helps to deliver the game’s mechanics effectively (though there is a lack of intuitiveness in some of the controls and understanding what certain skills do – these things can all be a bit too vague at times). 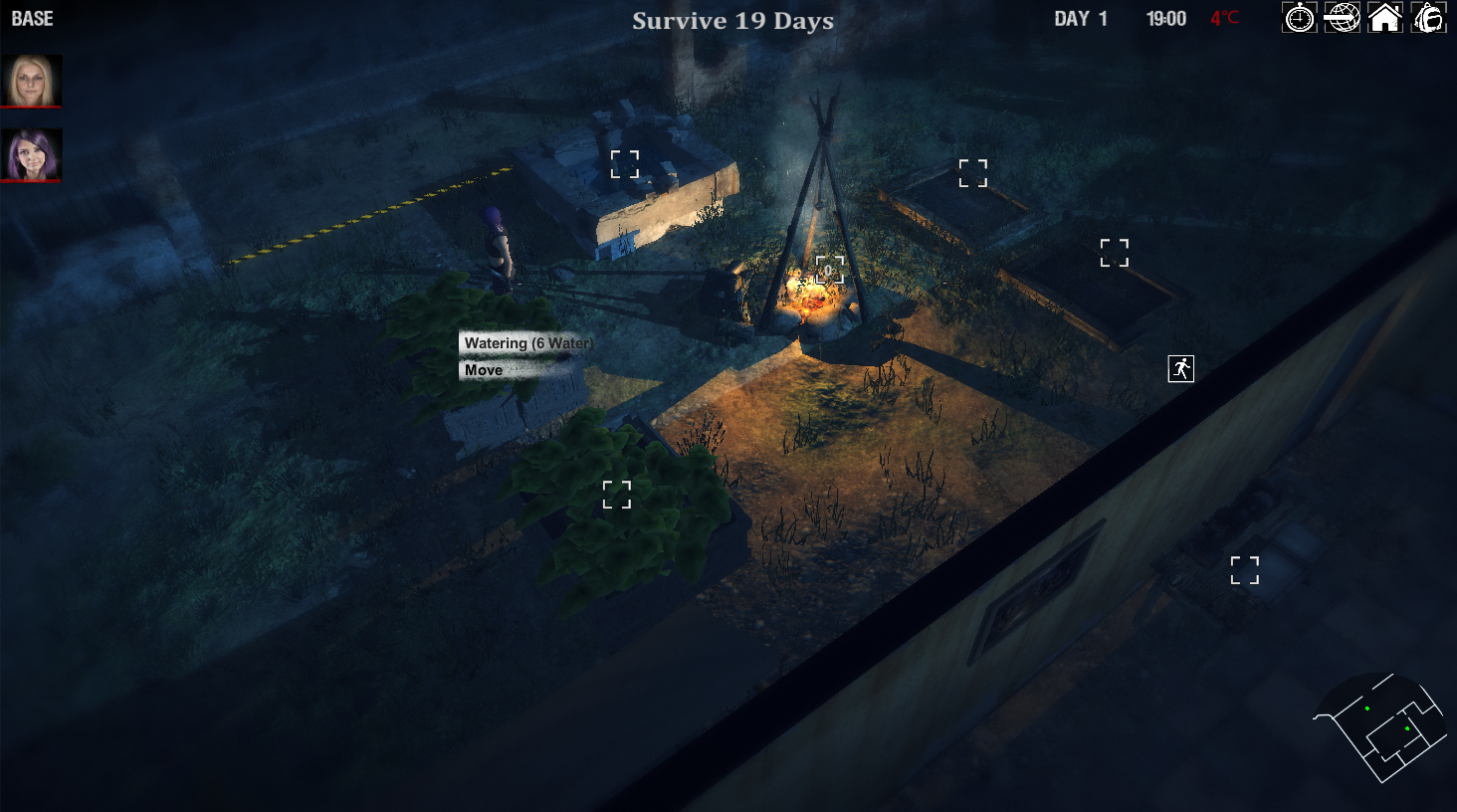 The premise is that of survivors in a post-apocalyptic world where your team of plucky survivors have to try and fend off zombies and bandits after a biochemical war has ravaged the lands. The only means of surviving is to explore the world, scavenging for supplies, trying to construct adequate shelters and fending off the bad guys. If all of this sounds awfully familiar, it is because we have seen these types of scenarios used for games dozens of times.

While this overused scenario breeds both familiarity and perhaps disdain depending on your own personal preferences, the meat and potatoes behind the different systems are interesting and should appeal to those who like to try and milk the most out of simulation/strategy games. You will quickly acquire some new people to join your team, and each one has different strengths and weaknesses. Aside from their actual talents, you have to keep an eye on stats such as stamina and morale, or they might not deliver for you come crunch time. You will want to find and upgrade from melee to ranged attacks quickly, because they give you a significant advantage in combat. Bandits tend to be somewhat more organized, while zombies are more straightforward but often stronger in their own way.

Of course, not everything is about battle. You should build improvements to your structures, and this is done by gathering supplies and bringing them back to your encampment. A kitchen can make a tremendous difference when trying to prepare foods to keep people fed and happy. This creates a continuous balancing act, since it is safer to tuck in and remain where you are, but eventually you will need resources again. 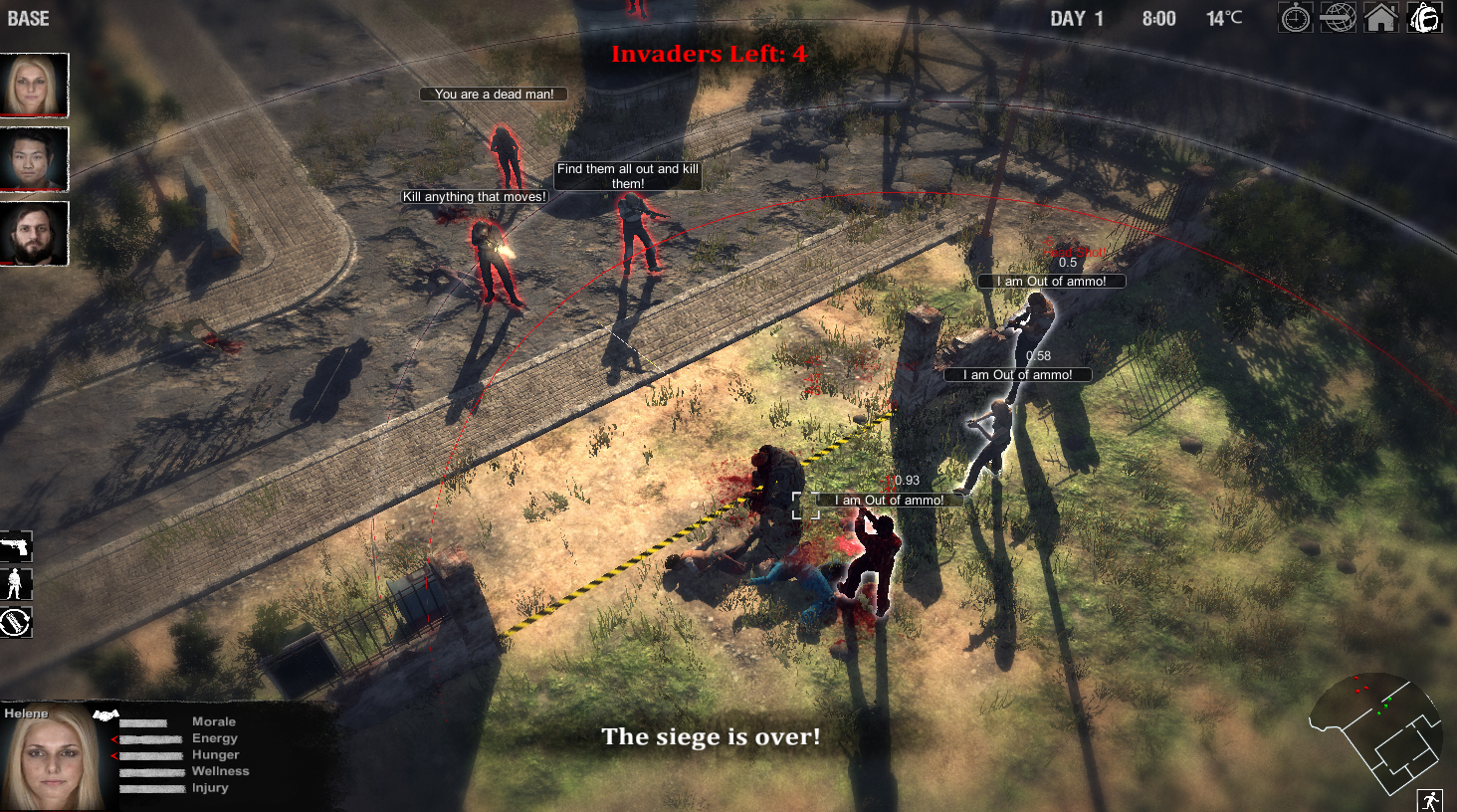 So the overall blend of the above elements works pretty well. However, this is an Early Access title and there is still room for improvement. I would like to see a lot more building options eventually, and the camera while good in theory, can be a little touchy at times. I like how you can spin about and see things from just about every angle possible, but it is still a bit rough around the edges. Balance is also a concern, with enemy fights that range from pedestrian to insanely tough. There should be a gentler curve in between those extremes. Last but not least, the enemy AI could probably be improved in some areas (maybe with zombies being just more powerful, but the human bandits better coordinated than they already are). Also, the regrowth rate for thoroughly scavenged areas is often very slow.

All in all Forsaken Fortress Strategy is fun more often than not. It has plenty of rough edges, but from such a small team working on an Early Access game, that is to be expected. There is also quite a bit of potential here for those who enjoy the setting and want something a little more strategic than the all-out-action most post-apocalyptic games provide.