comments Share
You are reading
The Banner Saga – PS4 Review 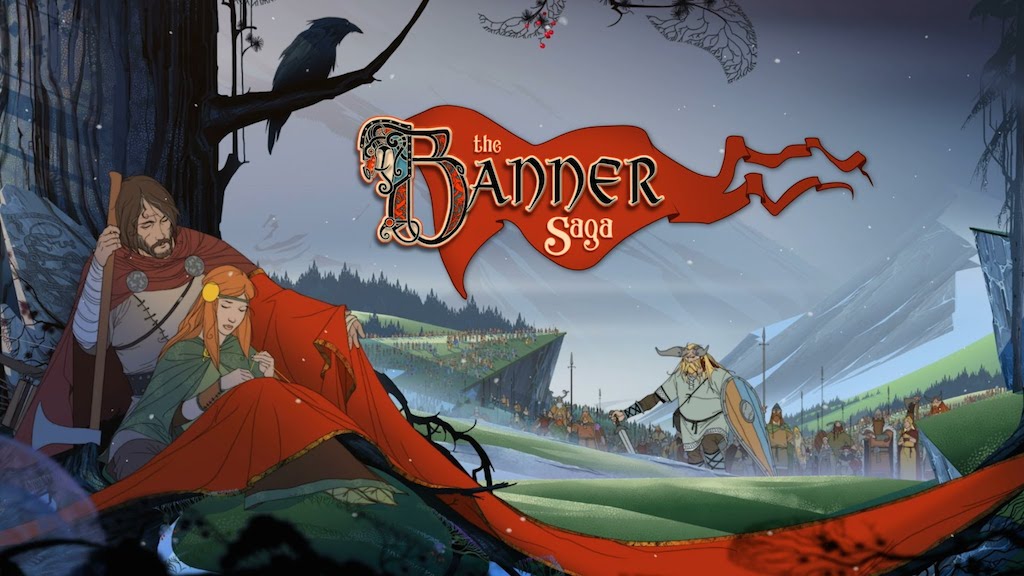 Challenging, bleak, beautiful – The Banner Saga is a tough game to describe, because it is many different things. It is hard to believe that it has been two years since this title released on PC, but it is just as riveting as ever on the PlayStation 4 today as it was then.

Up here in Michigan, we like to joke that it’s cold and that we might never see the sun again, but this is the stark reality facing the world of The Banner Saga. A fantasy title with a lot of European aesthetics to it, this world where the sun has disappeared and in its wake left a never ending winter is at times incredibly harsh and brutal, but the interesting personalities and gorgeous visual style help to make this a memorable game for RPG and strategy fans.

While the overarching tale is not the most unique of settings, it does help to set up a world and a tone that the game follows through on until the end. Instead, the characters are really the driving force behind this game’s narrative. This is reinforced by decision making that is seldom cut and dry/right or wrong/black or white. There’s shades of gray to everything you do, and that sort of compromise means few decisions are easy, and outcomes are not always what one would expect. 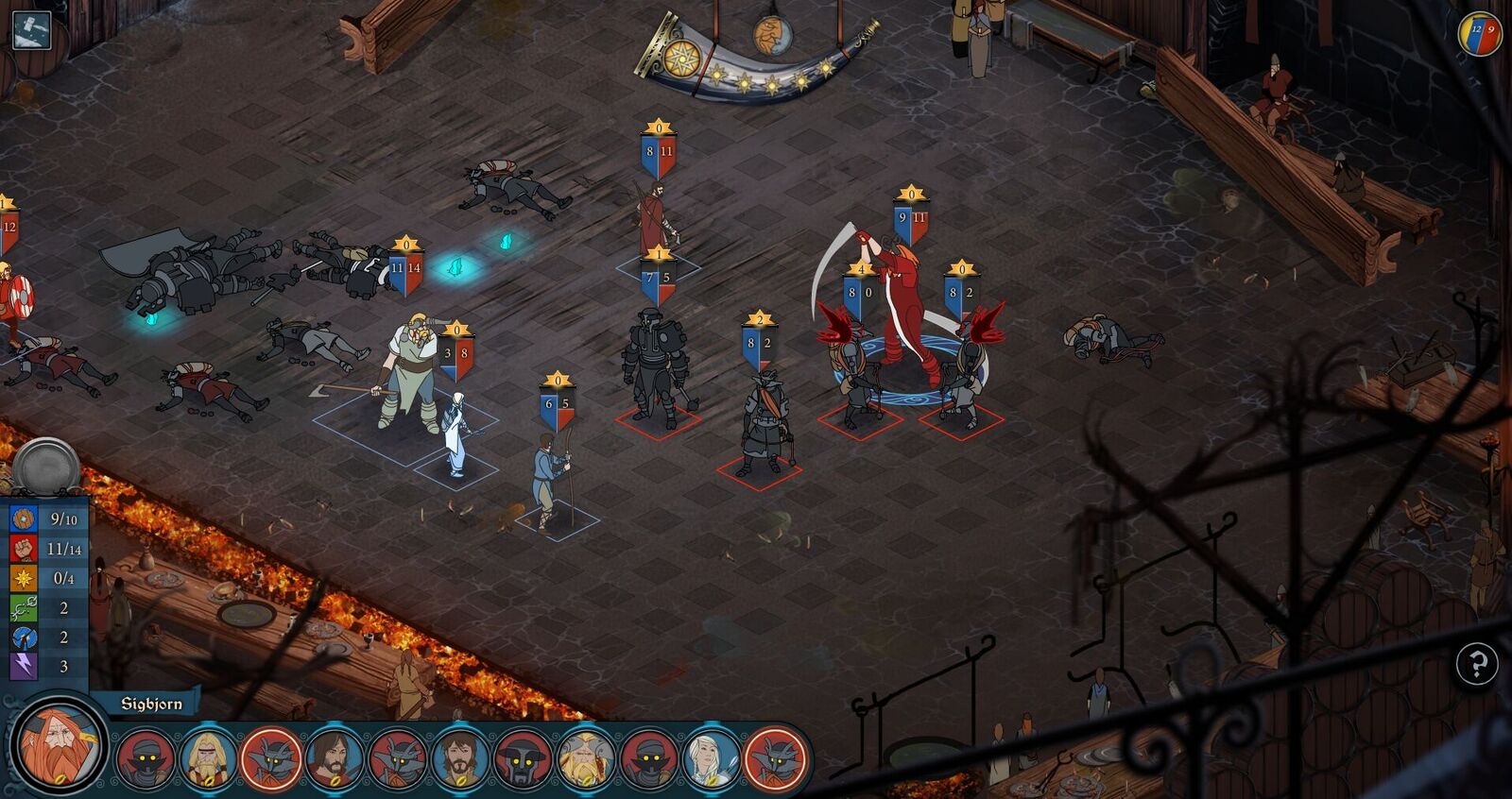 The story is also helped by the jumping from one group or character to another. This offers different stories, different vantages on the plot and helps to keep the somewhat slower paced plot engaging when it might otherwise falter. Still, for me the highlight here is the ability to have my decisions actually impact how the story plays out. I am always a huge fan of choice impacting the narrative, and appreciate it when games actually give weight to my decisions.

These large chunks of story are well counterbalanced by the turn-based strategy elements. The actual combat is excellent, and it reminds me of some of my favorite games of old, from Shining Force to the more popular Final Fantasy Tactics. It all works well, with steadily increasing depth and more options over time that really make you consider your next move in the combat. The system itself is a simple enough one, and that makes the control scheme something of a shame, because there are times when the button configurations just do not translate well to the controller. It is hardly a deal killer, and thankfully I was already familiar with the game, so I knew what commands did when executed. That being said, if the controls were a bit of a slog for me, I can only imagine how confusing they would be to someone who is brand new to the title and still trying to understand the systems at play as well. 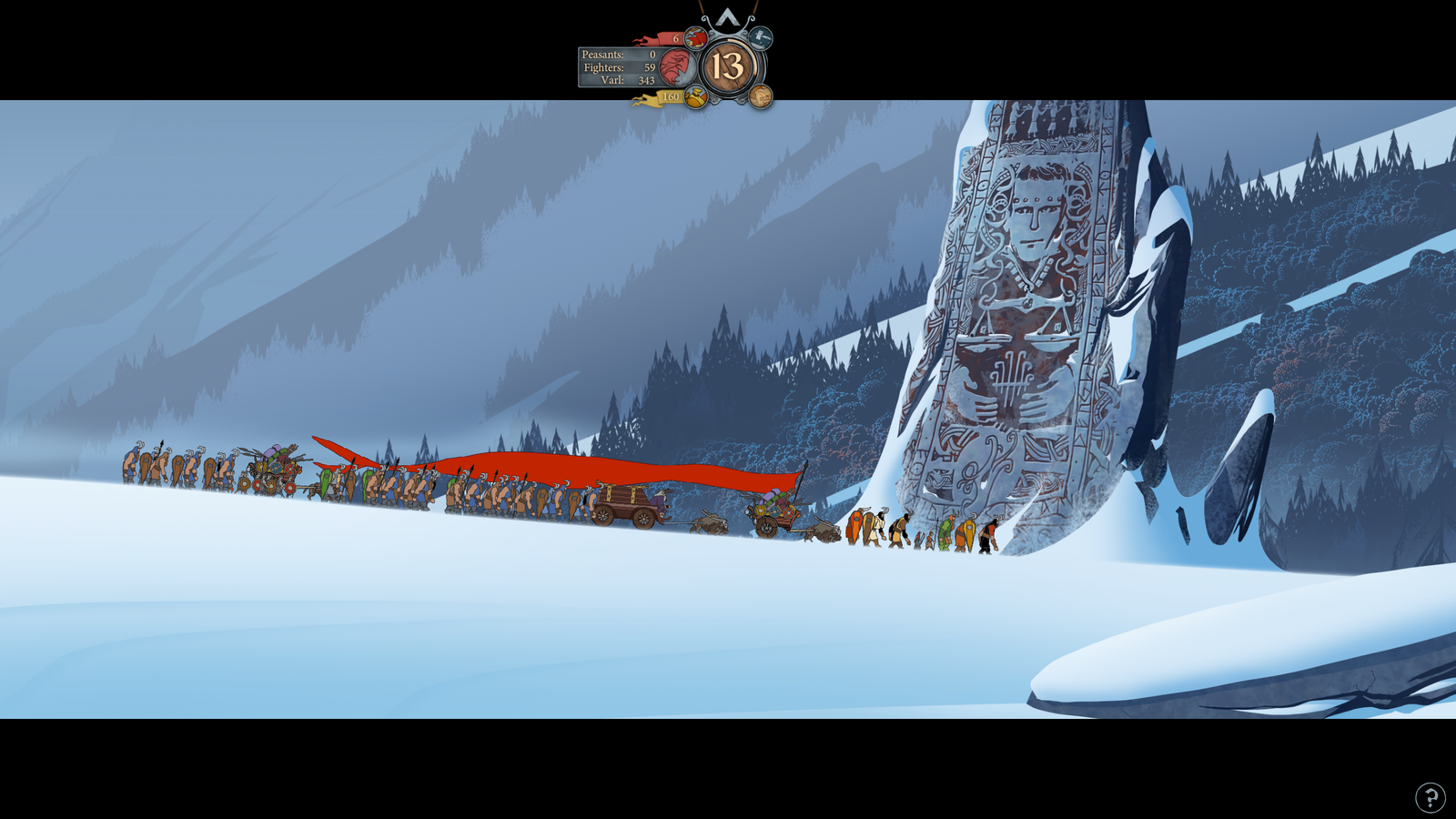 Thankfully there are varying levels of difficulty that make things a lot easier to newcomers. You can make the combat itself less challenging, but also cut down on the need to rest. Or, if you really appreciate a good challenge, go for the hard setting and watch your numbers dwindle as your people continue their march and encounter new and imposing threats along the way.

There is a lot of fantastic lore to be found in The Banner Saga, and equally enjoyable strategic combat that mixes wonderfully with the different RPG elements. I felt as though my units were progressing, improving, fighting back against the bitterly harsh world they occupied. It is also a beautiful, if often sad experience, with graphics and music that really compliment a game that had me questioning my choices on many different occasions. The interesting characters help to compensate for the pedestrian overall story and the controls do not make this the smoothest PC to console transition ever. Still, there is enough variety in combat and branching of storyline that I eagerly fired up the game for a second time to see how my choices could impact the story on my next playthrough.

The presentation in The Banner Saga is something else. Perhaps the only notable shortcoming is that so little of the dialog is voiced, but beyond that? The visuals are stunning, with absolutely beautiful use of color. It has been a long time since I saw a stark landscape such as this while finding myself impressed with how pretty the game still manages to look. The music is a worthy companion, soft and subtle when it has to be, but soaring and epic at all of the right times as well.