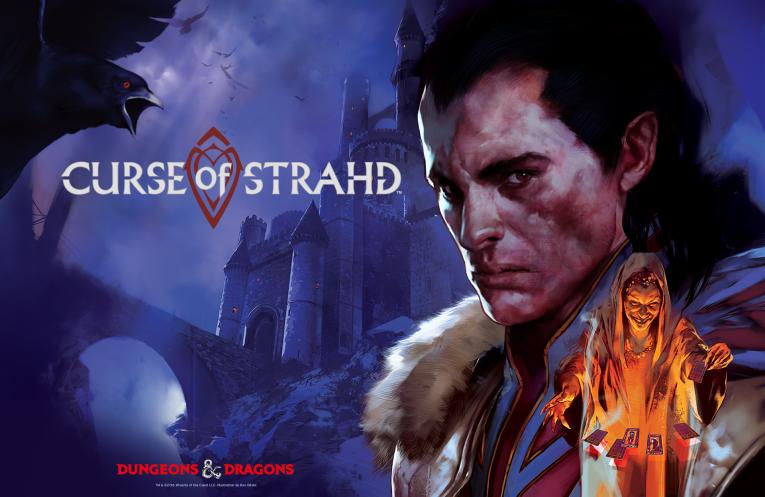 I got my start with Dungeons & Dragons when a buddy introduced me to the Dragonlance campaign. Over the years our core group played a lot of different campaigns from a variety of different settings, but perhaps none of them stuck with me nearly as effectively as the Gothic horror of Ravenloft.

Given the incredibly strong opinion of the most recent releases over the last year and a half (ranging from the Starter Set, to specific campaigns to even the latest DM Screen) – we tried to stay on top of lots of release information last year.

I am not sure any of those announcements have me as excited as hearing about the return to Barovia and the Castle Ravenloft.

This upcoming campaign will be called Curse of Strahd, and it is coming up quite quickly – you can expect to see it March 15th. One of the things that always worked so well for me with this particular campaign setting was the idea that horror and challenges were more than just physical, but quite often psychological as well. While there has always been plenty of evil to find and combat (or depending on the campaign, perhaps give in to), there are a lot of interesting, sympathetic and sad storylines that populate the dark world as well.

This particular expansion promises to aid the immersion by providing a tarokka deck. This physical deck of cards should add some much-needed unpredictability to things, which can only help with the replay value of the campaign as well.

As someone who has read dozens of books from the Ravenloft series and played the campaign in different ways over the year, I am really excited to see how this campaign turns out.