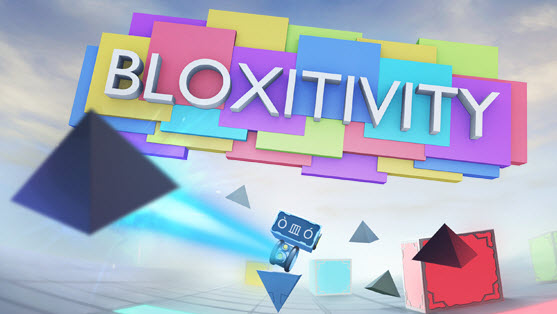 So upon hearing about Bloxitivity I thought, “Wow! There’s a lot of potential here!”. Once I received the game and opened it, I was looking forward to seeing if it would live up to its promise. There was a little bit of a text intro to help you understand where you stand. Then opened the title screen. It’s colorful and edgy with a neat picture of gameplay in the background. I clicked on play and was immediately dropped into the first level. I wasn’t sure of the controls so I just messed around a little getting a feel for the game.

Now, a game doesn’t have to hold your hand from start to finish. In fact, many of the best ones give you a chance to learn through some trial and error, so the lack of detailed instruction was not necessarily a problem in and of itself. However, mixed with the somewhat questionable controls, it did create slightly lesser impression.

The controls are so detached and the character to platform and character to blox ratio is awful. You can walk off the edge as easily as you can be standing mostly off of it and still count as on the platform. Trying to jump onto the top of one of the blox is a pain. You need to just keep jumping against it until you finally just get there, then sometimes you fall off. Frustrating. Especially since when you fall in the water, you lose. 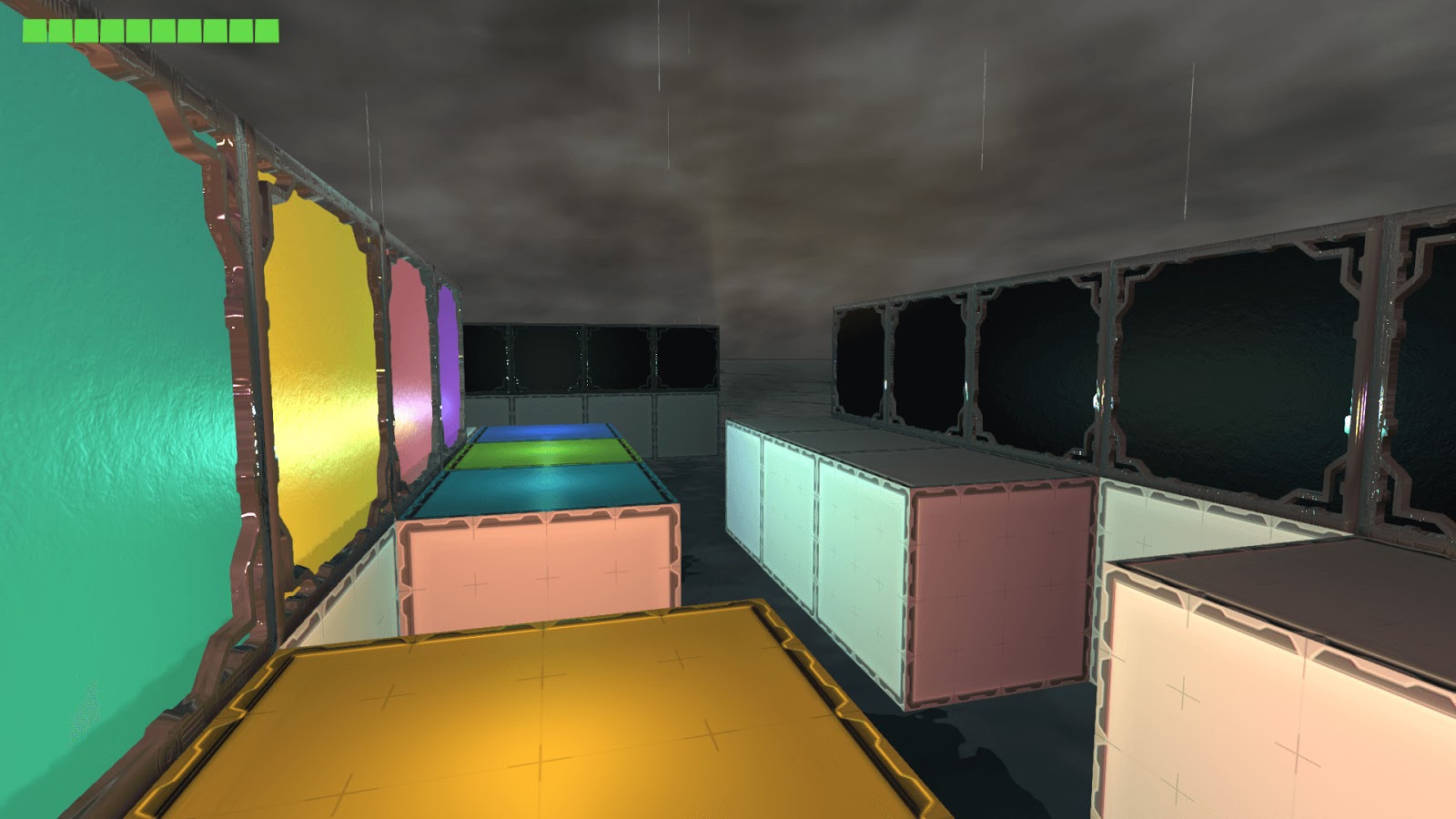 When you “laser” the blox to move them around, sometimes you can push them off the edge. This is actually a mechanic that is quite useful if you have blox you don’t need that are simply getting in the way. Occasionally, you push blox you do need off the edge, which is far more annoying. You need to restart the level when that happens.

Failing at a level many times in a row is frustrating, but fret not! You can pick whichever level you want at any point. Personally, I don’t like that at all. What’s the point of solving all the puzzles if you can just skip them all? Besides learning what you can do and what everything does of course. This is especially true given the lack of early direction in the game, where the development team clearly wanted gamers to learn the mechanics and rules of their title organically through gameplay. It also cheapens the sense of progress, since you can skip about at will.

The music was initially loud – almost startlingly so at first, but was very fun to listen to and grew on me over time. The soundtrack is a mix mysteriousness and tense challenge and whimsical fun all at once. There is also something of an 8-bit style to it, which is appropriate given the nature of the title. So to that end, the music does a nice job of conveying the tone of the game, perhaps better than the actual gameplay mechanics did. 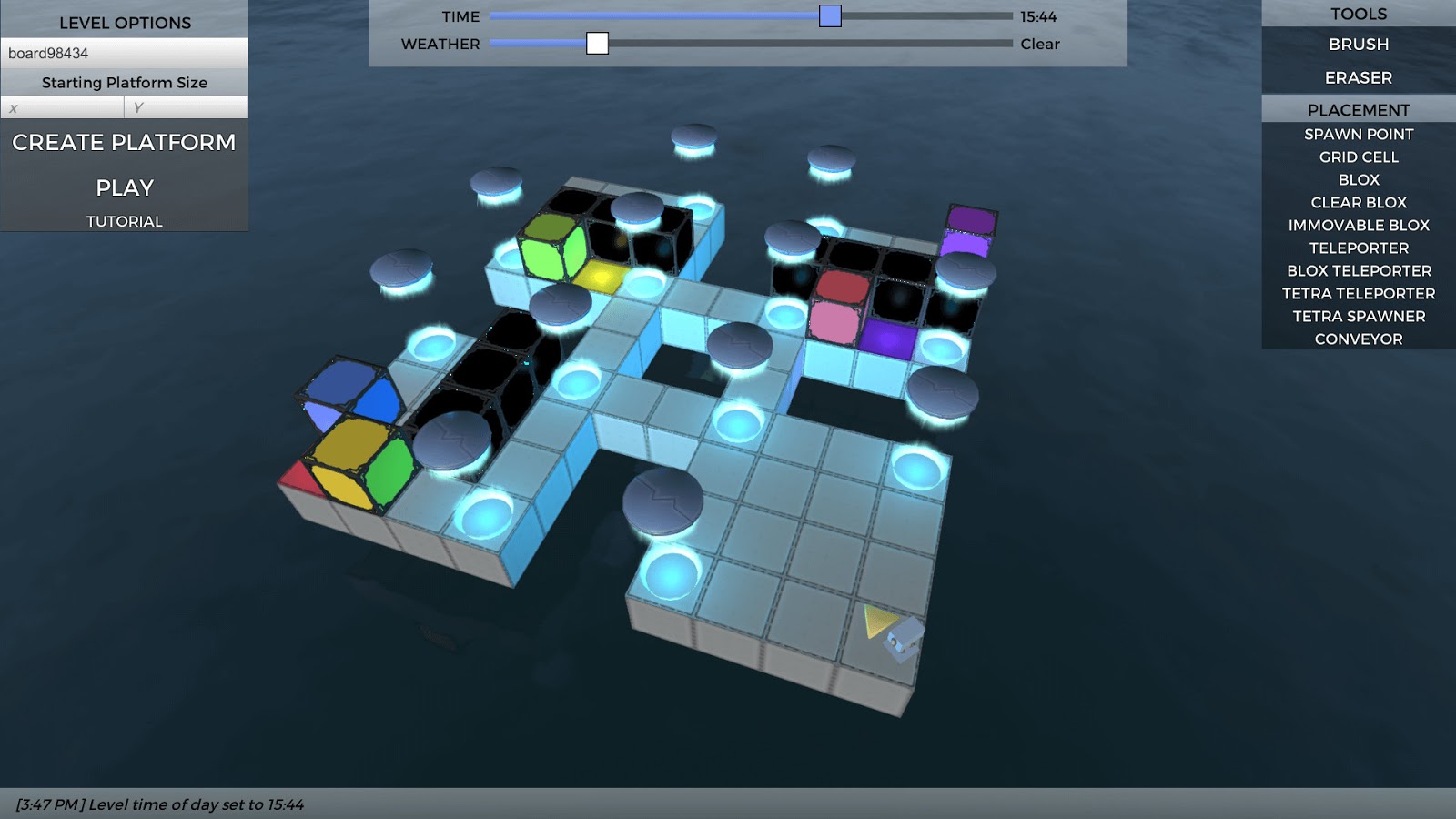 The graphics are okay. They’re not terrible or amazing. It is mostly just shapes after all, so in a world of simple geometrical shapes, Bloxitivity is going to be lacking somewhat on the aesthetic side of things. The blox are very colorful though which stands in striking contrast togray platform you play on and the gray blox that are unmovable or useless.

All in all, Bloxitivity is a rather simple game with charming music and colorful visuals that is okay to spend a little time with, but a lack of depth and progression mixed with sloppy controls make for an experience that is frustrating more often than not.