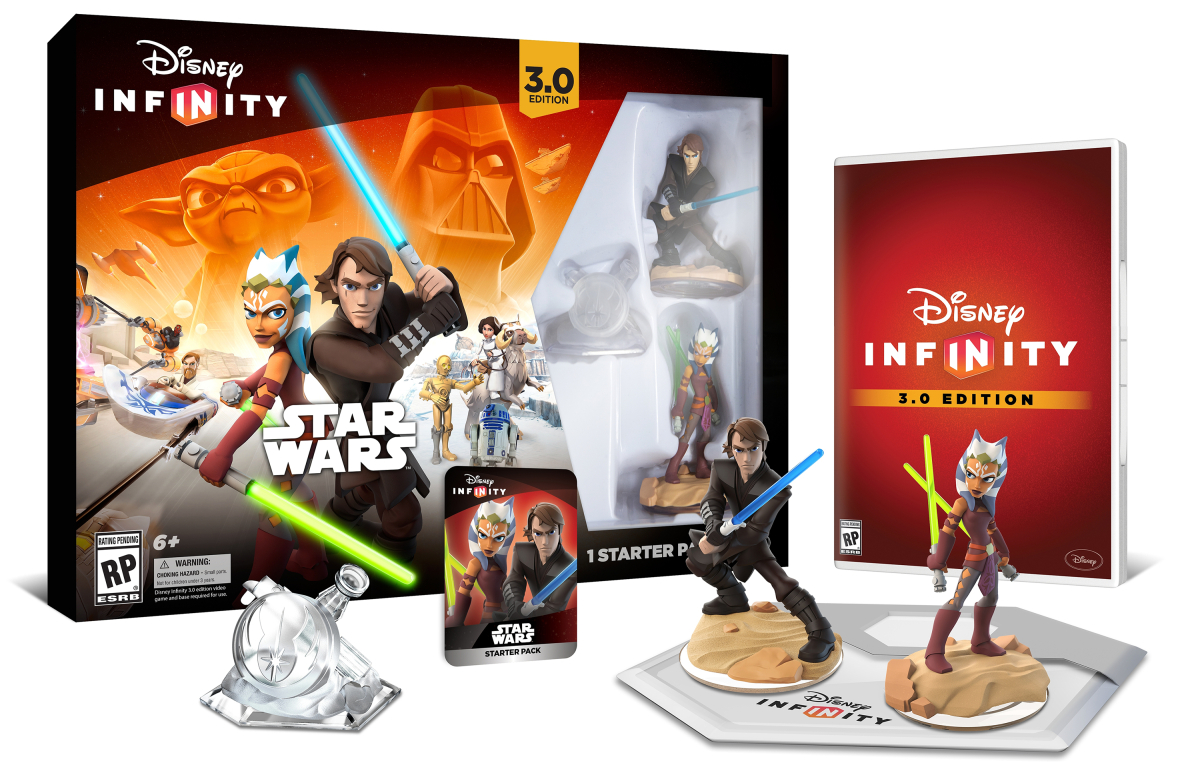 The ‘toys to life’ phenomenon is one that has really taken hold of video gaming, and Disney Infinity may be one of the most popular iterations out there. In my time with the game, I found it to be fun, but with some notable flaws as well.

While the review of this game might be seen as really, really late (it has after all, been out for some time), I only recently had a chance to play it since getting it around Christmas. Now I have a ton of characters (admittedly, very Star Wars heavy in theme but others like the Iron Man Hulkbuster have worked their way into the collection) and sets to compliment the initial acquisition.

Visually, there are some nice touches, from a lightsaber scorch mark on the ground to the relatively smooth animations during combat. One area that the 3.0 edition of the game has benefited from is an improved combat system – especially on the melee front. I do wonder how the all-inclusive framework (using characters and such from the earlier Disney Infinity games) will hold up as more and more releases get bolted onto it, but I dug being able to use older power discs and characters as well. 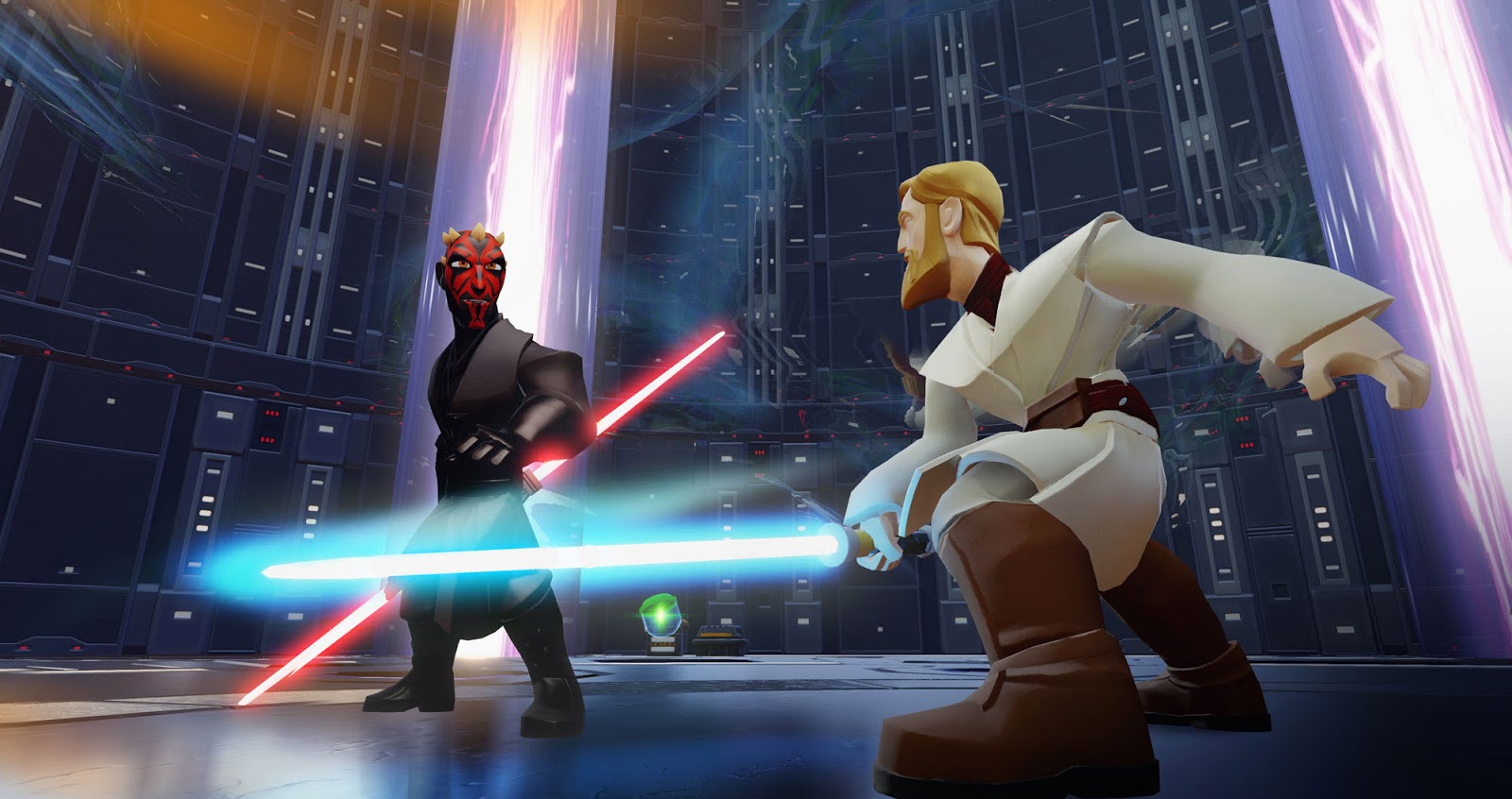 For those unfamiliar with the Disney Infinity framework, you have a disc that powers everything, from the hub (with lots of tutorials and some pre-designed sections meant to show off what the game can do from racing and shooting mini games to different types of combat and exploration) to the toy box to your personal home. Think of your home as your trophy room, where unlocked characters and items give you the ability to deck it out. However, the bulk of the time spent with the core game will likely be in the area editor. You can unlock different scenery, items and more, giving you a larger toy box to work with.

However, if you buy additional sets, you gain not only new characters, but access to more story modes too. Each of these runs a handful of hours and offer different pre-constructed adventures. For example, you might start off learning the basics of combat using a melee character, but unlocking other types of characters as you play through the story. Additionally, you might have some sections where you are doing a racing/chase scene or having dogfights in space against other starships. The amount of variety tucked into these adventures is pretty solid, though sometimes they can be a little buggy. I found a couple of quest lines that were hard if not impossible to complete, and one in particular frustrated me because I apparently accessed the part of the story that took me into space, but I did not trigger the event that would unlock the planet I needed to go to. I looked this up and found quite a few people ran into this bug, and all of these months later, it has not been patched. This perhaps bothered me more than anything during the experience.

The game itself is a lot of fun – especially when playing with someone else. Sure, half of the time my kinds and I were kicking each others’ butts as much as the enemies, but that was half of the fun too. The adventures are greatly helped by the progression system that allows you to level up characters and unlock new skills or passive abilities. Getting Darth Maul to level twenty and maxing out his melee damage and Force Finishers was a riot. 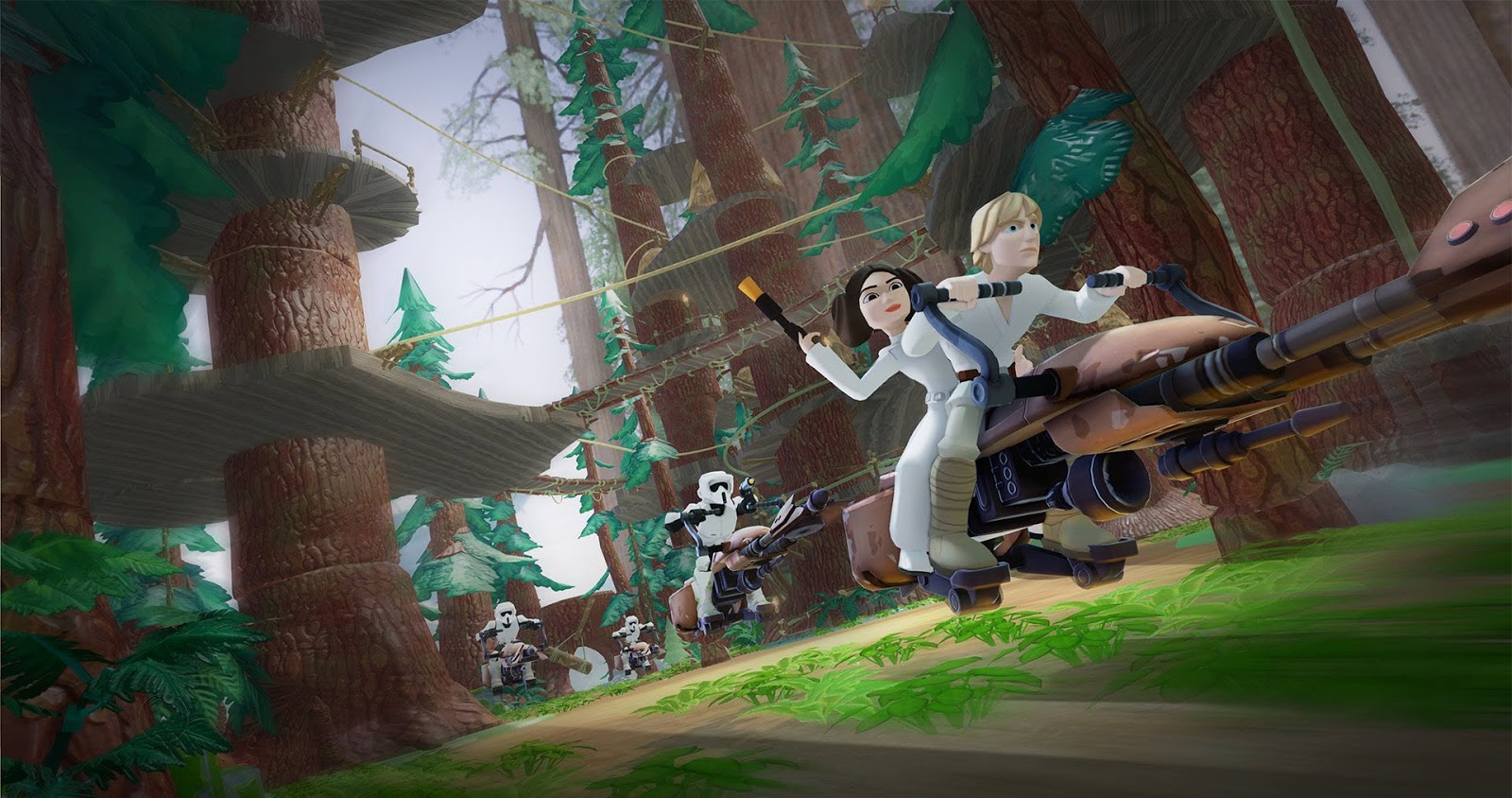 Now, the idea of ‘toys to life’ has never sat particularly well with me. The idea that I would have to buy new characters or adventures to unlock the full game content has always felt a bit like a physical microtransaction. The only advice I can give on that front is that while I still feel this way, if you dig the figures and pieces, it is a bit less annoying. I have payed more for DLC and never gotten a physical toy out of it. Some of the characters are better made than others, but as a tremendous Marvel and Star Wars fan, I suspect that these guys will look good on a shelf (likely next to my Amiibos) one day when they do not actually serve a purpose. If you are okay with that, then the premise behind Disney Infinity should not bother you too much. If the toys are of no long-term interest to you? This might be a tough pill to swallow as it is going to cost far more than the usual sixty bucks to get the most out of your experience.

I have spent far more time with Disney Infinity 3.0 than I had ever intended to. My kids all enjoy it, I am a huge Star Wars nut so the theme fits, and I genuinely enjoy leveling up and progressing my characters. Some bugs in the game and the feeling that you are making a physical microtransaction take some of the shine off of the game, but generally speaking I enjoy the experience.