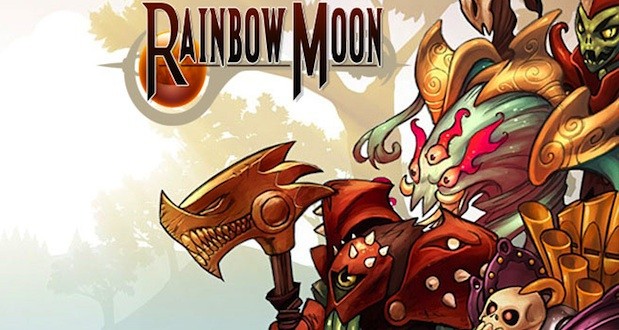 Rainbow Moon is one of those games that probably did not need to be re-released on the PlayStation 4, but I am glad it was. Charming visuals, challenging combat and an often lovely soundtrack punctuate what is still a very good game previously only found on the PlayStation 3 and Vita.

Make no mistake, Rainbow Moon is one of those games just begging for you to spend hours grinding away at it. The thing is, the combat works so well, and the world is so interesting to explore, that a somewhat dry story and lots of repetitive hours of grinding away melt away to still leave me feeling as though I had a pleasant experience.

This is my second time playing the game (having also experienced it on the Vita), and I have to say that it still looks gorgeous on the big screen. The vibrant colors, creative landscapes and myriad of monsters all made exploration entertaining. The day to night and back again cycle added a nice touch in the environments that show a good deal of range as well. Too many smaller downloadable titles find a primary aesthetic and stick to it, but Rainbow Moon is a longer game than most downloadable only titles, and as a result the adventure you go on spans more landscapes than you might normally encounter in an RPG like this. 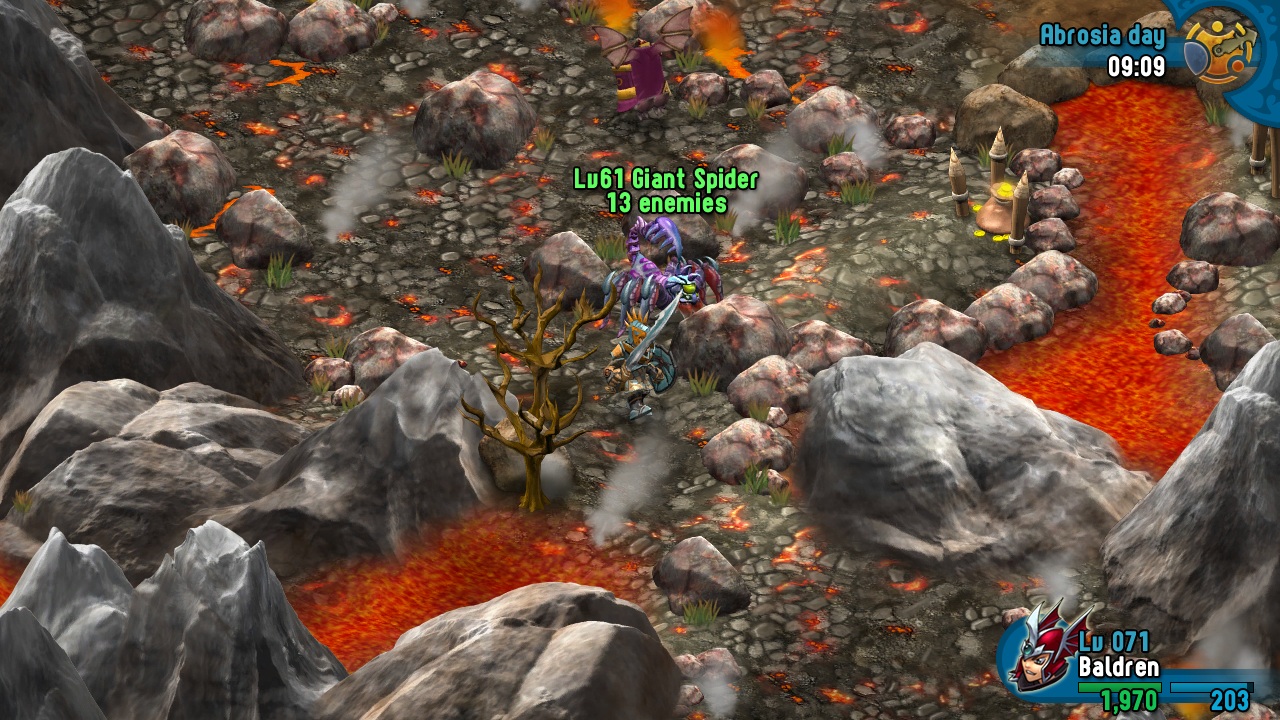 However, for me what makes Rainbow Moon so successful is the combat and character progression. While no new ground is really broken here, the tactical combat is still a joy. It is easy to pick up the basics of movement, special skills and attack angles. The game continues to grow and progress, introducing ranged attacks, multiple moves per turn and more. The learning curve is expertly balanced, and while Rainbow Moon is downright mean on harder settings, I never felt like it was cheap or an area could not be beaten. Certainly I had some deaths, but even those are generally pretty generous in terms of your resurrection.

If there is a resource that runs low and makes Rainbow Moon hard, it is money in the early going. Health potions are easy to squander in mid-combat, and if you are in a dungeon, you might have to decide between burning through your last couple of potions, or trekking all of the way back to where you can buy some more – assuming you have the money to do so. This can be especially true if you tend to spend large wads of cash on new gear, though the upgrade systems to the gear and the characters is deep enough to provide most of what you need for combat.

Puzzles are simple enough, but still interesting and sometimes outright amusing. Generally speaking, they are quite simple. For example, in the first couple of hours or so that you play, you will encounter two holes you cannot traverse. In both instances, you will want to acquire a ladder so you can cross them. Character dialog is pretty simple and the story itself is really nondescript. If anything, these elements are some of the weakest in Rainbow Moon, which generally does a good job of picking and choosing well-known RPG conventions and tuning them very well. Combat, character progression, item development and more are all mechanics we have seen done in other games, they are just done as well if not better here most of the time.

The team really understands the nuts and bolts behind making a good game, I just wish that the charm extended past the visuals and music (the latter of which is especially good) and into the story. Thankfully the mechanics were addictive enough to keep bringing me back for more – even on this second time playing the game. Hopefully the team’s upcoming efforts will really take that step forward and leverage the things they are already good at and improve on areas such as the story.

Rainbow Moon is a grindy kind of RPG, with an interesting combat system that kept me coming back for more. There are some weaknesses in the overall presentation – areas where the story could have proven more engaging. However, as a downloadable title, there is a lot of content here and the core game is very well assembled. It will not appeal to everyone due to the slow pacing and occasional difficulty spikes, but Rainbow Moon should satisfy its core RPG audience that will find the mechanics and progression hooks plenty of reason to keep playing.