comments Share
You are reading
City of the Shroud – PC Preview 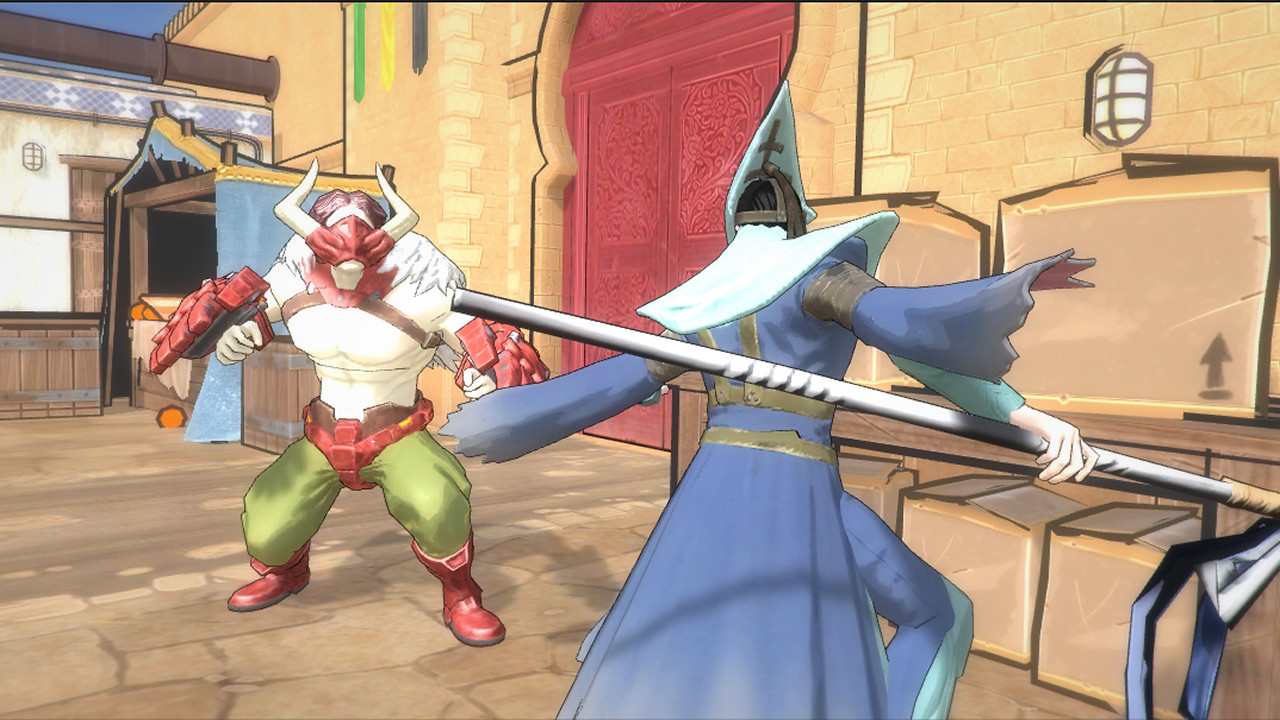 We’ve all seen the meshing of elements within different styles in order to give the experience that bit of oomph that it need to stand out among its peers. City of the Shroud not only takes this idea in order to give it said extra oomph but also manages to blend two distinct styles into one such as taking something almost turned based like Final Fantasy’s ATB (Active Time Battle) and putting it into a real time environment for something that is both fast paced and yet not all at the same time.

City of the Shroud is a Turned Based Real Time Strategy RPG with combos such as those seen in Legend of Legaia back on the PS1 that blended fighting elements into an RPG. Take a moment to let mouthful sink in. With all of these elements ambitious is a word that fits perfectly and while it is ambitious, City of the Shroud Succeeds in order to grant a very appealing game style that is easy to get into.

Starting off with a tutorial in order to go over the elements, your named character arrives to the city only to find themselves already caught up in events that will only go downhill from there. Saving a Merchant from the would have been thief before knocking them straight out with a suplex followed by a hay-maker just to really ruin their day, you become on the run because the city guard doesn’t care what part you took in it the robbery they are bringing you in regardless. Willing to help you after saving your wares the Merchant tells you of three places you could go in order to get help and hide from the guards. What happens next is up to you. 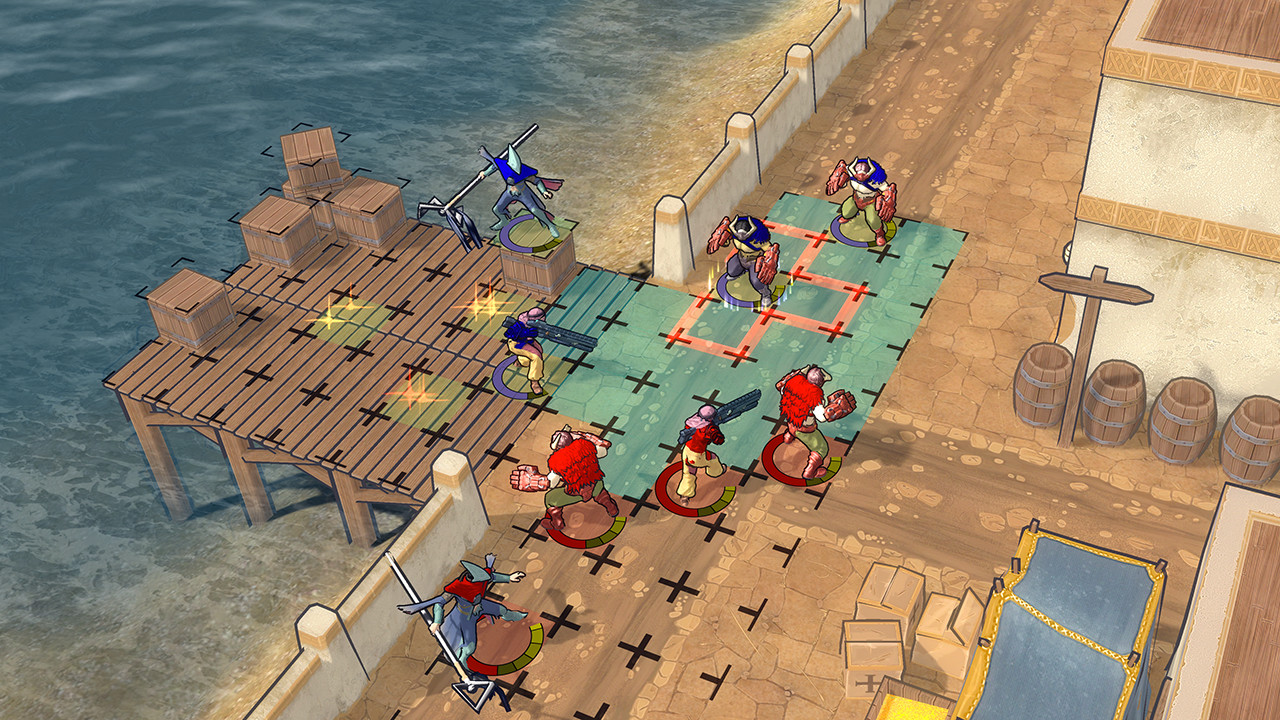 Currently still within its Kickstarter Phase with a few weeks to go and already funded things are already looking good. The dialog is well written and isn’t afraid to blend seriousness with a bit of comedy and the gameplay is fantastic. Currently there are three classes to choose from such as a Brawler, a Sniper, and a Wizard. Each offers different tactical options in order to claim victory against your opponents. Gameplay is done in real time on a square based tactical grid with your party members able to move as need be when it is needed. In some ways this felt a bit like the Growlanser series that incorporated real time elements into a turned based style but City of the Shroud takes it to a whole other level.

Once a battle starts it becomes very hard to think about anything else but what you are going to do next while simultaneously keeping an eye on the enemy who has all of the same freedoms that you enjoy. Actions are done as needed and sometimes the best defense is truly moving the hell away when a large brawler moves up to your scrawny wizard. In regards to taking an action this is where the turned based portion comes in. Every character has segments that that will fill up along a semi-circle allowing for actions to be taken. Attacking an opponent requires only one block but putting together combos and then possibly stringing them together is going to take upwards of three sometimes all the way to seven of these segments.

In order to perform combos to attack your enemies a “combo wheel” is provided to string together awesome fighting moves that everyone knows and loves. After moving on the grid in preparation of attacking your enemy, you just need to click on them to bring up the wheel in order to hopefully go to town on them. There’s Up, Down, Left, Right but unlike a D-Pad, this combo wheel follows the rules of a circle requiring you to follow in either a clockwise or counter-clockwise fashion. Depending on where the combo starts the wheel will provide a line to follow in order to string everything together from a basic three hit combo with a finisher such as the Suplex all the way to the seven move combo that blends the Suplex with a followed up Wild Swing. Keeping an eye as to whether or not a combo can be performed is extremely important when moving as moving will also take up some of the segments that are used in order to attack. 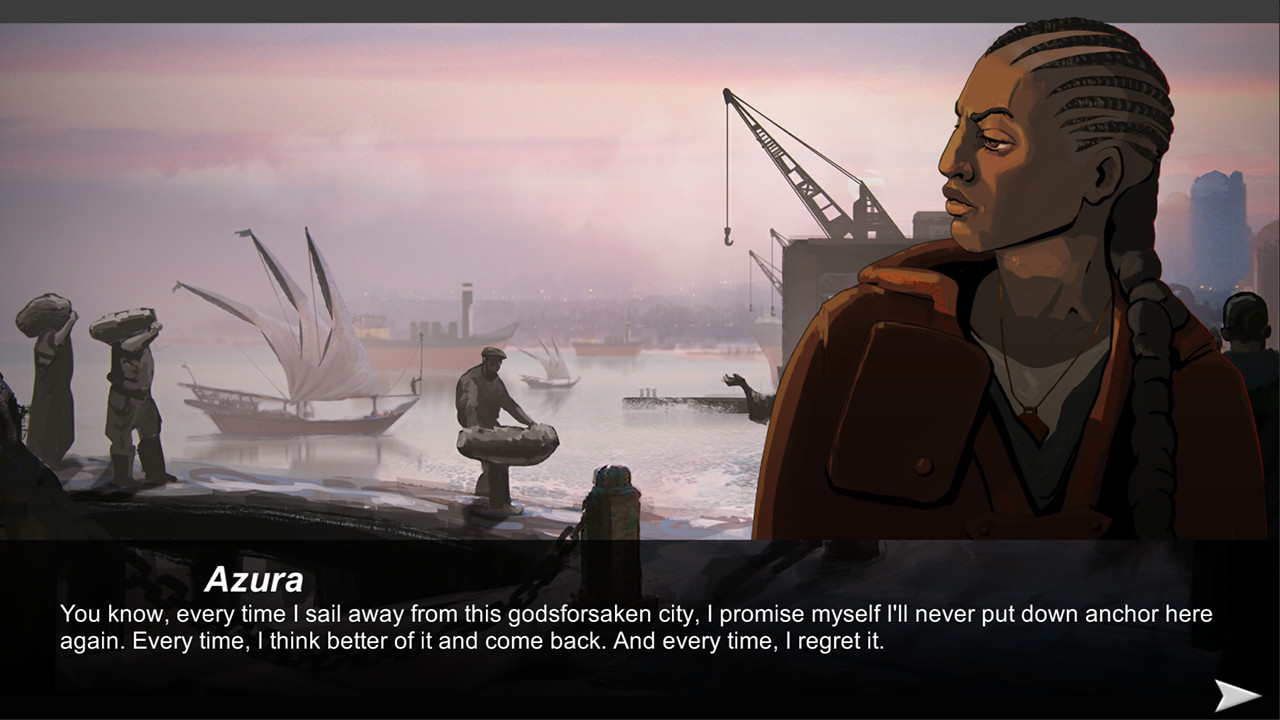 Putting all of the elements in play takes a bit of time in order to get used to but not because it’s a lot to take in as it is very well explained, but because it’s something new and focusing solely on a single character is a trap that is easily fallen into. I’m not sure having more than four characters would really be a good thing, maybe five would still be manageable but not much more than that. Keeping an eye on health, enemy and party placements, action gauges, and the recipe is complete for a rush of gameplay that is hard to put down. With story segments placing the player’s party into a set situation, random encounters can also be done in order to get a better hang on things.

Finally setting up the party with combos and gems in order to modify their stats before heading into combat is important. Combos are not things that are learned as much as they are equipped and they can only be done from the party screen. Once combat has been initiated then everything from a menu and setup standpoint is over and you, the player, must make due with the previously made decisions as to the party’s loadout from equipped combos and gems to the actual party composition in regards to their classes and their color schemes. There may need to be more colors… I’m personally a HUGE fan of loading things out in a Black and Red combination. They work well together!

I would very strongly encourage everyone to check out Abyssal Arts’ Kickstarter for City in the Shroud and download their demo for themselves in order to try it out. 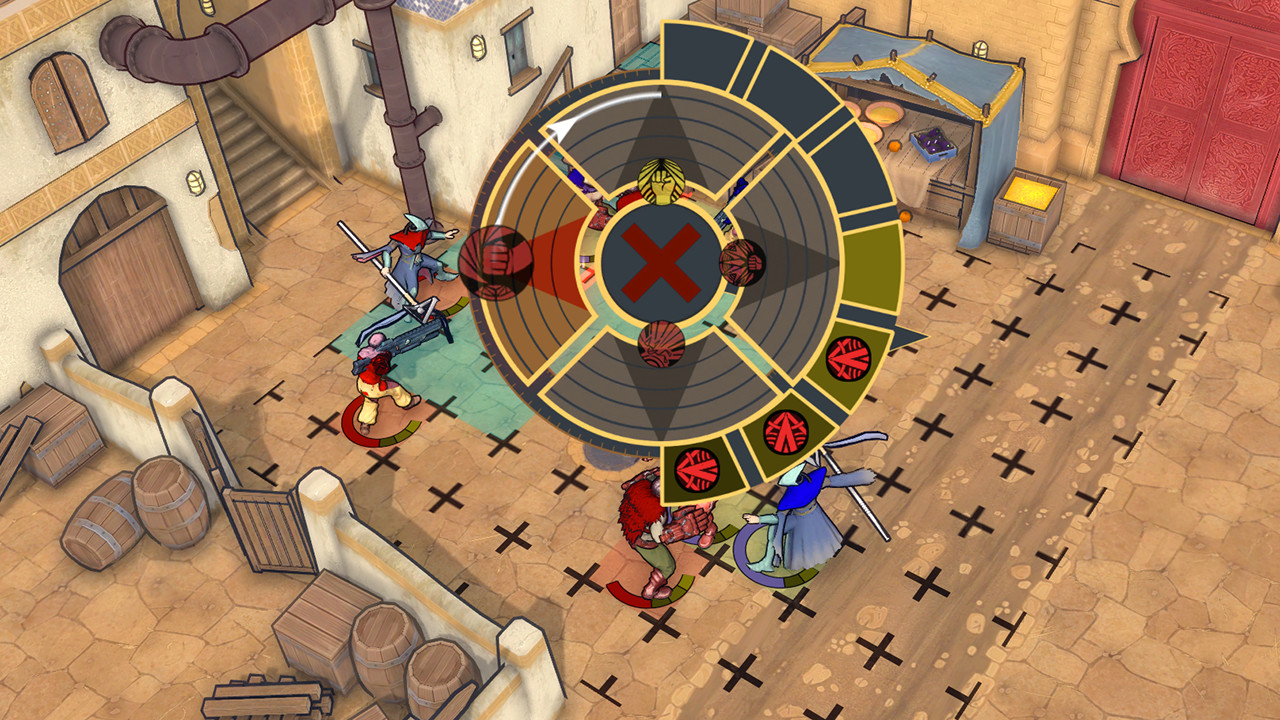