comments Share
You are reading
Automobilista: The beauty of racing simulation – Gaming Thoughts 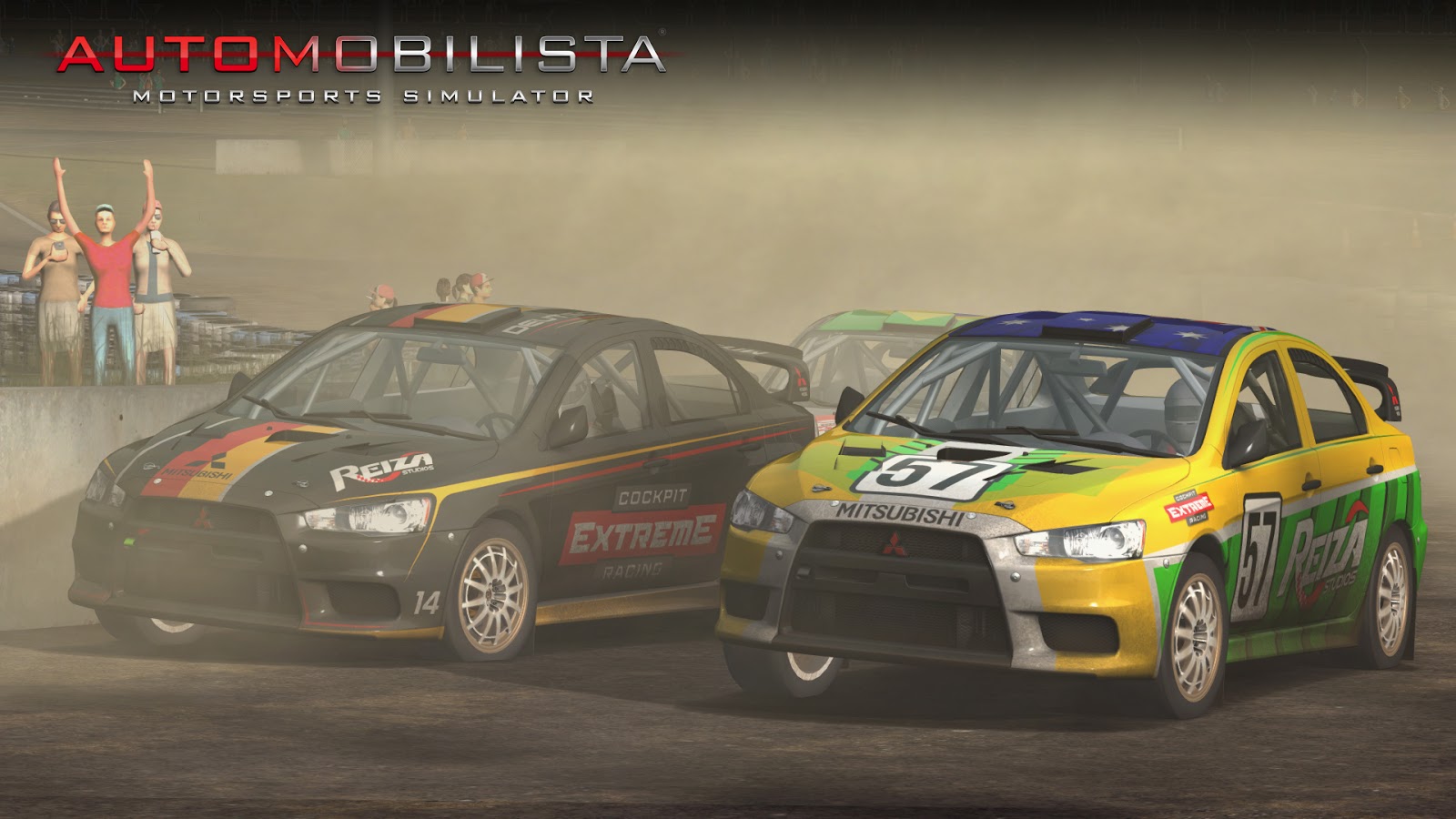 Have you ever desired to strap into a Formula One car? Do you actually have the skills to get the car around the track and back into the pits still intact? For those who might think this an easy task – especially those who’ve played Codemaster’s Formula One titles – you might be quite surprised to find out that it’s easier to damage the car’s engine attempting to exit the paddock than it is to finish an entire lap with a cold car. Reiza Studios’ Automobilista opts for hardcore simulation and lately it hasn’t just fulfilled my “Need for Speed” – I’m flat-out addicted.

A year ago a friend of mine that has actual stock car track experience decided to convert an old arcade cabinet into a racing simulator. Prior to this, my only experience with racing sims was in the 90’s as a teenager with a NASCAR sim that I toyed with a bit, but didn’t take too seriously. A Logitech G25 got fitted in alongside Project CARS and within  ten minutes I was absolutely hooked. I took the initiative to upgrade my own PC, purchased a Logitech G27, and I’ve been racing sims continuously ever since.

Powered by the ISImotor, Automobilista’s deep simulation experience builds on some of  the best sims on the market (Race 07, rFactor 2, Stock Car Extreme, etc.), delivering a virtual racing experience that’s only real competition (in my experience) is found in the likes of iRacing. iRacing is a phenomenal installment, but if time is a limiting factor – its subscription-based model simply isn’t a fit. Automobilista delivers a deep multidiscipline simulation experience that’s similar, but packaged in a title that’s easily accessible in both short and long racing stents.

Automobilista comes from Reiza Studios and it’s constantly giving back to its fans – continually building its game(s) ever bigger and better. After Reiza released Automobilista’s predecessor, Stock Car Extreme, the team continued to update the game with copious free content; but eventually sought out a crowdfunding option to massively upgrade the game, including improvements to the game engine. It’s goal was achieved and the end result found such massive updates that a new release was necessary. In true Reiza fashion, a public announcement was made, opening a window for new game purchasers to enlist and once the deadline was crossed all owners of SCE would get Automobilista absolutely free once it released in Steam Early Access, which is where it currently resides. True to form, Automobilista already has a host of free content coming, as well as major (paid) DLC content.

So what makes Automobilista different? It isn’t one specific thing, really. It’s the way the game doesn’t hold your hand, but opts to drop you right of into the paddock like a professional driver. You don’t start off on the track; instead, you find yourself needing to fire up the car’s engine, drop the car in gear and then drive out onto the track with cold brakes, tires and engine, which severely limits the car’s performance in the opening lap. It’s also in how the game allows you to learn how to take a car from 150+ to 60 mph entering the pits without a penalty, before trying to slip into your team’s box without overshooting the pit box. And it’s in the incredible force feedback output to the wheel and the blistering sensation of speed the game offers. Automobilista isn’t a mere video game, it’s a true simulation and one that has real life value to those who dig in deep. 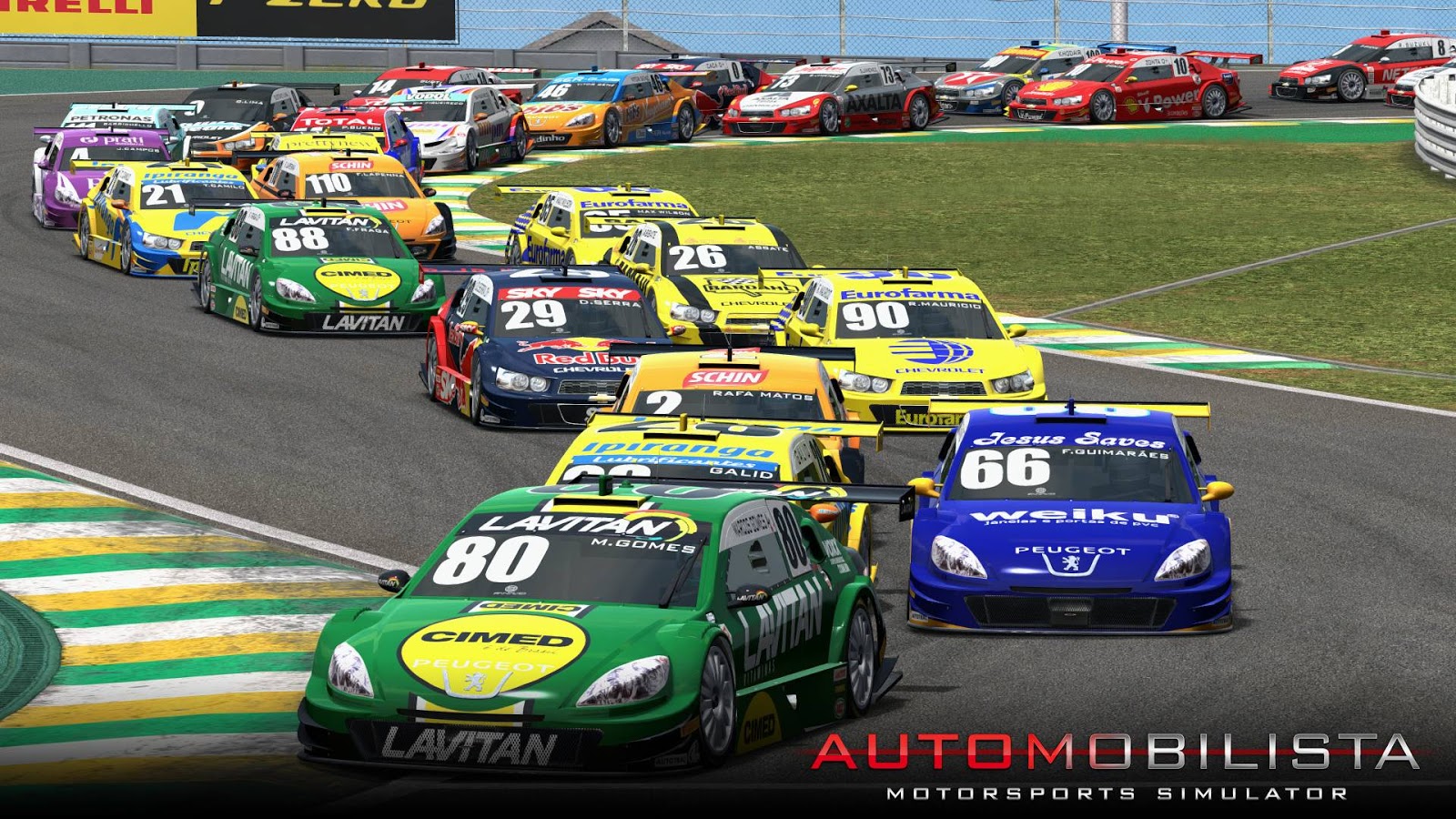 Those new to racing sims will most likely feel overwhelmed upon entry here. This is understandable, but those who have a decent racing wheel can give one of Reiza Studios’ earlier titles a go free of charge on Steam, Copa Petrobras de Marcas, which will allow you to get a feel for what Reiza’s titles have to offer. Learning the racing lines and car setup is no easy task – the latter will take endless hours to master (if ever) – but it’s what keeps us sim racers coming back for more over and again. Couple this with the large variety of disciplines on offer, from rental karts and 800-HP open-wheel cars to Rallycross Evo X and Supertrucks – there’s just so much to dig into with such vast degrees of complexity that I can’t get enough of Automobilista as of late… and that’s before taking the game online to truly test your skills against live competition.

Reiza Studio’s Automobilista brings a hardcore racing simulation for those looking for an extreme level of realism, without the monthly subscription-based payment models necessary to play iRacing. It’s a love letter to hardcore sim racers, but casual gamer might to opt to stay in the paddock for this event.

Article by Christopher I.

The PlayStation 1: An Appreciation