comments Share
You are reading
The Banner Saga 2 – PC Review 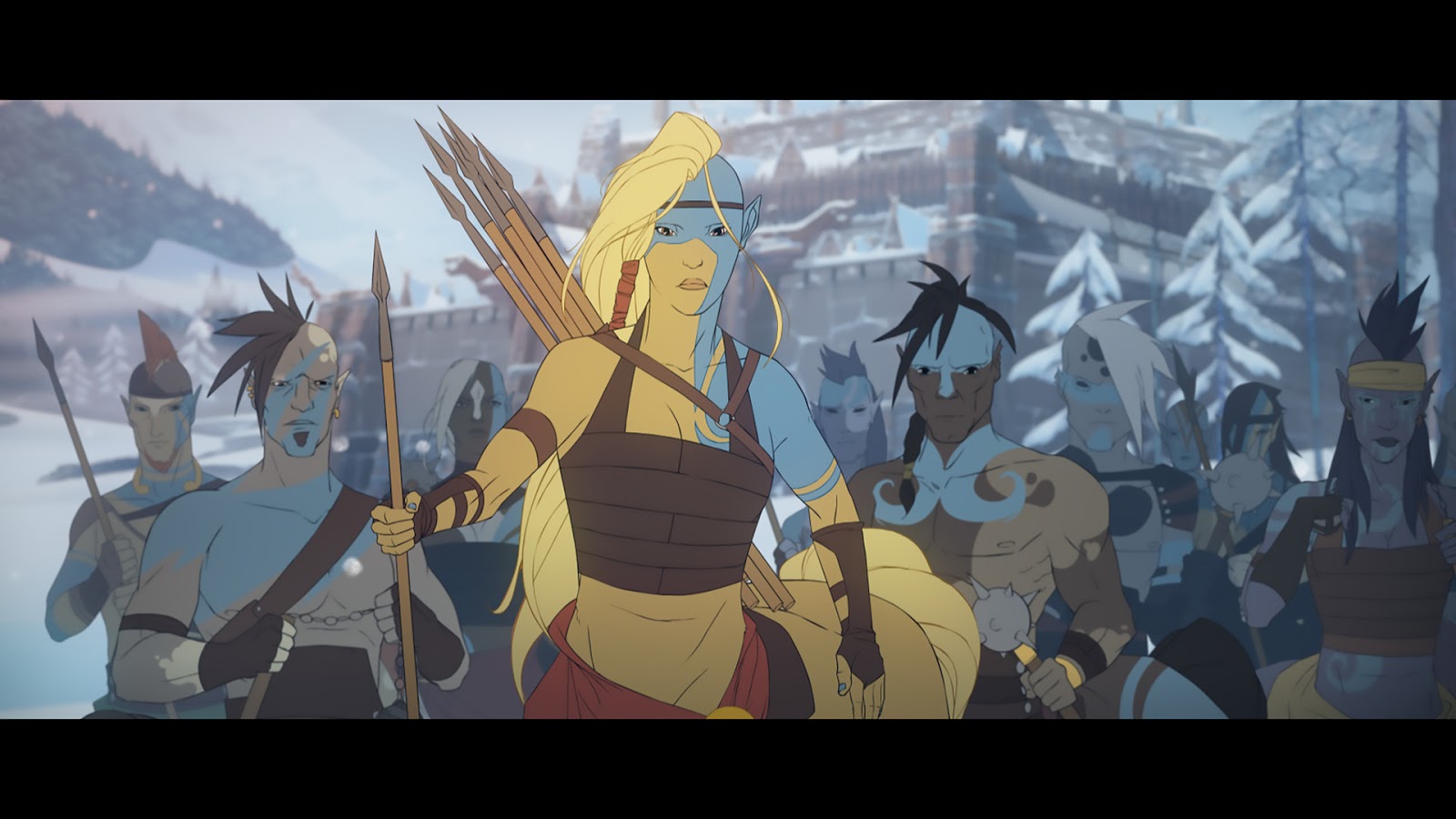 The first Banner Saga was an awesome game, and one that sort of took people by surprise. The art style was appealing, but until they had a chance to play it, it was hard to know what to expect from this strategy/RPG hybrid. However, once people got their hands on it, the game was a fast hit with gamers and critics alike. With a story that left plenty of room open for a sequel, it was only a matter of time until The Banner Saga 2 was released, and now that it has, I can say it is every bit as good as its predecessor – and in most ways better.

Not having the element of surprise this time, The Banner Saga 2 had some big boots to fill and was not going to take anyone by surprise this time around. Taking place almost immediately after the conclusion of the first game, The Banner Saga 2 sees the weary caravan still looking for safety from the ever-present Dredge. There are glimmers of hope among the people due to the hard fought victory secured in the first game, but these new adventures will face even grimmer challenges this time than the last.

Probably the biggest improvement in this title over its predecessor is the pacing of new content – specifically new units that get introduced throughout the storyline. Because things come at more measured intervals, some of the ‘same old same old’ feeling that populated the middle stretch of the last game. When it comes to the combat itself, it is the same brand of carefully balanced turn-based combat that the first game provided for us. You will face the worst in people, the most violent of wild animals and of course the Dredge as they continue their endless march against your people. 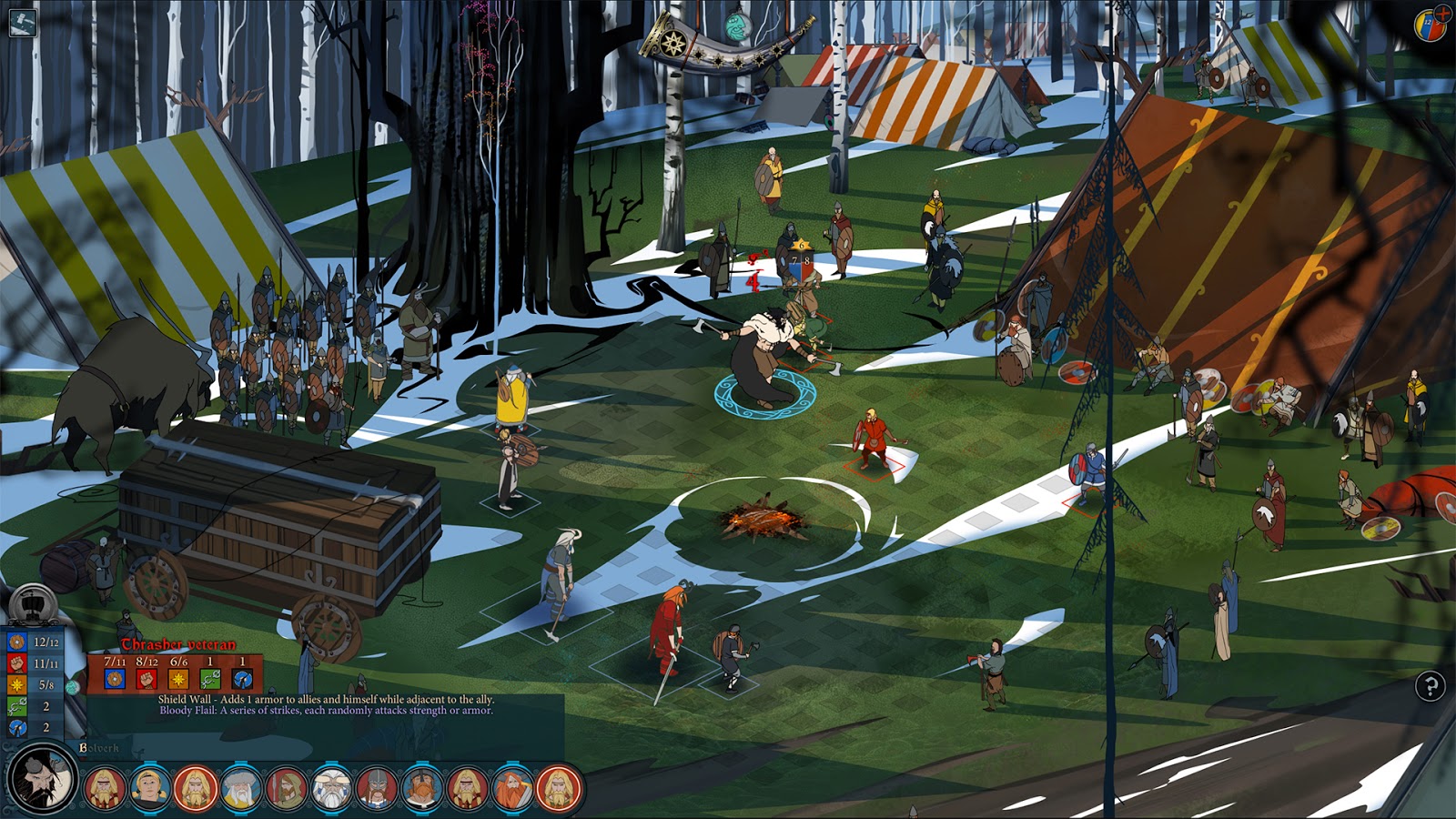 The good news is, if you enjoyed the first game, you are likely to love this one. In terms of structure, stylish visuals and outstanding storytelling steeped in Nordic mythology, The Banner Saga 2 is a win across the board. In fact, if there is one argument to be made against this title, it is that it feels more akin to a continuation of the first game than a truly ‘new and improved’ sequel. The interface is again near-perfect. The weight of choices… oh this is easily my favorite aspect of the game, but choices are so important here and there are no clear cut right or wrong answers. It is more a matter of what you can live with – what hurts the least, because this is a dark story filled with plenty of loss along the way. It is all very reminiscent of the first title, which is generally good, but a few more distinctive characteristics of its own would have helped my final impression of The Banner Saga 2. With such a heavy reliance on the first game’s characters and enemies, I could not help but come away with the feeling that The Banner Saga 2 played things a little too safely at times.

Now, speaking of the narrative, it is worth noting that it is split into two halves here and I did truly enjoy the arc that accompanied Bolverk. He is a mercenary cloaked in a lot of mystery that is carefully peeled back upon during his adventure, and his half of the story became the more interesting one to me. Despite the effort to split the narrative between him and either Alette or Rook, Bolverk came away as the strongest character, the primary protagonist in my mind, and I was quite alright with that. His story is a fascinating one that weaves into the overall narrative very well. 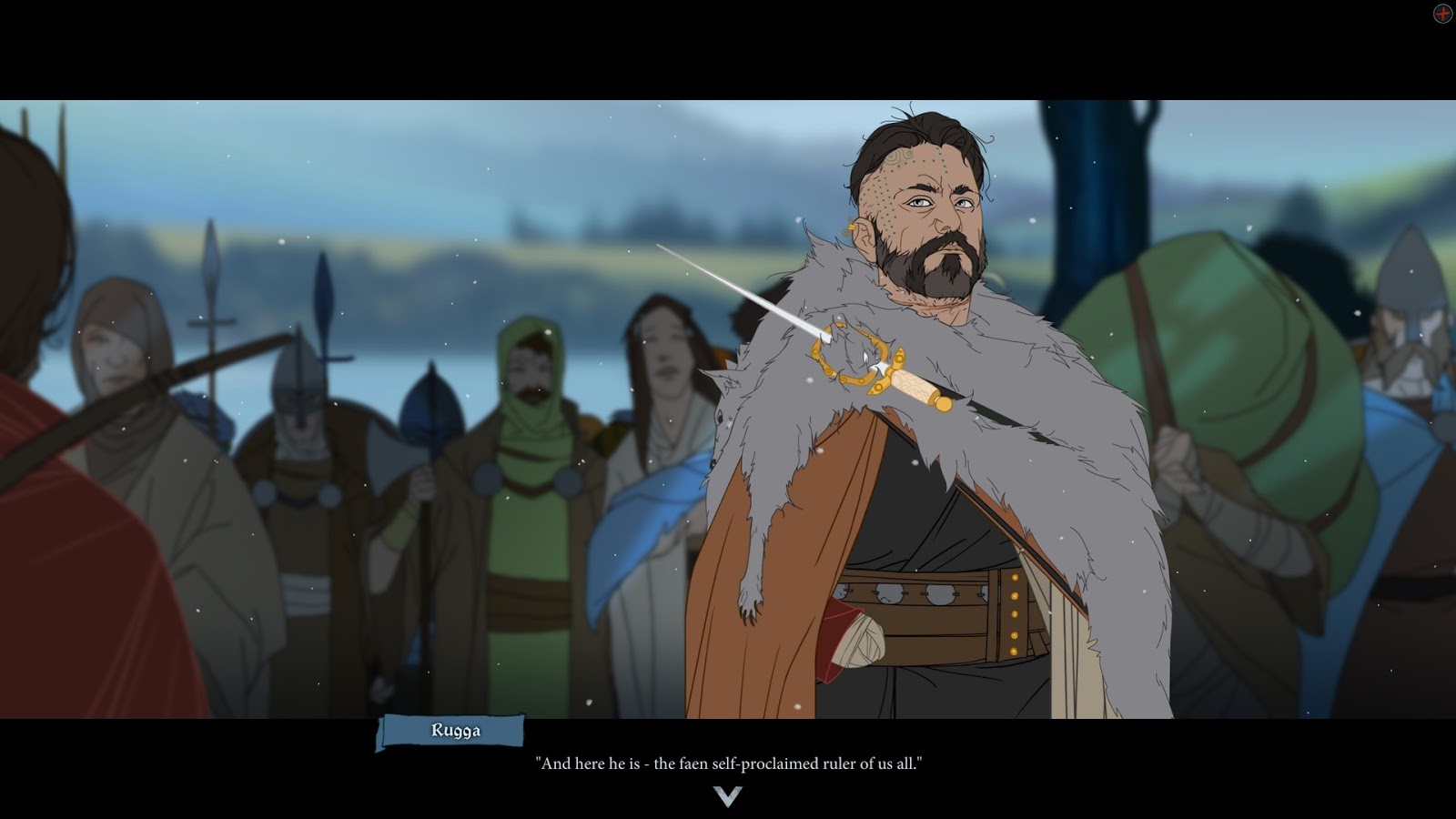 The same visual style that comprised the first game returns, and while I wish it was a little more distinctive this time around, the style itself is still stunning. The music is also amazing, with the limited voice acting leaving me wanting a bit more from it. Still, it is hard to complain about the overall presentation outside of ‘I wish there was even more of it’ – not a bad problem to have.

While just about everything in The Banner Saga 2 is well-crafted, the pacing and style of the game is likely still going to be considered ‘too slow’ by those who are not already a fan of the original game or the genre in general. Combat is often a slow burn as your troops try to make their way around obstacles in the battle map. Some classes are clearly better than others, and it can require some trial and error to determine which ones you will use more effectively. While I thoroughly enjoyed the game’s progression systems, they did start to lag a bit during the final stretches of the story. These elements can combine to make The Banner Saga 2 a slow burn that likely will not appeal to everyone. 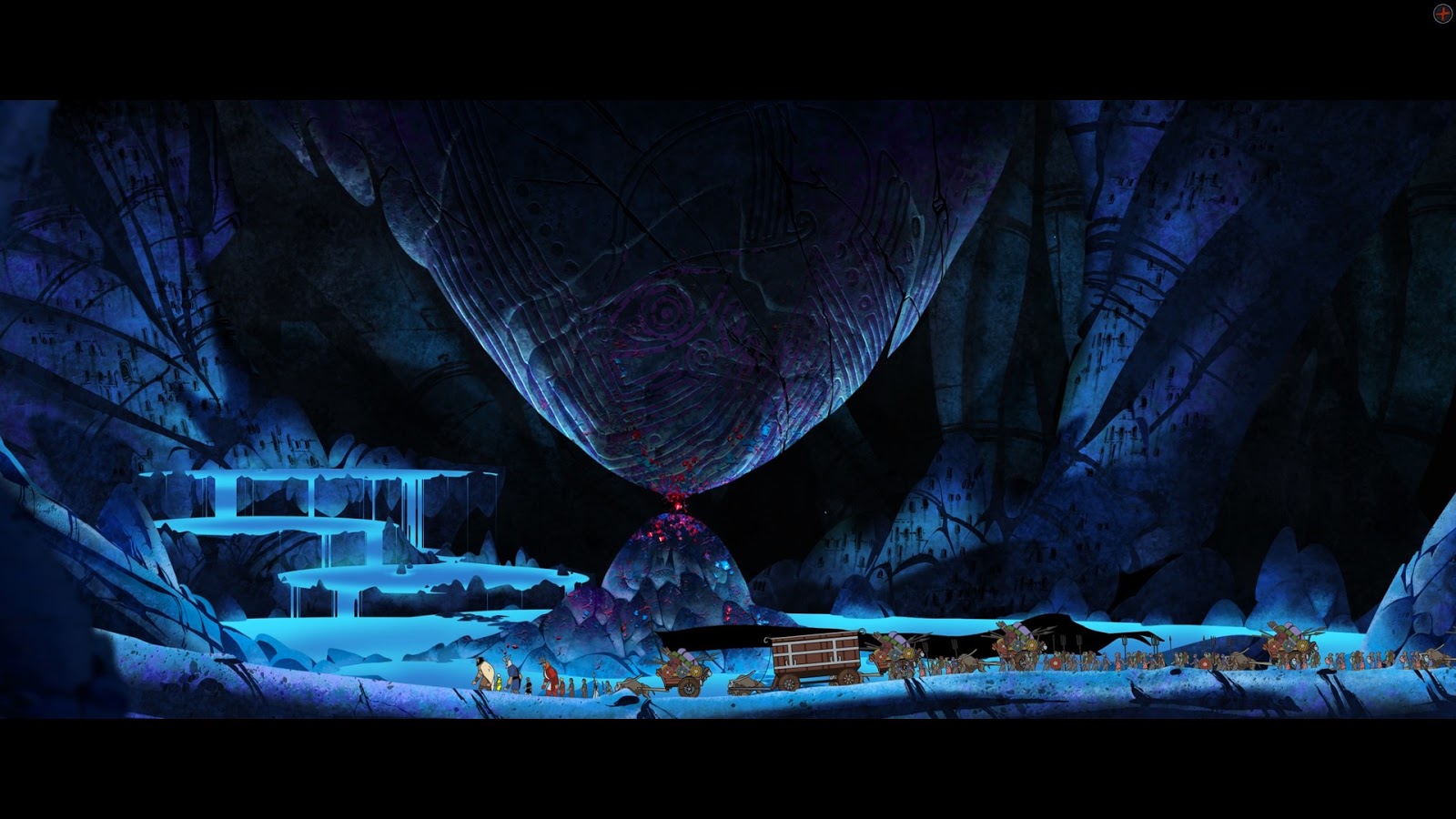 Without a doubt however, my favorite aspect of the game is how the narrative was handled. Choices can certainly be small, but the weightier ones? They hung with me well after their consequences were revealed. I cared about the characters and the people I was tasked with trying to protect. That is the sign of a great game when it can elicit an emotional response, and The Banner Saga 2 did that for me on multiple occasions. Additionally the way that the story is structured, there is certainly replay value to be had here as well – something I wholeheartedly recommend diving back into after completing the game the first time.

The Banner Saga 2 is a very good game – great even. Kudos to the developers for understanding what made the initial game so good in the first place as they honed and refined the formula and the result is a better game than the first title. The only major concern I have is that in sticking so close to the original game’s playbook, there is a missed opportunity to take a few chances and try to distinguish this sequel as something new and different. The overall package is great and there is certainly room to see this series grow with future releases. If that happens, I do hope to see a few more risks taken along the way while remaining true to what has made these first two games so great to begin with. It is not an easy task, but I suspect it is one that Stoic is up to. 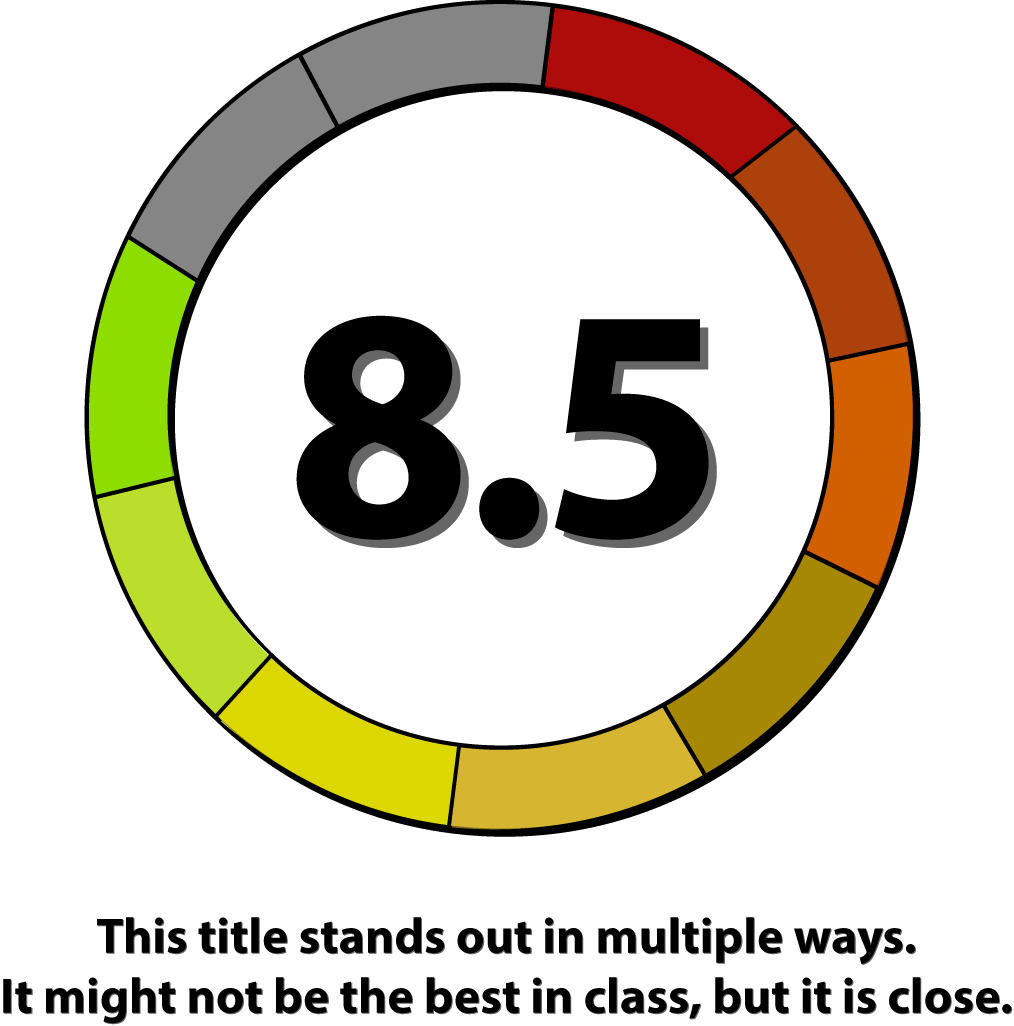