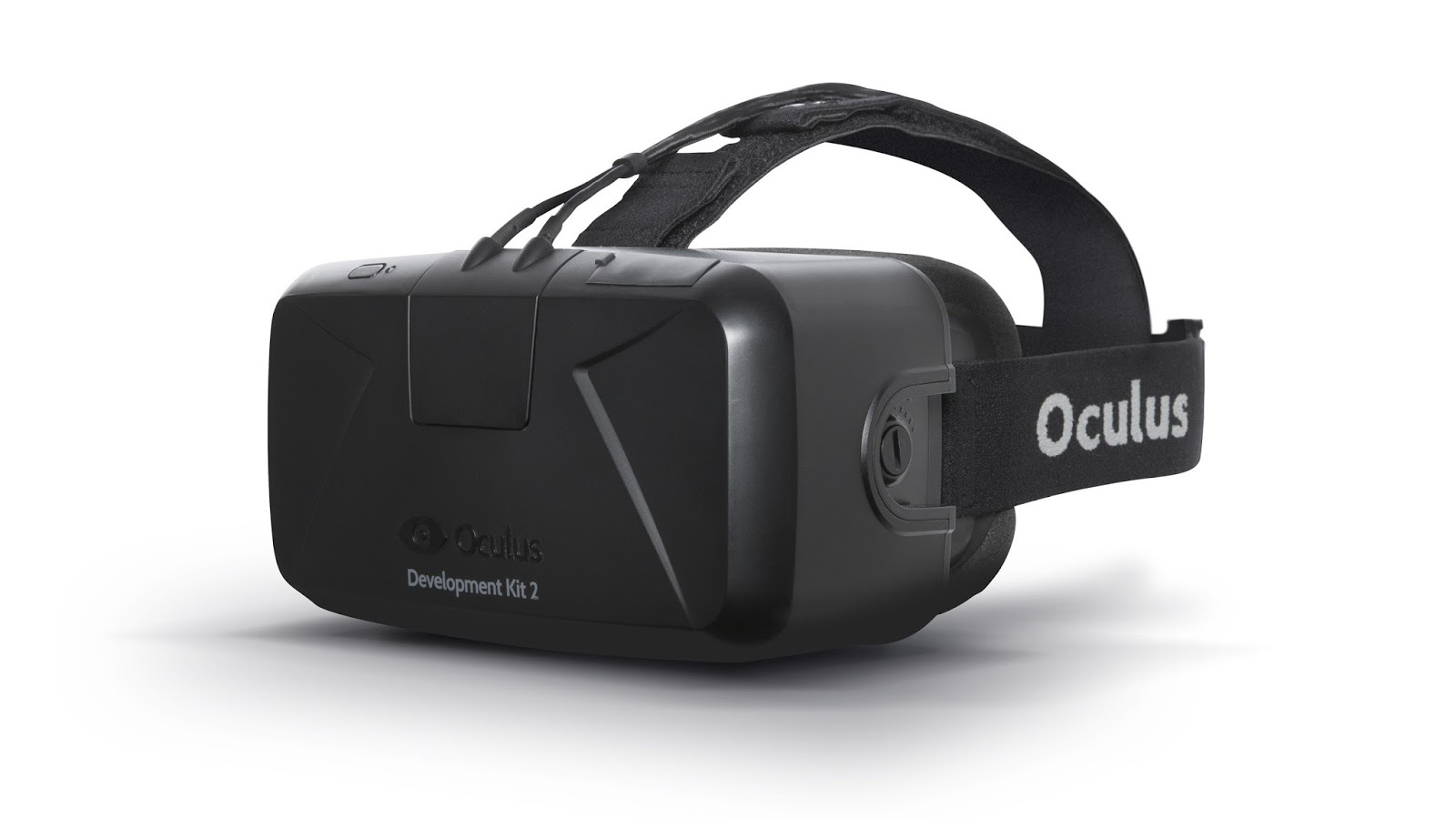 I admit that I have long been interested in Virtual Reality, but in truth I tend to get overly curious about all of the new and shiny objects that come out for video games. Dating back to my first console, the TI99/4a, I remember my fascination with the Speech Synthesizer. That little attachment plugged into the side of the console and helped to bring spoken words to games like Parsec and Alpiner. Over the years we have seen a lot of new technological advances that ranged from revolutionary (online gaming, the use of discs) to short-lived gimmicks that never pan out (such as the Sony Move or 3D television0 and everything in between. Having finally had a chance to spend some extended time with the Oculus Rift, it is easy for me to see the potential that is there, but I could not shake some nagging concerns that will keep me from investing in VR right away.

A couple of my buddies here at work were day one purchasers, and recently their units have been coming in. I had been hearing generally good things about the Oculus from them as an experience, but that the system was lacking as an actual gaming system. These remarks fueled my own skepticism. Would these VR units be able to create their own thriving ecosystems or would they merely fragment the PC/PS4 user base even further? We have seen optional peripherals such as the Sony PlayStation Move fail in large part because they were optional. When your install base is already small to begin with, it is a questionable strategy for developers to invest their time and money into making a game that already has a narrowed potential market to sell to.

However, the word of mouth on these units has been pretty strong, and I finally decided to roll up my sleeves (figure of speech since I pretty much just wear t-shirts exclusively) and give this thing a try for myself. I really can’t attest much to how the setup process went. Benefits of going over to my friend’s place to try it out – he’s had it hooked up for the last week and a half. He did tell me it was a really quick and easy process, both from getting the device set up to getting the software installed. He was up and running the same night that it arrived. 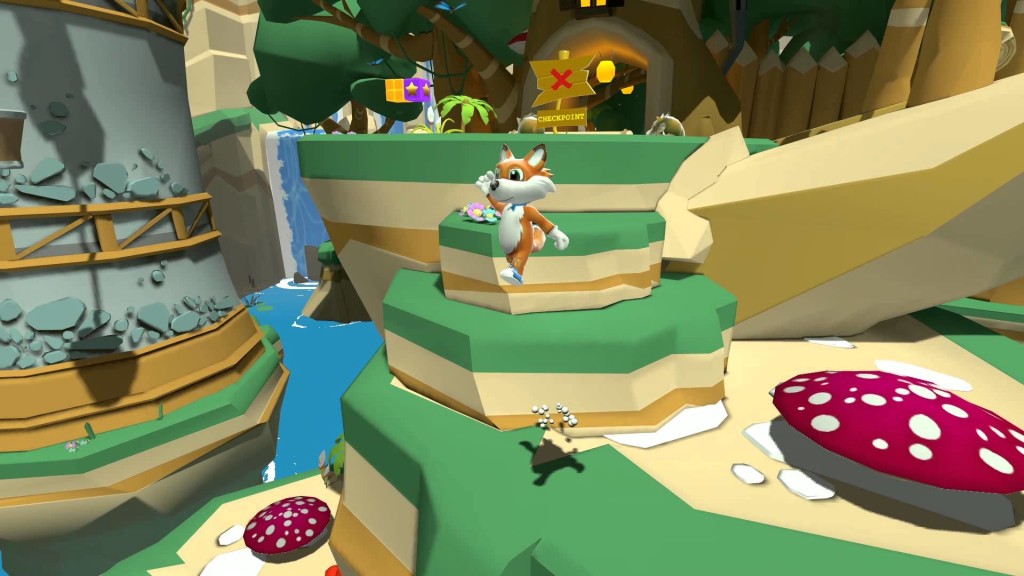 The first thing I did notice however was that I have a much bigger head than my buddy Mike (feel free to insert all of the jokes here). The headset adjusted easily enough, but lordy – everything was blurry. Now, I did not want to mess around with the straps and adjustments too much, but I did notice that there is a very finite range where things look good, and the headset was not fitting comfortably on my face when I finally found that sweet spot. The piece around my nose was hanging a bit low, and light was creeping in from the very bottom at times. With a little more wiggling and adjustment, I would say I got the headset to about a 90% optimal experience, but I did not want to completely mess up his personal setup, so I decided to let it go at that.

The first thing we did was fire up the Dream Deck software. I would consider this more experience than game – something of a trend I noticed in the Oculus shop. Because there are no game inputs and variables to juggle outside of simply rendering the world/scene, the developer was able to take their time with it and really lay out some pretty substantial scenes. I have to say – I was immediately smitten. Strange alien dude? Check. Tiny play city to lean in and look around? Very cool – definitely check. Nearly vertigo-inducing sci-fi landscape where you are looking down from a considerable height? Absolutely check. This was the moment that hit me the hardest during this session. I immediately crouched lower to the ground, my sense of balance skewed. In that moment I was thrilled. My heart raced, my senses became fully absorbed by what I was seeing and the sounds that the built-in headset were carrying to my ears. The other demos were interesting as well. There is a dinosaur that rushes you at one point. Mike said his mom was leaning away from it when it happened, and that another person had their eyes closed and would not watch the scene. Apparently I leaned up and in, which would make sense. I recall being fascinated as my eyes were telling me there was danger while my mind was telling me to take it all in and that I was completely safe. As far as first experiences go, this was a solid one. 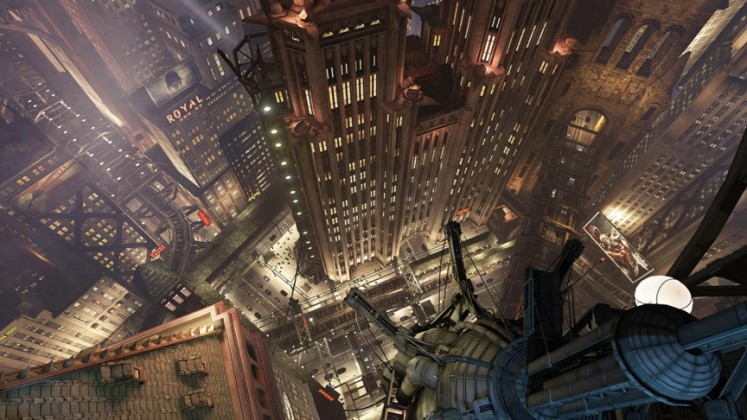 Next up came the application I was perhaps most interested in – Boogeyman. I love horror movies. Horror video games always seemed like the next evolution outside of partaking in a haunted house. It becomes interactive and therefore more engaging than reading a book or watching a movie can be. Without a doubt the horror genre has been nestled into my mind since the talk of VR started, and Boogeyman delivered a pretty good experience on that front. The locations available are somewhat limited – reflecting one of my concerns about VR. The games lack depth. They are immersive, but also often shallow, and Boogeyman while entertaining also backed that notion of mine up. Using a controller felt natural to me. Mike was saying that he could not use the right stick to keep his head on a swivel during gameplay, or he would get nauseous. It became my preferred method of visual movement because it was quicker and slightly more precise. After a handful of gruesome deaths, I have to say that I had a few good startling moments while playing, but also came away wondering about VR units like the Vive and whether or not the motion controllers might make an even bigger difference in a game like this. I suspect they will.

Other titles like Lucky’s Tale and Farlands showcased just how good things can look in VR. Farlands was like a sci-fi Pokemon Snap. There was not a lot to do, but there were interesting things to see. In particular when Mike suggested I turn around and take in the planets in the background, my mind began to wonder what a deeper title like Mass Effect might be like if you had the opportunity to explore strange new worlds and alien races in this fashion. Lucky’s Tale is an action platformer that showed off that the Oculus can certainly run games like this smoothly while doing some cool things with perspective. It sort of reminded me of playing Mario on the 3DS for the first time where the 3D effect actually became a part of the level design and gameplay. 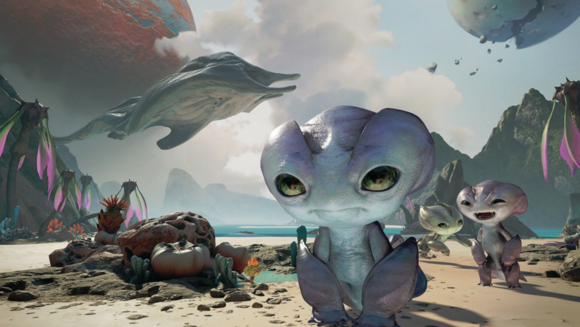 I have a sneaking suspicion that VR will not be widely adopted in my household. I have a 3D television and I enjoy 3D movies – but I am the only person in my house who does. My wife and two oldest kids wear glasses and they hate the 3D glasses. Mike said his wife was able to wear her glasses with the Oculus Rift just fine, but I find myself wondering if that will make the aforementioned sweet spot even more elusive. We have a few 3DS units bouncing around my house as well. Funny thing is – I’m the only one who uses the 3D. My son might for about ten or fifteen minutes, but says it gives him a headache if he uses it much longer than that. My youngest who is glasses-free dislikes the effect immensely. My wife calls it nauseating, and that is with the New 3DS that tracks your face and tries to create an optimal experience.

There are definitely flaws with the system, but I think with the right audience, these VR units could be incredibly powerful. While I am skeptical of my family’s willingness to adopt it, I came away very impressed with the technology. I had a couple of comfort quibbles but had no desire to take the unit off. I wanted to explore and see more and more. However, while everything I saw was interesting in some way or another, I am someone who really enjoys meaty games I can spend dozens of hours with. I sunk close to 140 hours into Dragon Age: Inquisition. Most of these titles look like they have a shelf life of a few hours or so. Given the scarcity of the units so far, it appears the general population is sold on VR more so than they ever were motion controls or 3D televisions. My hope is that developers see this and are willing to truly invest in games that can bring more to the table than just that initial wow factor.

Of course the other concern is who is going to come out on top? That is a full on article and debate in and of itself. I have no idea, to be honest. This is another reason for me to sit back and wait to see what happens. I do not have any horses in this race – I just hope that in the end the technology and games prove themselves and we usher in the next revolution in video gaming. I think the potential here is undeniable, but I am not quite ready to put my money down on a single bet just yet. A lot of what we do here at CGR is write reviews and share our experiences in hopes we can help others choose how to spend their hard earned money. I need to see more from VR first before I can recommend it to others due to the number of variables involved still.