comments Share
You are reading
Memorable Music in Gaming #28 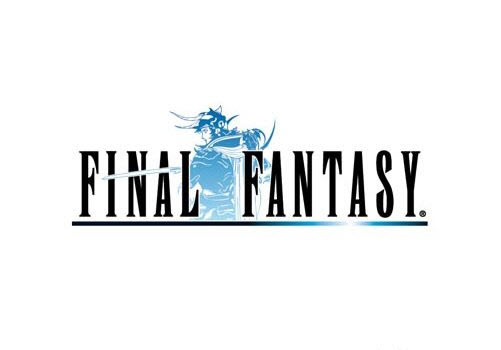 This edition of Memorable Music in gaming comes pretty full circle in a lot of ways. One of our earliest editions was back in March of 2016, when Nick was getting all ramped up for the release of Final Fantasy X, and he picked favorite songs from that particular game. We revisit Final Fantasy X with one of those tunes here, but also pull from the rich collection of Final Fantasy games to reflect on other favorites from the series.

FF VIII was the first FF game I ever played in my life, when I was about 12. For a kid whose only exposure to any semblance of story-telling in video games had been the incoherent, barely-glued-together “narratives” of Wolfenstein 3D and Rise of the Triad, everything about FF VIII hit like a rain of bullets. Enemy encounters were exciting, the boss battles naturally even more so; the characters interesting, their dialogues and backstories believable and relatable; and the music unlike anything I’d ever heard before in my life at that point.

Played during the now-iconic ballroom dance sequence very early in the game, Waltz for the Moon is the gamer’s equivalent of the Russian Dance segment from Tchaikovsky’s Nutcracker Suite.

I hope the following bit won’t get me kicked off the website: I’m one of the six people alive on the planet who’s never played FF VII. Now, I acknowledge the game’s significance to both the franchise and the industry as a whole, it’s just I never got the correct opportunity to play it in my childhood. Whenever I got *this* close to popping the CD in my idiotbox, I was always distracted by some other game. I have, however, played VIII and VI, and of course Crisis Core, which is a prequel to VII. Seems I have prodded around the playground ball area from all sides without actually jumping in.

Anyway, Crisis Core is a fun game, with top-notch production. Zack and Angeal are very likable, as is their chemistry with each other. The OST is just as insanely great, and this one in particular is my favorite. Played during the gorgeous intro cinematic, the ending few seconds give me goosebumps every time without fail.

Zanarkand? What’s that? FF X? Nope, never played it. Released in 2001, you say? Well, screw me sideways – with those visuals I thought it was from 4 years ago. My knowledge on the mythos of the franchise is just as impressive as that fly’s inability to locate that huge open window in your car. I do have great respect for the music, though. Just when I think I’ve reached the zenith of musical paradise from the franchise, another tune comes along and again sends me off to rapture.

I’ve heard beautiful piano work before, but this is totally on a different, ethereal level!

But how can this be, you may be asking yourself – how can FF VII be on the list when I, just two spots above, confessed never to have played it. Well, I got an answer for that: I don’t live under a rock nor exist in a sans-Final Fantasy vacuum. I haunt the Internet just as much as you do (and if you’re reading this, my point is made), and while I’ll never be able to experience Aerith’s death in the way intended, the music nevertheless gave me genuine chills and literal tears in my eyes. I kid you not, every time feels as though a great cosmic secret is being gently whispered in my ears.

It’s that type of music that you want to carry around with you for the rest of your life.

A.K.A the greatest piece of music to any non-dedicated Final Fantasy fan. Purists will argue Terra’s Theme is now nothing more than just a sweet vessel to the nostalgic days of yore, and that the music scene of the franchise has has grown since then. I would argue with that if I could… but till the day comes I transform into said purist, Terra’s Theme will remain my all-time favorite Final Fantasy music.

It has everything: that resounding epic feel, a tinge of tragedy, a glimpse of an impossible quest. In short, the very definition of perfect. Very, very few videogame music paint a dazzingly tangible image of what they’re trying to convey – Pyramidhead’s theme from Silent Hill 2 and the hymn of the Witch from Left 4 Dead come to mind – and this theme excels with flying colors. It is so devastatingly beautiful that if Life came with an option to select a permanent background music, I would most certainly choose this one.