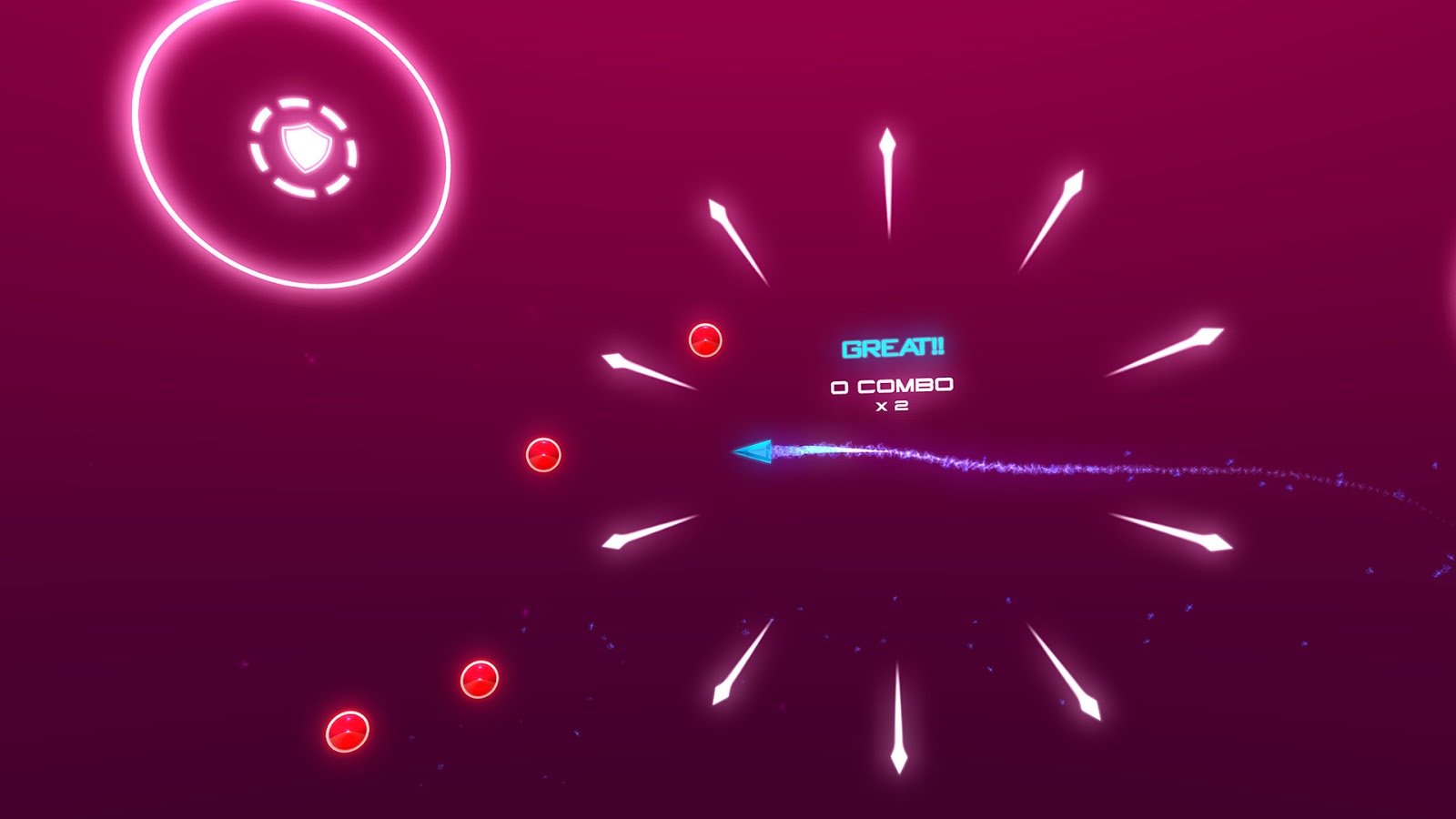 Audio Arena is a fairly simple game offered at a budget price that makes it fair value for what you are getting. It is a nice little rhythm game that does feel a little gimmicky, but still delivers on what it sets out to do in creating a somewhat casual yet still challenging action experience.

Even by looking at a trailer for Audio Arena, it might be hard to discern what is really taking place. The premise is actually quite simple. You control a cursor in a fully 360 degree environment that is trying to avoid colorful little gelatinous blobs while hitting bombs in time with the music that is playing. Try to rack up combinations that lead to bigger scores by drawing more enemies into the bomb radius all while waiting for the right moment to sweep the cursor over the bombs and fire them off.

Lots of flashy little particle effects with colors dripping bright, neon hues make up the majority of the visuals. It is all pretty simple stuff, an indie game visually through and through. There is no controller here. The Oculus tracks your head so wherever your point of sight is, that is where your cursor is at. It has the heart of a classic arcade game in its simplicity and score-focused gameplay, but tries to leverage the Oculus to do something unique with it. 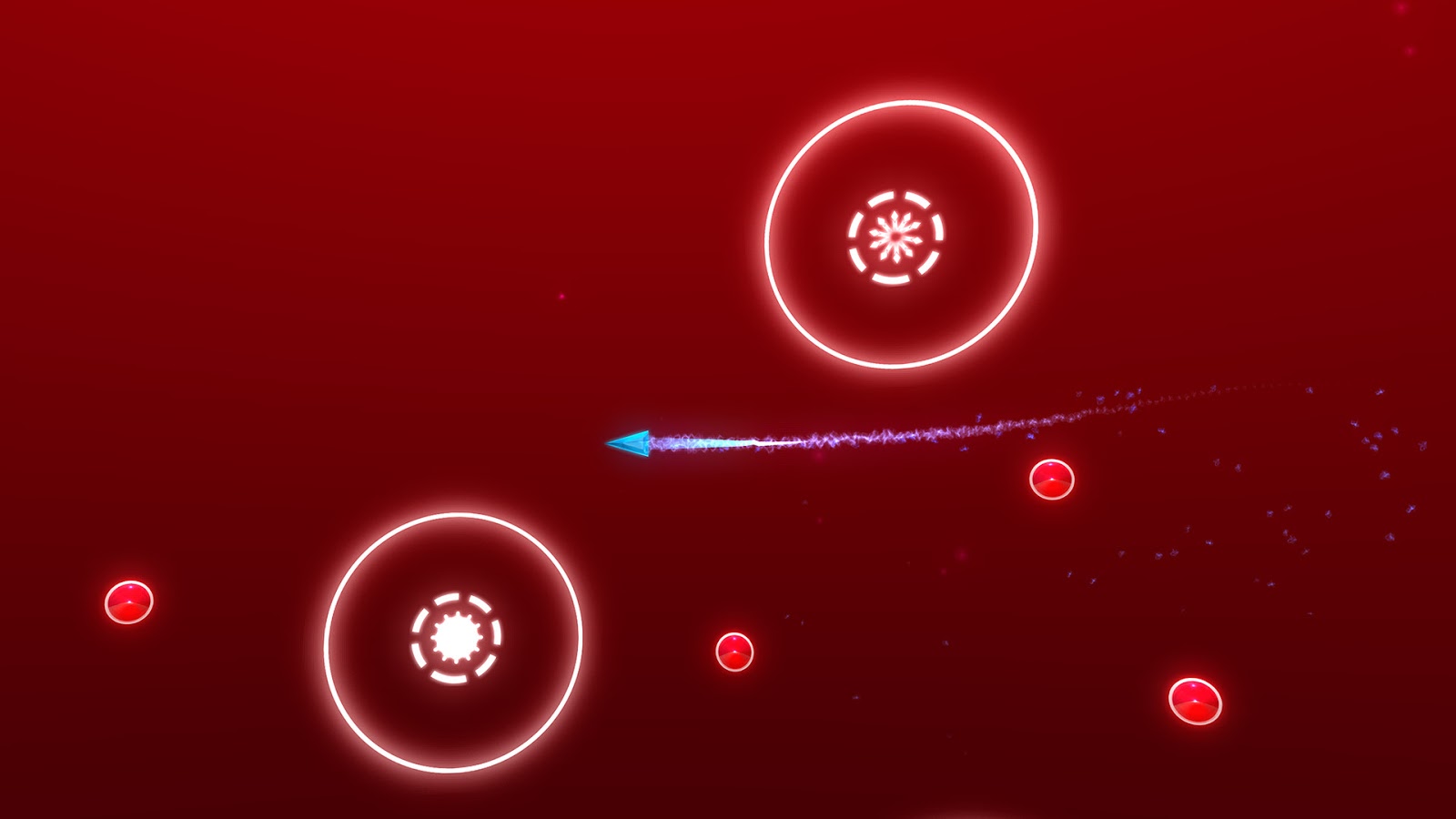 I would be lying if I said it did not feel a little gimmicky. Obviously this game was designed to make use of the head tracking so you don’t have to use a controller to navigate. Think of it as a bullet hell made harder than normal because you have to train your head to move and not your thumbs. If anything, that was probably the biggest adjustment for me. It certainly raises the bar for challenge if only because it is not something I as a gamer am used to doing. Is it a better means of control? Debatable. Probably not. It is different however, so that is in Audio Arena’s favor.

Next up you have the songs. Whenever you are playing a rhythm game of this nature, the song selection is going to be key. The tunes here are a strong beat, tend to be catchy, and make the experience better for it. There were a handful of tunes that stuck with me after I had taken off the headset – always a good sign.

At about seven dollars, a few more progression elements might have bee nice, but not necessarily expected. You have a handful of different levels that have quests such as staying alive for a certain amount of time, or stringing together a set number of combos. There is an online leaderboard for those who really want to sink some time into the title as well, which is a welcome touch. 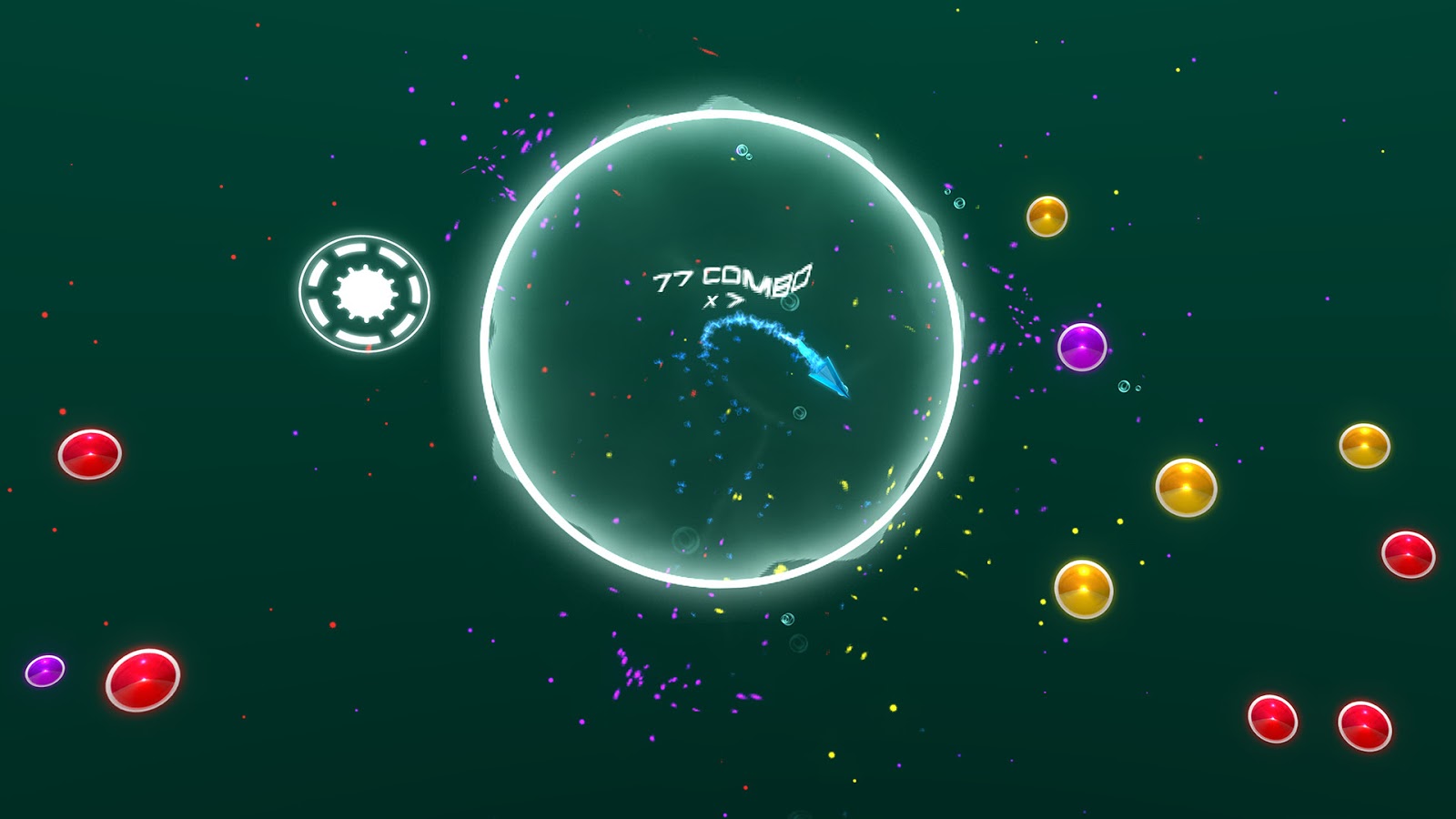 In the end, Audio Arena is an interesting idea because it takes old school arcade style gaming and mixes it with newer technology. The visuals are crisp, but hardly make full use of the Oculus hardware, which makes the head tracking instead of a controller concept more of a novelty than truly bringing anything unique to the table. You are simply exchanging one control scheme for a slightly clumsier one that works well, but is not as natural. I was able to drill through the content in a few hours, which is not bad, but the overall replay value is somewhat limited as the game itself doesn’t really develop or grow in any meaningful way over time. It is still a fun, quick play – just don’t go into it expecting any sort of significant depth either.