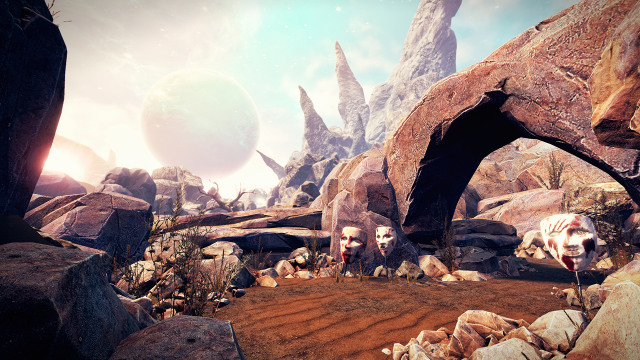 You’ll be seeing lots of VR coverage in the coming weeks, and one such title is the upcoming Alice VR.

Every purchase of Alice VR will come with a rich collection of digital extras including the atmospheric soundtrack composed by Francois Jolin from EON Sounds, a 40-page art book with notes from the developers, a set of exclusive wallpapers, and additional behind-the-scenes footage from the making of Alice VR.


While traveling through the far reaches of space, a malfunction prompts the ship’s AI to wake you from cryosleep and forces you to make an emergency landing on a foreign planet. Stranded, you exit the ship and head to the nearest city in search of fuel, only to find that all of the inhabitants have mysteriously disappeared.

Venture deep into a world of wonder and abandoned beauty, undermining the laws of physics and choosing the paths that will ultimately decide the fate of both you and the planet. Decipher the workings of alien technology to uncover its secrets and, hopefully, find a way to leave the desolate planet.