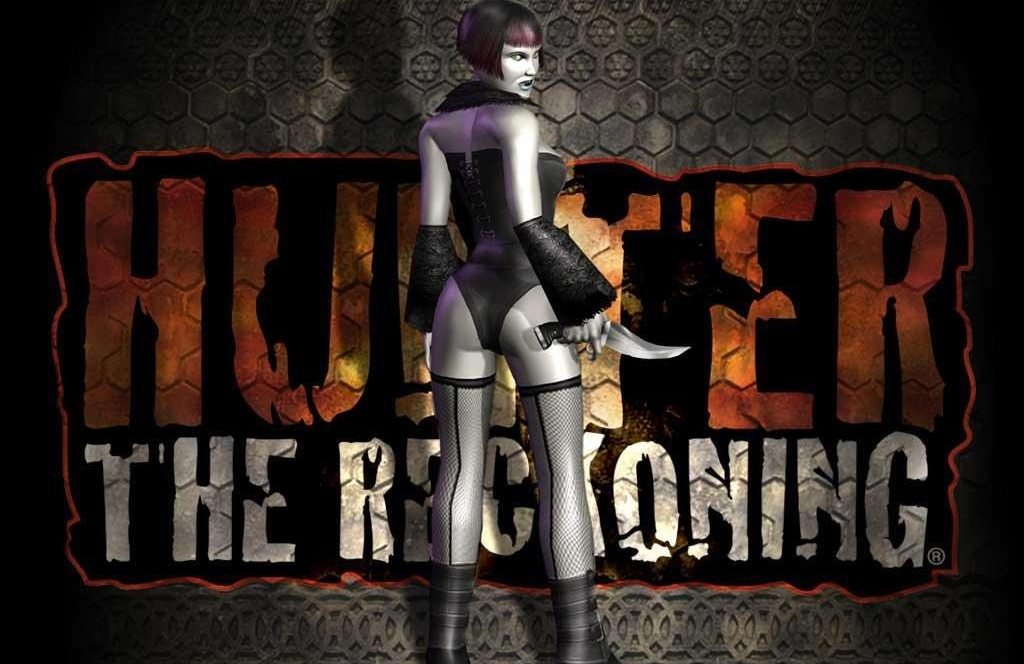 “Hunter the Reckoning: Wayward” is one of those games that made me change my mind several times: at first I liked its dark atmosphere and simple controls; later, I was annoyed by the repetitive action and countless enemies. In the end finished it with two different characters, though I am not sure I was satisfied by the whole experience.

The story is about a team of experienced hunters of supernatural evil who travel to the dreadful town of Ashcroft after receiving an alarming message. When they get there they find out the messenger is missing and the town is overrun by monsters. Now they must stay alive long enough to discover the root of the atrocities that terrorize the remaining civilians and destroy it once and for all.

After you select a character (by the way, “Wayward” is the extra character the PS2 version has) you participate in a small tutorial explaining the basics; then you go to the headquarters, where you see places already visited, files unlocked, etc. You also get to choose the next mission, if there is such an option. No matter what the objectives, Hunter is simple: find a person that needs protection or some items and run to the exit, killing hundreds of monsters. 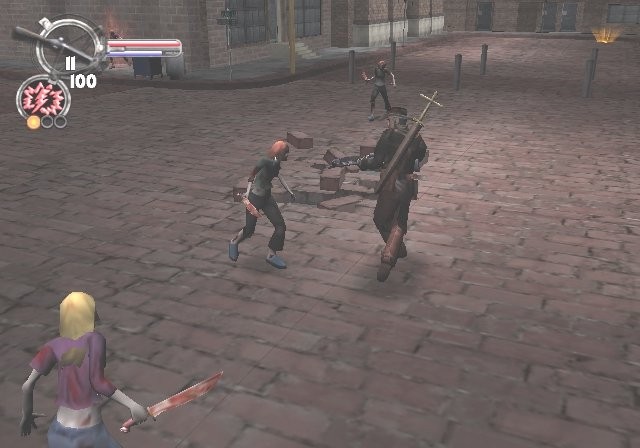 Each character starts with a melee weapon, a firearm and a spell. Later he/she acquires new spells and more guns. For example, Deuce, a big guy, begins with an axe, a shotgun and the ability to cast a circular wave of fire. The idea of combining three types of attacks is good despite some implementation issues.

Melee weapons are effective but, no matter how skilled you are, they leave you open to many cheap hits, especially when you fight groups of enemies; in addition, very few combos are available. Guns are a safe way to deal damage, ammo is limited though and every stage contains countless respawning monsters. On the other hand, one could argue this adds some tactics to the game and raises tension.

Spells are cool, however they cost a lot of magical energy. Normally, you cast a spell once or twice and then you need to replenish mana, usually by collecting blue orbs left by enemies (they also leave red orbs, for health). Strangely, tougher monsters leave fewer orbs, which is annoying. Another way to replenish mana or health is using a glyph, a glowing mark on the ground that has special properties and can be activated a few times. 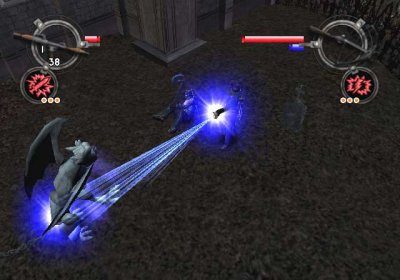 I think the action would be more fun if the programmers allowed you to dish out the pain in larger quantities, with more magical energy and ammunition. As it is, the best tactics is to accomplish your mission objectives and go to the exit, especially at the later stages, which are harder. You level up by killing monsters but your statistics practically remain the same, for example maximum health or melee damage don’t change (at least I could not notice any practical change).

Despite the linear level design you need to explore a little, for example find data discs hidden in tombstones (!) or silver scattered around some shops. One aspect of Hunter I don’t like is revisiting old levels. This is a cheap way to fool the player into thinking the adventure is longer than it actually is.

Enemies are sufficiently hideous, including skulls with spider legs, “living” machines that shoot fire and disgusting meaty… things that vaguely resemble humans. As for bosses, they are scary and tough, such as the final boss, a huge monstrosity that requires a lot of punishment to be banished back to hell (thankfully, I was armed with a machine gun).

As regards the technical aspects of the game, the graphics are far from impressive and the visual effects are minimal. Nevertheless, the scenery, such as the underground train station, a vast garage, a prison or some dark roofs are designed to show decadence and isolation; the colors are properly selected too, with an emphasis on grey, brown and black, while enemies look and move creepy. 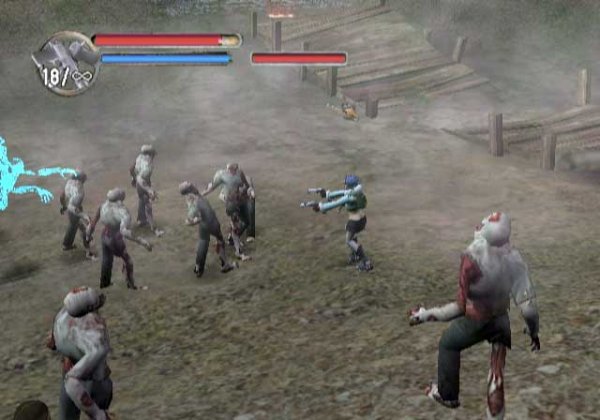 The sound is not spectacular either, it adds to the atmosphere though. I remember the effect you hear when a monster respawns, warning you of danger, or the disturbing sound of a melee weapon hitting the zombies’ rotten flesh.

The difficulty is high enough to make the game challenging, and occasionally irritating. I have tried all characters and I think the best one is Samantha, thanks to her healing ability. You save only at the end of a stage but you win more continues as you progress, so, if you don’t waste lives carelessly, it is possible to complete the adventure (I am talking about single player mode).

In conclusion, “Hunter the reckoning: Wayward” is a hack and slash game with shallow role playing elements and a survival horror atmosphere. It is interesting at first, mainly due to its dark tone and raw action, but it cannot hide its lack of depth or variety for long. On the other hand, “Hunter” is not a long game and has some replay value, so it may be worth your time if you like the theme. 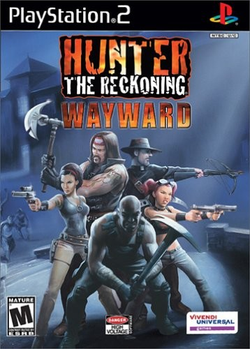