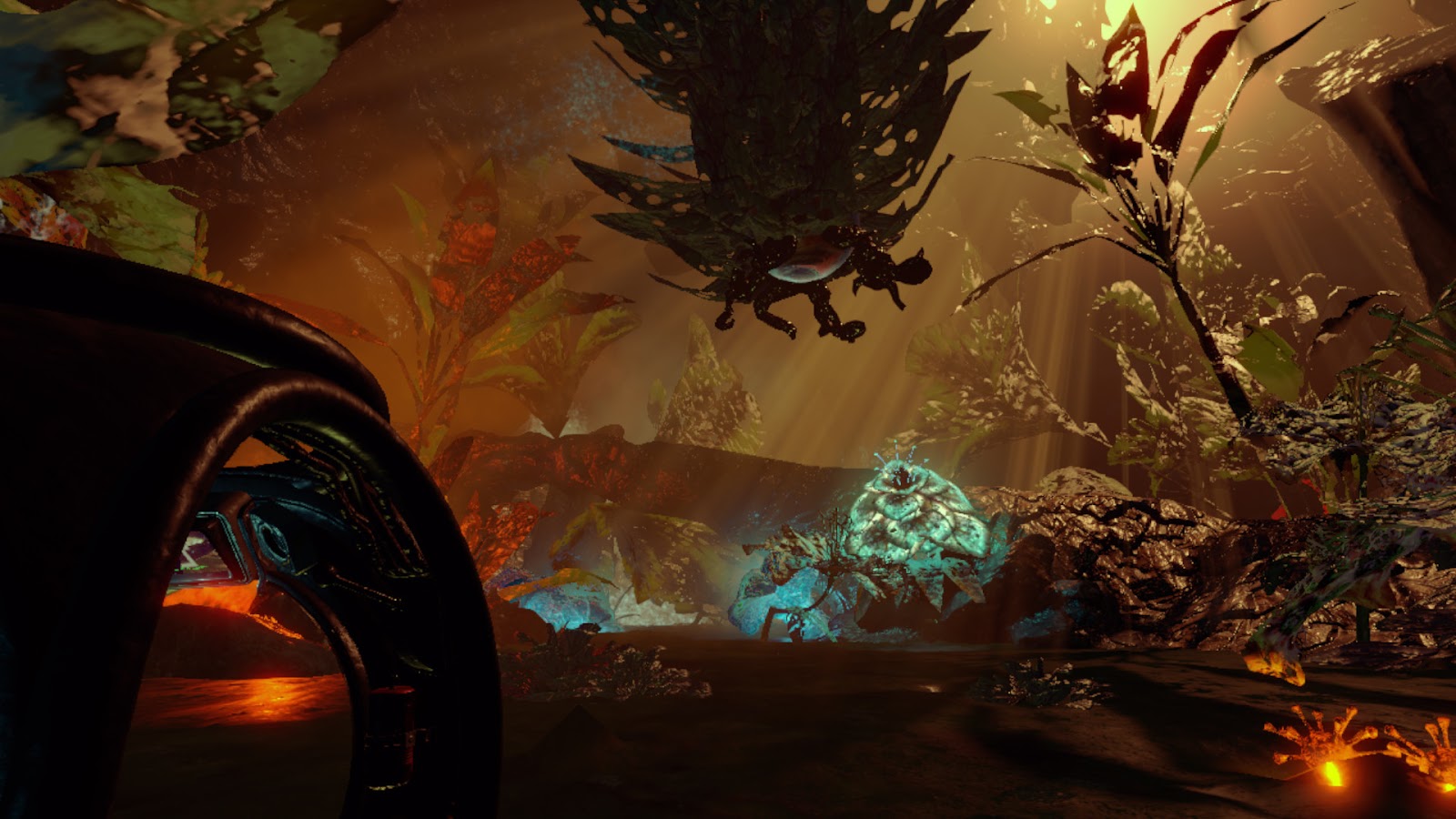 With immersive visuals and a strong sense of exploration, iOMoon is one of the prettiest VR titles I have had the pleasure of playing so far. Admittedly, there could be more to actually do and interact with, but the overall experience is a positive one for those who want to see what exploring a distant moon might be like.

At first, I really didn’t know what to expect here. Essentially my character was a brain in an all-terrain exploration vehicle. You start off learning about the moon Io that circles Jupiter. It also serves as the environment for this game because it is the densest of all of Jupiter’s moons, making it one that can be traversed in a vehicle such as the one you are piloting. You roll about the starting area, getting some basics on how you can change things such as your movement schemes, picking up objects (including a small gym-like area before you depart for Io that lets you toss balls at targets and basketball hoops).

There is a lack of story here as you wind up crashed on Io and find yourself simply rolling about on its surface initially. You move about the rocky terrain, and find yourself with a very cool view of the surface as well as the sky overhead. You are in the cockpit of your vehicle with windows on the sides and in front of you, encouraging you to turn and look around as you play. Early on, there is a lava flow that threatens your vehicle – very slowly. In fact, one of the most notable aspects of iOMoon is that it is a very slow game. Movement is slow. Turning is slow. So the lava never really feels like a threat (unless you are like me and want to test and see if it actually is a threat or not, because I drove right into it. Yup, I died). 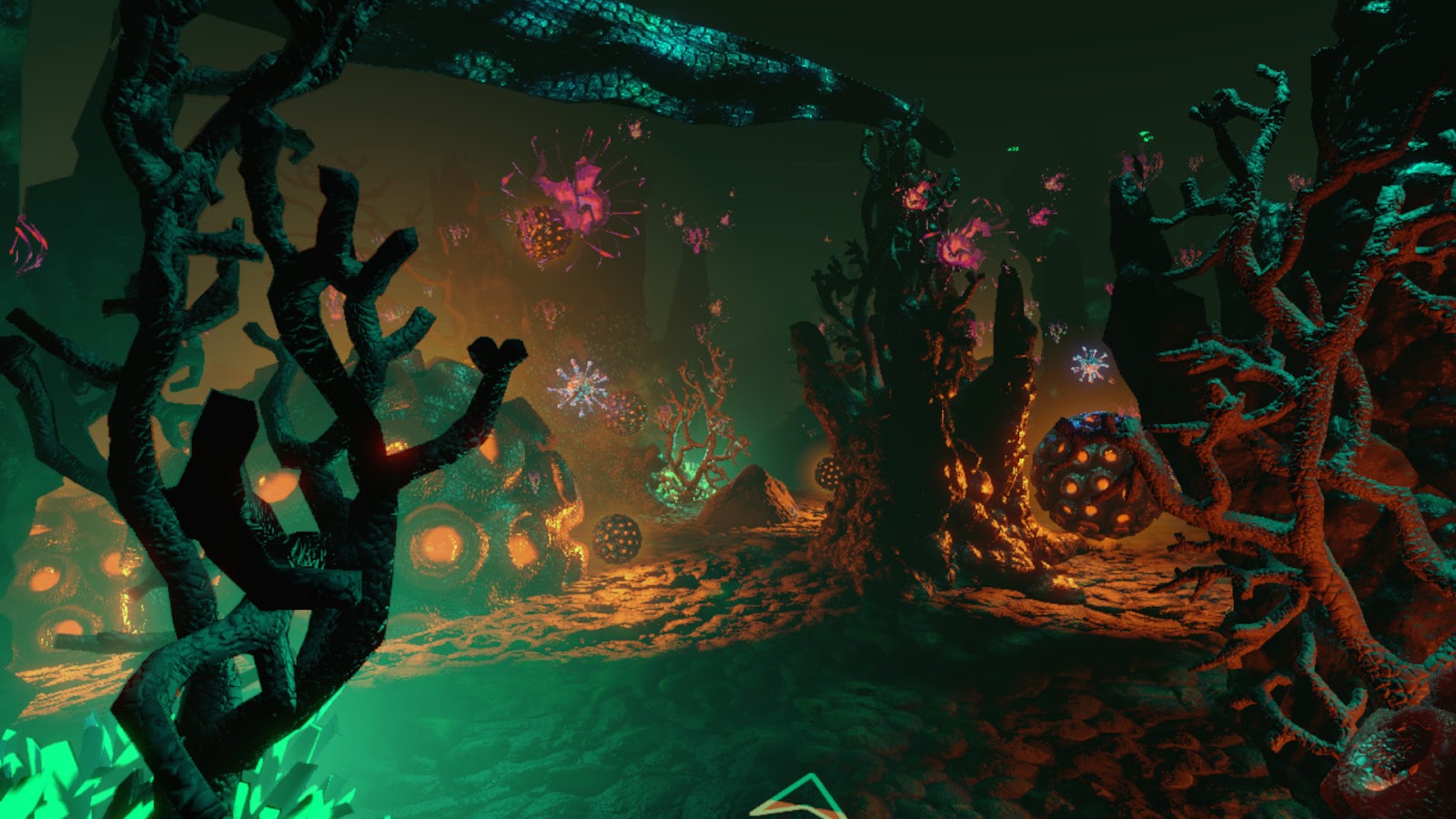 In fact, there is very little actual danger when you play. Creatures move and mill about you, but never really interact with you. You can pick up and generate balls of light and lift stones through some sort of invisible telemagnitic thingamado – but the effect is really pretty minimal and provides little interaction of substance. You can take pictures of alien lifeforms along the way.

Still, if you are looking to explore a fantastic science fiction environments, complete with some cool light effects and a sci-fi musical score that reminds me of classic genre movies, then iOMoon does deliver some solid experiences. You travel further into a cavern that takes you below the surface, where the visuals become far more interesting. Creatures swim, fly and swing about. You have a variety of moth-like creatures, vine-like creatures, snake-like creatures and more that are generally very well rendered and fun to watch. Colorful blooms of light make caverns both mysterious and beautiful.

A lengthy underwater segment adds a new wrinkle to the game, with some different critters, different lighting and an element of needing oxygen to stay alive. I decided not to test the theory this time and see if I could in fact die, but there are small pockets where bubbles come up now and again and help to replenish your supply along the way. Another scene takes you back outside to circle around a massive cavernous opening as you guide your pod around a narrow ledge. Visually this part is excellent, with the sense of height being effectively conveyed. 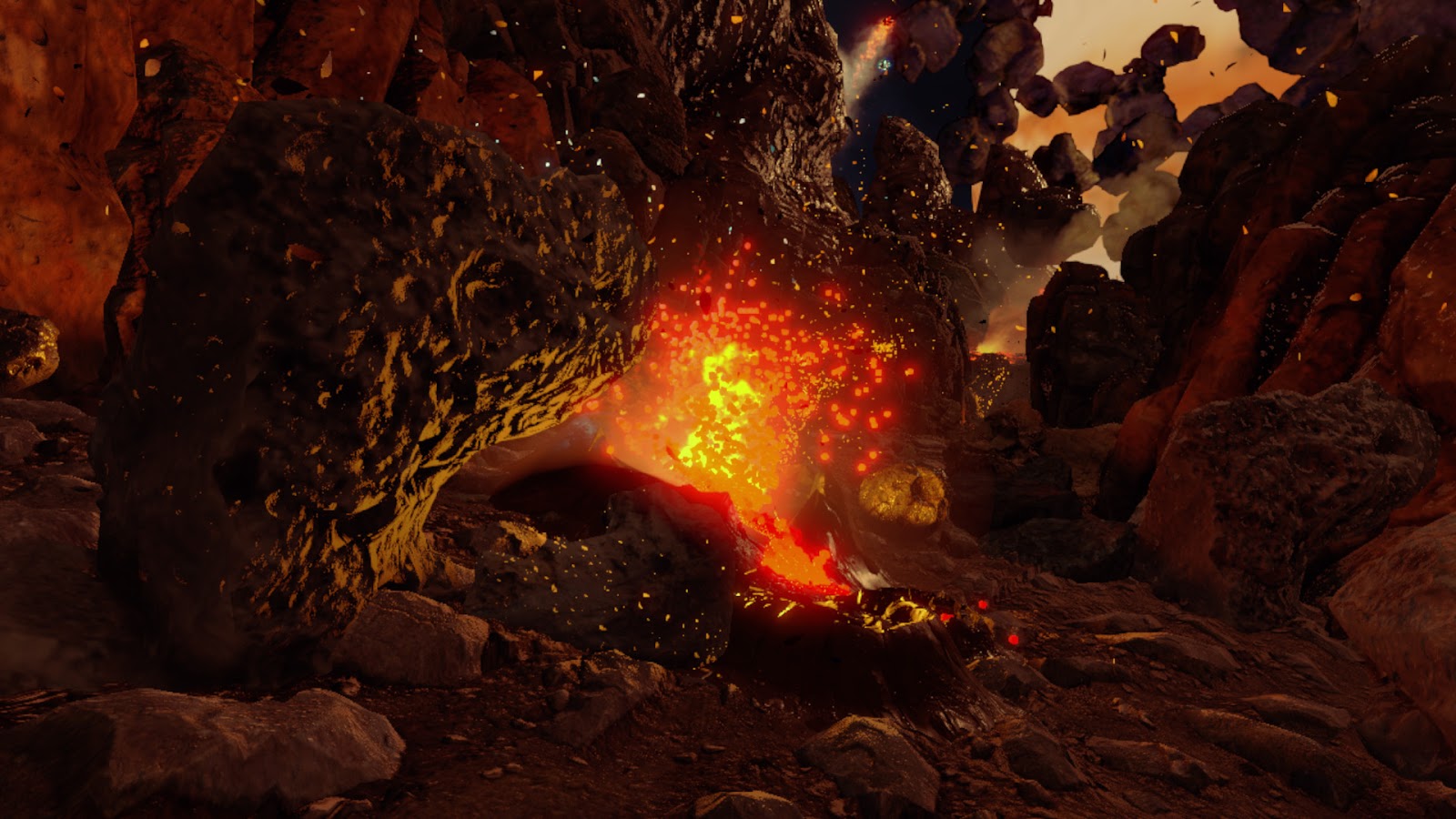 Aside from the limited number of things to actually do along the way, the other issue I ran into is the way your ‘pod’ really is not completely isolated from the environment. More of a graphical glitch if you will, but despite all of the very cool-looking scenery, every now and then things will happen that visually ‘seep in’ past where the glass on your pod should be creating a layer of separation. Most of the time this works really well. Early in the game as you traverse a dark passage, these small glowing starfish creatures latch onto the window briefly, providing a nice glowing effect and making the glass seem more real. Later when I was in the water, a snake-like creature came at me and basically looked like it had slithered/swam right over my left shoulder. There was no ‘glass’ in the way of it. Air bubbles and other particles seem to blow right through the glass as well. I suspect these small hiccups will get cleaned up in the final release, and these issues did not bother me all that much, but it was worth mentioning as the snake was really one of the few big immersion breaks for me visually and then I started to notice some of the smaller ones afterward.

There are a lot of options for control scheme, so iOMoon should appeal to just about everyone (except those who want to go really fast). You can use teleportation, a sort of clicky/segmented turning method or a simple smooth one. I used the third option, and because of the game’s slower pace, it still worked quite well for me. My first session lasted a couple of hours without any notable VR sickness, though by the time that session ended, I did notice a little eye strain as I looked around the room again. Still, I appreciated that there are different options in there for gamers to choose from. 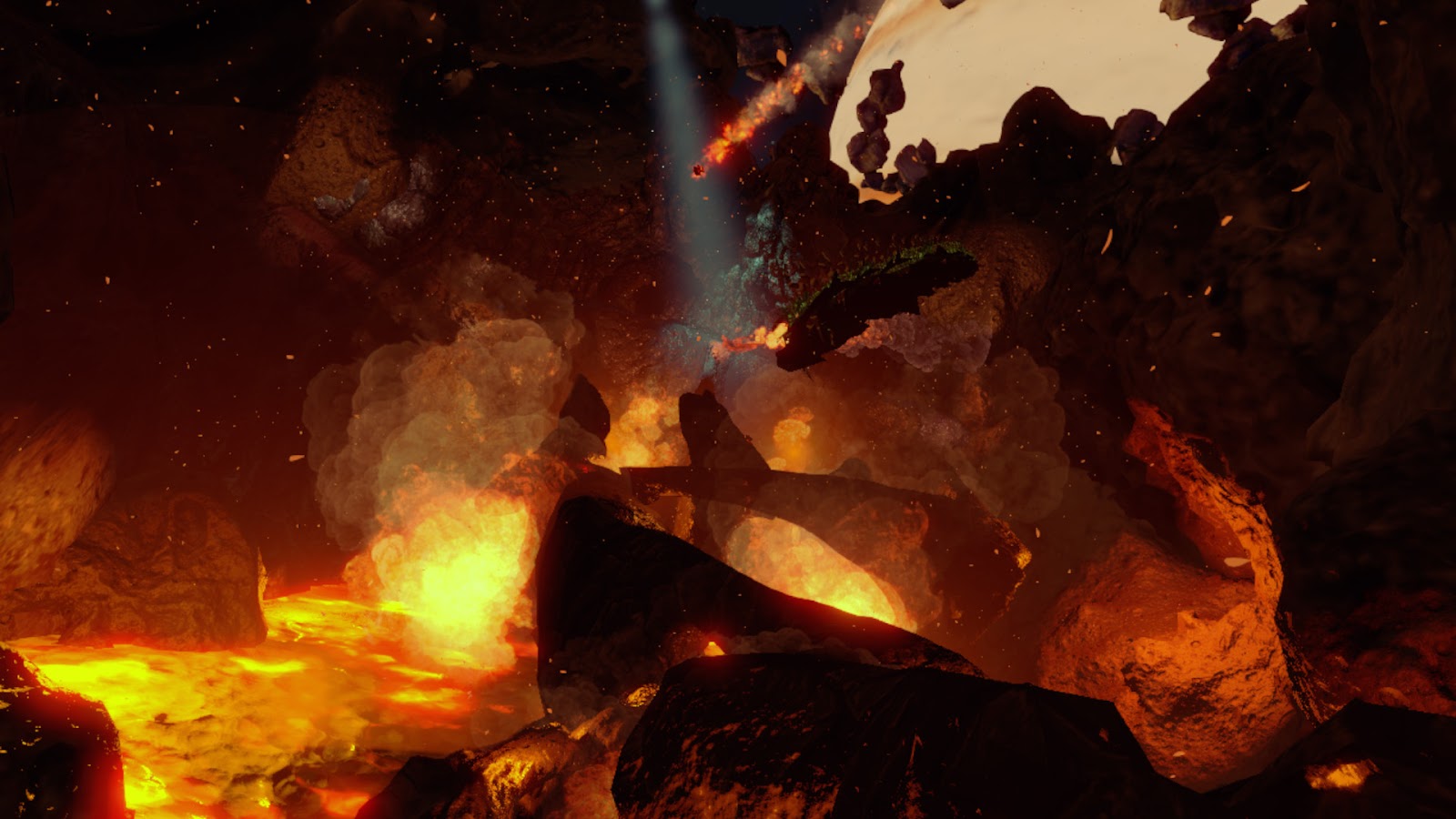 iOMoon is a pretty cool experience so far. It has room to grow. Missions, objectives, some sort of upgrades for your pod – even if they were just cosmetic – would give the title more of a ‘game feeling’. As it stands right now, it is more of a walking (rolling?) simulator, and given how pretty most of the environments are, that is not a bad thing at all, but it did leave me wanting just a bit more. That something extra could be a better storyline, some sort of proper missions… something. But what is there is really solid and generally quite enjoyable.