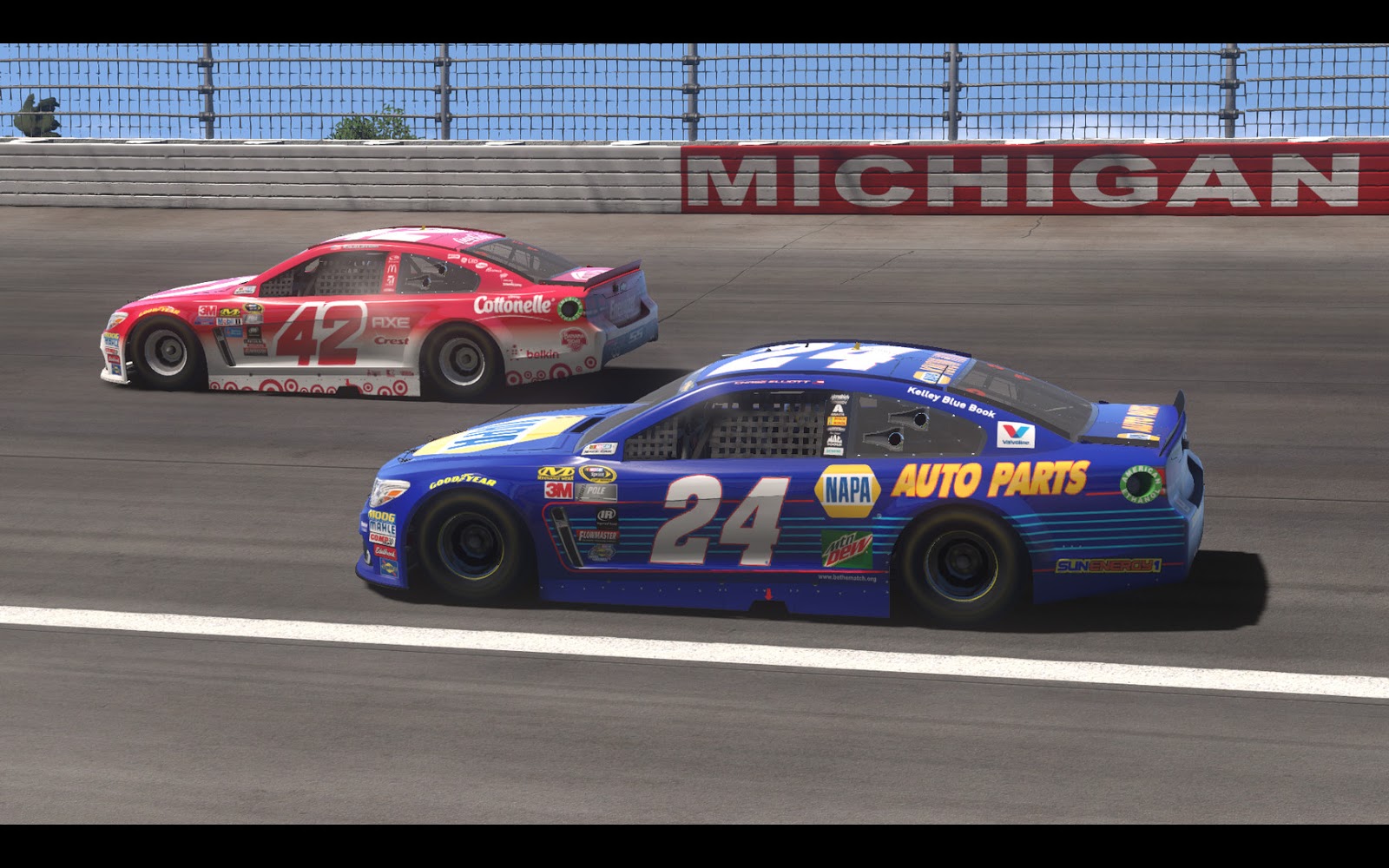 One of my favorite non-sense games from the late-90’s was Daytona USA for the Sega Saturn. While the Saturn was short-lived, it has some stellar games and out of the small pile that I had, Daytona USA was easily the most-played out of all of them. Fast forward 20 years and I am still a big racing fan, as evidenced by may various racing title reviews here (notably the Forza franchise), so when NASCAR Heat Evolution came across my desk I was thrilled. Here I was, hoping to get into a decent NASCAR title with arcade-style speed and simulator-style depth. Boy was I wrong; NASCAR Heat is best described as a half-measure across all facets of a racing game. The sad part is that there are a few decent features in NASCAR Heat Evolution, but the lack of attention and detail have yielded a relatively dull experience that leaves one reaching for more exciting titles.

NASCAR Heat Evolution is not a bad game, in fact, it could be a very GOOD game if the scope had been narrowed down from trying to be the “everyman’s racer” to focusing on the more challenging simulator aspects of the game. Think Assetto Corsa, Gran Turismo 4, Forza Motorsports 5, but for stock-car racing with NASCAR’s brand. Instead, with Heat, you have a strange mixture of laid-back “lazy” arcade racing game (with some horrible damage visuals) while trying to pose as a serious racing simulator. Some aspects, like race length, certainly ARE realistic and can take hours to complete, others, like the aforementioned damage models are ridiculously poor. Guess what happens if you decide to turn the wrong way down a track and drive into oncoming traffic. Damage is negligable, though the damage mentioned in the HUD will be freaking out with appropriately labeled damage, but the visual representation? Poor. I know, I know, I know, Forza does not have the greatest damage models, but at least glass breaks, fenders crumple, paint is scuffed in the Forza franchise; in NASCAR Heat Evolution it can happen, but it is about as far from realism as one can get. 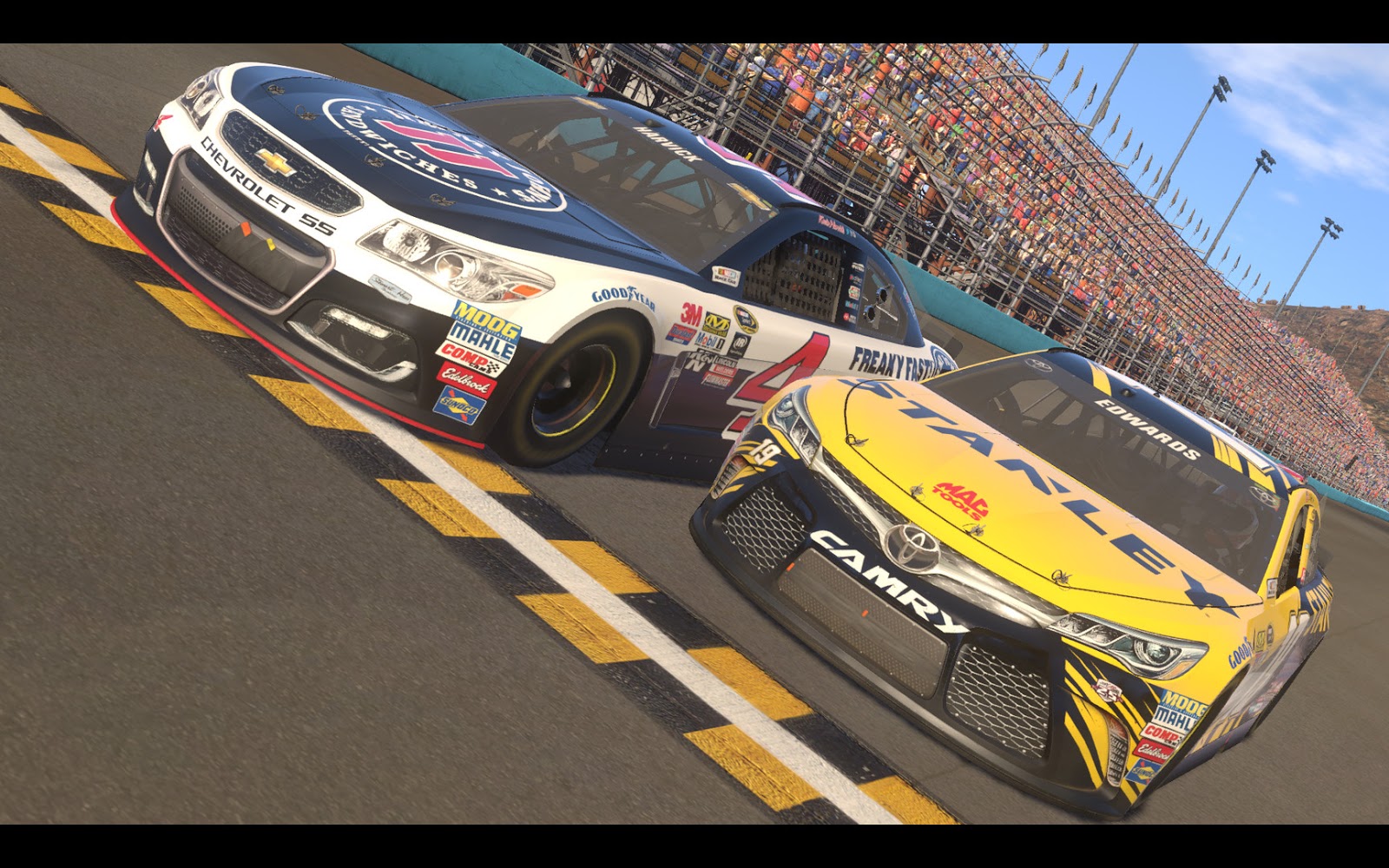 In all fairness if you stick to the most challenging of difficulties in Heat Evolution, it can, and will utterly kick your butt. Racing because a challenge of the most miniscule of things, like positioning on a turn, or how well you are drafting someone (or they drafting you), and can be brutal and that is really where NASCAR Heat Evolution shines. A shame that it needs to be set to brutal difficulties and wear on your personal stamina based on some of the endurance runs, where you will be taking the same four turns for an hour at a time.

Some folks out there are complaining about lack of circuit diversity and while it is true, it can also be said that actual speedways for stock-car racing can be pretty darn boring; the excitement though, is not in the crazy turns, but rather the small calculated moves drivers make, the roar of the engines, the screeching of metals, the screaming of fans, and the flow of really (and I mean REALLY) bad beer. Unfortunately most of the traits that make NASCAR, or really any racing, are missing from Heat Evolution. Even the crowds are lackluster, lacking any real life, the skies are dull, interiors of your car are horrendoundous (though your hood does like quite nice, even after taking it 200 MPH into oncoming traffic), and there is no real sense of speed. On the bright side, controls are suitably snappy and do often provide realistic feedback based on speed, angle of approach, and whether your tires are fresh or not. 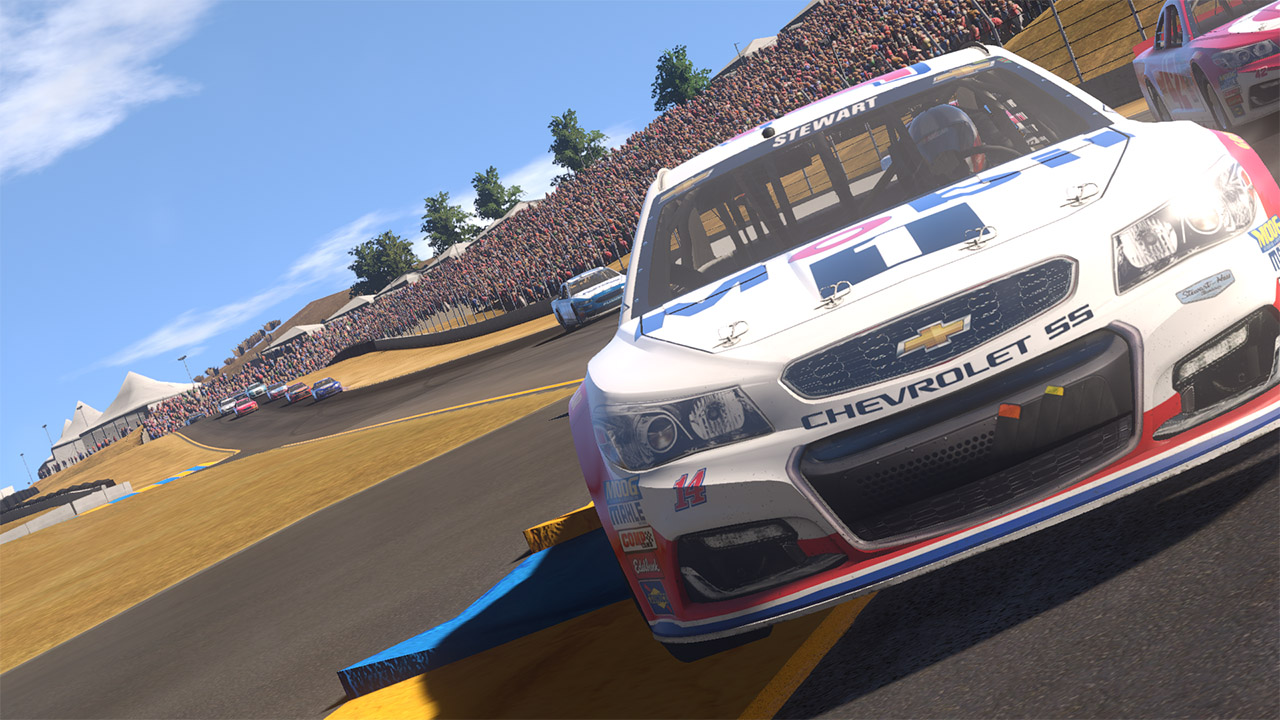 Take the audio; music is fine, the background tracks are suitably “race-y” and electrifying but when it comes to the rumble of the engine I cannot help be be reminded of the screaming gains and wicked throaty growl of a tricycle driven by a 4 year old with playing cards in the spokes. Where you would expect the bone-crunching, wince-inducing destruction of an engine biter destroying the heart of a Pinto, you get all the satisfaction of a cheap pillow fight between the worlds two laziest bulldogs. So many wasted opportunities in NASCAR Heat Evolution when it comes to the audio and it just breaks my heart. After a long stint of boring audio I often found myself listening to the life-given growl of a 2016 Camaro just to regain some of my lost composure. Sad as I am to say, NASCAR Heat Evolution is one to stay away from unless you are the most die-hardiest of NASCAR fans and are quite apologetic for its dismal online play, bizarre progression system (level up by unlocking tracks, and vice versa), and stale audio. 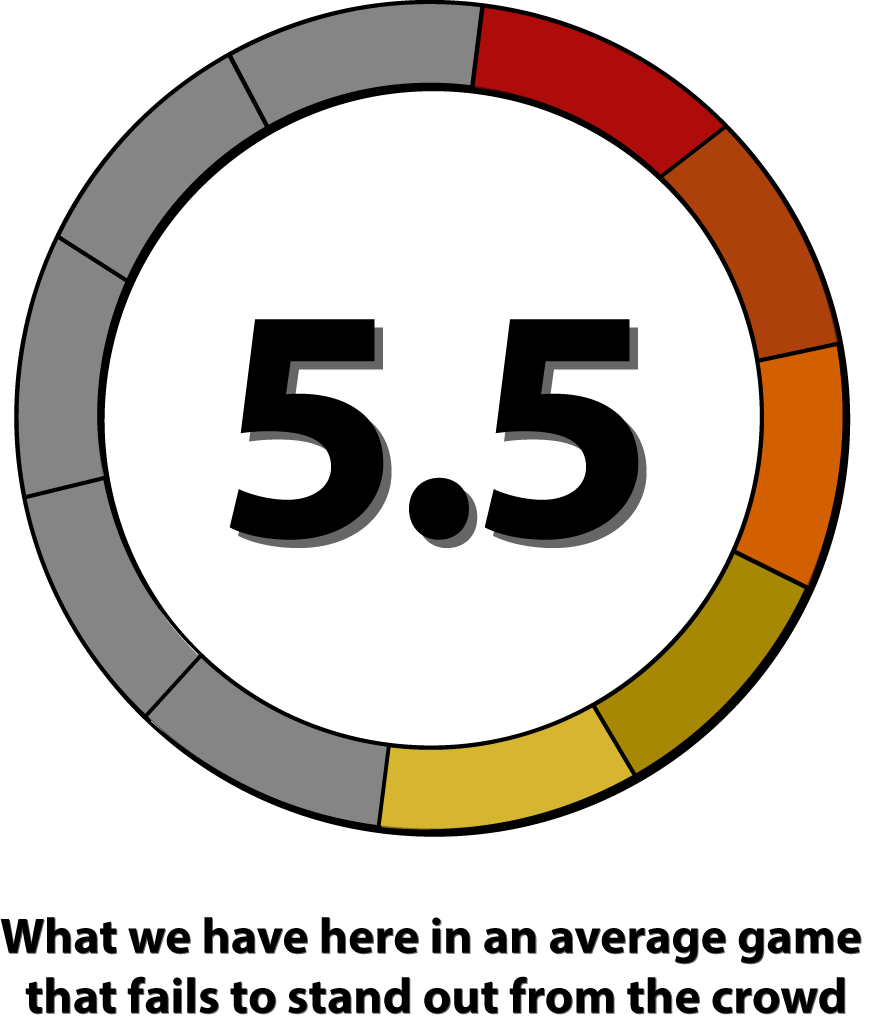