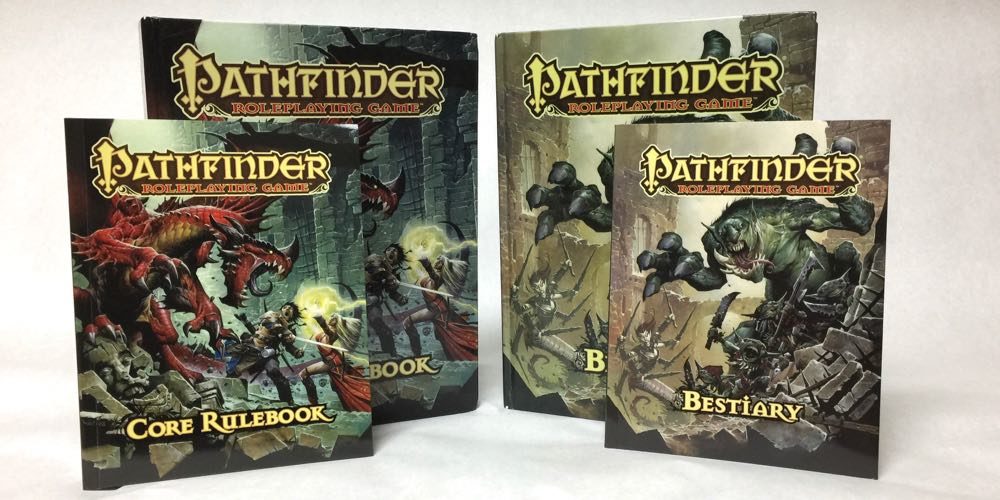 Pathfinder is one of those tabletop RPGs that has appealed to me for a long time now, and we have been fortunate enough to get our hands on several of the different books over the last two years and review them. Paizo has released a new version of some familiar tomes with the new Pocket Editions of both the Core Rulebook and the Bestiary, providing gamers another option for the reference needs.

Anyone who has used the hardcover books in the past knows that they are beautifully illustrated, with quality pages, large font type and hard covers front and back that make them perfect for the book shelf, coffee table and as durable companions to tabletop sessions. There are two problems inherent with these types of books, however. The first is that they are quite big, and the second is that they can be rather pricey. 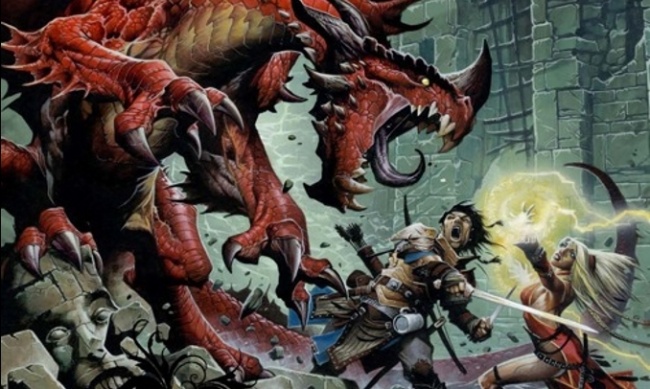 If you read my review on the Core Rulebook when it released, then you already have a really good idea what to expect from this release. It is well-written, logically laid out and while not perfect, it is an incredible resource for any aspiring Pathfinder Game Master. What you get with the paperback version is the same content, just at a smaller set of dimension at 6.6″ x 8.4″. The other perk? They ring in at half the price. Well, mostly the same content – as it does include any fixes since the rulebook’s initial release. The savings in space comes primarily from the font, with is roughly two-thirds that found in the original hardcover. The number of pages remain the same, the format remains the same – what you find on page 115 of the hardcover book is the same content found on page 115 of the pocket edition as well.

I am a huge fan of having rulebooks handy, but even better are bestiaries. I am a sucker for monsters and their associated lore, and while the hardcover books are undoubtedly beautiful and certainly will last longer, there is something to be said for being able to sit in bed and comfortably read, and the smaller size with the softer covers provided here allow for that. 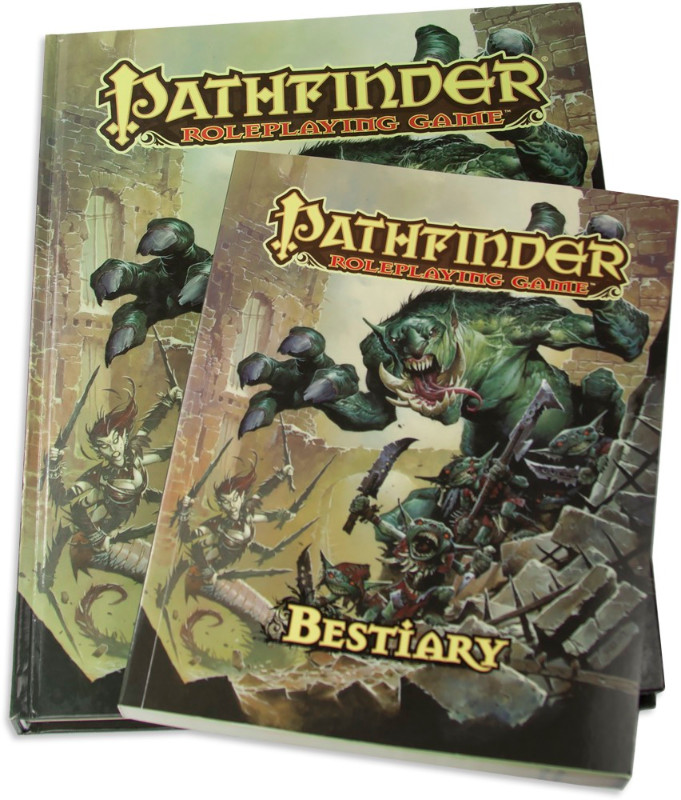 The Core Rulebook rings in at $24.99 while the Bestiary costs $19.99. While not cheap, those are still significant markdowns from the hardcover books. Is the markdown enough for those who already own the hardcovers to pick up a second copy? Probably not. But if you were looking to add them to your library of gaming materials, this is certainly a more cost effective way to do so. That they are lighter weight and easier to transport is a nice perk as well. Now, despite the name, I don’t know that they will fit in most peoples’ pockets. Maybe if I wear cargo pants with some pretty massive pockets, but you know what? They do slip into my sweatshirt easily enough if I am looking to keep my hands free, and that is not something that I would be able to do with the hardcover books.

Pathfinder continues its trend of releasing quality gaming materials for their fans. While the content here is nothing new (except for the error corrections and updates), it is now being offered at a more affordable price and a more convenient size. The collector in me would still lean towards the hardcover variants (I have different gaming books dating back to the early 80’s in my collection), but this is a great option for people who are more interested in price or convenience. 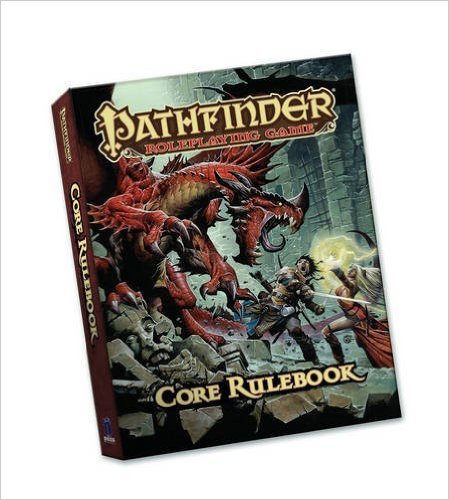 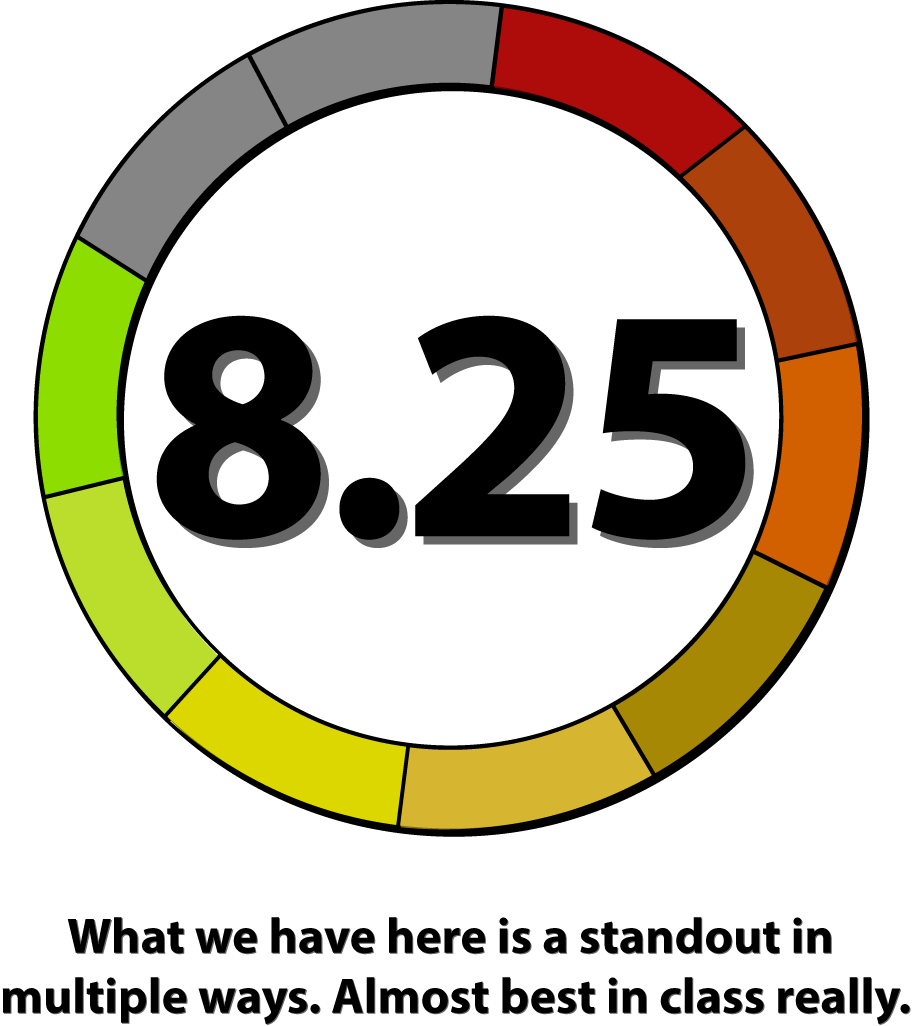