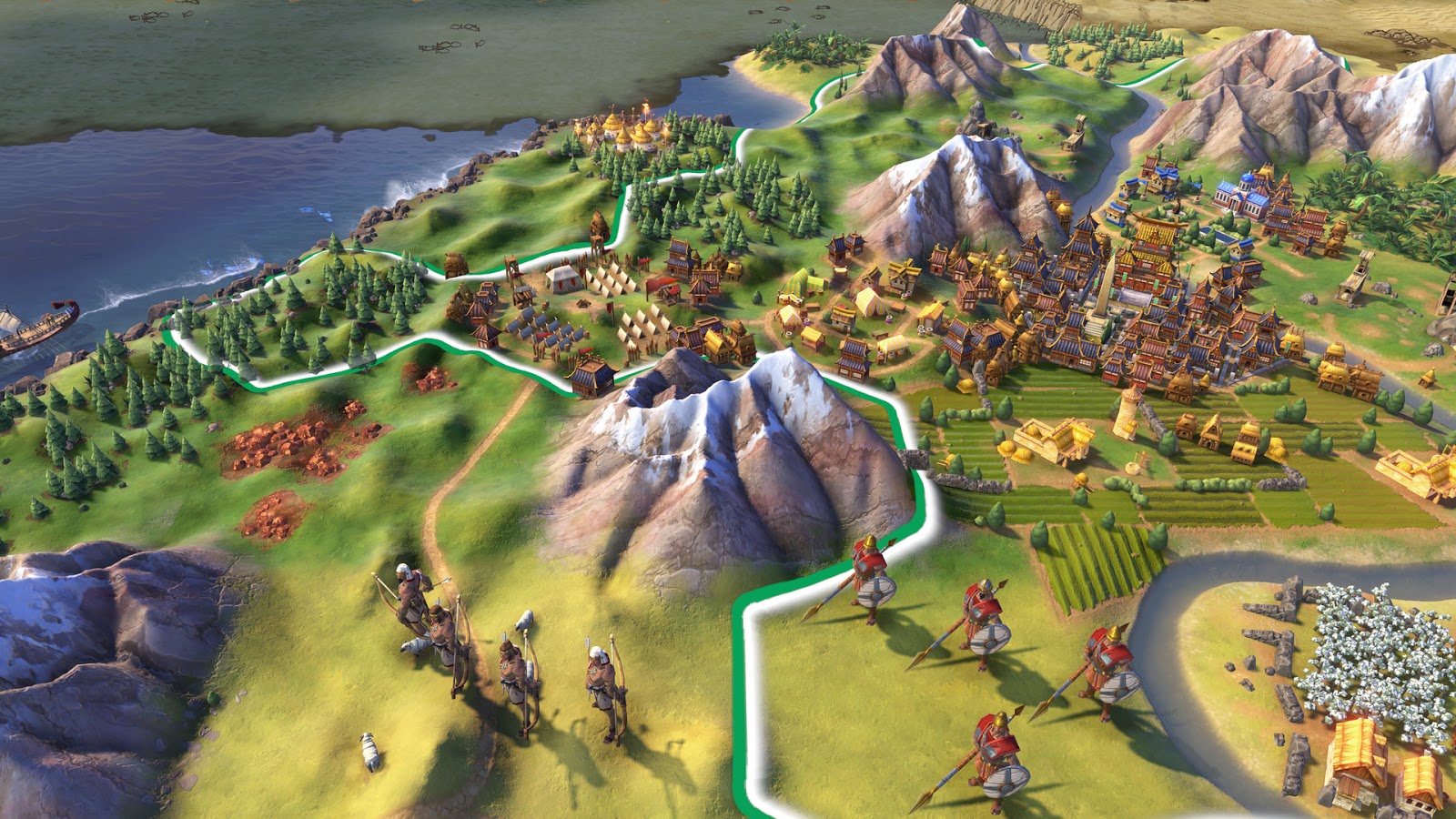 It has been a few weeks since my last Beeps and Beers post – largely because we have been in ‘busy season’. So many games come out in the fall and it can be tough to keep our heads above water as we try to follow all of the news and review as many games in a timely fashion as possible. One of those titles that slipped by us without a review was Sid Meier’s Civilization VI, but I have spent a good deal of time playing it on nights where I decided sleep was optional. Fall has arrived in force here in Michigan and as the weather has cooled my choice of beers has moved on from the early fall pumpkin, amber and Oktoberfest styles to the darker, richer stouts and porters, including Wake Up Dead Nitro, a Russian imperial stout by Left Hand Brewing.

This sliver of time before the snow actually falls sees me searching out thick, chewy beers like this that are just too heavy for the summer months. They prepare me for my biggest weakness, which is the bourbon aged beers of winter you’ll see me writing about in the coming months. Until then, I am going to focus on another type of unique twist on the typical stout, and that is nitro.

Left Hand Brewing makes a lot of different beers, but perhaps one of their most popular and interesting ones is their Milk Stout Nitro. The reason this one is such a unique beer, is because nitro-infused beers are usually only found at the bar or a brewery. The process is one that doesn’t bottle and ship well most of the time. Several breweries have tried to figure out ways to recreate the unique, creamy mouthfeel of a nitro beer (Sam Adams put a good deal of time into it with three of their beers about a year ago in fact), but most of the time the results seem flat and lacking the flavor of the original beer. Left Hand Brewing’s Milk Stout however, has long been a favorite of mine so when I saw their Wake Up Dead now offered up in a bottle as a nitro variant, I had to pick the four pack up since I really enjoy the beer itself.

The Civilization games are serious time sinks. You sit down with them and find that an afternoon or evening has vanished in very short order. I first discovered the series back during Civilization II when a buddy of mine insisted that I give the game a go, and both my wife and I spent obscene amounts of time trying to dominate the world ever since. Some of the releases in the series since have fared better than others, though I absolutely loved the last iteration in the series. Civilization V was an amazing game that had a handful of flaws, but still managed to suck me in for hours at a time. This latest release in the series has that same addictive ‘one more turn’ appeal that has kept me coming back for more. 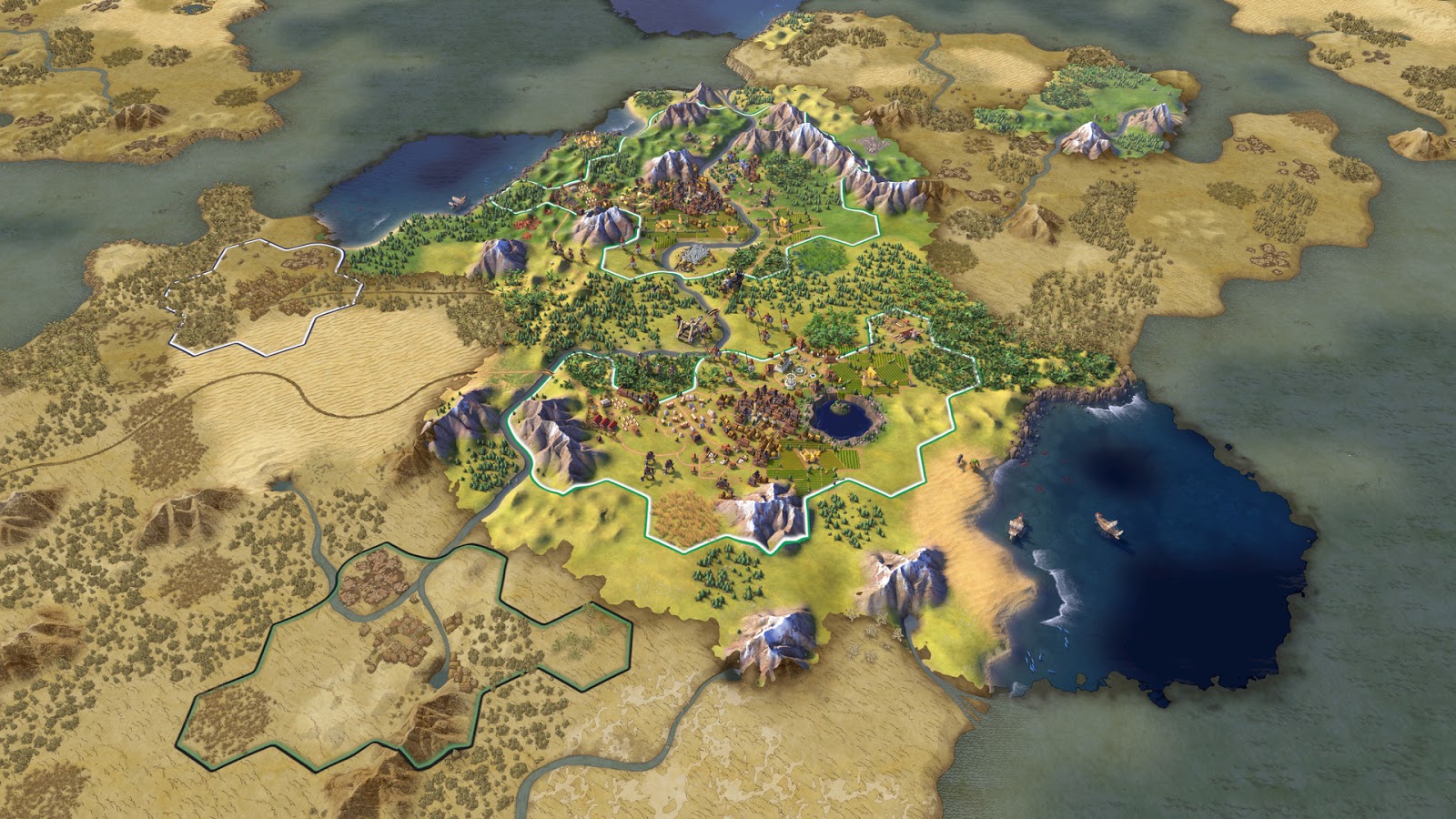 First and foremost, there are some notable changes. The various progression trees for technology and such are easier to glance at but perhaps a little less informative, which is both a hit and a miss. The visual style is also less realistic than the direction found in Civ V, with a pleasant and colorful but also cartoony style in this latest release. The music is good, but not particularly memorable. I don’t get tired of listening to it as I play, but the melodies aren’t lodged into my brain either when I turn things off. That being said, hearing Sean Bean’s voice talk through the various technological improvements when they pop up on screen is a real treat.

Of course being a new game, you want more than just updated visuals and UI, and Civ VI does offer that in a few different ways. One of them is an agenda system that gives a little extra personality to each of the civilizations. In the older games, civilizations were really differentiated by small bonuses or starting units and nothing more. Here the new system attempts to give them just a little more individuality that helps guide AI run opponents in ways that attempt to make them a little truer to their roots. This mostly works, but it does sometimes lead to odd results or strange reactions in diplomacy, which is still something of a weak link in this series. I usually win through science or military domination in this series, and this still holds true in the sixth iteration.

Another new feature that I really like is the way you actually have to build out your cities. They no longer strictly reside in a single hex on the map, but if you want to add structures, some of them require adjacent or nearby hexes on the map near your city. Of course, that is not always an option because that real estate might already be in use or not something you can build on. I have to say that my first time playing the game, I was unaware of this and my cities struggled to expand, but now that I have multiple games under my belt, I look at my city building in a completely different way. I think that is a huge win for the series as it forces me to think ahead when I am picking a spot to establish a new city, adding a layer of strategy to the mix. 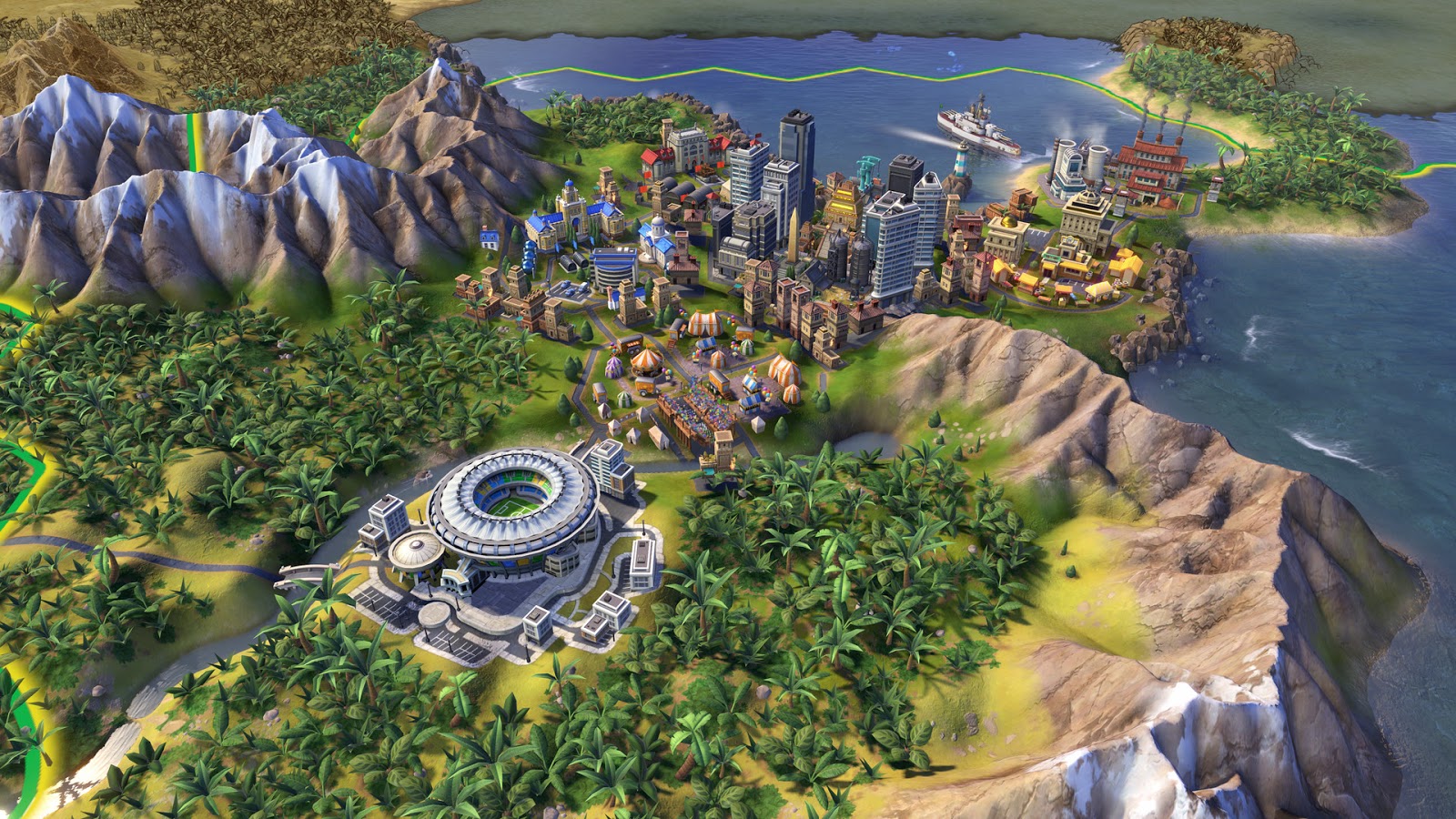 Games like Civilization VI can take many hours to go through. A default setting match can easily take over a dozen hours to complete. If I am going to sit back and spend that kind of time with the game, I am generally more interested in snacks than meals and beers that I will sip slowly over time and not necessarily drink quickly. Russian imperial stouts fit that bill nicely as they actually taste better as they warm up slightly. I am not a fan of ‘ice cold beer’ most of the time to begin with. Maybe numbing the palate is a good idea if you are forced to drink some Bud Light, but a closer to room temperature stout or porter allows you to pick up on and appreciate more subtle flavors. Chilled but not freezing cold is a good approach with this style, just like you wouldn’t want a good bourbon to come out of a freezer or fridge for the same reasons, and you sip it over whisky stones. So sipping on this beer over a bit of time is not a bad way to go.

I have always enjoyed Wake Up Dead as a beer. It pours an incredibly dark brownish/black color that lets almost no light through. The strongest flavors I get out of it are cocoa and dark fruits with sort of a toffee aftertaste to it. The only issue I have with the base beer is for all of its potency (it rings in about a 10% abv), I always felt the mouthfeel was a little thinner than it should be. So this is where the nitro variant comes in, because it creates a thicker, longer lasting head with nice lacing in the glass and a creamier mouthfeel. You wind up without the rougher carbonated flavors and something that is far smoother to sip at as a result, with tiny bubbles working their way up to the surface. When I pour this, I do so into sixteen ounce pub glass or even better yet a snifter. You just tilt it upside down and let it fill the glass aggressively because it will continue to slowly build that caramel colored head over the next minute or two. 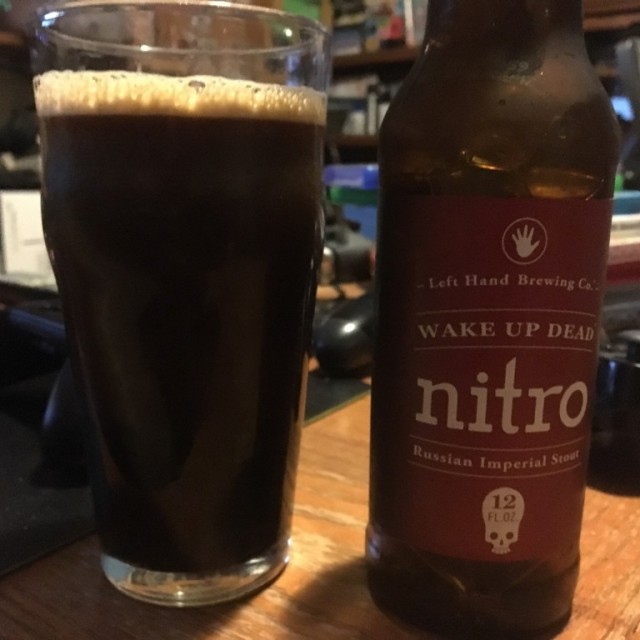 How left Hand Brewing has done such a great job in giving their beers the nitro treatment in bottles is a mystery to me, and admittedly they usually aren’t *quite* as rich and smooth as the beers I get on tap at a brewery directly, but the novelty is still one they execute better than most. Here the nitro treatment gives their Wake Up Dead a more satisfying finish than the original version of the beer.

So I spent my time sipping on this four pack over a weekend while I was spending a lot of time taking over the world in Civilization VI. While I did not review the game for the site officially, if I had it would have scored about an 8.5 overall for me. While it has added some great features and it is a fantastic game, there are some issues with the AI that seems to be either too aggressive or passive to a fault – there is no middle ground that makes them compelling opponents during times of war. And by taking over the world, I mean it – my first three games were of the military variety as I managed to crush the opposition and win twice right out of the gates. Going for one of the other victory conditions on future sessions was certainly more challenging, but perhaps not quite as much fun for me.

Wake up Dead Nitro is going to get the same score from me. It takes an already very good beer and elevates it a little further. This is not my favorite stout or even favorite overall style (bourbon barrel aged fits that bill), but it is a very good beer all the same and one that offers something different out of the bottle worth a try if you get the chance. 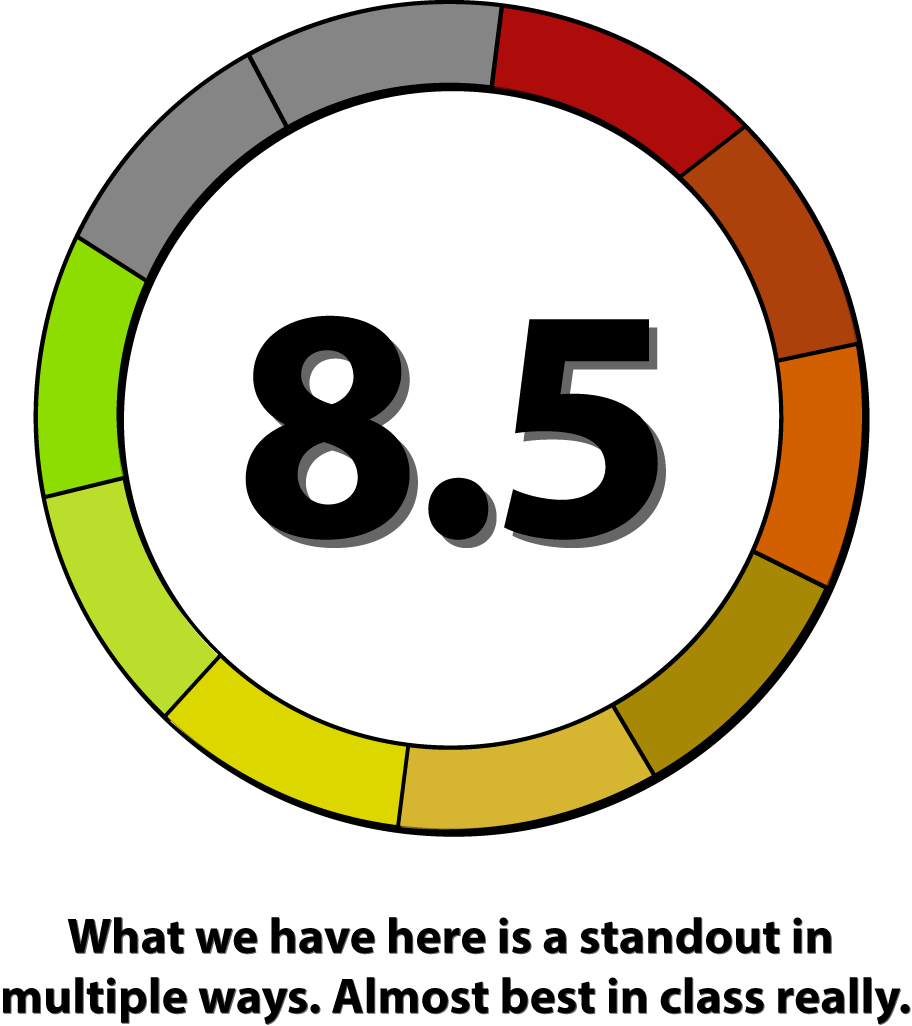