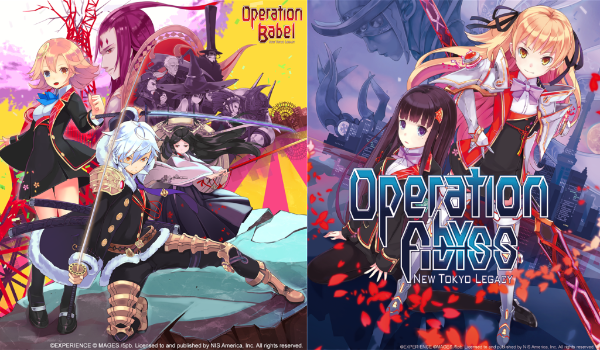 Not ‘Operation’ as in the old board game where you stick a pair of tweezers into some poor unfortunate sap’s body and get startled by a buzzing sound. No, this is a Steam release of a very enjoyable dungeon crawler we had played on the Vita previously and it’s upcoming sequel.

NIS America is happy to announce that the dungeon crawling RPG
Operation Babel: New Tokyo Legacy will be coming to North America and Europe in Spring 2017 on the PlayStation®Vita as both a physical and digital release, as well as digitally on Steam®! Continue the story of Operation Abyss and defend near-future Tokyo from a new and devastating threat!

To stay updated on Operation Babel: New Tokyo Legacy, head over to the Official Game Page! Steam page will be coming soon.

In addition, we are happy to announce that we will be bringing the first game of the series, Operation Abyss: New Tokyo Legacy to Steam® in Early 2017! This title is a port of the game from the PS Vita originally released in 2015. We are thrilled to finally bring this dungeon crawling RPG to Steam and we hope you are too!

To stay updated on Operation Abyss: New Tokyo Legacy, head over to the Official Game Page or visit our Official Steam Page.

Step Into the Cockpit of Star Citizen for Free Until Dec 2!