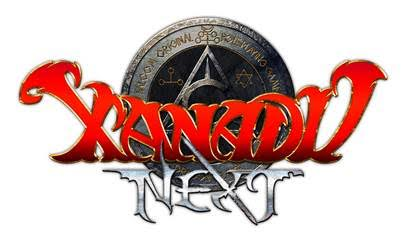 XSEED Games, the independent-minded console publishing brand of Marvelous USA, Inc., today announced that the Nihon Falcom RPG Xanadu Next will release worldwide on November 3, with a Windows PC version of the rhythm spin-off to the shapely shinobi series, SENRAN KAGURA Bon Appétit! – Full Course, to follow on November 10. Xanadu Next will be available on Windows PC for $19.99 via Steam, GOG.com, and the Humble Store by Humble Bundle, with a launch week discount of 10%. SENRAN KAGURA Bon Appétit! – Full Course will be available on Windows PC for $29.99 on Steam, with other digital distributors to potentially be announced at a later time. The title will also have a 10% discount on offer for its first week of availability on Steam.

Xanadu Next is an exploration-centric action RPG from Nihon Falcom, the acclaimed creators of the Ys and The Legend of Heroes RPG franchises. Originally released in Japan in 2005, this is the first time global audiences will be able to experience this distinguished entry in the long-running franchise. Representing their immensely popular Dragon Slayer series and serving as a spiritual follow-up to the late ‘80s cult classic Faxanadu, Xanadu Next puts the player in the shoes of a gravely injured knight given a new lease on life through ancient magic, who must now seek a legendary sword called “Dragon Slayer” to ensure his survival.

Set on the medieval Europe-inspired Harlech Island, players will explore the many different and interconnected environments of the world around them while battling vicious enemies in real-time, utilizing various unique skills attached to the many weapons they find along the way. Through a variety of ability-enhancing items that allow access to new areas, “Guardians” that grant passive effects, stat customization with the ability to level-down for point redistribution, and more, a multitude of mysteries surrounding the ancient land of Xanadu lay waiting to be unraveled. 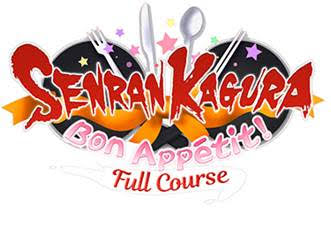 In SENRAN KAGURA Bon Appétit! – Full Course, the grand rivalry between girls’ academies continues as the shapely shinobi take a break from their usual hand-to-hand, beat-’em-up style combat to face off in an entirely different kind of battle — with delicious results. The shinobi master Hanzō has promised the winner of his first annual “Super Dish Gourmet Cook-Off” a magical scroll that can grant any one wish. Driven by their own desires – or perhaps just idle curiosity – 22 playable buxom babes from Japan’s secret ninja schools have signed up for the tournament, ready to put their reflexes, memory and speed to the test in a cooking competition unlike any other.

Culinary warfare is carried out through an array of rhythm battles in which players tap the correct buttons in time with the beat to rack up combos and determine the size and quality of the resulting dish. After selecting a competitor, players are challenged to create the ultimate Super Dish and unlock a special feast for the eyes. The emphasis is on outrageous humor, tasty food, and plenty of eye candy, so get ready to slice and dice… up some delicious treats while rocking out to some funky beats!

Xanadu Next,  developed by Nihon Falcom and published by XSEED Games, will release for Windows PC via Steam, GOG.com, and the Humble Store by Humble Bundle on November 3rd for $19.99 with a 10% launch week discount. The Windows PC version of Xanadu Next is not rated by the ESRB. More information on Xanadu Next can be found at the newly launched website at www.xanadunext.com.