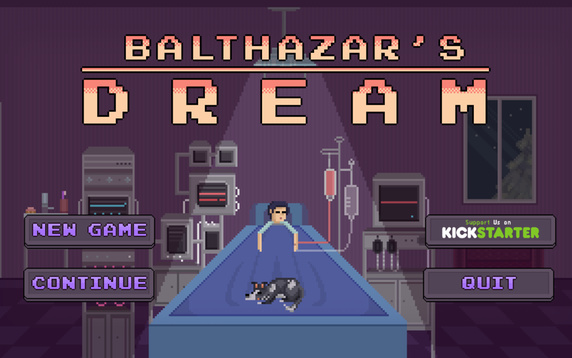 Currently entering the final stretches of its Kickstarter Campaign, Balthazar’s Dream has both been fully funded and Greenlit through Steam. Developed by Psilocybe Games, enter a dreamworld of Balthazar’s master as Balthazar proves exactly why dogs are a man’s best friend. *

I was a bit hesitant to make an opinion with a demo that was supposed to clock in around the twenty minute mark but after finishing it I only had one disappointment. The demo was over and I have to wait for the full version to eventually hit completion as Balthazar’s Dream is one of the best platformers that I’ve played. Yes I’m putting it up there with Shovel Knight. They have their differences but the effort that was put into this title already was impressive.

When you think of a platformer you tend to think of someone in the human sense of the word. Grappling hooks, super jumps, dashing, sliding, pogo jumping, etc. Balthazar is a dog and being a dog has some advantages such as having four legs to move faster. Being a dog also has a fair amount of disadvantages such as short attention spans resulting in chasing after a ball even if it leads down a hole, being afraid of vacuum cleaners as they make horrendous noise, chocolate and grapes are toxic, and climbing ropes isn’t exactly in their nature. 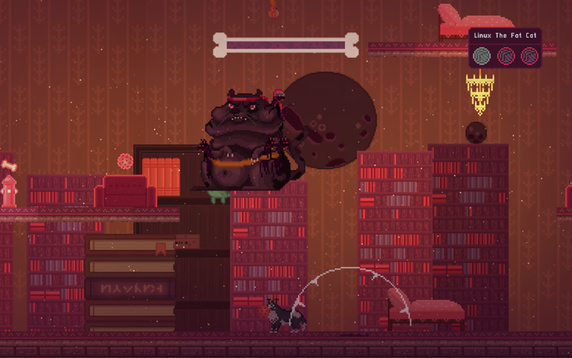 These elements all come together in order to form a fast paced platforming experience that doesn’t waste any time even when you’ve fallen into a hole. Messed up? Balthazar is instantly brought back to the last fire hydrant that was visited in order to try it all again. On top of timing your jumps from platform to platform and onto a rope, keeping an eye on Balthazar’s attention meter is extremely important. Hold onto the rope too long and he’ll fall. Have the ball bounce in front of his nose too long and he’ll chase it. Stand near the vacuum cleaner too long and Balthazar will make a run for it. While these are all obstacles sometimes the result is exactly what you need in order to move forward.

The level design was well done and appropriately paced. Never “too hard”, the challenges are amped up just as you get the hang of the previous one now having two things to think of instead of just one. This lets you get just comfortable enough before throwing something into the mix which all came together in order to take on the worst menace of the all. The neighbors mean cat.

On top of all of the platforming, Balthazar also has boss fights to worry about that are a culmination of everything that was learned throughout the journey so far. Moving platforms, climbing ropes, jumping on beds to make it higher, all of this is going to be needed in order to give the cat and his minions what’s coming to them. A secret weapon among secret weapons that even some humans refuse to come near. A dog’s favorite toy. A drool covered bouncing ball. 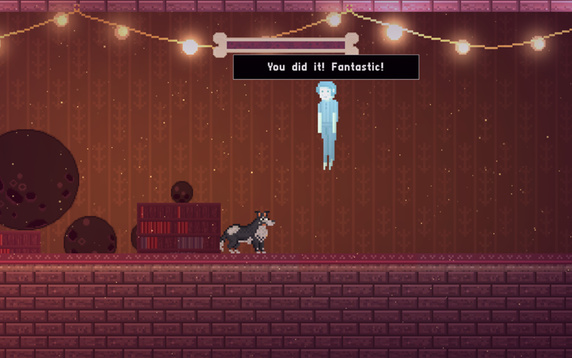 Using the bouncing ball as a weapon can have its drawbacks as letting it bounce it too much while trying to get the angle just right and it can all go to hell as Balthazar starts to chase it if his attention span runs out. While “normal” cats can only take one hit of this epic bouncing ball, the meanest of them all can take three which will result in some inventive platforming as he can move around and has his own attacks in order to prevent Balthazar from moving forwards which lead to some of the most fun that I’ve had with a boss fight in a long time.

With all of this said, this was only a demo in order to show off what Psilocybe Games plan to do with Balthazar’s Dream. Already sporting a great game play that is supported by a beautiful retro style and awesome soundtrack, there’s still time to try it for yourselves before the campaign finishes.

*Even if I’m a “cat” person, the lengths that his dog goes through is nothing short of incredible and maybe Breanna will win and we’ll have a dog WITH my cats. 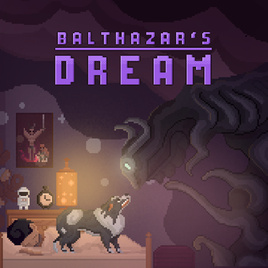