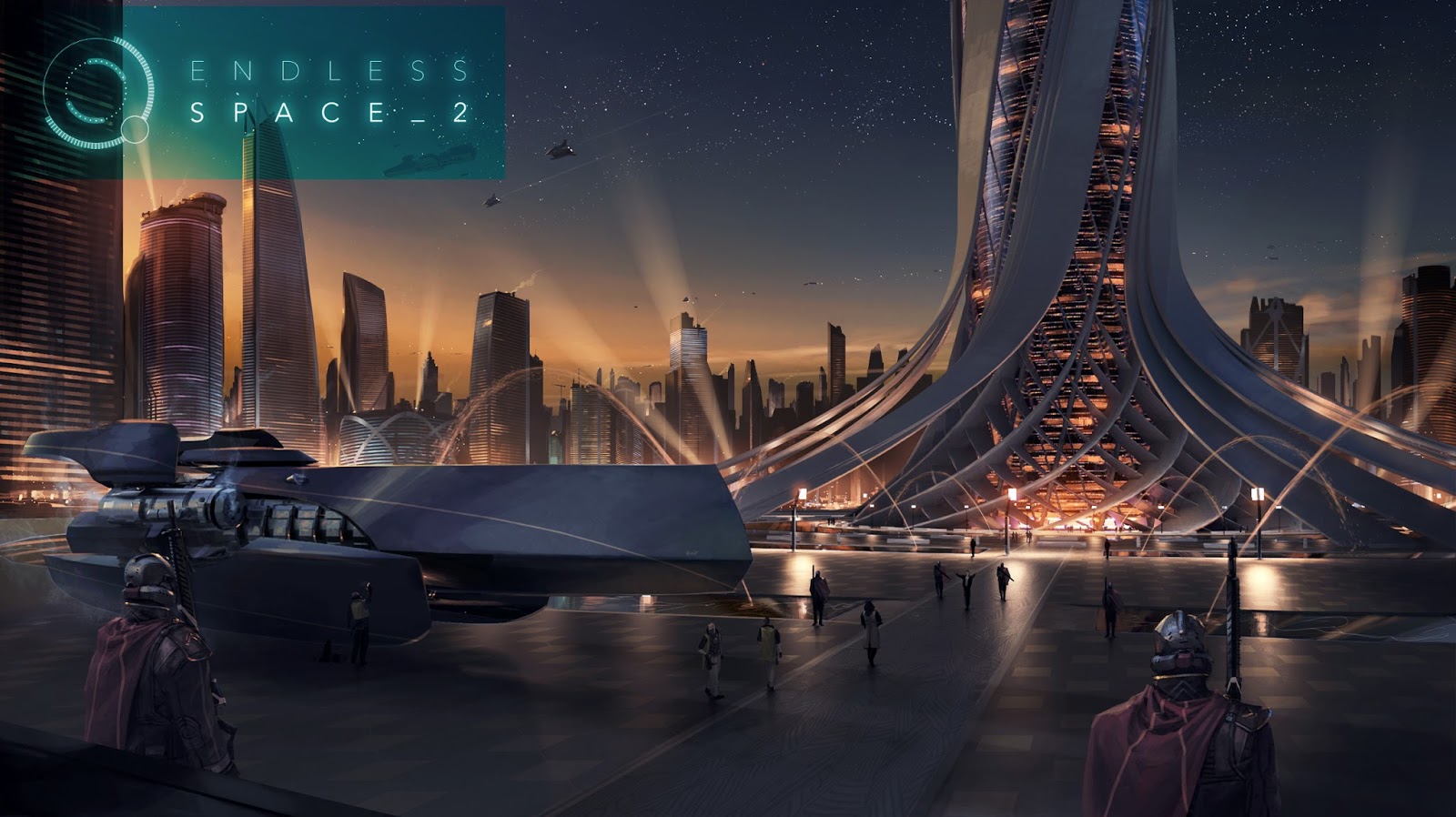 Endless Space 2 is the sequel to 2012’s spectacular Endless Space, a 4X newcomer at the time that managed to squeeze in just as the sudden resurgence of excellent space-based titles hit the market. Four long years later, Amplitude Studios are back and this time releasing to Early Access for fan feedback. In a growing trend seen in gaming, the sequel is taking what it learned from in the first release and its many DLC, and adding to and expounding upon that knowledge for the sequel. Endless Space 2 is shaping up to be the new reigning king of space-based 4X strategy.

Just to reiterate, Endless Space 2 is currently in Early Access meaning that rebalancing, new races, or new lore can be added at any time and that performance may not yet be optimized, leading to crashes and / or unexpected behavior. While overall I had very little in the way of technical issues, there were a few crashes or lock-ups here or there, mostly on longer, larger maps after playing for a significant time. 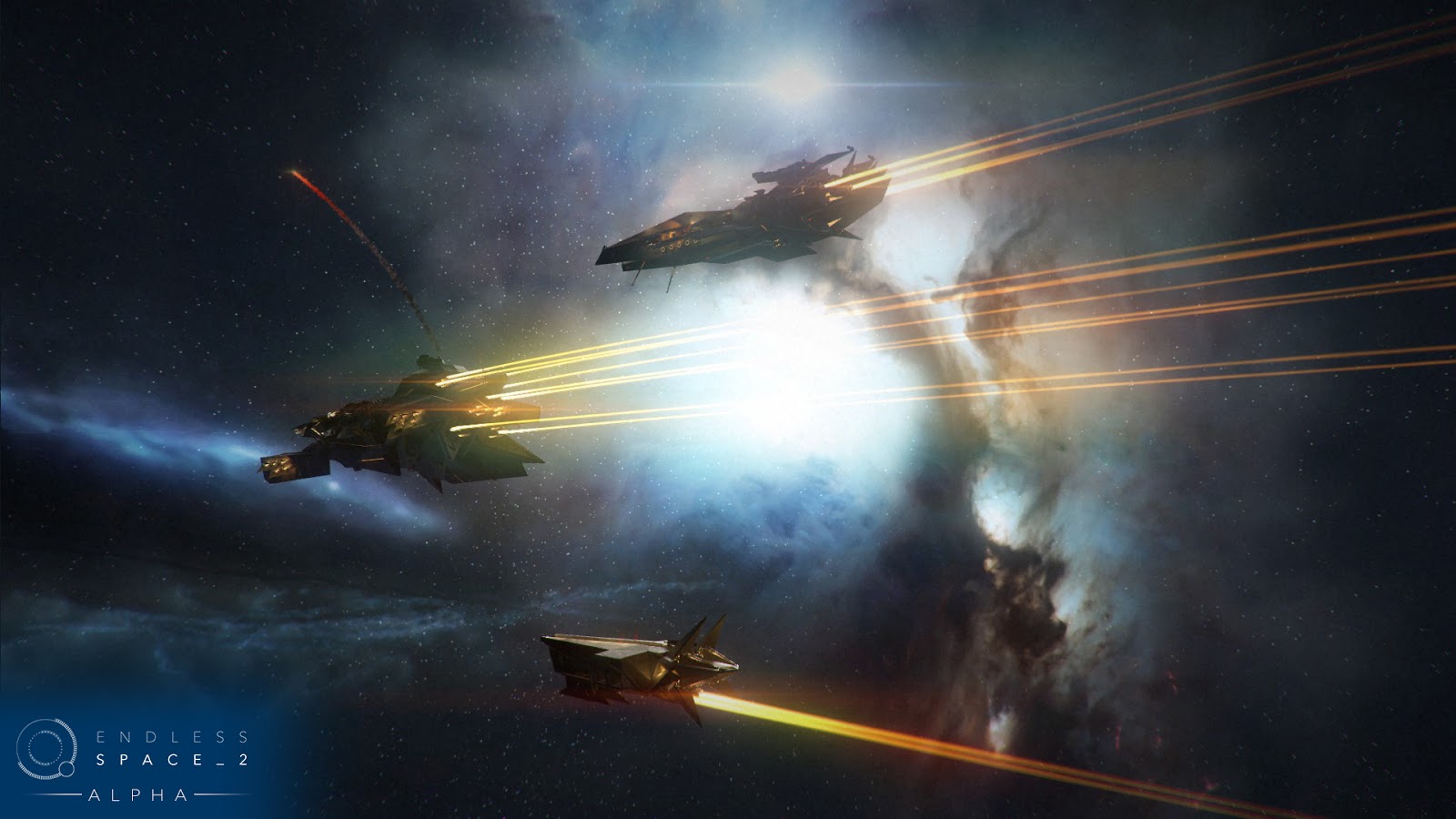 While there are a total of 8 announced faction, the Early Access only has four available for play. You have the Sophons, a physically demure race that reminds me greatly of the traditional “Grey” alien in its physique, though they are wearing neat space suits. Highly analytical and inquisitive, the Sophons are certainly more attuned to gathering knowledge and are not the most war-like of the available factions (but they are no pushovers either). Next are the Cravers and these things are neat looking; while insectoid in nature, they look like a strange hybrid between grotesque bug and cybernetic enhancements. They are, for lack of a better term, the Chaotic Evil faction of the Early Access, with slavery and a traditional hive-mind style.

The Vodyani are neat and so far, my favorite faction; their whole lore makeup is effectively a hyper focused theocracy hell-bent on converting all races that can be saved, or destroying those that oppose. They have a bit of a superiority complex. Like me. I love them. The last race in Endless Space 2’s Early Access stage (at the time of this writing), are the Lumeris, the quintessential trader faction. Focusing on commerce and trade expansion. Given my particular play style, they are the hardest to play given they are far more interested in trade and espionage and less in the maritime tactics that fill out the “Exterminate” aspect of the 4X moniker. 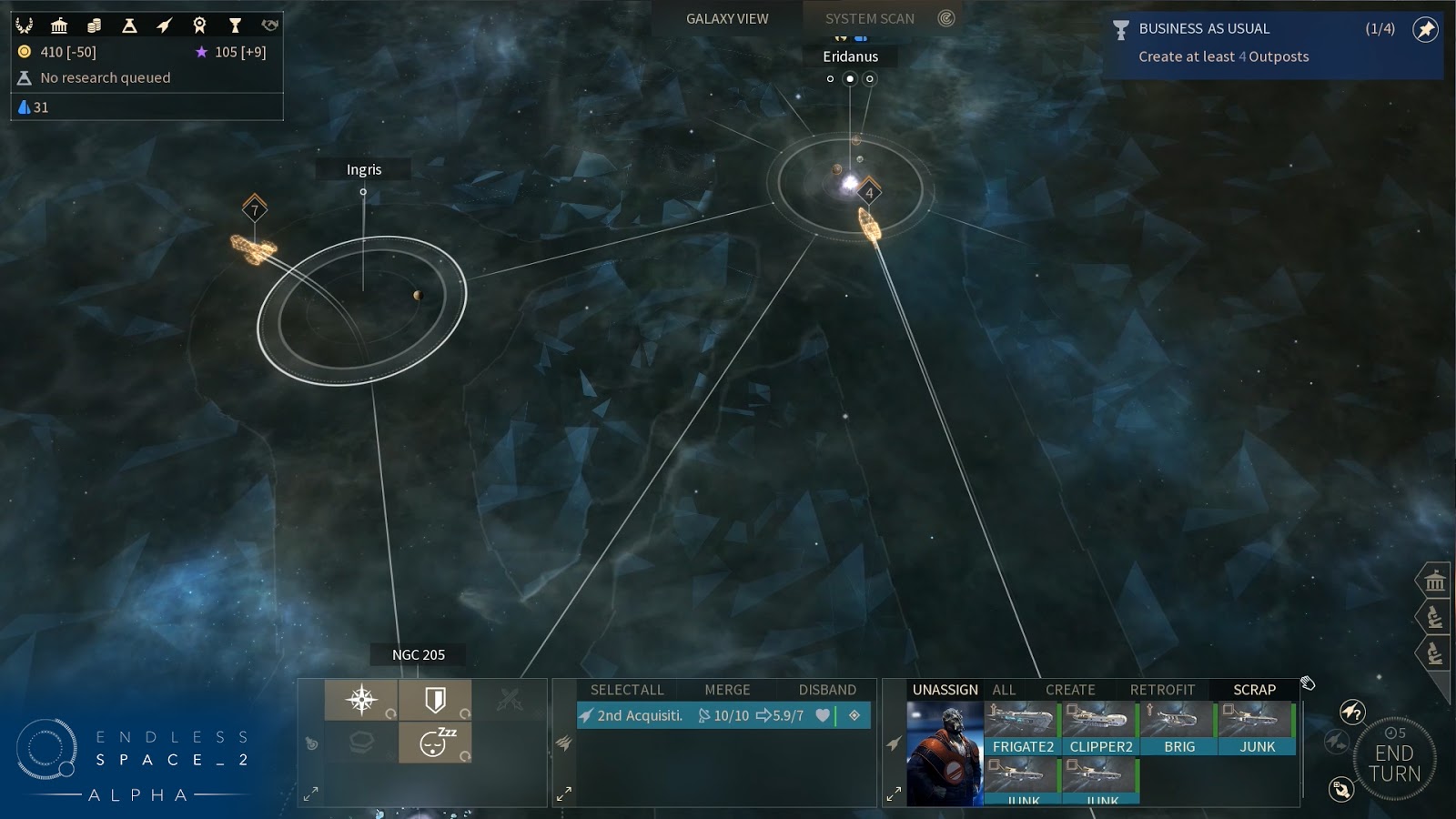 Maps are massive and stunning looking, and I think that my favorite aspect of Endless Legends 2 is simply zooming into a solar system and seeing the planets orbit their stars, and it is even cooler to see the information screens pop up to talk about the actual world (showing it’s resources, hospitality, etc.) is really cool and reminiscent of Mass Effect (which is a franchise I love and have played more than any person has a right to). Even after a dozen or so games, discovering new galaxies, races, and planets is a blast and I found that I spent far more time reading the various lore and informative bits in Endless Space 2 than I did in any other 4X franchise outside of modded Crusader Kings 2 (with the Game of Thrones mod of course). Each bit and piece in ES2 is designed to deepen an already vast universe and is a spectacular run; seriously, take the time to appreciate every piece you can find, since the Devs / Authors have clearly outdone themselves this time around.

Though combat could be a bit more interesting and I would personally like to see ship customization become more robust (GalCiv 3 still has the most detailed ship customization tool I have ever seen), Endless Space 2 is a well put-together Early Access title that is full of features and maxes out on the “Fun” factor. As development continues and new features are added and tweaked, Endless Space 2 further cements itself as THE 4X title to beat. Keep up the good work, Amplitude.