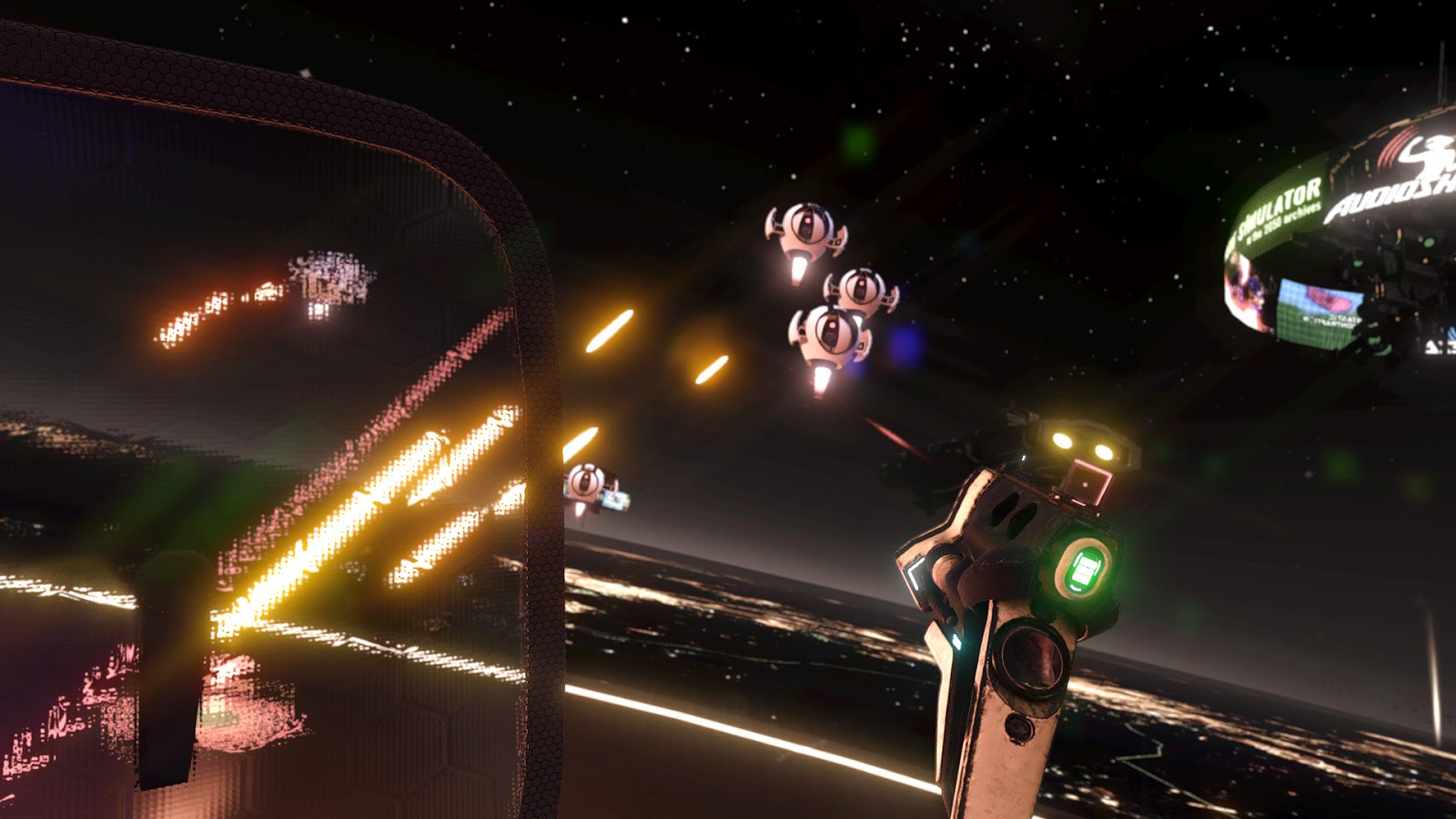 Space Pirate Trainer is an arcade shooter through and through, but it has enough options to keep things fresh beyond simply pointing and shooting at things. The title is also greatly assisted by crisp visuals and awesome controls for the Oculus Touch, creating a fun gameplay experience.

At its heart, Space Pirate Trainer is one of those old school arcade shooters. Though instead of using a light gun of some sort, the Oculus Touch serves as your guns instead. The premise is pretty simple as waves of robot drones rise up and start to shoot at you. They come in different types that range in durability and movement patterns, while you yourself are anchored into one general area. However, you are not defenseless.

Moving your body around is key to success, as it allows you to dodge fire. Another cool option is the ability to switch your weapon out with a shield or run with a gun in each. The guns can be set to different types of firing patterns / attacks that let you not only shake things up but come up with a style that suits you better. 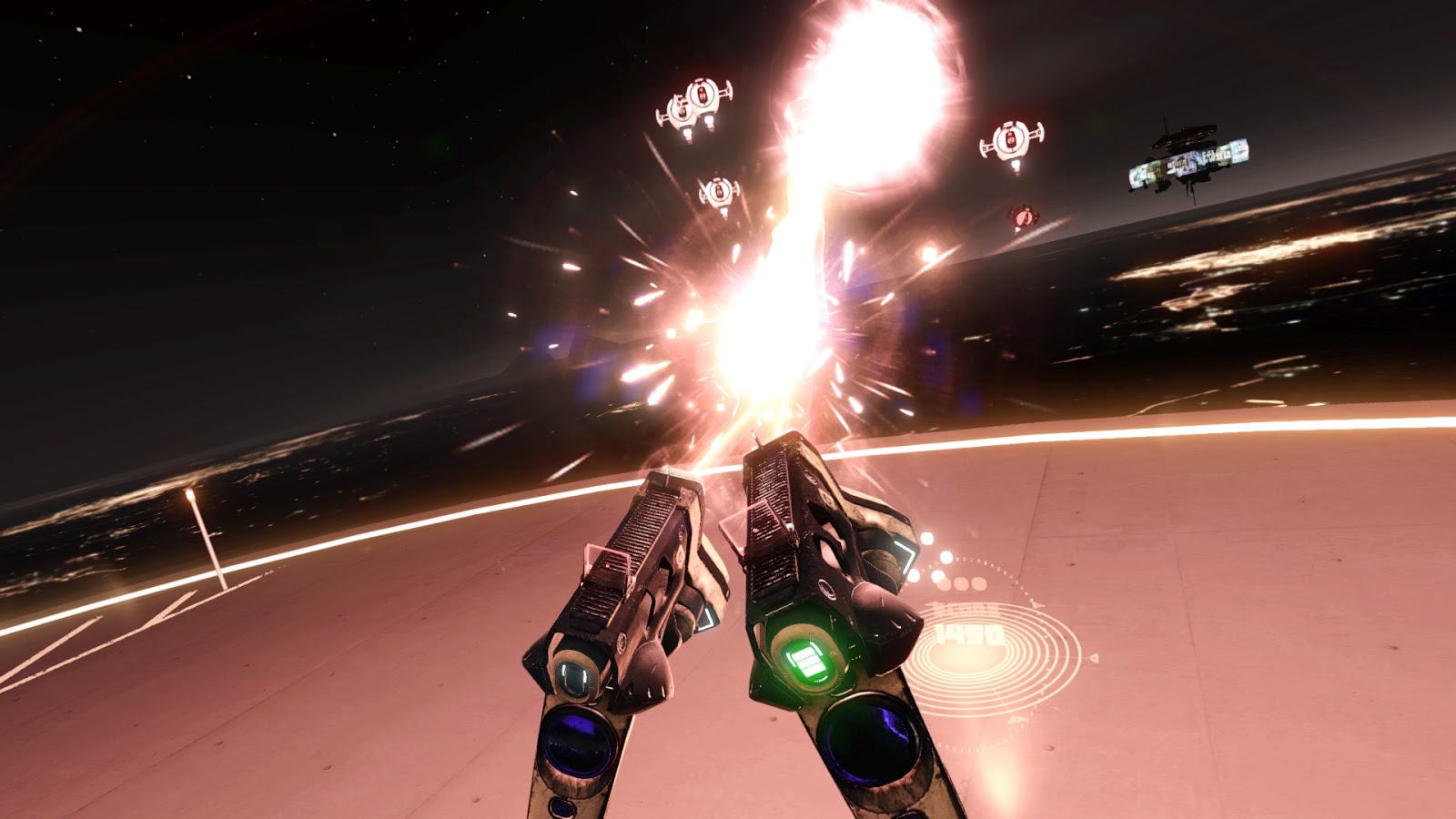 If there is a complaint to be had, it’s that the title lacks a lot of gameplay elements. What I mean by that is you are basically old school shooting up at the invading enemies. It’s a lot prettier than, but not really much deeper than an old arcade shooter like Galaga. You’re essentially warding off waves of enemies while attempting to stay alive. That simplicity makes this a great demonstration game for when you have friends over, because the menu is easy to navigate and the gameplay simple to understand. The basic tutorial only takes a few minutes and covers your need-to-know information.

Because of the fast pace of the game, it is easy to lose time playing this. Each session has that arcade feel where you lose and you start over. There really is not a lot of progression to be had at this point – some sort of a story mode with changing bits of scenery would certainly be welcome and add some longevity to the title. That is probably the biggest flaw here, because the game just doesn’t really change much. You’re essentially doing the same thing on stage two as you are on stage nine.

Now, that being said, the implementation of switching out your gun for a shield be reaching to your back is pretty slick. Also, I like the shield because it has a sort of wavy translucence to it that allows you to see things through it, just not very clearly. It stands in stark contrast with the crisp, vibrantly colored visuals around the shield or when you don’t use the shield at all and rely on a pair of weapons. 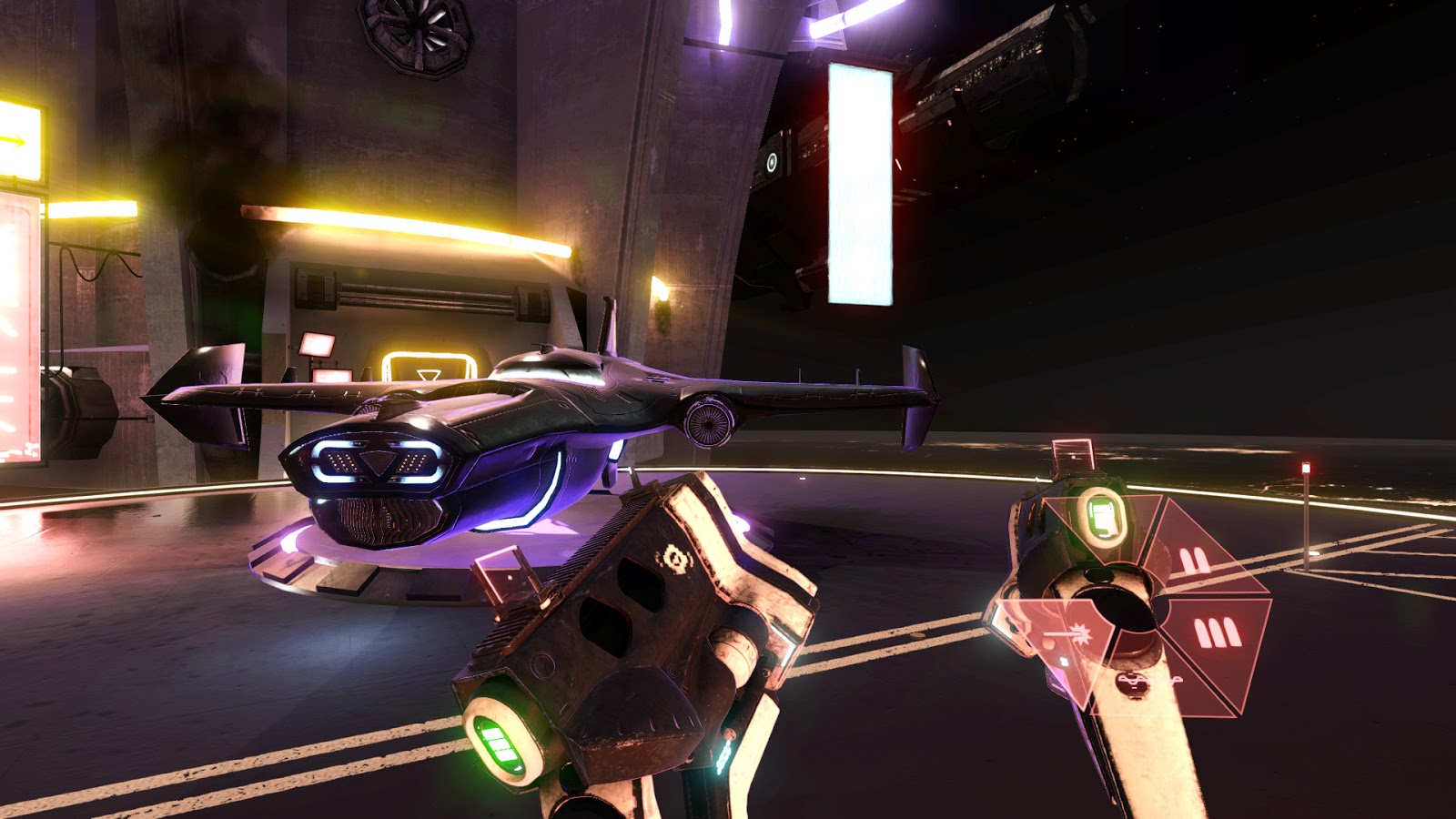 The Oculus Touch controls are responsive and intuitive, making the shooter fast and fun to play. You’ll be swinging your arms around and moving within the space designed for playing a lot, so make sure you have plenty of room to move about. This is a standing experience, and while some of those can be fairly casual – this was a much more intense one.

Space Pirate Trainer is still in Early Access, so it has time to continue adding depth, but the actual gameplay is already refined and the experience is entertaining. The old saying ‘time flies when you’re having fun’ absolutely applies here, though because while Space Pirate Trainer is a somewhat shallow game, I regularly lost track of time while playing it.