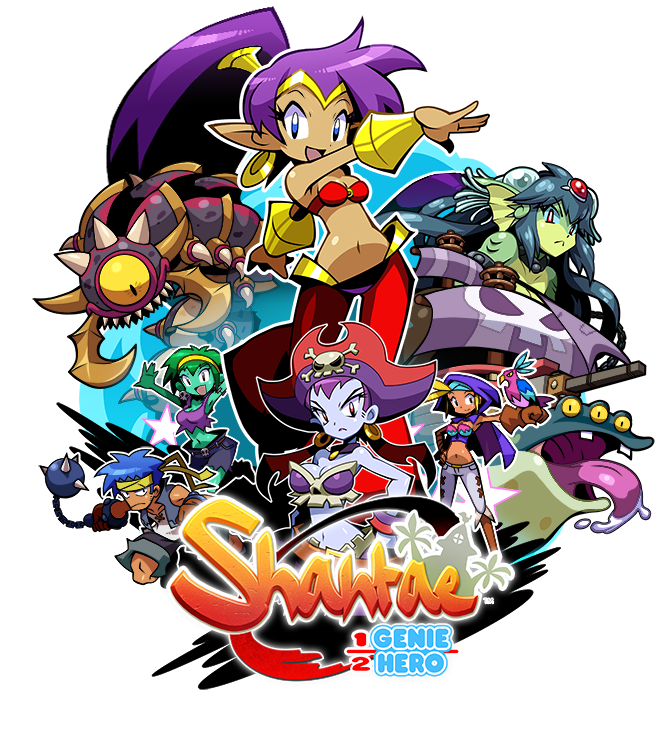 Shantae Half-Genie Hero is the latest of the series seeing the return of everyone’s, or at least my, favorite Half Genie. As nothing ever goes according to plan, here’s another run of a day in the life as Shantae foils sinister plots all the while getting fired and replaced as the city’s guardian while finding parts for her uncle to build a machine to make being a guardian a moot point in the first place!

Half-Genie Hero, at least in the beginning, feels like it moved away from that Metroidvania style for a more streamlined platforming experience. Stages have multiple sections that are run and platformed through before facing off against a boss and returning to the small town hub. This felt like a drastic change from the previous titles as even Pirate’s Curse contains multi segmented metroidvania styled environments after selecting where to go from the main island. It felt odd but as much fun as it was? I could live with this change. 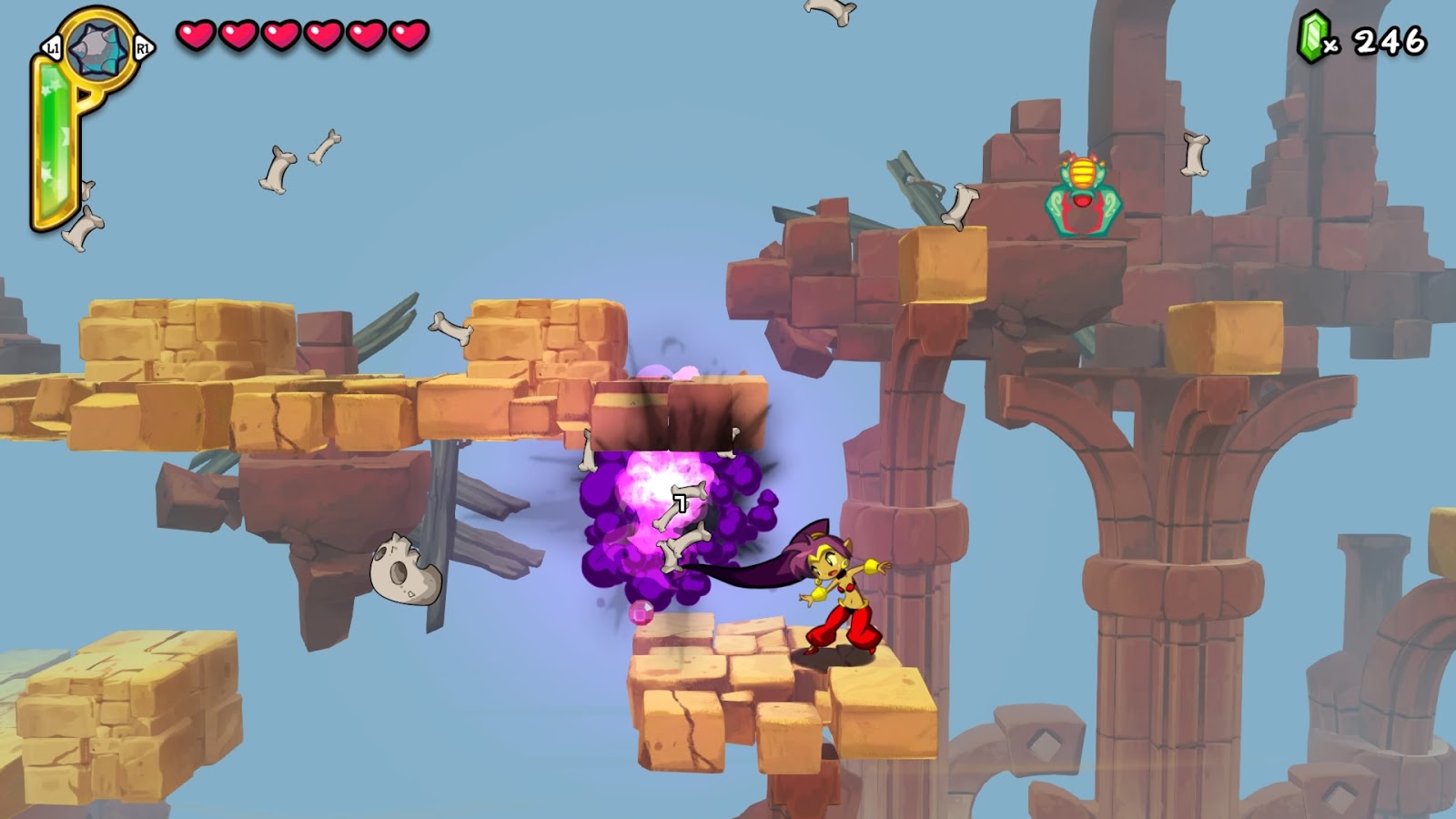 After running through the first two stages the way forward becomes blocked requiring Shantae to go back through these previous stages in order to find what is needed in order to move forward. But what could have been missed? There was only one way to go wasn’t there? True to the series’ roots, Shantae learns new dances that allow her to perform some rather cool feats. These dances can morph her into a monkey, an elephant, a mermaid, and more in order to help move forward into areas that couldn’t be accessed previously. This could either have been because of the camera angles making it look like they weren’t even there or they were just simply out of the reach of her human, sorry demi-human, legs.

So while not being able to simply run back to the location where you wanted to look can take some getting used to, Shantae’s new moves makes getting back to some places easier and generally expands the adventure. A dance can be learned in order to warp through the various sections of a stage instead of having to traverse them repeatedly. Flying forms allow you to move higher while swimming forms allow you to move down lower.

Magic abilities can also be learnt and are always a welcome asset when taking out the enemies that lie between you and your goal. What if you’ve managed your goal and you’re in the middle of a stage? Blow your whistle and your friend Sky will be right there with her now super large bird Wrench in order to give you a ride home. Moving into this direction still puts a heavy emphasis on platforming but doesn’t completely remove the metroidvania keeping it somewhat alive on the adventure as there’s often a reason to go back. 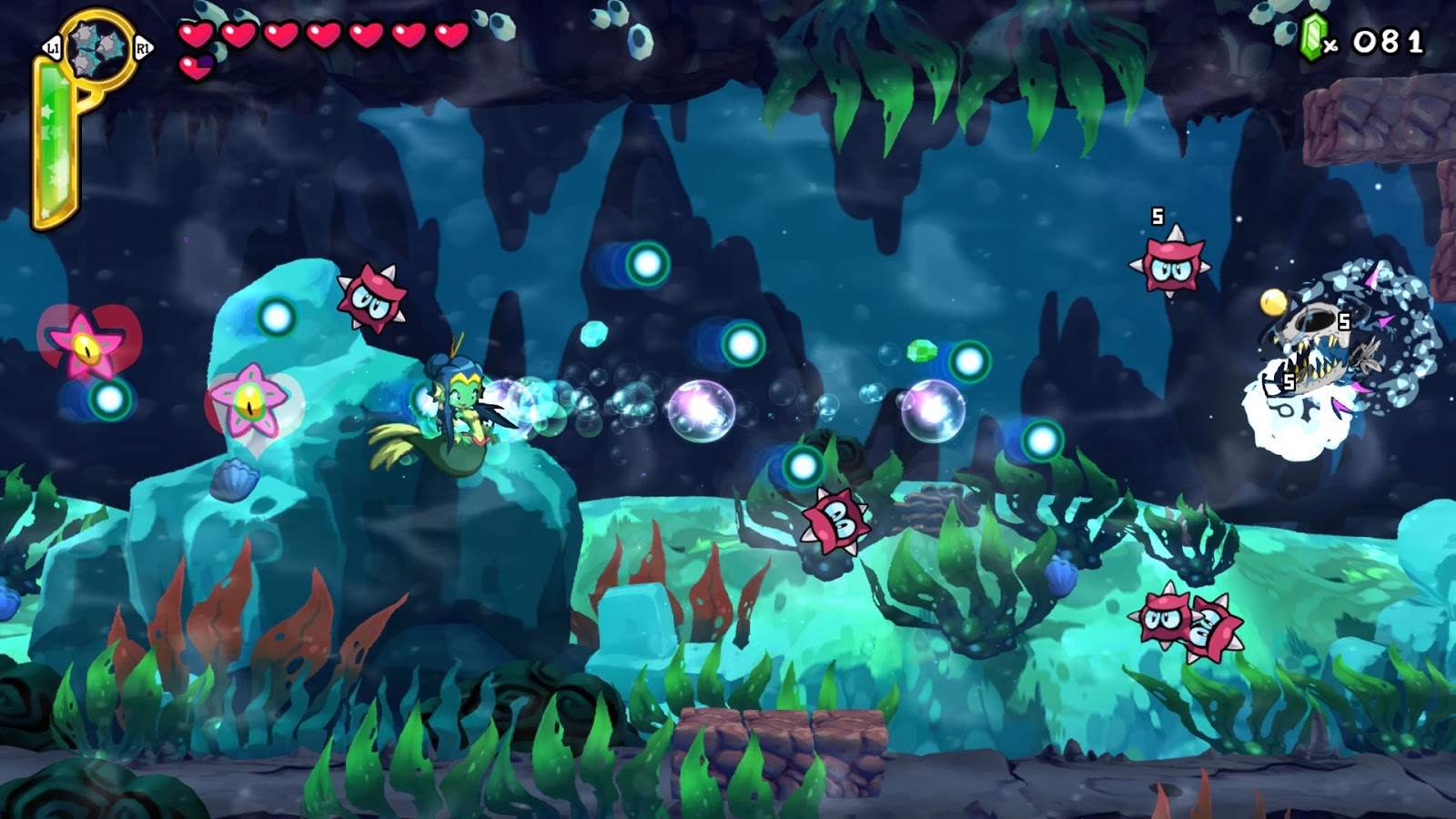 Half-Genie Hero plays host to six stages with the hub counting as only a seventh location that you won’t really spend that much time in other than for dialog or buying things from the merchant. This honestly doesn’t sound like much but once the metroidvania elements come into play it feels like an appropriate amount. The idea however of going back and forth between these levels can seem like it gets old fast but that’s probably what I loved the most about Shantae’s latest adventure.

On a whole Shantae Half-Genie Hero clocked in around the five hour mark for the first playthrough with about seventy-five percent of the collectable items and the good ending. This leaves more time for completionists, speed running challenges, the new mode that opens up thereafter, and those wonderful platinum trophies that the more elite covet. With lovable and detestable characters alike making their return for the latest adventure there’s no reason not to explore Sequin Land with our Half-Genie Hero Shantae. 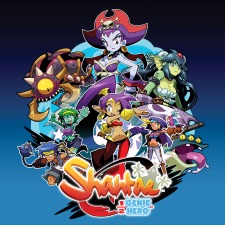