I have always been a fan of Japanese role playing games for their magical worlds, lovable characters and friendly combat system. Dragon Quest 8 was in my collection for a long time, waiting for its turn. Finally, one day I decided to try it; and I was amazed.

• Main idea
A brave soldier travels across the world searching for the evil wizard who transformed his king into a monster, accompanied by a former bandit, a young sorceress and an exiled knight Templar.

• What I loved
The story is intricate, original and touching, a brilliant synthesis of western and Japanese cultures. The characters have their own personalities and many scenes are unforgettable, for example meeting Jessica for the first time on the tower where her beloved brother was slain. 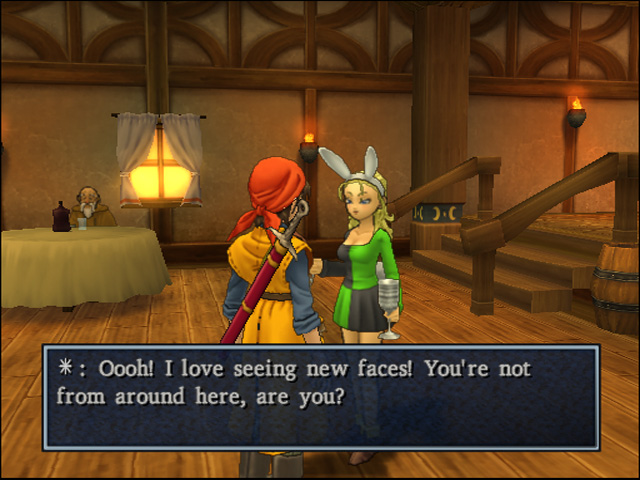 Battles are easy to handle, thanks to practical menus with self-explanatory commands, and they progress surprisingly fast (loading times are low, characters attack without any delay). No matter how much I played fights never ceased to be fun, especially when I smacked an enemy with a war hammer or burned a group of monsters.

Exploration is another positive aspect of DQ 8, as you find new towns, remote shops, hidden chests or distant islands. The world is big but you travel effortlessly thanks to a teleportation spell, an ancient ship and even a tiger!

A fun extra is the arena, where a team of monsters you have collected in the wilderness confronts other monsters. You can even use this team against enemies you encounter in dungeons or even bosses. Another extra is the alchemy pot, which allows you to mix ingredients and create new items.

Upgrading is essential; it is advisable to choose for each character one skill to maximize, so that he/she gets the corresponding bonuses. Skills make you more competent with specific weapons and you unlock new abilities or spells as their rank increases. 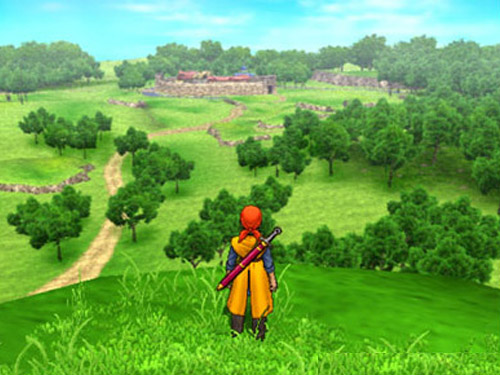 The graphics are gorgeous, with lush forests, picturesque houses, tranquil lake shores, sublime temples and majestic castles. Everything is drawn with beautiful colors and a unique art style. Day is followed by night and the sun gives place to a sky full of stars. The cel-shaded models look great and their animation is full of interesting details.

The music is brilliant, with many different themes, reminding me of old Hollywood movies. Listen, for example, to the music playing when you cross the sea, it is so inspiring! The sound effects are very good and the voice acting is superb; hearing king Trode’s English pronunciation is a joy in itself!

Concerning the control, everything is done through a friendly interface, whether you want to equip an item, check your abilities or see what kind of monsters you have defeated. Each character may carry a limited number of objects, however there is always room in the party’s bag.

Dragon Quest 8 is big. Usually I don’t like games that take dozens of hours to complete, however, this one is so finely crafted that I did not want it to end. As for the difficulty, it could be a little higher, on the other hand, being “forgiving” makes the game a relaxing experience. 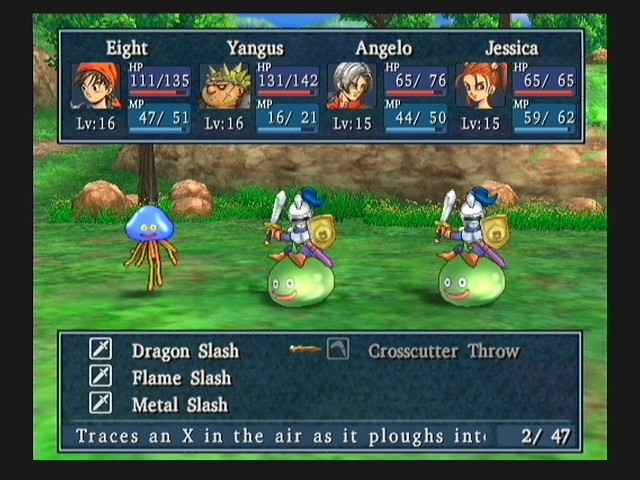 • Minor “complaints”
Dragon Quest 8 would have benefited from a larger number of weapons, bosses and visual effects during combat. I would also prefer the recipes to be less cryptic and some of the ingredients to be easier to find. Lastly, as in many other role playing games, several abilities and spells have little use (for example, why try to put a group of monsters to sleep when you can kill them in a minute?).

• Epilogue
Dragon Quest 8 reminded me of Suikoden 4: its hero does not talk, the graphics are three-dimensional and the world consists of islands which you visit on boat (the Japanese apparently love the sea). However, in terms of presentation, story and action it is insuperable. It has become one of my two favorite PS2 games, along with Bloodrayne, and I wish I could congratulate the people who created it. 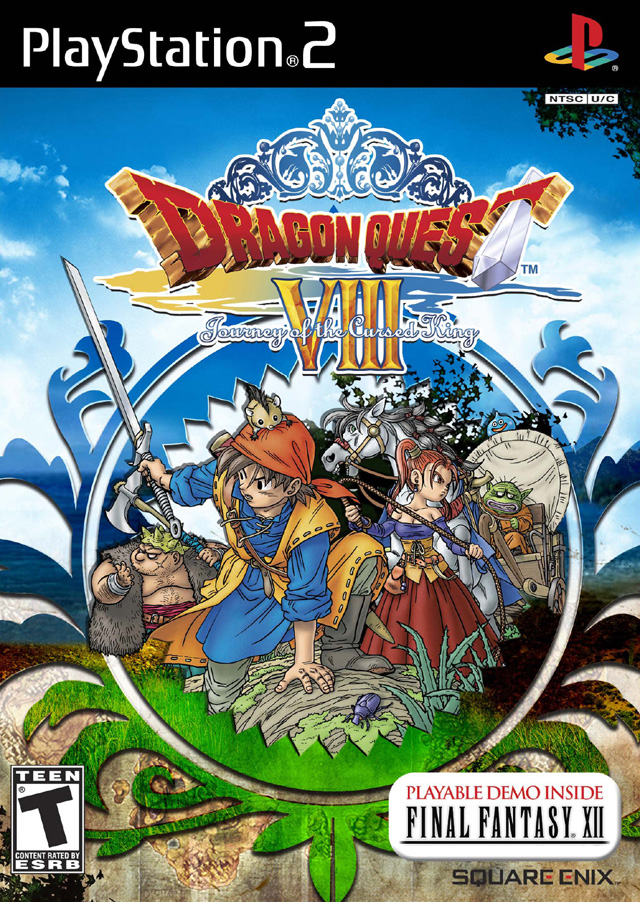