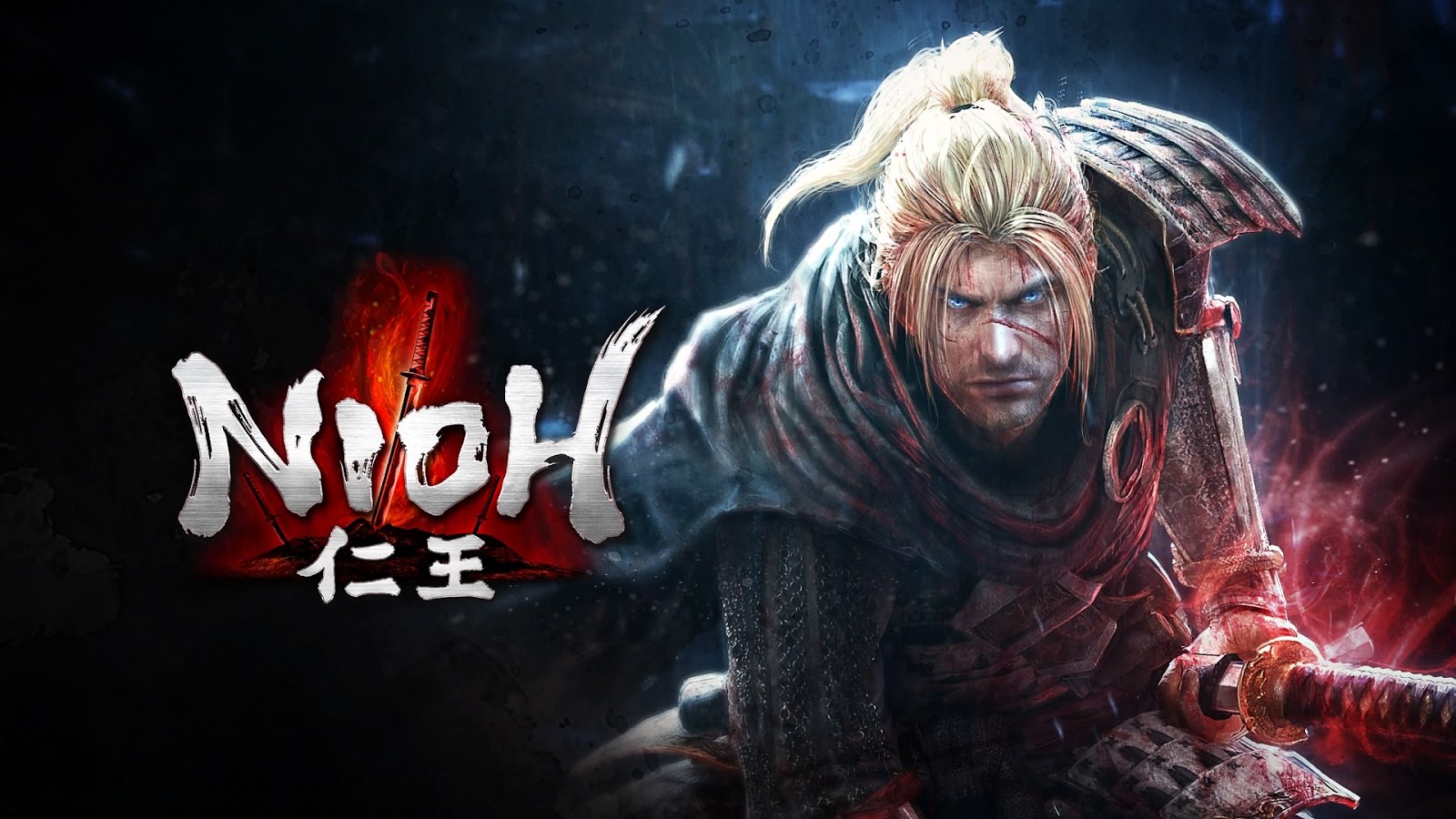 Nioh’s gone through multiple demo’s in the past year in order to get feedback to put out the best possible experience. Having recently given gamers one last chance to try things out before the release date on February 7th, the Last Chance demo was available for only forty-eight hours just two weeks ago in order to obtain both the Mark of the Conqueror and the Mark of the Strong one last time if you hadn’t already. If you had? This was a chance to try out the system in it’s final form without having to worry about missing a reward.

From the previous state that we got to experience, we being the collective whoever downloaded the demo, not much has changed. This is probably a good thing as it means that they didn’t have much to fix in order to give us one final look. The system has stuck with the idea of familiarity over durability though it did feel like the speed in which William became familiar with a weapon slowed down a bit. If it really is the case, and I swear it felt slow to raise up a weapon in order to do more damage, it’ll make swapping weapons often more of a curse than a boon.

In the Beta, raising the familiarity allowed for a constant flow of switching out weapons for newer ones even if the total attack wasn’t that much higher because of how little effort was required for upgrading. Implementing a reduced speed made this more of a conscious decision as now you really had to decide as to whether or not it was worth changing a weapon for just a little bit more of an attack with how long it could take. 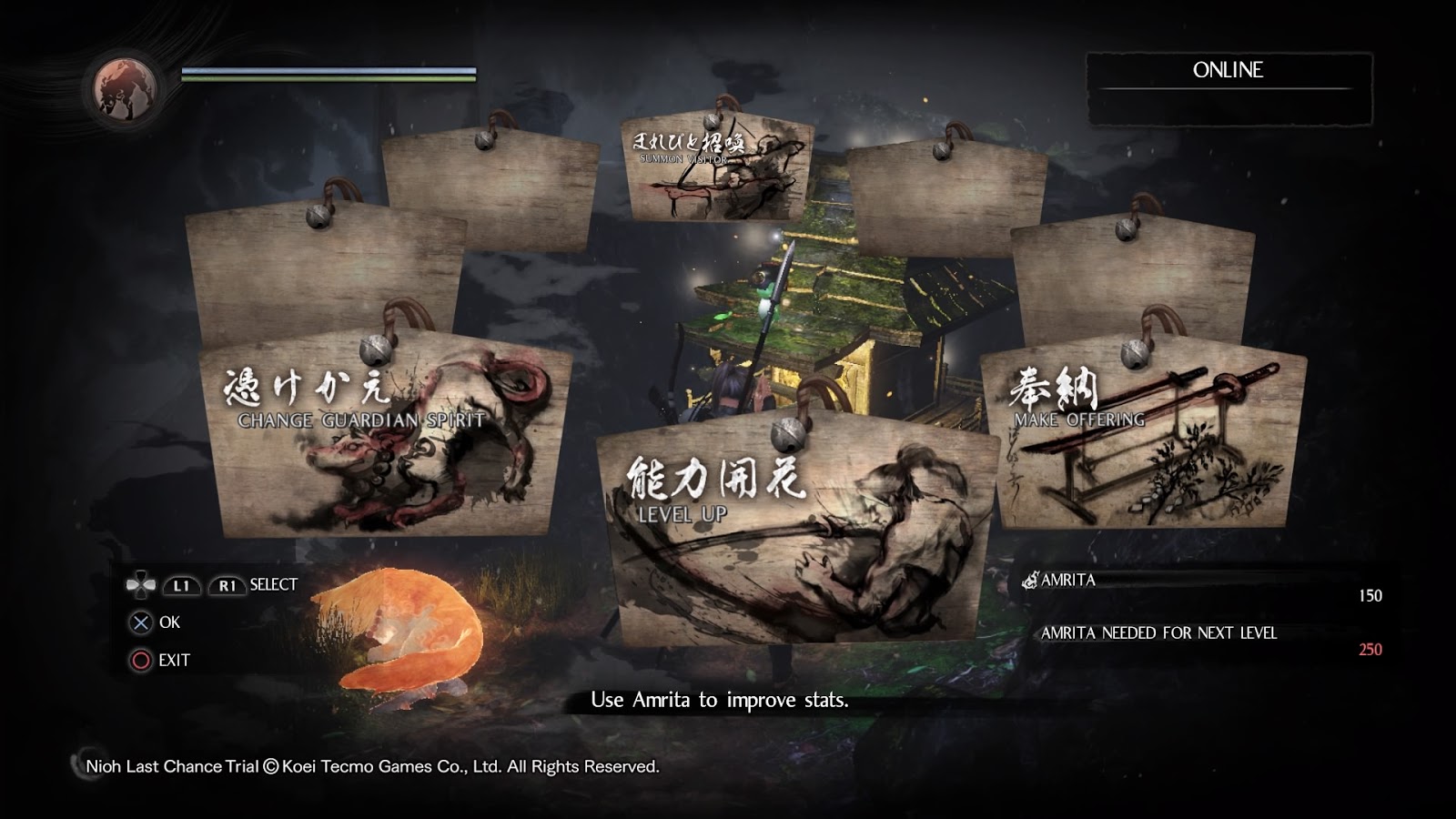 Now you had to decide whether or not it was a good idea when about to face off again a boss or a new and unknown situation. It raises the bar somewhat and makes you think about whether or not something is worth it. Sometimes just the bonuses from an item would make it so but the reduced attack in the meantime is something to work around. It makes you give it more than a passing thought.

One of the aspects of Last Chance that I appreciated was not having to start in the same location as the previous two demos. Instead players were treated to a new location, started off with access to both bows and rifles, and could then find the weapon that they wanted by defeating does if it wasn’t already in their inventory. That or replace it with a rarer one because those are generally better with extra bonuses.

Gameplay should be smooth on release if they stick to the work that they’ve done for the demos. I can’t comment for a PS4 Pro but the standard ran just fine. Well the standard running a 7200rpm 3.5″ 3TB HDD that isn’t the stock hard drive that a lot of users would be using. I mention this as it came up in conversation with another member when discussion performance issues on another title. Options have been added when starting up for visuals such as allowing to cap the Frames Per Second (FPS) or to simply clock them down to a static thirty. 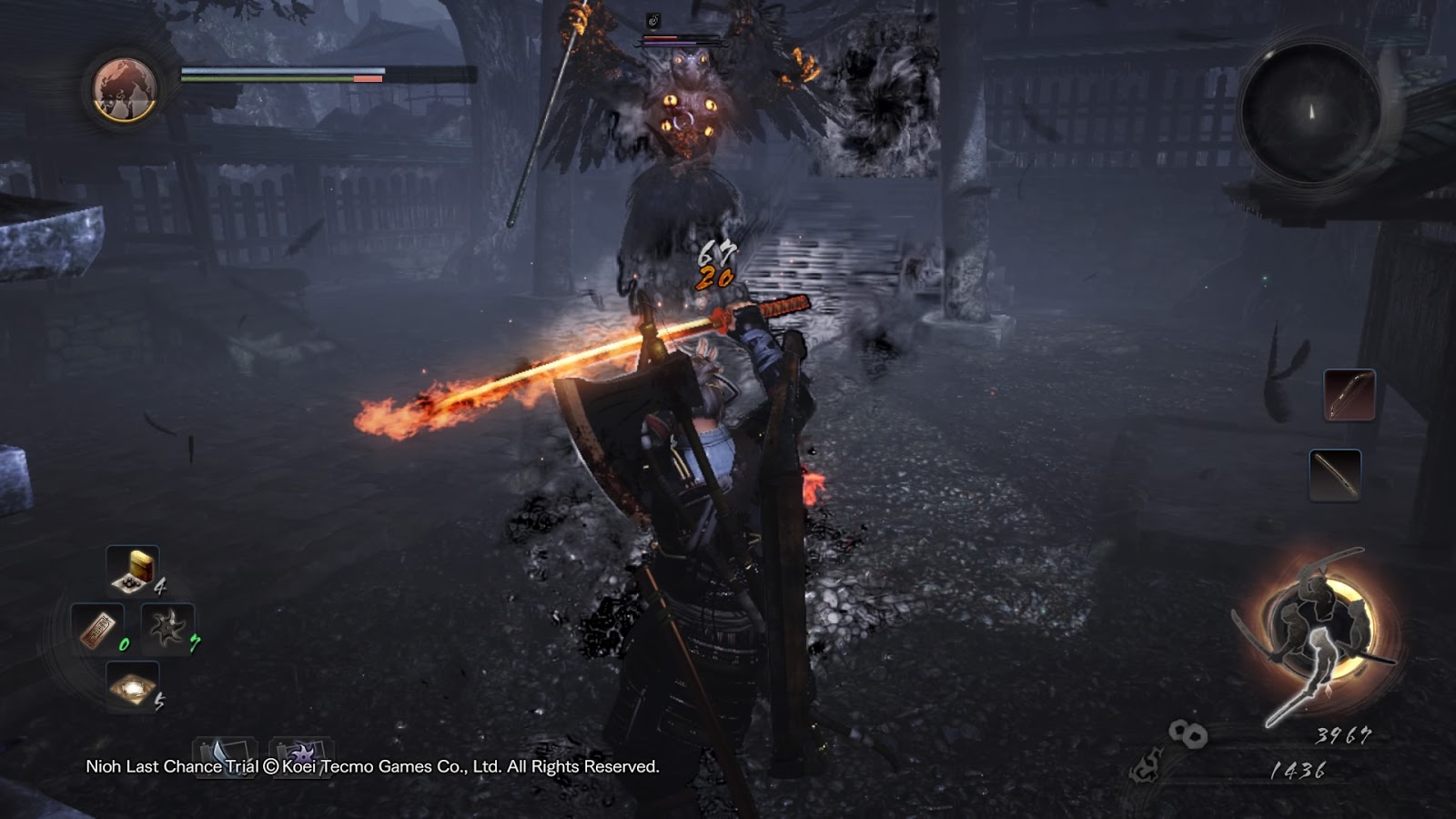 I’ve said it before, but from a quick look at Nioh and it could be considered nothing more than a Souls clone which is taking a Feudalistic Japanese approach instead of a Gothic Medieval one. To some even with the differences it may still feel like a clone because of the overall approach with a high learning curve and dying a lot while learning the ropes. To others? The system speaks for itself and Nioh has more than enough under the hood to stand on its own.

Players are put into the role of a European man named William who arrives on the Japanese shores in search of an enemy. William’s quest will be the thread that ties the reason for all of the gameplay together. Instead of having a seamless open world, William will explore various stages in order to find the clues to the one he hunts as well as help others in dispatching the demons that now infest a war torn Japan. We saw a little bit of this after the first stage of the Beta but for the most part the narrative elements have been kept under wraps instead showcasing the gameplay. This is a good thing as it means the spoilers, other than several stages and if they even stay that way, have been kept to a minimum for a fresh experience come launch day.

The core of the gameplay has not changed since the Alpha. The equipment that is used has for the better but the style in which you wish to approach combat with hasn’t. William, who is not only the protagonist but the one that you will be playing and not a custom avatar, can be wielded as you see fit not unlike Harkyn in Lords of the Fallen. Swords both single handed or dual wielded, axes, hammers, spears and several ranged weapons allow for different gameplay options before even considering William’s stance. 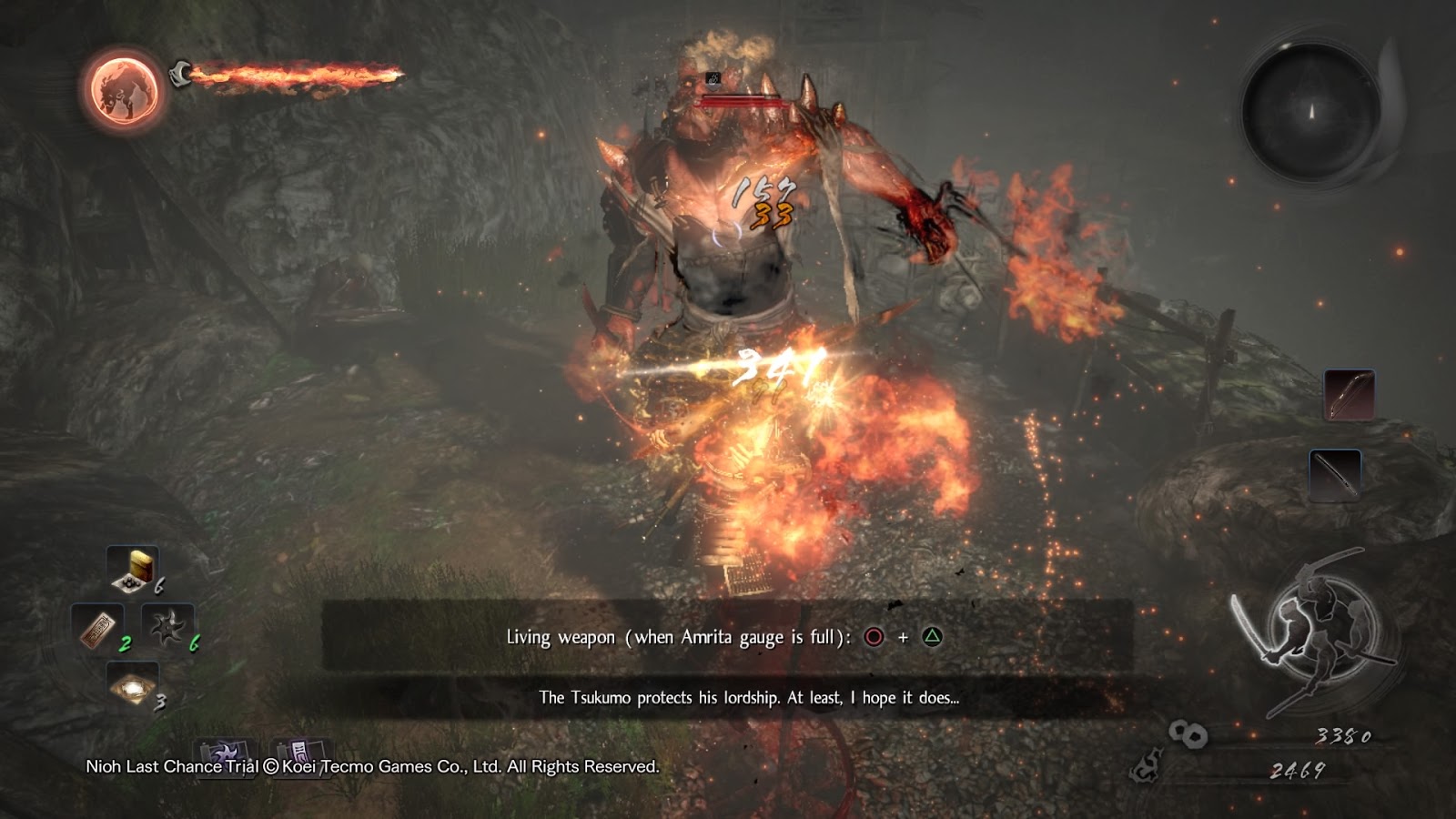 Stances add another layer to gameplay as both William and his foes have access to these. Well from what we’ve seen so far at least the Human ones. Each stance has both an advantage and a disadvantage over another in the Rock Papers Scissors category. The High Stance allows for more damage at the cost of higher stamina usage while the Low Stance allows for more attacks at the cost of attack power.

This leave the middle stance as the balance between the two and generally the most useful but that comes down to personal preference. Being able to switch between these stances is easy but learning to do it quickly and recognizing your enemies movements will take some time to get right. Having access to all of these, plus the weapon types, and adding in special moves that can be learnt with points? Combat is solid.

Because it does follow a portion of the direction of the Souls series that sees the idea of a 3D Metroidvania meeting a Roguelike, there will be some similarities. One of the biggest from the onset is that if you fall in battle you will lose all of your Amrita (Currency for leveling up) as it remains with your guardian where you fell. Not having changed since the original version, if you fall once you have a chance to picking up what was lost. Still not having changed and another reason that Nioh isn’t just a clone is that if you fall a second time you lose everything form both the first and the second since your guardian was not there to protect the second set of Amrita. 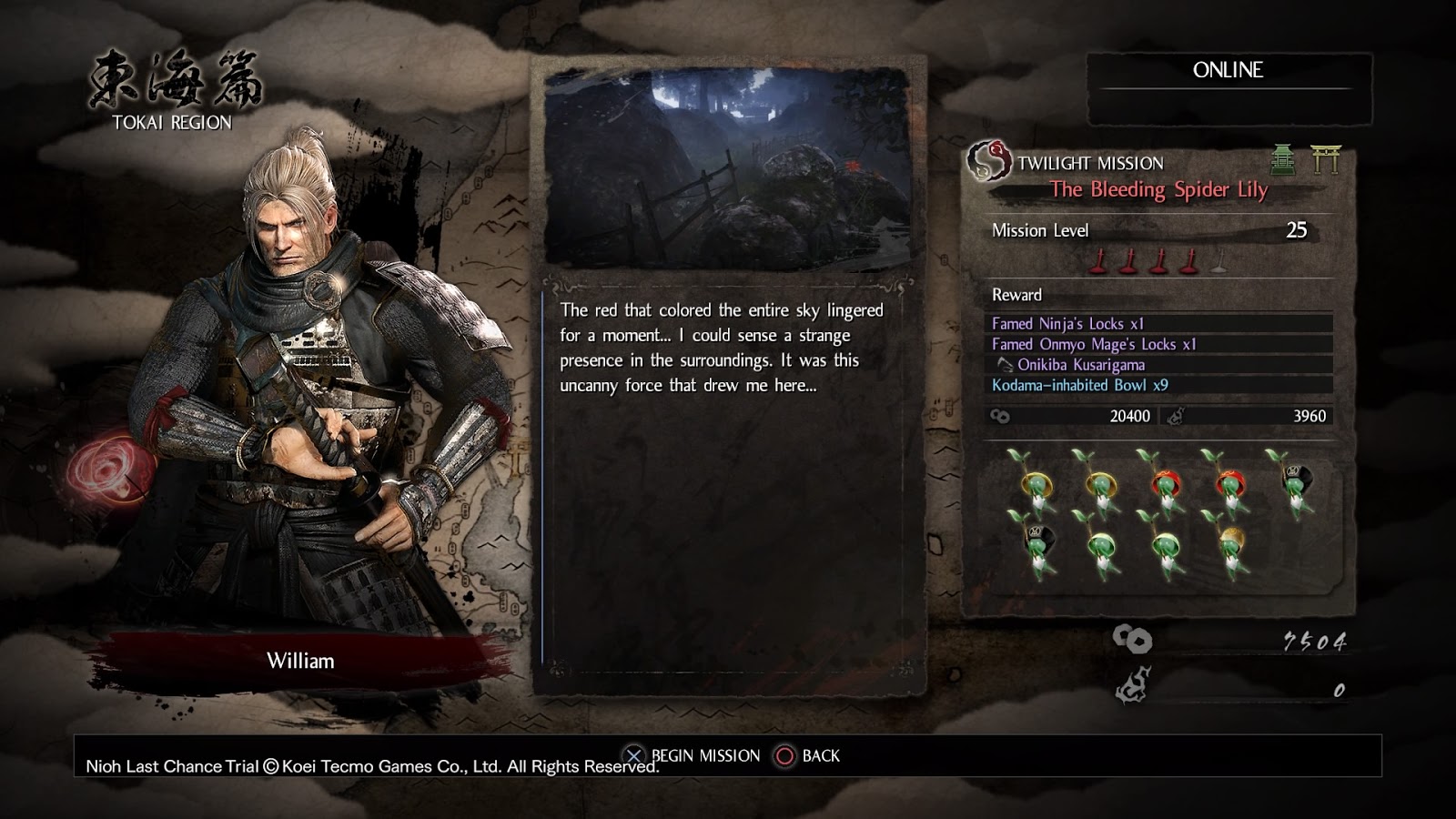 Furthermore, your guardian spirit does more than simply hold your Amrita. A little like Tecmo KOEI’s Warrior series, as you hit enemies a gauge fills up that essentially allows for a power boost and guardian attack to be performed. Essentially performing a Musou attack, William sends his guardian forward hitting the enemy and then can hit enemies with increased power for a limited amount of time. During this time William is also immune from damage as any hit will decrease his powered up state instead. Keep in mind that this gauge can only be filled while William has his spirit on hand.

If things hold up as well as they were displayed through this Last Chance, Nioh has the possibility to be more than just a “clone” and instead be something amazing. We’ll know for sure next week when it finally releases! 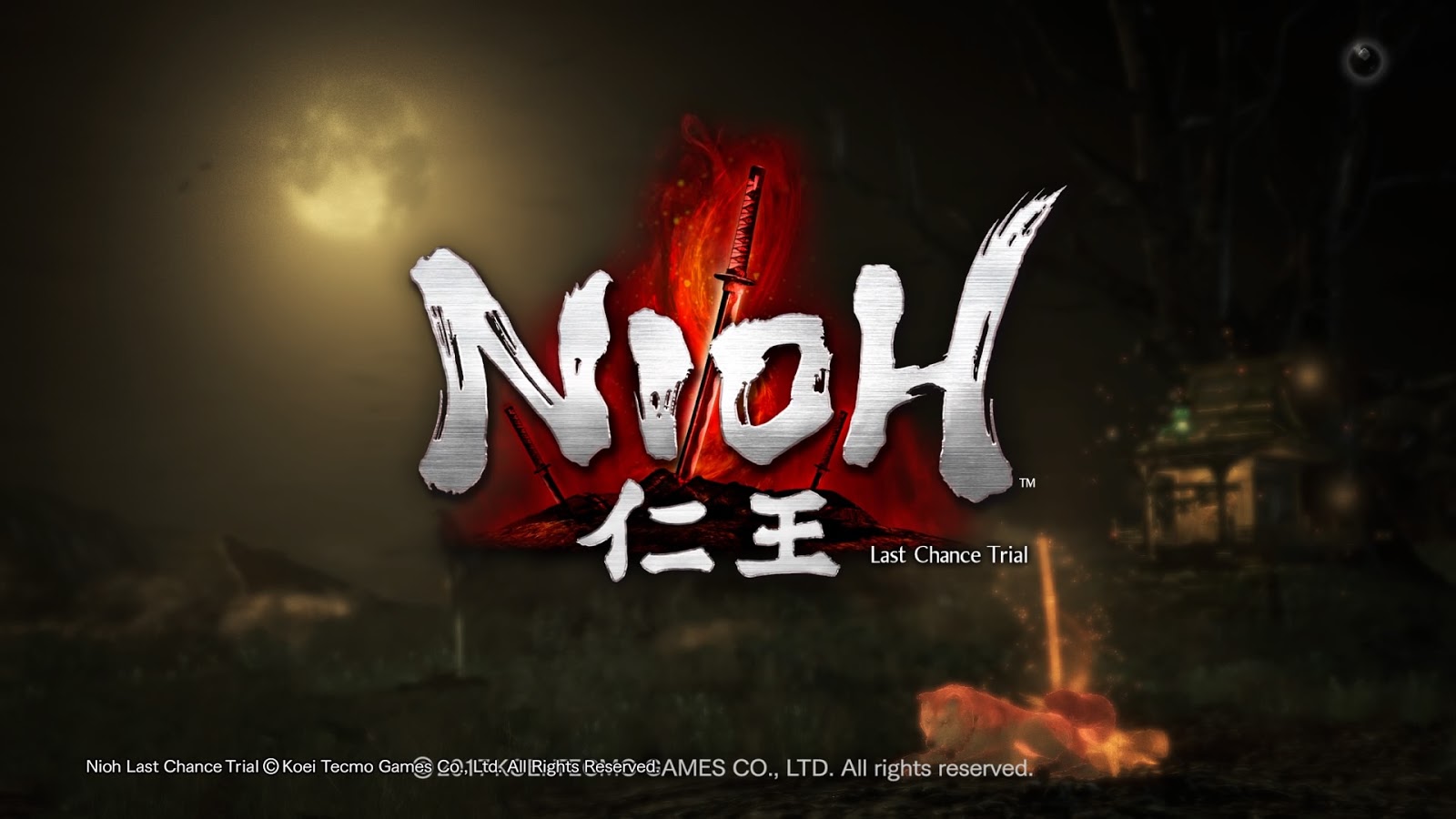