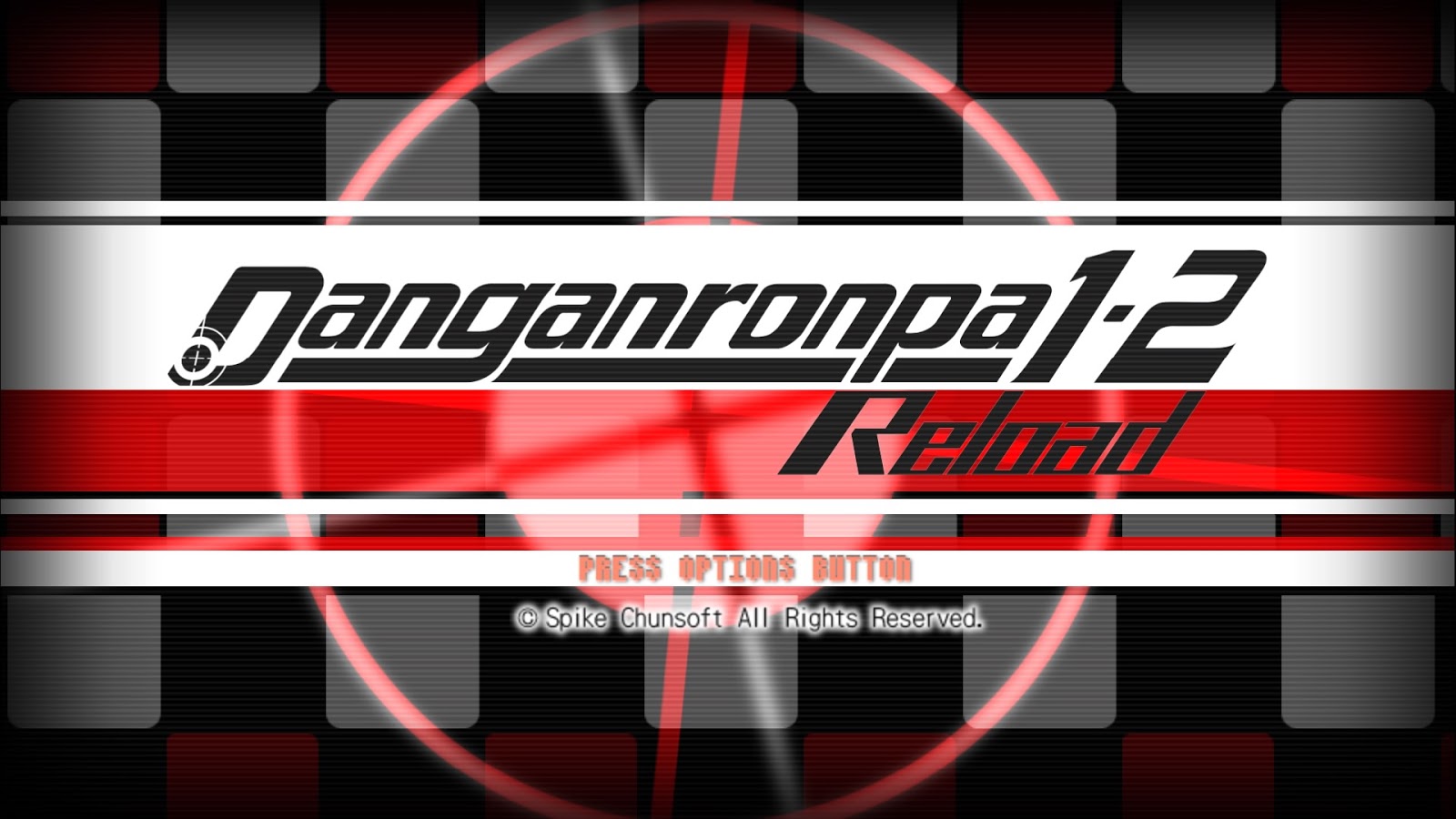 Diiiing doooon… diiiing doooon… Good morning, you guys! It is now 7:00 A.M.! Rise and shiiine! These words I never thought could be so horrifying. Trapped in a fully equipped and locked off from the rest of the world high school, fifteen students are presented with two options. Live in harmony together for the rest of their lives or kill someone, get away with it, and be allowed to leave. The catch? If the student who murders another gets away with it and is granted their freedom, everyone else dies.

I’ll start off that Danganronpa 1.2 Reload has probably been one of the more traumatizing experiences that I’ve had in a long while. While a lot of people will be coming back to this either from the original release on the PlayStation Vita or the ported PC version, this, in its entirety, has been my first playthrough. This goes as much for D1 as it does D2 and other than the crazy not panda colored bear as he’s quite literally split down the middle in Black and White, I knew nothing of anything. Feeling a bit like John Snow, I had to piece things together and at times be horrified as said things could go from bad to worse on said bear’s, Monokuma’s, will. 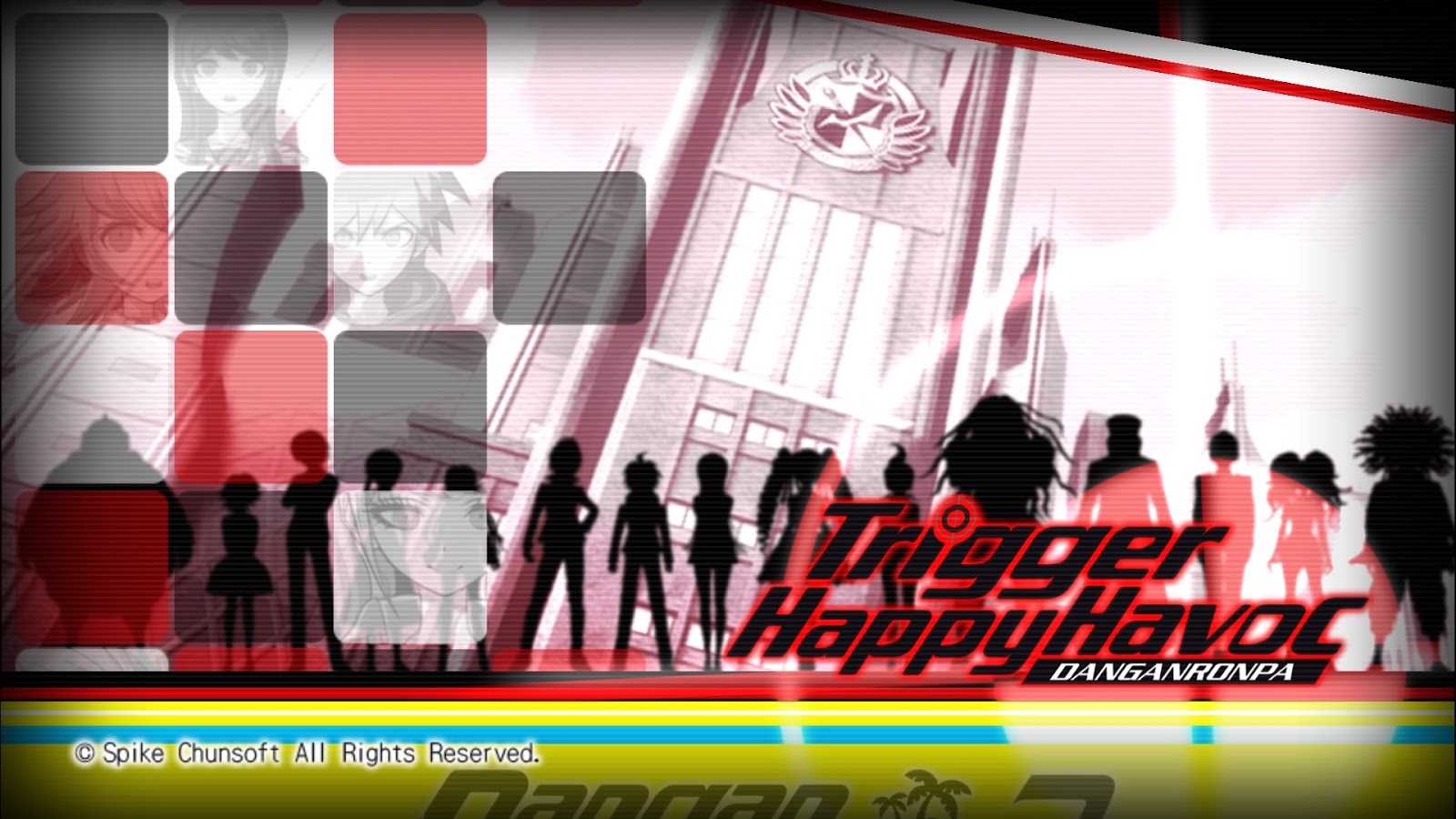 Fifteen different people. Fifteen different personalities. Fifteen different tempers just waiting to go off with the right push or motivation. Not one to sit around, this is exactly what Monokuma does. He gives them a reason to either prove that they are better than he thinks they are or simply give into the motivation and possibility escape at the cost of everyone else’s lives. Needless to say that it doesn’t take long for this crazy bear to be proven right and then the clock starts ticking. What kind of evidence can be found about “whodunit” and even with that evidence, can you prove it was them?

Danganronpa is a blend of a visual novel mixed in with a point and click. There’s a lot, and I mean a LOT of dialog, so it wasn’t unnatural to sit for ten to fifteen minutes at a time (minimum) either reading or listening to the voice overs. The writing however, even with the “whodunit” murdered corpses of your fellow students and sometimes close friends, was amazing. This has to be one of the best things that I’ve read in a long while as I didn’t even bother to read a real book while going through this. We can’t always just play through games and so I do read a lot to compensate but the level of writing, the interesting nature of each character, the sheer insanity at times of Monokuma, all of this made for one hell of a read which may be about the only issue that I had. My Kobo meanwhile collected some dust in the meantime.

Before getting into pointing fingers. Before getting into who did what and why. My biggest issue is that with everything that is on the line, with how high the stakes are, there’s no way to lose. In that regard, Danganronpa is a Visual Novel with a straight path that can’t be missed. Nothing will advance until after you’ve had the time to find everything that you need to. Once you do the ball starts to roll again but I would have figured that with the original concept that could have almost come out to a battle royal, there would have been more than one way to end this. I tried. 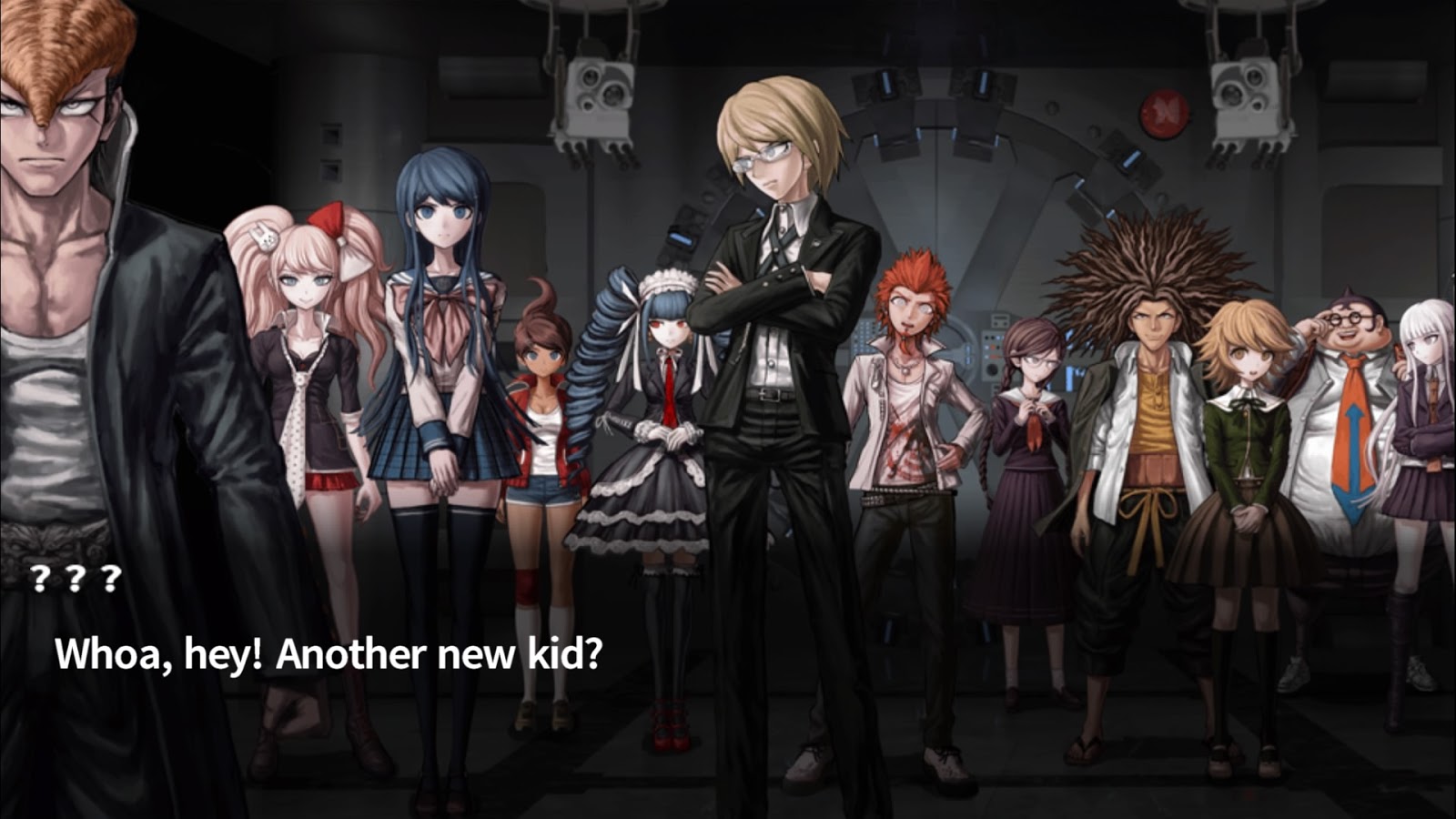 Starting off with fifteen students, the atmosphere is tense because everyone knows the rule. You want out? You murder someone. This is thankfully never a choice for you as they sit you into the passenger seat with a view of the events only after they happened. Some of these were brutal to see and I’ll be honest. I set the controller down once or twice because I needed a second to look away as I wondered how someone could have done something the way that they did. On that level? Spike Chunsoft are pretty good at making a murder mystery. In some cases, even I wish they hadn’t been that graphic as they weren’t “over the top” compared to a lot of other series*. Instead they were quite plausible making the whole thing a tad bit much at times. That said, it means that they reached the goal that they set out to do.

Like the students inside of the school, Danganronpa is also good at taking things away from you as well. The tense atmosphere that is created slowly dissipates over time and with it both the cast, and you, will finally start to relax a bit as you think to yourself “Good, they are above this”. WRONG. Just when things have mellowed out that’s when it hits for maximum efficiency. EVERY TIME. They’ve done it and they’ve done it well. More than well really but I swear I’m still mildly scarred from some of those deaths.

Not everyone is the same. Some people may not even feel like it does anything while others may turn it off after the first murder because they cannot handle it. That is a person by person basis. The point that I want to make with not everyone is the same and not everyone will be attached to the same characters. Unfortunately for me, some of those that I liked the most were on the fast train and didn’t make the credits. 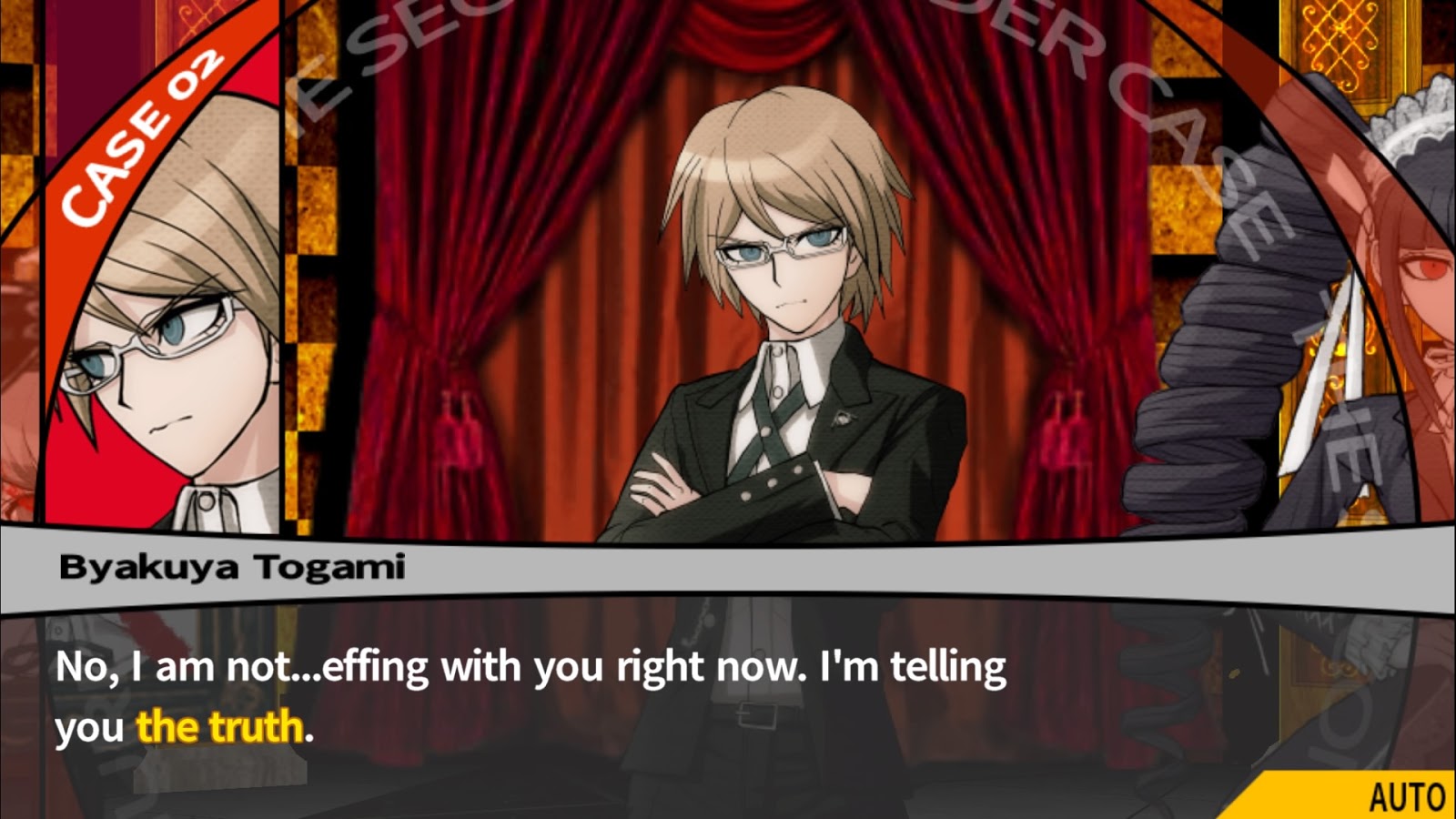 I don’t want to give any spoilers just in case that if you were like me, and haven’t sat down to this yet, you won’t know “who’s” on their way out. What I can go into is how interesting things get once someone is murdered though. Once you can get past the horrors placed in front of you Danganronpa switches it up from being a school life simulator over to a murder investigation point and click. Investigating where someone died is just as important as talking to everyone else that remained either to find discrepancies in their stories, look for clues such as blood tracks or splatters on the wall or find that something isn’t where you had originally seen it. All of these little facts get placed into what are known as Truth Bullets and you’re about to need them for the Class Trial.

Class Trials, which even at the beginning will take up the bulk of your experience, will only get longer as the time allowed to investigate gets shorter. It’s not a bad trade off as there’s much more dialog and “sense of purpose” when in the trial than wandering down the halls for the xth time wondering what you missed in order to move on. Was it one person? Was it two people with one helping another out? Or was it two separate people and one decided to have fun with what they found another another fled the scene? All of these come together in the Class Trial and you’ll need both your Truth Bullets and some creative thinking at times to get it all right.

Once the trial starts there’s no stopping this train. Stopping to save because you need to go somewhere? Not going to happen. Just hope that your rest mode doesn’t screw you over as by the end these can at least easily take up to an hour depending on how fast you put your answers together. What impressed me the most about the trials is that it never got stale and kept introducing newer elements to spice up the ones already present from the first. Also a nice touch is that they don’t bore you if it’s not your first time as there’s an option to skip right into it. For me though? I was glad for the briefing. 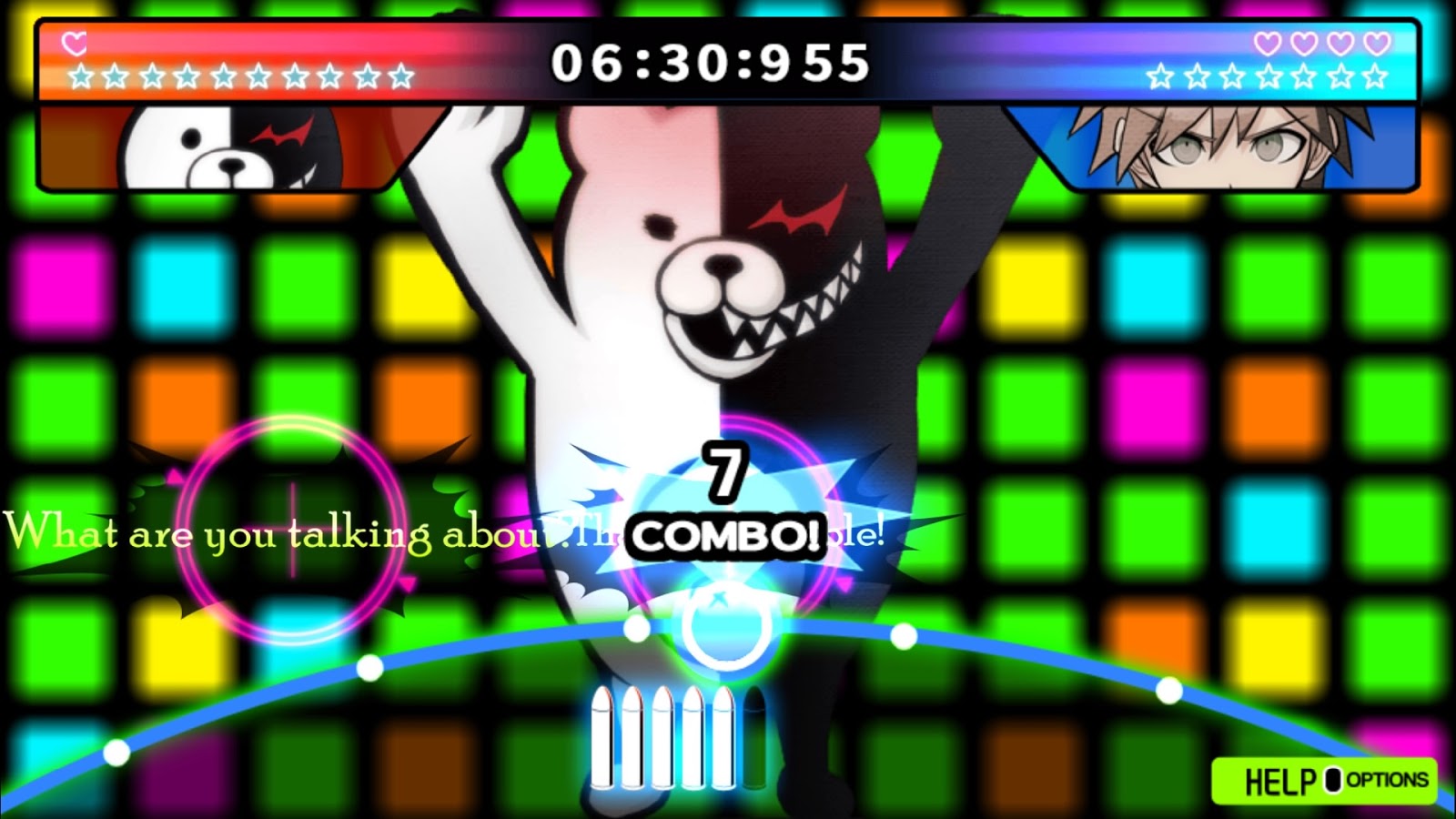 These trials are simple enough in their concept. Arguments are made between all the remaining students, fingers are pointed and all depending there will be highlighted text that scrolls or flies on by. This text is what you can use your Truth Bullets on in order to disagree with what is being said as you have evidence to the contrary. Will you always be right? Hell no. If you get it wrong you lose credibility that comes in a visual representation of hearts. If you lose all your hearts? Game Over, but not Game Over like you would think. Instead, at least on the medium difficulty, you have a chance to try again from the last checkpoint in the trial. This plus there being no real way to lose, like I said before, is the only disappointment even if I’m going to be scarred for a little while.

That’s not all a trial is though. Sometimes someone is so stubborn that you need to reinforce how wrong they are. This comes in the form of a rhythm game where on each beat you can select their statements and on the next blow them up. This is a their credibility versus yours affair so taking too long will also result in you “losing”. Side to that sometimes you need to come up with your own idea which is a fill in the blanks before going back to the standard trial practice of picking out statements that don’t make sense with text scrolling across.

Things do get harder as each case makes its appearance. Extra text that requires to be blasted out of the way can mess up what you were trying to counter argue. Sometimes you don’t have the actual Truth Bullets requires and because of this you need to “absorb” some of the highlighted text flying by in order to use that as your counter argument. It’s actually kind of fun, fast paced and has a good music track to push things along. 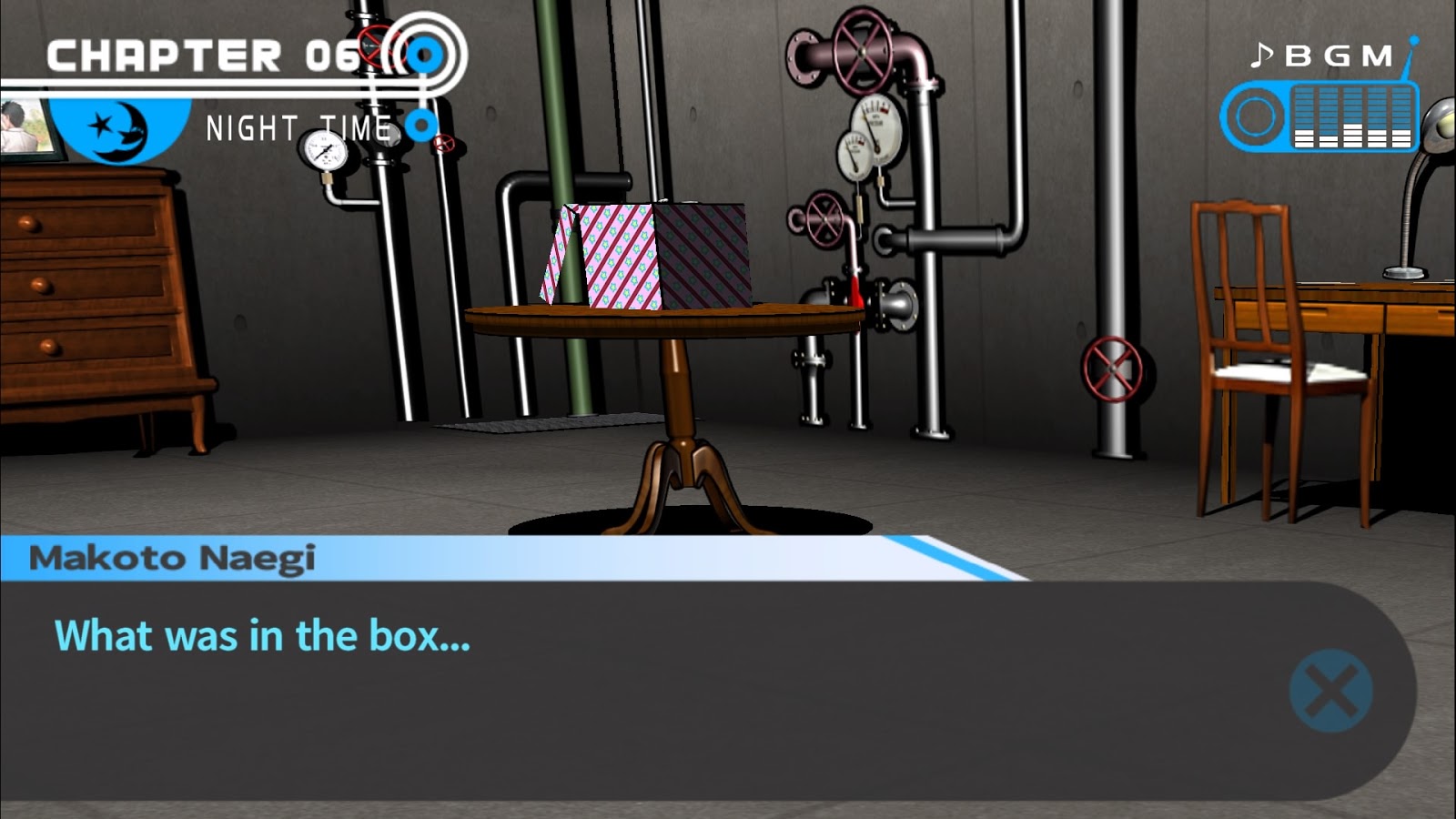 Finally once it’s all said and done, it’s time for the closing argument. This is a comic book styled fill in the blanks in order to show exactly what happened from start to finish to prove, without a doubt, who the culprit is. Once it’s done, once it’s over, it’s time to be horrified all over again as the murderer, known as the Blackened, is executed horribly by Monokuma in a “special manner” designed for exactly that person. This means that not only did you have to see the corpse of a friend, but you get to see a whole new one of someone else that could have been your friend because they chose to kill another.

Like anything, there does come a point where you become a bit desensitized to what you’re experiencing as the last ones, both murders and executions, while just as bad as the first aren’t as shocking. By that point you’ve been there, you’ve done that and that boat has sailed. So and instead of putting down the controller for a few seconds, the detective hat comes on as it’s time to do it all over again.

What? No conclusion? Nope! Come back tonight at 10pm for Part 2. They did come together after all! 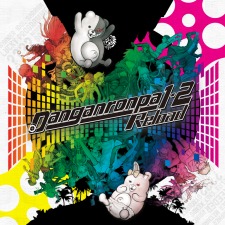 *Even Mortal Kombat or the newest Doom couldn’t make me feel sick to see
what they’ve pulled off because they were so over the top on purpose.