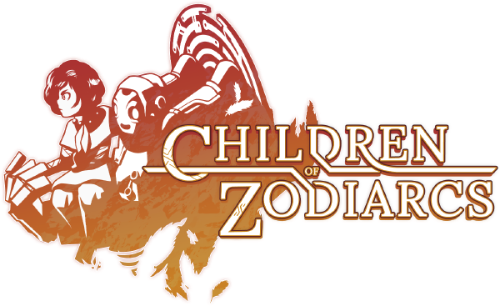 CHILDREN OF ZODIARCS has been something on my personal radar since it hit Kickstarter. Many of us here at CGR are fans of Strategy RPGs and the fact that this looks like the Final Fantasy Tactics Sequel that we never got? It’s only made better since Square’s Collective picked it up!

Want to know more about it? Here’s the Press Release!

Developed by small team of AAA veterans with a huge passion for board games and collectible card games, Children of Zodiarcs is a return to classic single player Tactical RPGs from the era of the first PlayStation®. Layered on top of grid-based combat arenas, deck building and dice crafting gameplay mechanics combine strategy with controlled risk to build tension, anticipation and excitement. Having raised five times their Kickstarter goal in a highly successful crowdfunding at the start of 2016, Cardboard Utopia is partnering with Square Enix Collective to release Children of Zodiarcs on PlayStation 4, PC and Mac later in 2017.

“What we’re creating at Cardboard Utopia is a game crafted with love and care to recapture the spirit of the Tactical RPGs of our youth; the same kind of games Square Enix has been publishing for decades”, said Jason Kim, Creative Director at Cardboard Utopia. “For us, we could not have found a more fitting partner than Square Enix Collective to help us bring Children of Zodiarcs to market”.

“The addition of the wonderful Children of Zodiarcs to Square Enix Collective is a huge boost to our campaign of delivering a fantastic line-up of varied and quality titles to gamers through 2017 and beyond”, said Phil Elliott, Director of Community & Indie Development at Square Enix London. “We’re proud the highly experienced team from Cardboard Utopia chose to partner with Square Enix Collective”.

Game Designer Axel Baldoni is excited to demo the game at PAX East this March: “It’s been a while since a good, original IP Tactical RPG has been released. Children of Zodiarcs has everything we love about the genre and then some: we’ve paired an original, fun and dramatic story with a combination of tactics, cards and dice to enhance the traditional strategic gameplay in a way gamers haven’t experienced before. We’re sure visitors to the PAX East booth will be glued to the controller!”.

Gamers will be able to have hands-on with Children of Zodiarcs, plus speak with three members of the development team, at booth 16114, PAX East in Boston running 10-12 March.