I’m no stranger to reviewing games and software, but to review a software that distributes games? I wasn’t quite sure what to think of that as first but it didn’t take long to get comfortable with it. Utomik has an interesting approach to the idea as unlike Steam where you simply buy your title and that’s the end of it, Utomik works more like a Netflix / CrunchyRoll / Funimation sort of deal in which for a monthly fee in which you can play whatever is currently in their library. With titles old and new under the hood? I was impressed.

I’ll start off with the fact that Utomik is still fairly new and currently in open beta. As as such there are a few areas which could be improved through feedback but the overall experience is a pleasant one. The interface that you get to log into once your account is all set up and ready to go is smooth and loads the content fairly quickly. Where things can be a bit “iffy” is that when hovering over a title and clicking it, currently at the point of this writing, nothing will happen. You can choose to either play which is an obvious choice or rate it. What is less obvious is in the upper right corner there’s an option to view more information upon the title.

Clicking for more information will bring you to the game’s page in which you can still chose the option to “play”, “rate” or you can read up on the provided information and watch a provided trailer. Furthermore, near the top under the title there’s an option to view the system requirements. It would be nice to see the addition of the CPU Speed and Ram required instead of simply the Operating System, Disk Space, and the Architecture (32/64-bit). 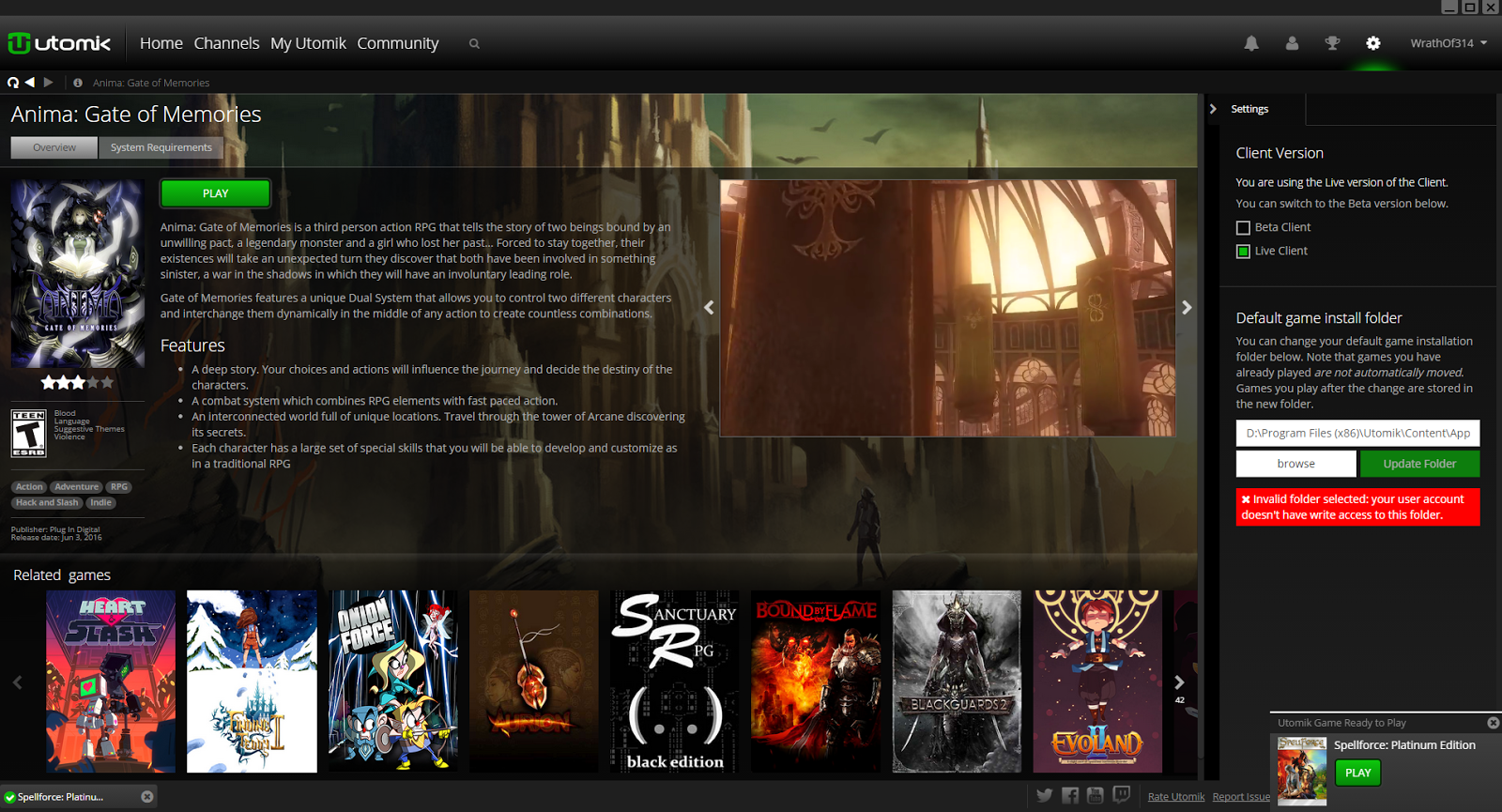 Now I made the reference to Netflix earlier in regards to the monthly plans but Utomik is not a streaming service. Instead, after you’ve browsed and found what you’ve wanted, you can then hit “Play” and Utomik will start to download the game to your Harddrive and most of the time you can play within a few minutes for the larger ones. The smaller ones? Seconds. The rest downloads afterwards but they download enough of the game in order to start playing faster.

I personally don’t need to worry about my Bandwidth caps at the end of the month but a lot of people do and that’s something I kept in mind while exploring what Utomik has to offer. Thankfully a person will know exactly how much data will be used as the System Requirements page tells you how big the game is. Where things can possibly get a bit heavy is that the trailers auto-play and there’s currently no option to prevent it.

As for the games however, Utomik currently has titles such as: 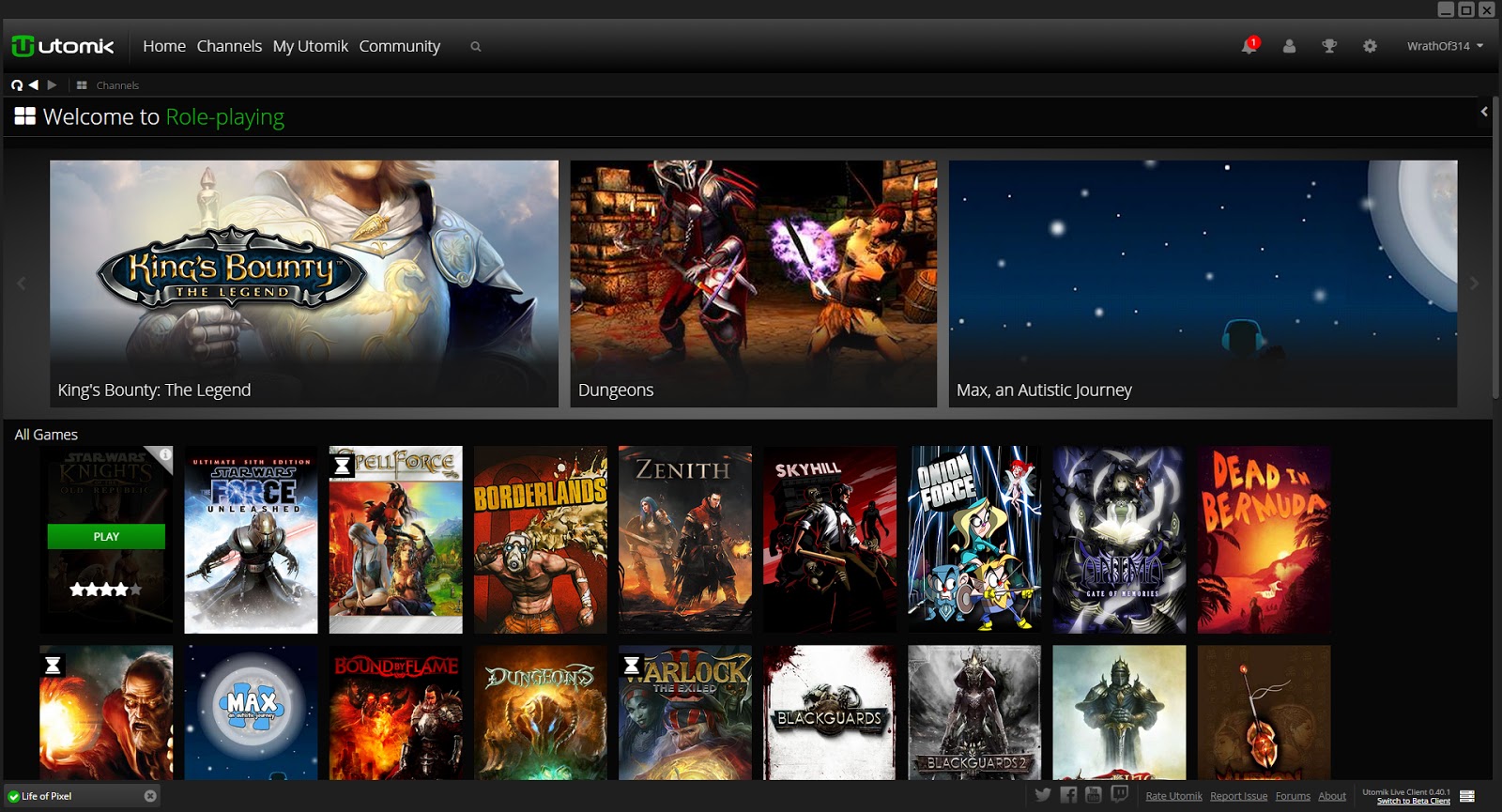 and much much more. At the time of this writing there are still other Star Wars titles coming such as Lego Star Wars 2, Force Unleashed 2 and Knights of the Old Republic 2. Yes I went with a theme on that one but Utomik has partnered with Disney so for Star Wars so there could be a lot more. They’ve even partnered with TellTale (Press Page with both articles) so if you’ve been holding on to playing some of their awesome series this could be a way to do it. The library will continue to increase and it’s nice to see big names behind it.

So far things have been going pretty well and there will be a few upcoming reviews from the Utomik service such as Aurion: Legacy of the Kori-Odan, A Blind Legend and Life of a Pixel. These are just a few titles that I figured would be interesting to approach from a reviewing perspective but I’ve also got the likes of Evoland, Evoland 2, Lone Wolf, Dark Forces, Spellforce and Zenith loaded to see how some of them play from the PC and to see how smooth they run through this service. Some of these I’ve either already reviewed on another platform or another site while others I figure now is a good time while I get to experience what Utomik has to offer. All in all it’s a good service and it’ll be interesting to see what else comes out in the next little while. 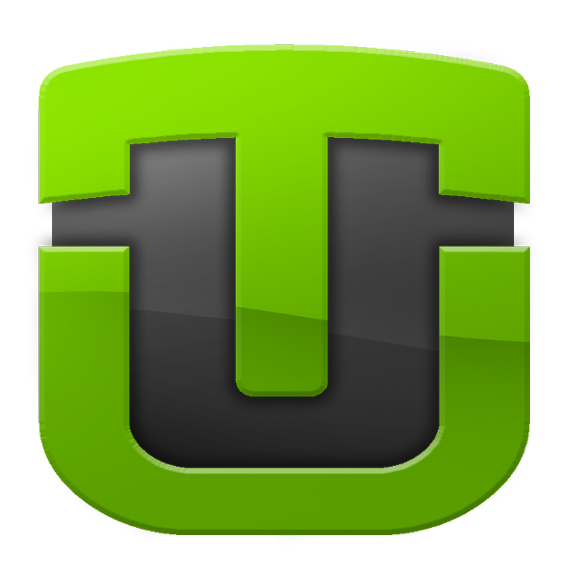