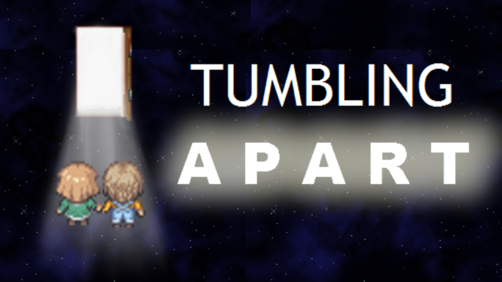 One look at my last year’s Game of the Year entries and it’ll come as no surprise that I can highly favor an Indie developed experience over a AAA one. Not that I’m not a fan of AAAs, just that they can lack the same love and care that can come from smaller groups. Tumbling Apart even with a twenty minute demo that is currently available, is both an example of this and stands a good chance to meet my next GotY list. The only thing is, Goodnamehere, you owe me a Kleenex box.

We’ve all lost someone that we truly care for in our lives. Mothers, Fathers, Brothers, Sisters, Friends, Lovers, Cats, Dogs. Those that we hold close. Those that can comfort us when we feel like crap or when we’ve had a bad day. Even as close as hold onto them sometimes we have regrets. What if I hadn’t said this, what if I hadn’t done that, what if I had said or done that? That’s what Tumbling Apart’s main focus is. Following a man named Isaac, you experience a glimpse into his life during his sister’s last moments.

Tumbling Apart isn’t a super flashy high detailed graphic performance. In effect, it’s being developed with an RPG Maker system and assets. The writing that goes with it? The atmosphere that they’ve set up? They don’t need the super fancy graphics and what Goodnamehere have started more than hits the mark. 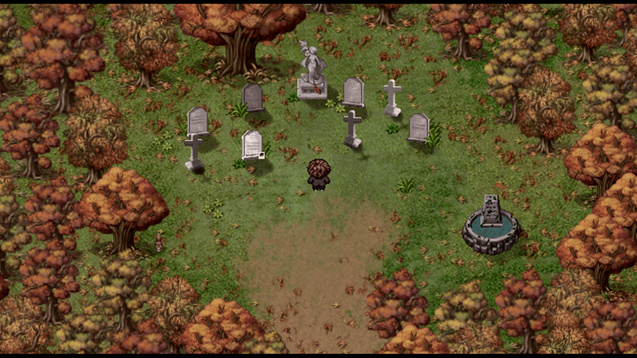 This is based off of just twenty of the first minutes of an in development RPG. There’s still much more to come with modifications to the demo as well as its eventual release. Even with that being said. I cried. I cried hard as Isaac’s sister McKenna’s death hit very hard and very close to home. While I can’t relate on the “how it got to that point” with something tragic having occurred a few years prior, I can relate on the loss. Even if it was three years ago often times it still feels like yesterday.

After McKenna passes, after the funeral procession comes to an end, you are put back into control of Isaac. Now I’m honestly not sure if it was due to an un-optimization or if it was done purposely, but if it wasn’t on purpose, it should be. Each step that he takes “lags”. The environment only moves as he does. Each painstaking step he takes reinforces that hollow feeling that descends “once it’s all done”. Everyone else seemingly moves on with their lives and you are left wondering. Why.

“let me know if you need anything”

Some say it and mean it. Some say it because it’s the custom. In either case, they aren’t sitting in your shoes nor are they sitting in Isaac’s shoes. Those that have are easier to relate to than those that haven’t but if you’ve been there, you know exactly how it feels. The sorrow as this man walks through the graveyard is thick and easy to feel as he slowly takes step after step. It’s easy with the setup to relate to, possibly more so for me because of the past few years, but it’s easy as it is anything but rushed. There’s time taken for each piece to settle in before moving to the next and if you’ve looked around a little bit? You know it hasn’t been easy. 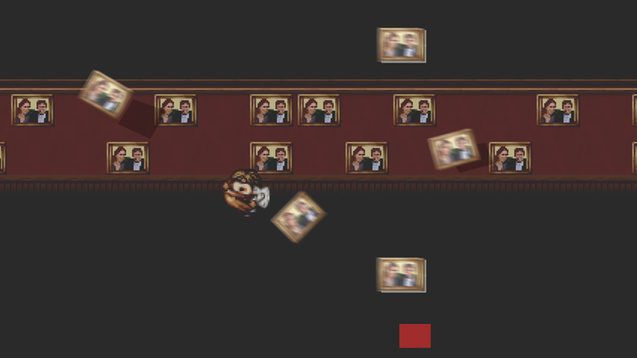 Tumbling Apart has some smaller details that can be overlooked but to find them? Makes things heavier as it shows just how rough the past few years have been for Isaac. Medical bills, pile of burning cigarettes, declaring that he’ll start drinking less… whiskey at any rate. Locked drawers that don’t matter since people don’t visit anymore to keep medication away from kids. What was so bad that lead this brother and sister to this point?

That’s to find out.

In twenty minutes I went through a roller coaster of emotions that only scratch what looks to be the surface of Tumbling Apart. I’m already hooked though and I still don’t know what’s under the hood. Tumbling Apart is supposed to be an RPG and those elements are not part of the given taste keeping some mystery to the whole affair. Will it be an RPG in the dialog sense of the word? Will be it an RPG with some combat against particular feelings and emotions? I honestly can’t wait to find out. Above all else, Tumbling Apart is further proof that you don’t need a high graphics budget in order to tell an amazing, and in this case sorrowful, tale.

Tumbling Apart by Goodnamehere is currently aiming for its Greenlight on steam. You can check out their Facebook Page or their Website for more information. 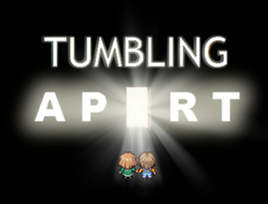