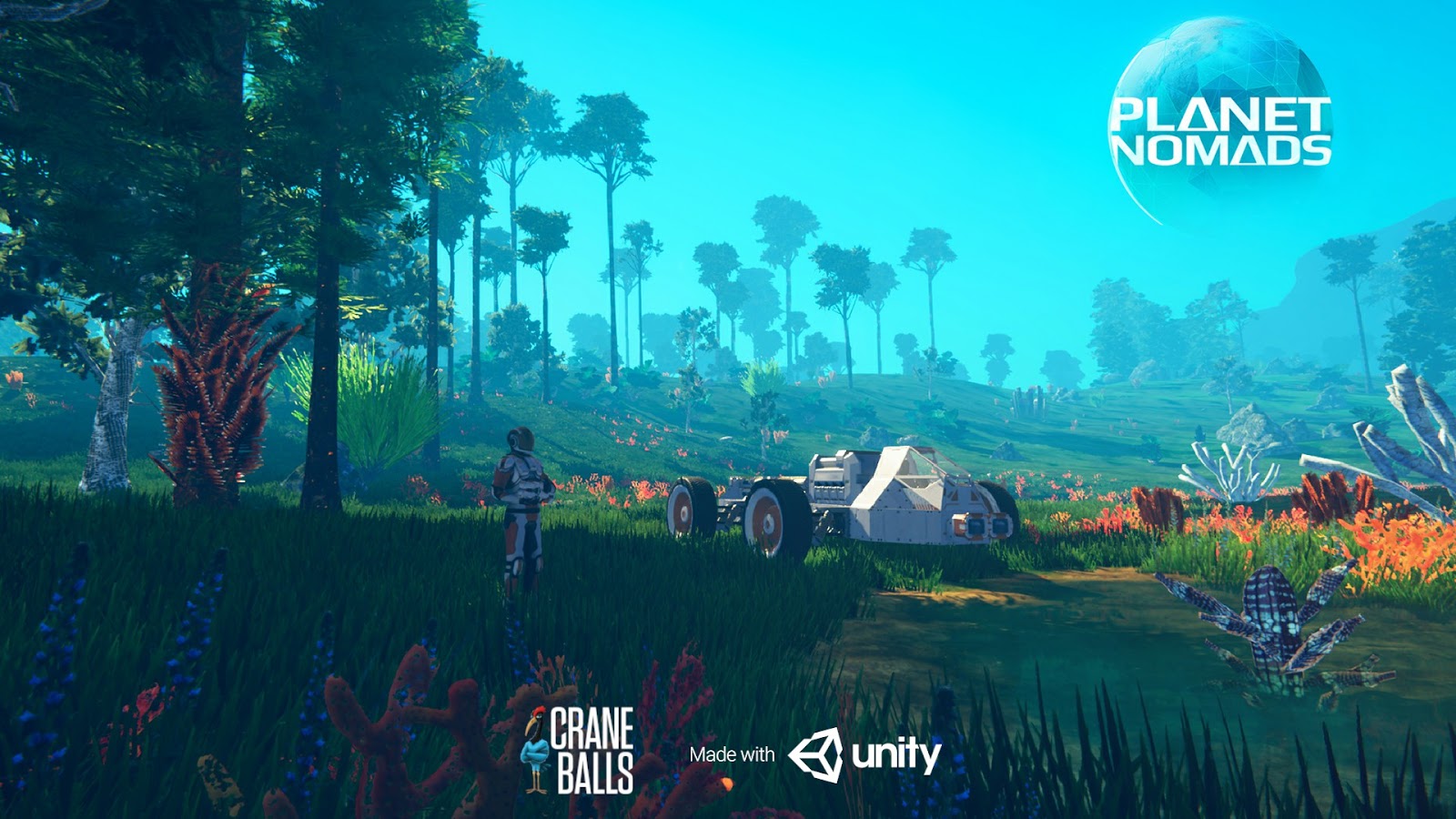 Note to self that if I ever, ever, get on a spaceship? I should stay away from the escape pods. Why? Because in this title I find myself  once again crash landing on a planet’s surface. Planet Nomads is exactly what I had expected out of Lacuna Passage, with a variety of indigenous beings and plenty of things to toy with as I attempt to survive.

Planet Nomads was a coin toss of who would be bringing this Early Accessed Sandbox experience to you. As Breanna was busy farming with the newest Farming Simulator, I jumped on the chance while she wasn’t looking. Would she have been a better choice? I would say most likely as she lives and breathes these styles of experiences. Having watched her play Ark for long hours at a time (past what I myself have done) I drew in some similarities between this sandboxed world and that one. The biggest difference would be that you won’t be taming Dinos around here yet the wildlife will kill you all the same if you’re not careful enough.

Planet Nomads is still very much in Early Access though the stability is more than enough to take it for a ride. Leaving your pod for the first time you are provided with food pills, clean water and medical supplies. These won’t last long but they are a start and that is much better than nothing. As of yet oxygen is not a survival factor but it could come along if the developers wished it to. Does it need it? I would say no as you already have enough details to worry about. It could be a difficulty upgrade but the base experience doesn’t need it as a core factor. 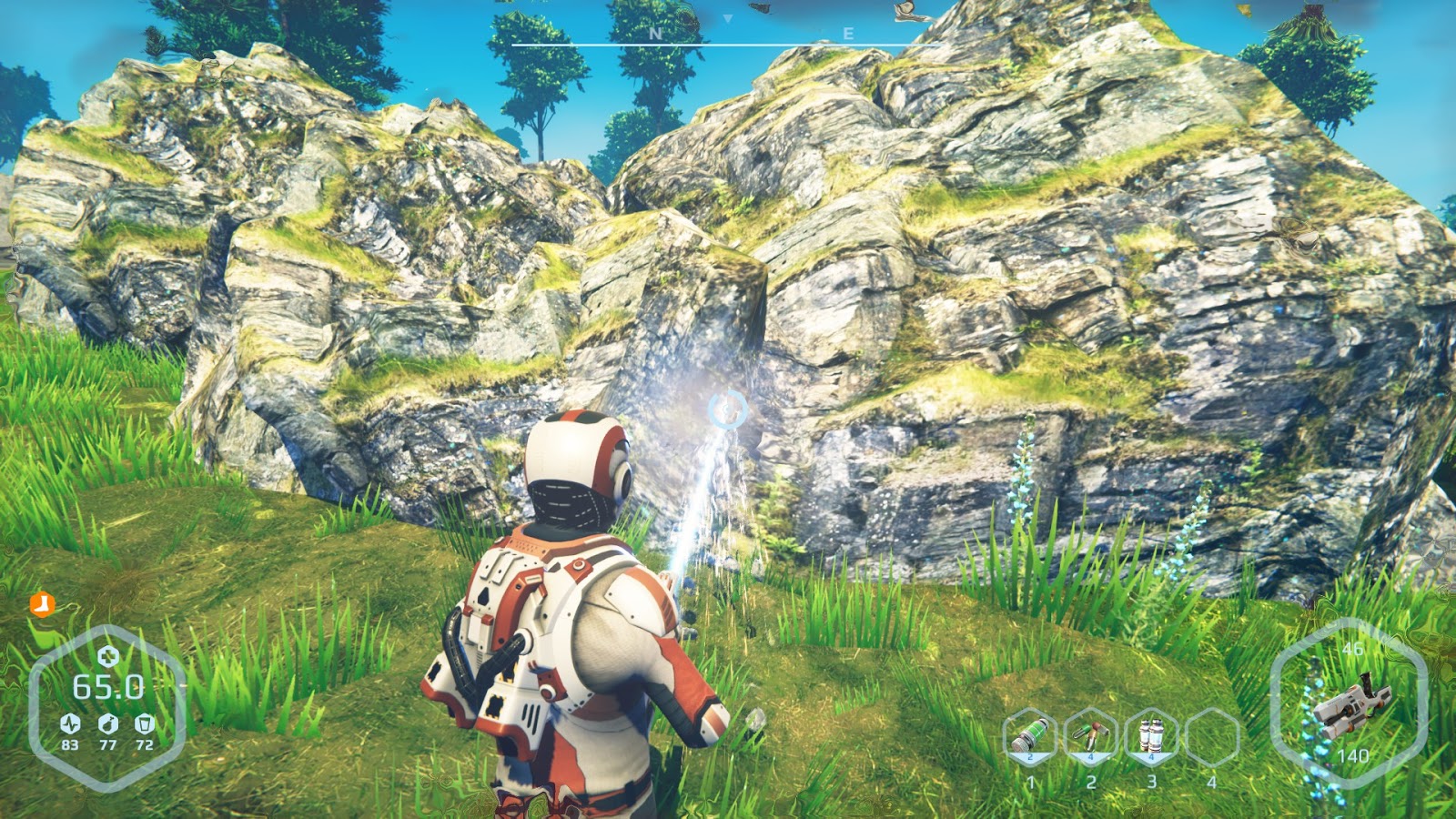 Along with your supplies you are given a multi tool that will be the focus of your entire survival. Pickaxes, shovels and hatchets are all a thing of the past. Being energy based, your tool is both your resource collector as well as your weapon. Loaded up with ammo and you can hold down the left-mouse to collect resources or hold down the right-mouse destroy whatever is in your way until the count drops to zero. Without the ammo? It goes through its charge and you have to wait for it to build back up. One way or the other you are never out of options!

While the concept of mining out these materials in simple sometimes the execution isn’t quite there. Destroy an entire boulder set and you could be looking at nothing more than a few pieces of metal or silicon for your efforts. The same can be said for tackling trees for carbon. Sometimes the size is in no correlation to the amount of resources received but a quick look through the forums and it’s an issue being worked on. Some patches it works great while others it doesn’t. It seems that so far I’m in the doesn’t part of the wave.

Once you do get some materials collected it’s time to get crafting. Crafting isn’t simply loading up the interface and saying craft nor is it building a table and taking care of the commands that way. Starting off with having to build a replicator, it will be processing the pieces that you need in order to build up the object that you wish to have constructed. Frames, electrical components and sidings are among the basics and will be needed in large quantities in order to get your first base up and running. 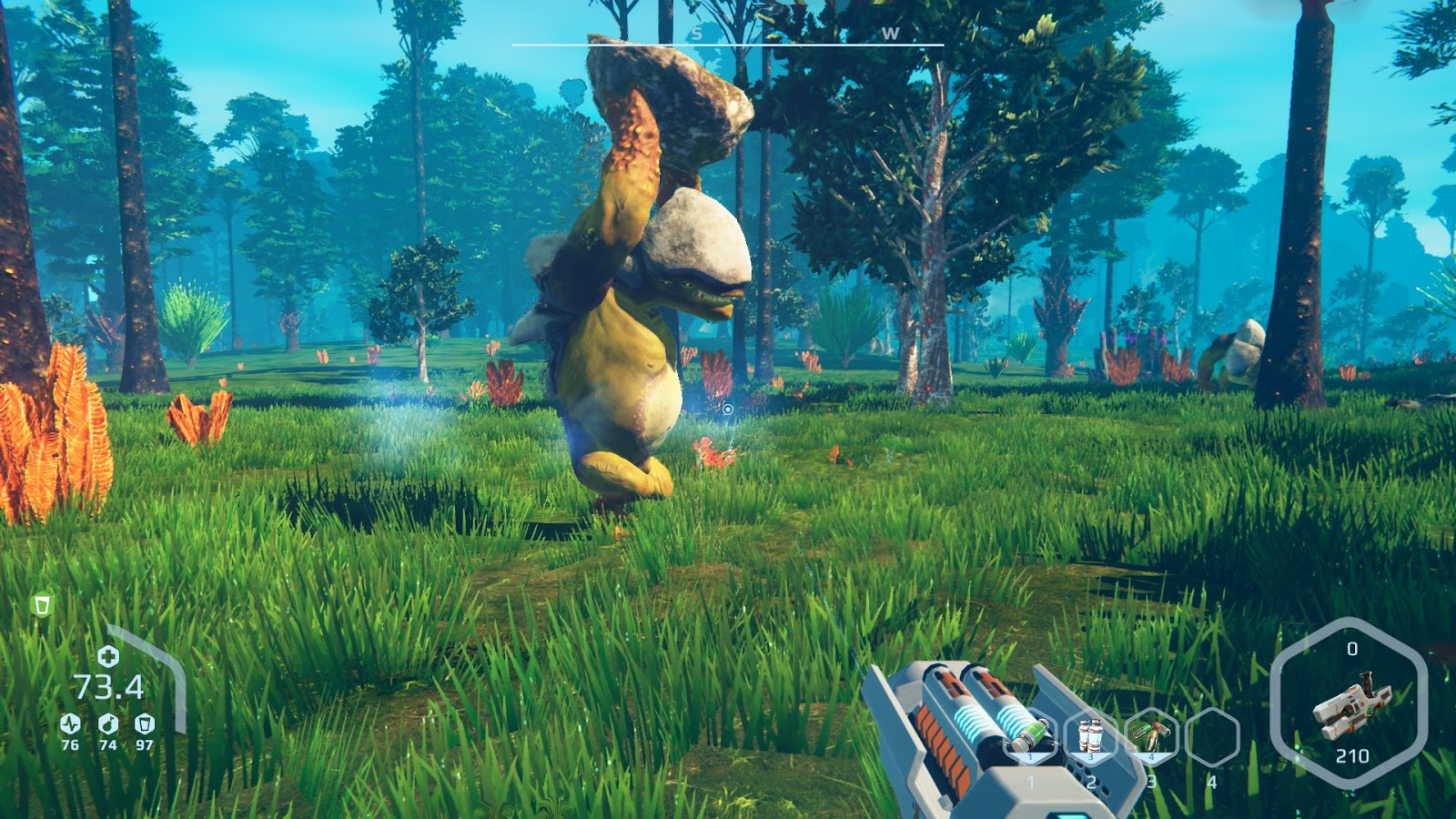 Having a few replicators may not be a bad idea as once you select what you wish for your raw materials to be processed into the machine takes the materials from your inventory and processes until there’s nothing left to process. You don’t need to wait around either and can simply come back later in order to pick up what you ordered to be done. Queues can be set but all depending on the size of the operation and the time you wish to spend away more than one producer is a good idea.

Once you have these refined materials in your inventory it’s time to get building. Planet Nomads has two separate interfaces, one for exploration and the other one for building. Picking what you wish to build you find an appropriate spot to place it and then the framework is set up in that location. To finish the process you use your multi tool’s energy to put it all together as long as the materials are in your inventory. Without it, you aren’t going to be going very far with your construction projects.

Building up your first little base should be one of your primary goals or finding a good cliff to carve a roof out of because even with an environmental suit things are going to get ugly. Once it starts to rain you won’t have much time in order to find a place to take shelter because if you take too long you’ll be poisoned and your health is obviously going to take a hit. On the subject of both your health and not being able to take a hit the wildlife is something to be avoided in larger groups as your multi-tool is more of a crafting device than a weapon. Does it work as a weapon? Yes. Should it be your primary weapon? Nope.

Planet Explorers works well and is fun to play but it still has some improvements to be done especially in the resource gathering department. Aside from that, it’s shaping up to be a great experience and all depending on controller support could make an easy leap over to the consoles.